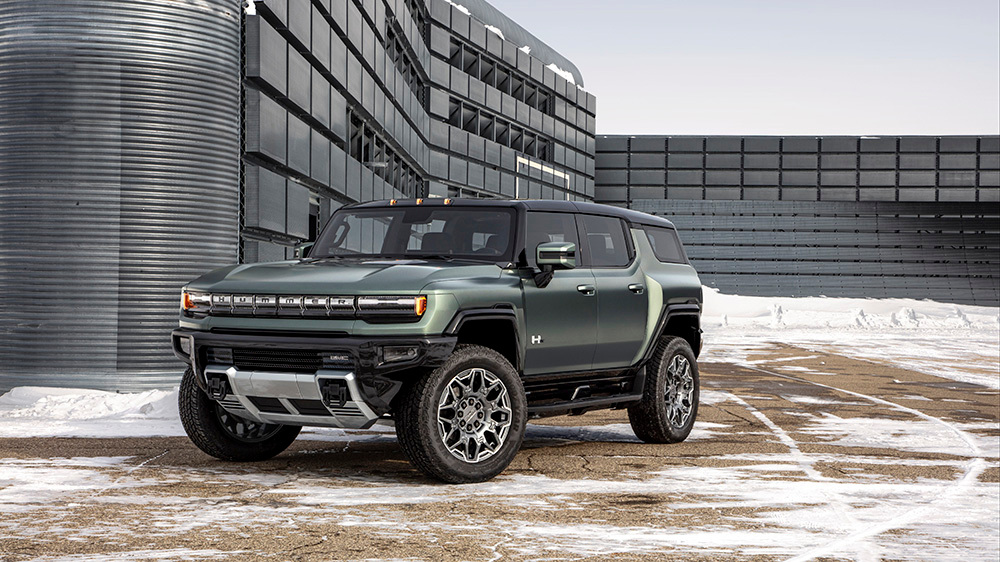 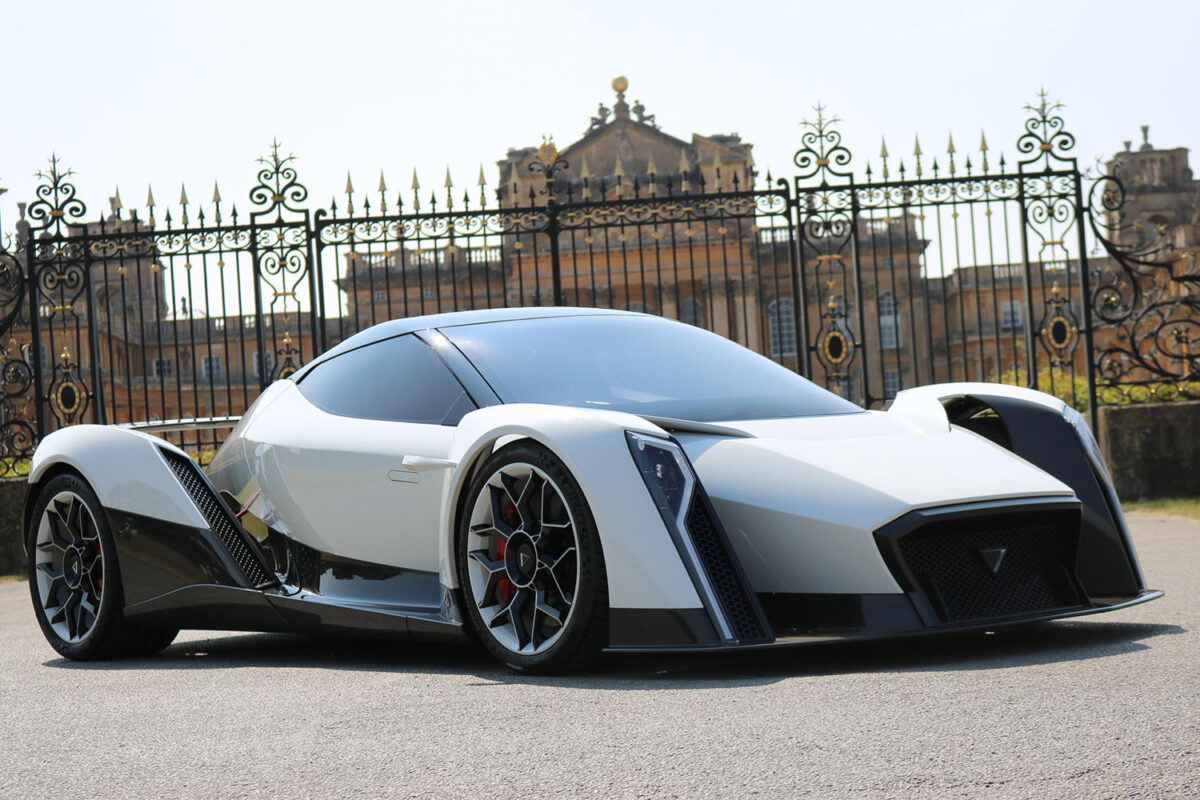 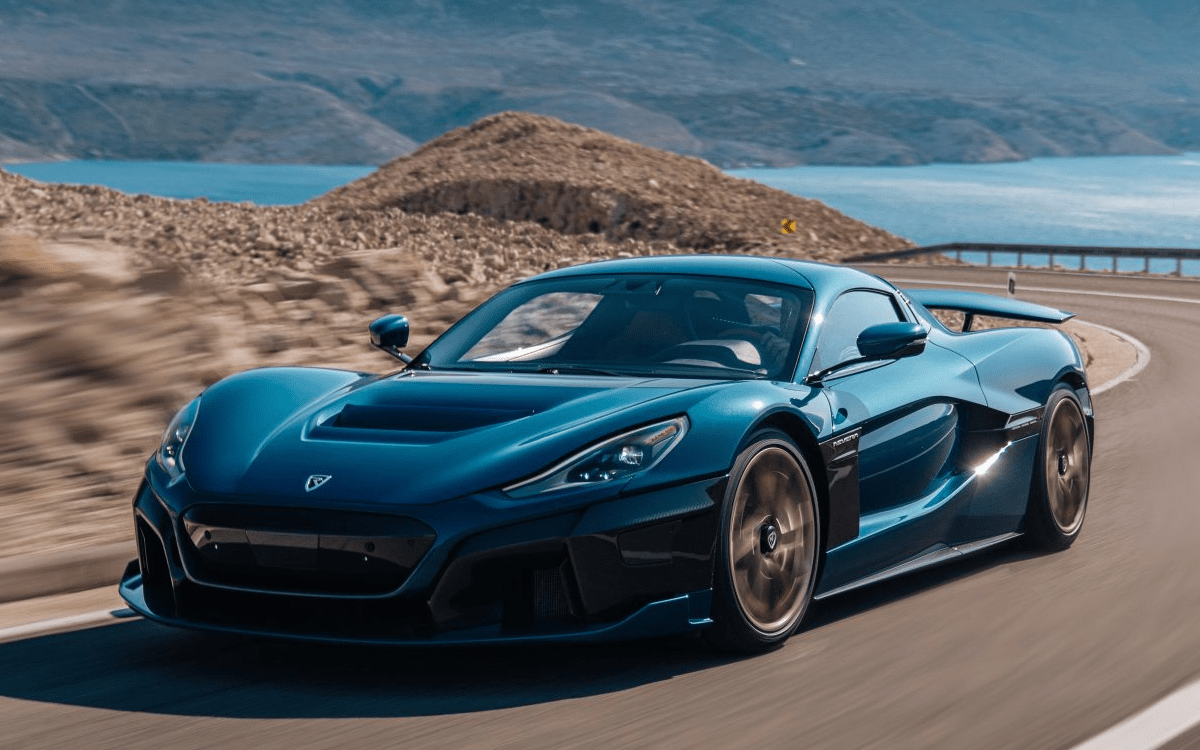 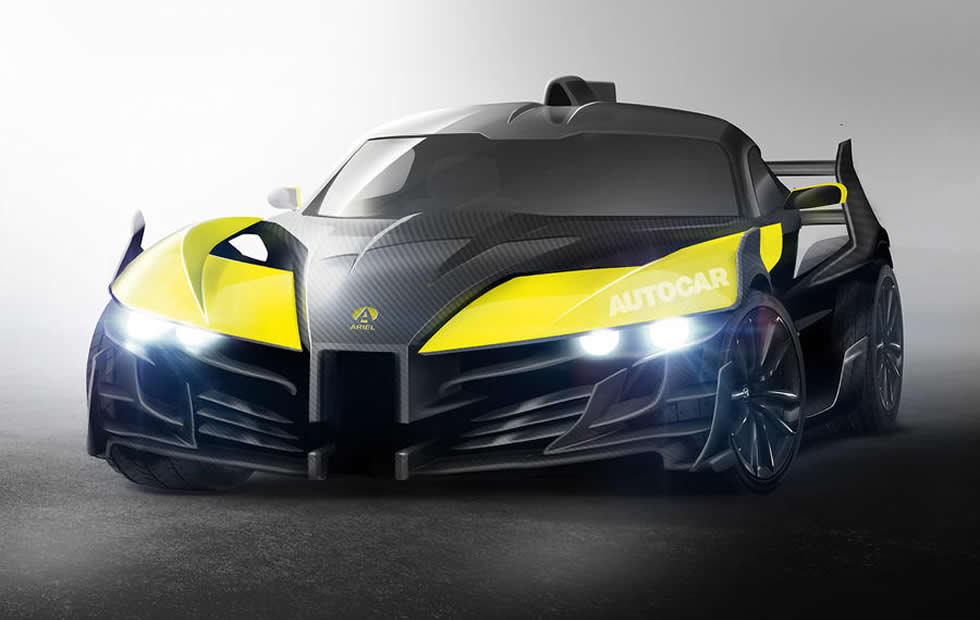 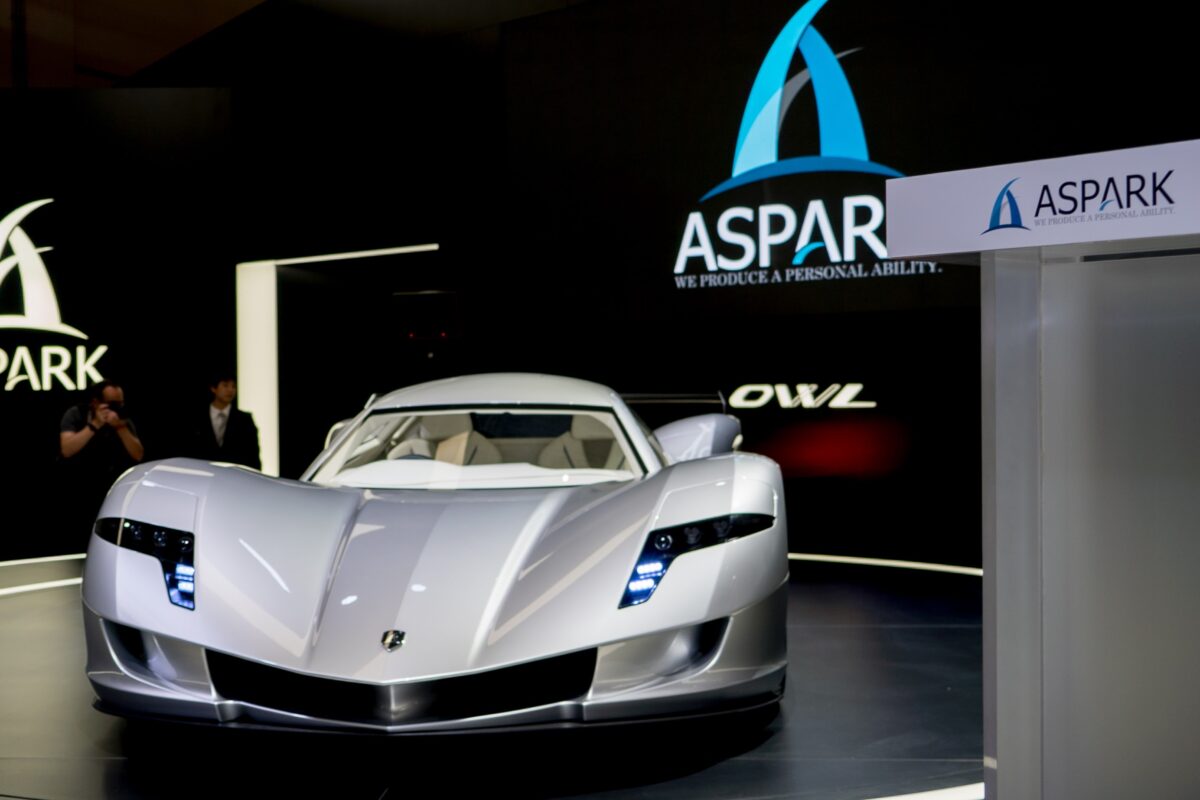 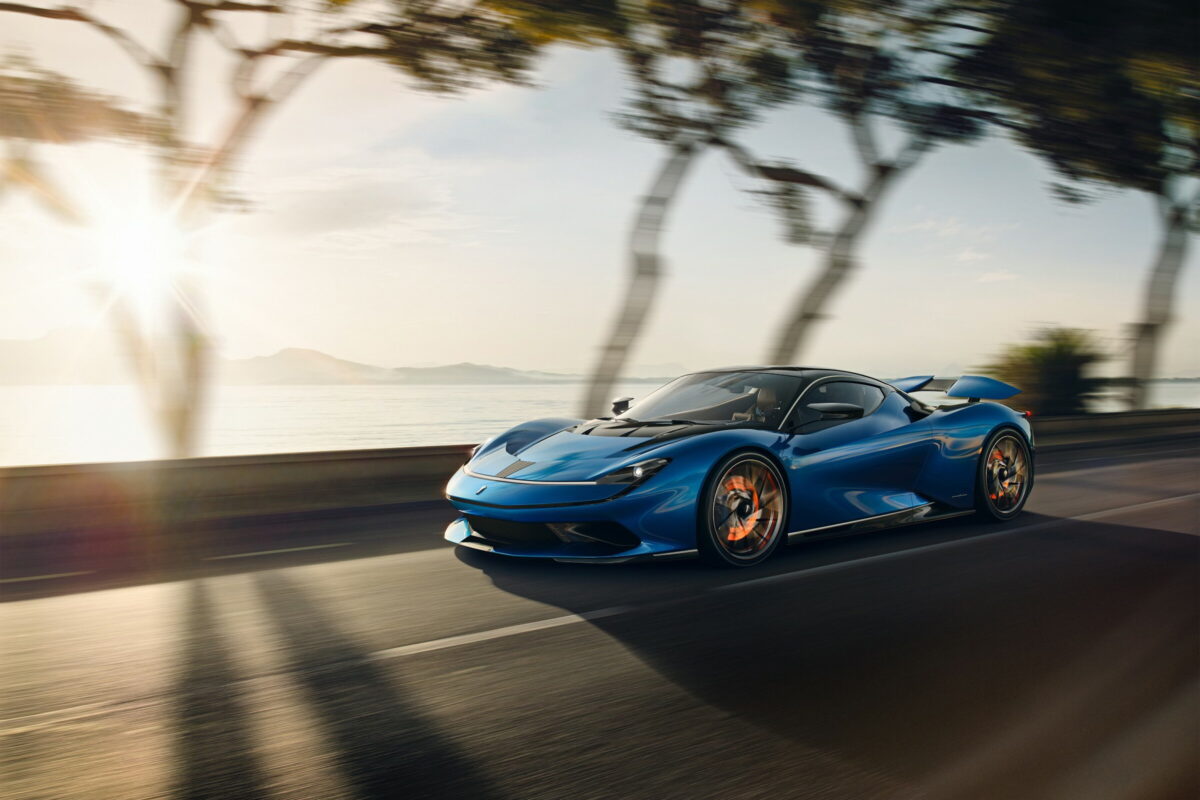 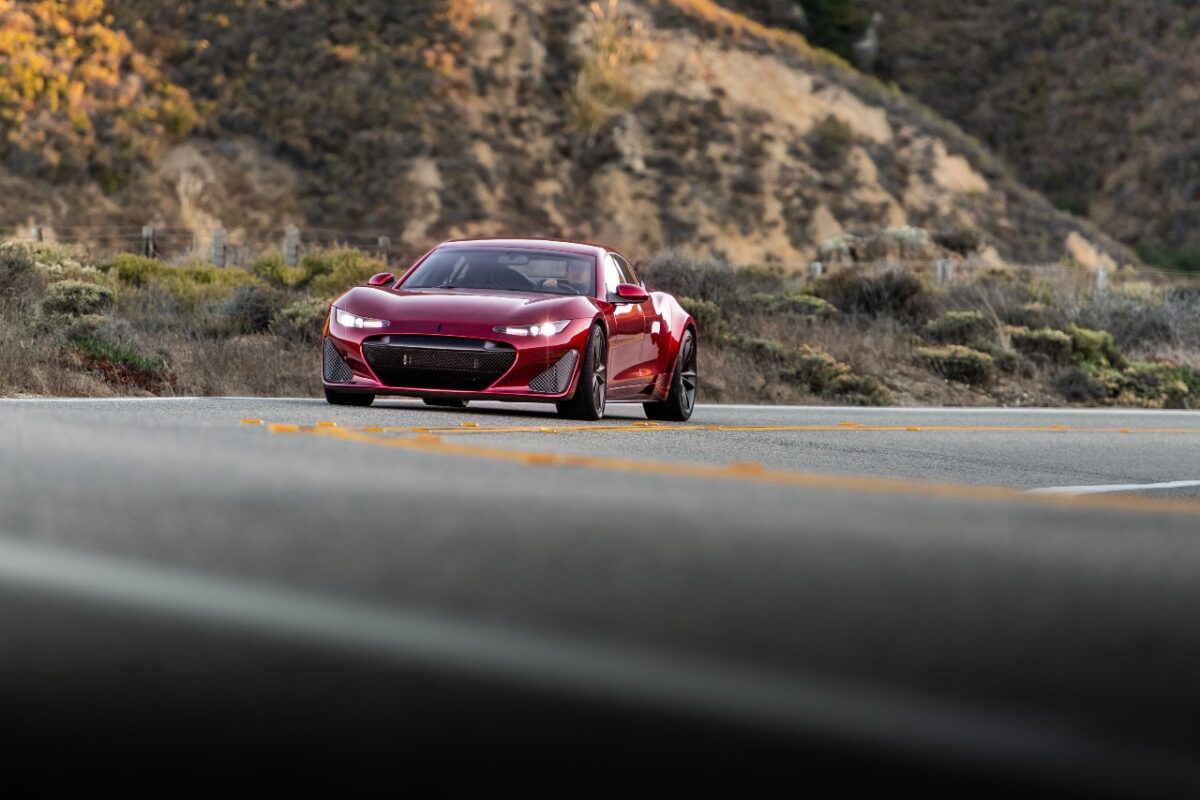 We can all agree that electric cars had a meteoric rise from an obscure gimmick to a mainstream automotive trend in just a few years. There are several factors that help companies like Tesla achieve that. We can discuss the circumstances of its success for days, but we can all agree that one of the main factors that helped the most is the insane acceleration potential of EVs. It took just a few well-organised drag races against ICE supercars to show to the world that next-level acceleration figures are not followed by the roar of a V12 engine but by the eerie humming of electric motors. Sublime acceleration served as a basis for introducing a whole new class of super and hypercars, and today we are covering precisely that kind of vehicle. These insanely fast and expensive machines offer their owners not just ballistic 0 to 60 mph times but also insane handling due to innovative torque vectoring capabilities. This makes EV supercars and hypercars a fantastic window into the future of the automotive industry.

With four electric motors, 2,000 hp of combined output, a 70 kWh battery pack, and an estimated range of 250 miles, the Lotus Evija is one of the most anticipated supercars of 2021. It is also a symbol of a new direction for Lotus as a brand and an impressively capable EV with 0 to 60 mph time of under 3 seconds and a top speed of 200 mph. However, some characteristics are not exactly in sync with the company founder’s philosophy. Legendary Colin Chapman insisted on the “Simplify and add lightness” mantra, and the new Evija is far from simple. It is also far from light with almost 1.7 tons of curb weight and not precisely cheap with a 2 million pounds asking price.

Although it has four doors and is the shape of a sedan, the Drako GTE is a proper supercar according to its numbers and power output. Designed in California, this luxury car resembles the ill-fated Fisker Karma, but instead of using a hybrid powertrain, it relies solely on electricity and its four electric motors. The power output is 1,200 hp and an astonishing 8,800 Nm of torque. The battery pack is 90 kWh which is enough for an estimated range of 250 miles. Despite being a four-seater, the GTE can still reach 60 mph in less than 3 seconds and top 206 mph.

The legendary Italian coachbuilder was faced with bankruptcy and looking for a way to reinvent itself and still preserve the connection with the glorious past. Here is the solution – a fully electric supercar named after the company’s founder. Using help from Rimac, the Battista delivers impressive power and performance. The overall power output is almost 1,900 hp, courtesy of a massive 120 kWh battery pack. This firepower makes the Battista go from 0 to 60 mph in less than 2 seconds and easily top 200 mph. A big battery results in an impressive range, which is estimated at 310 miles. The price is also eye-watering, and if you want one then be ready to pay close to 2 million pounds with production set to only 150 examples.

A very interesting newcomer to the EV supercar segment comes from an Italian startup with a cool name and exotic design. The Estrema Fulminea looks gorgeous and amazes with its power and technology. But besides its unique looks, the Fulminea uses an innovative combination of solid-state lithium battery pack and ultracapacitors, which results in a respectable 100 kWh battery capacity and range of over 320 miles. But even though long range is essential, what is crucial for a hypercar is the power and performance, and Fulmiea excels in both fields. The four electric motors deliver 2,040 hp and will send this EV to 60 mph in under 3 seconds but more impressively, it will reach 200 mph in less than 10, which is more like a fighter jet. Production should commence in 2023, and only 61 will be built!

The first Tesla Roadster was a revolutionary but not very good electric vehicle. However, the next one, due for release soon, should be astonishing in every aspect. Elon Musk promises 1.9 seconds 0 to 60 mph times, top speed of over 250 mph, and 600 miles range. Those are incredible numbers that are still in the realms of sci-fi, but Tesla is planning to equip the Roadster with a giant 200 kWh battery pack, which they’re hoping will make Elon’s promises a reality. What is really interesting is the rumored price which should be somewhere around $200,000. Even though it is still a lot of money, it is quite cheap compared to some of the other EV supercars on the market with similar performance and appeal.

Amongst the strangest EV hypercars, the Aspark Owl has a special place. Not only due to its unusual name but also due to the fact that not a lot is known about this model or its company. However, what we do know is pretty impressive, from the lightweight carbon-fiber chassis over 2,012 hp power output to the very bold claim of 1.69 seconds 0 to 60 mph time. Even though this is not documented, we are sure that the Owl can produce incredible acceleration figures bending the rules of physics. Interestingly, despite the massive power, the battery pack is relatively small at 69 kWh. The manufacturer estimates range at 250 miles which is a decent figure.

Ariel already has the attention of sports car fans with its insane lineup of Atom models, characterised by low weight, go-kart looks, and incredible performance. With the upcoming P40, Ariel wants to take things to the next level with an electric supercar with four seats and very innovative tech. First, there is 1,180 hp provided by four motors and powered by a liquid-cooled 42 kWh battery pack. Second, Ariel envisioned a “range extender,” which is a turbine-powered device mounted on top of two rear engines producing 34 kWh of power designed to provide additional electricity. Even though the details about this supercar are still somewhat scarce, the official photos are amazing, and the company’s reputation ensures that this will be an extraordinary machine.

The Nevera is the latest model from Croatian EV powerhouse Rimac. You might know it under its previous name C_Two which was the concept model. The production version is renamed Nevera and has recently been offered to the general public. The production cap is set on 150 cars, and its specifications are really impressive. It has four separate electric motors powered by a massive 120 kWh battery pack. The combo can produce 1,914 hp and 2,360 Nm of torque and allegedly reach 60 mph in an insanely quick 1.85 seconds! With an asking price of around $2.5 million, the amount of money needed to park the Nevera in your garage is equally impressive as its performance.

Lotus Evija is not the only British electric supercar on the market, and despite the strange name, Dendrobium D-1 proudly wears a characteristic British Racing Green paint job. The technical layout consists of four electric motors, 1,800 hp power output, and sublime performance; the D-1 is a force to be reckoned with. The serial production is expected to commence soon and if you are smitten by the unique design and 2.7 seconds to 60 mph (200 mph top speed), be ready to pay around 1.2 million pounds.

Maybe we’re wrong to call the Hummer EV a hypercar due to the fact that this is a big and heavy SUV, but nobody could argue that it possesses the performance of a proper supercar. Just look at the numbers; the top-spec model has 1,000 hp, 350 miles of range, a massive 200 kWh battery pack, and an insane curb weight of over 4 tonnes! But regardless of the fact that it is the size and weight of an average family house, the Hummer EV can sprint to 60 mph in 3.0 seconds flat, making it a surprisingly quick and capable vehicle, which bends the definition of the term “supercar” and the laws of physics.

So that’s MyCarHeaven’s top 10 electric supercars and hypercars. Let us know your favourite in the comments! 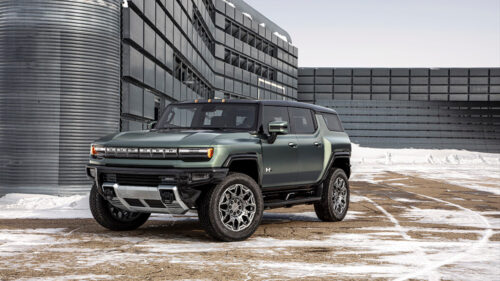