Stoner Supercar Sunday took place at the Stoner Estate in Oxfordshire on Sunday, the 4th of July. Pre-show hype claimed it was going to be the biggest Stoner Supercar Sunday ever and there would be £100 million plus of supercars on display, but with the weather looking sketchy at best with lots of rain forecast pre-show, who knew how many cars and attendees would show up.

Not to fear, there were a few downpours, but they only lasted 5-10 minutes. Us Brits are made of stern stuff, and the show was packed. The event was much larger than 2019, with various classes of cars/ themes. In front of the house there were various categories of classic cars on display, these being several Alfa Romeo 8Cs, American muscle cars, lots of Lamborghinis and the cars in the middle were all owned by lady drivers (Girl Power they called it).

Unfortunately the weather was inconsistent with a few showers, but it didn’t spoil the day as most of the day was sunny and it was warm.

Cars that stood out to me in the American muscle car class were the Ford Mustang GT 350’s of which there were three I believe.

Of all the Lamborghinis on display at the front of the house it was hard to ignore the Lamborghini Huracan STO (below) with a very distinctive green and orange metallic paint work, stunning and it certainly stood out, just like a Lamborghini should.

We also very much liked the Lamborghini Diablo SV (below) in yellow, a car I personally had as a poster on my wall as a kid, and certainly a car I want in my fantasy garage and hopefully I’ll own a real one one day.

Two of our favourite cars from the day which were placed near the Stoner House front lawn were the Maserati 250S (below) and Ferrari 250TR/ 3000S. Both beautiful cars and these two cars made it into our top 10 cars of the show in position 1 and 2 respectively.

A bit amusingly even though the show is called Stoner Supercar Sunday, the actual supercars were allocated parking some way away from the actual house. There was a good array of supercars, however, a few cars you’d have to question are not supercars like a Toyota Supra and. BMW Alpina. Always frustrates me a little.

The show was well attended by car clubs as well which helps with the volume of cars to see. In attendance were Lamborghini, Aston Martin, Porsche, Morgan, Drivers Union & Supercar Society.

There were more food and drink stalls this year, but I feel for the six hours the show was open there could have been more to do, more interviews, more awards (best club display for example, car of the 80s, 90s, 00’s, etc), more stories from owners/ people or cars of interest. More for the kids to do. They had one simulator, but that’s all. If I’d taken my kids and wife (not into cars) they’d have been done in 1 hour. So room for improvement there. Work in progress no doubt. It was certainly a much better event than last time (2019) so well done to the organisers, marshalls, the Stonor Family, car owners that attended with their cars and the visitors. Looking forward to next year…

For more Stonor Supercar Sunday news, views, photos, videos and reviews you can get more information here. For more Top 10s check this out.

You can see all our photos from the day here on our Stonor Supercar Sunday 2021 Album. 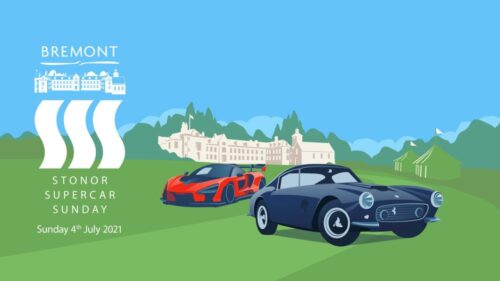