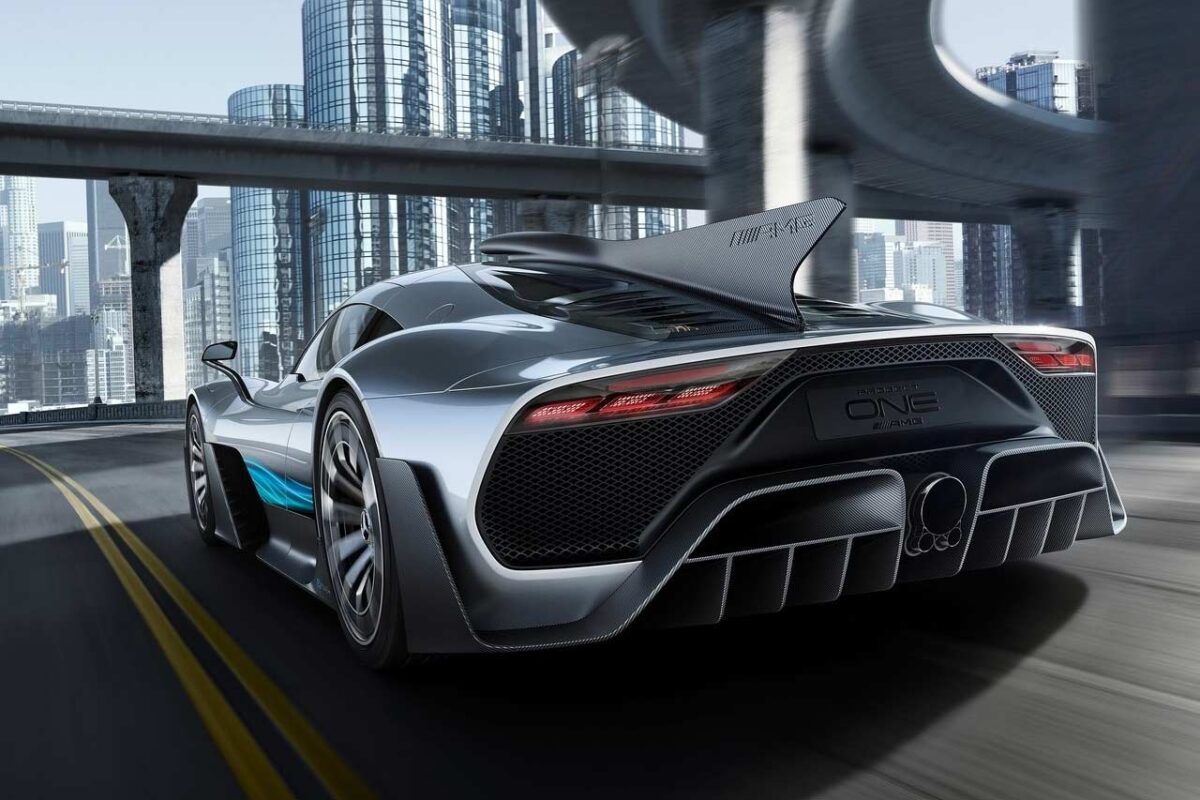 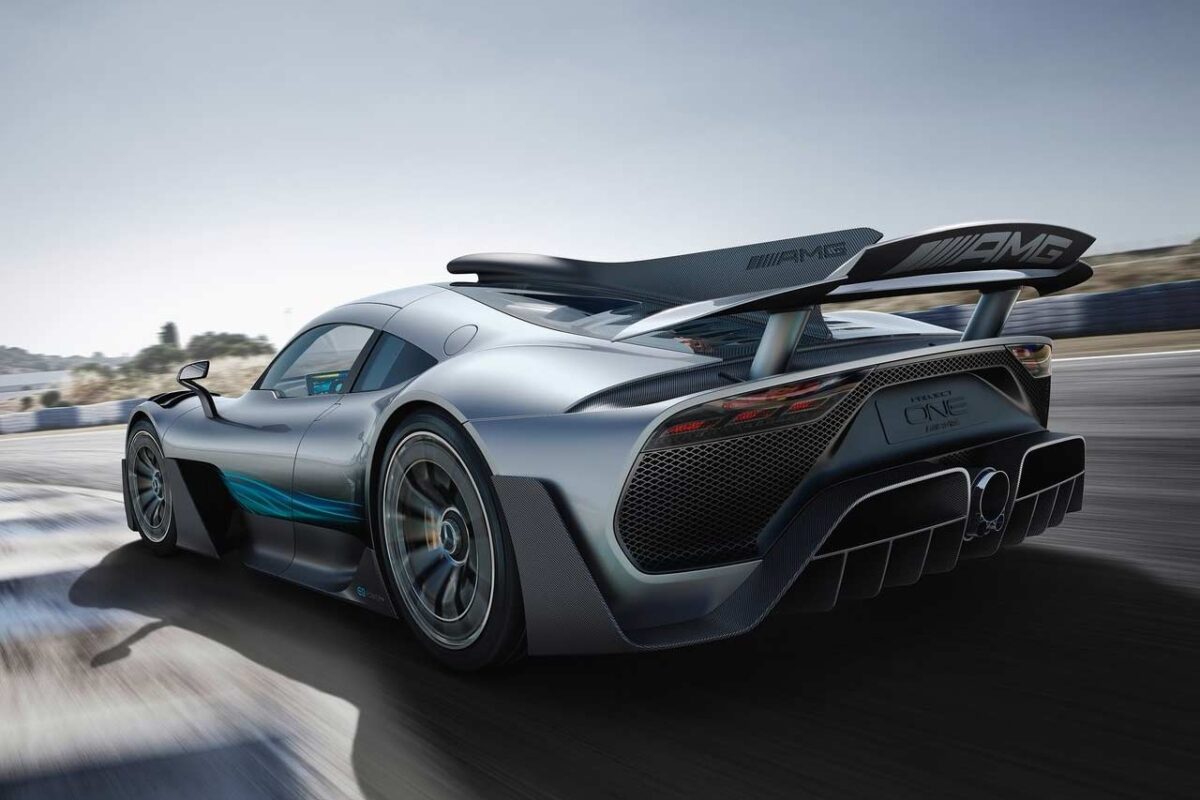 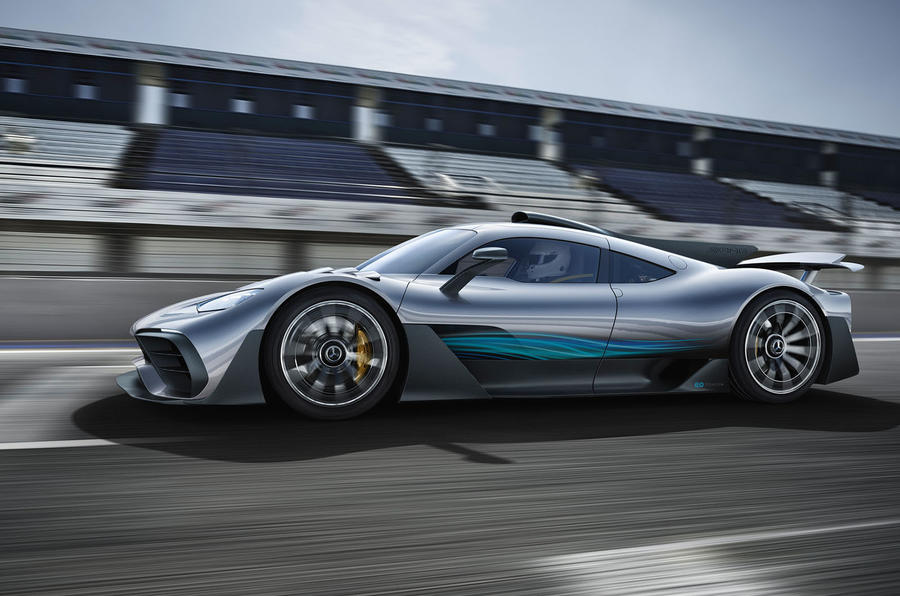 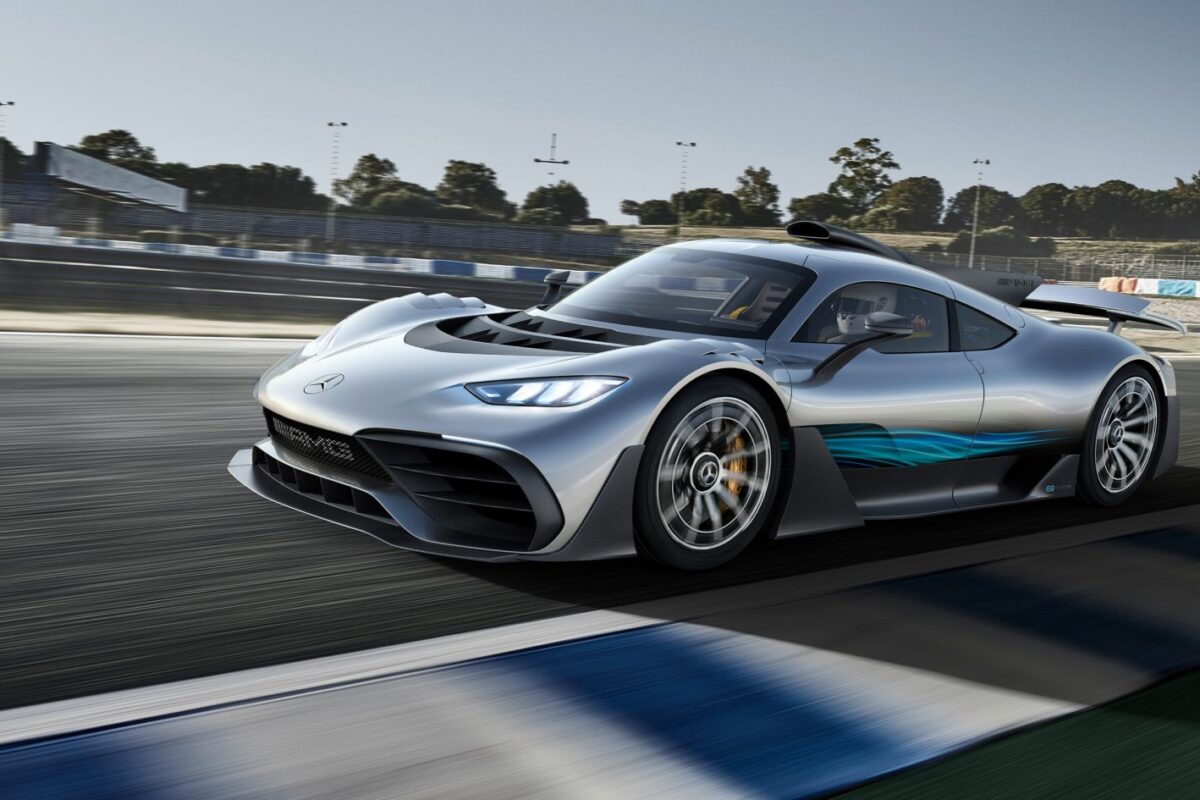 Putting an F1 engine into a road car isn’t easy, but Mercedes have achieved this with their new hypercar AMG ONE. The Mercedes-AMG One is an upcoming limited-production plug-in hybrid sports car manufactured by Mercedes-AMG, featuring Formula One-derived technology.

This car was unveiled at the 2017 International Motor Show Germany by Formula One driver Lewis Hamilton, who worked on the development of the car, and Head of Mercedes-Benz Dieter Zetsche.

The production of the car is planned to be 275 units at a price of US$2.72 million per unit, all of which have been already sold. Mercedes-AMG received orders for four times the production amount, but have stated that production will not be increased from the planned 275 units, in order to maintain the exclusivity of the car.

The powerful, eye-catching Mercedes-AMG ONE brings Formula 1 hybrid technology directly from the race track to the road. This lightning-fast, two-seater show car produces over 1,000 hp and reaches top speeds in excess of 200 mph. Featuring the same 1.6-litre V6 hybrid petrol engine as the Mercedes-AMG Petronas Formula One Team race car, the ONE’s drive system also includes a total of four electric motors, capable of a staggering 50,000 rpm. The combustion engine working in conjunction with the electric turbocharge means that this show car obtains significantly more drive energy per litre of fuel.

Inside, the cockpit has a stripped-back, functional aesthetic that underlines its motorsport pedigree. Every part has a specific purpose, from the two free-standing 10-inch displays to the contoured bucket seats, finished in slip-resistant black microfibre and nappa leather, with a sporty textile mesh to optimise air circulation.

With revolutionary aerodynamic bodywork, the One promises performance that’ll nip at the heels of a modern grand-prix racer, reaching 124 mph in six seconds on its way past 217 mph. 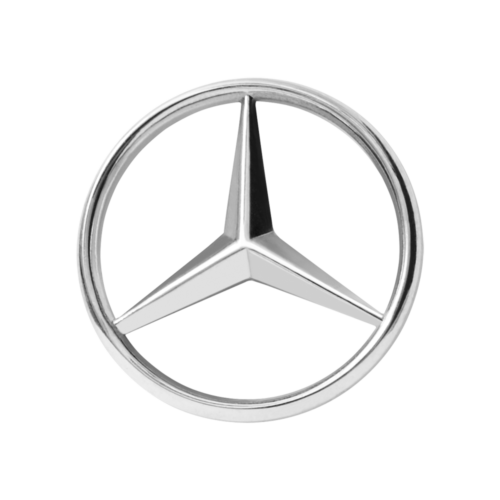 10 Coolest and Most Unique Cars Ever Made