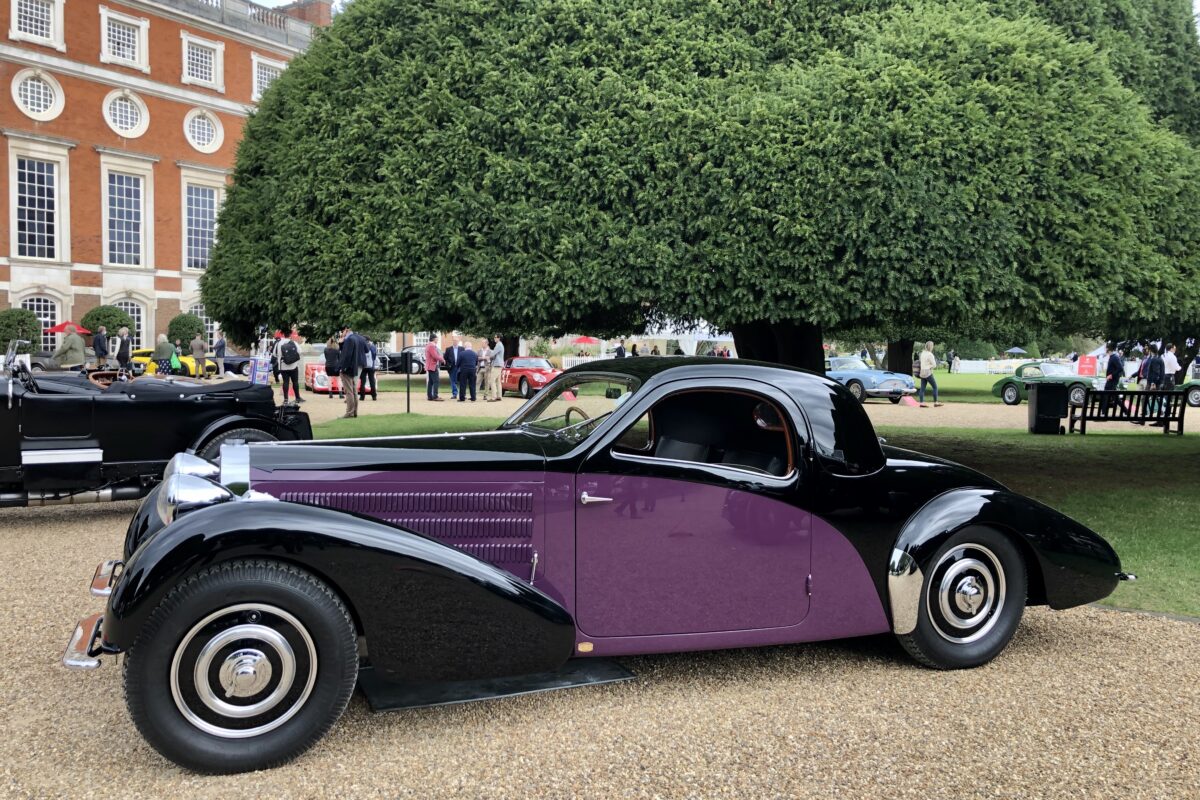 Many consider the Bugatti type 57 to be the pinnacle of Bugatti’s touring models. Revealed in 1934, it was the first car built under the direction of Jean Bugatti. He was also instrumental in the design of the new Bugatti Type 57 engine, a 3.3-litre straight-eight producing 140bhp at a time when the equivalent Bentley figure was a ‘paltry’ 115bhp.

The biggest selling point over and above the mechanical design was the stunning body styling drawn up by Jean and in-house carpenter-wheelwright, Joseph Walter.

The Ventoux two-door, Galibier four-door and Atalante Coupé were later joined by the Aravis Coupé and the open Stelvio, from renowned local coachbuilder Gangloff. The Bugatti Type 57 enjoyed competition success as well, although these triumphs were bittersweet for Bugatti, as Jean was killed whilst testing for the La Baule Grand Prix, at the end of the decade.

This Bugatti Type 57 Atalante, chassis 57633, was ordered in February 1938 by wealthy French industrialist Fernand Crouzet. He asked Gangloff to create a one-off, and its unique features included long rear wings, a bootlid-mounted spare-wheel, special bumpers and disc wheels. The car survived World War Two unscathed, via several changes of owner, and post-war it was refurbished and put to use as transport for the French Embassy in London.

By 1955 it was in the hands of marque historian Kenneth Ullyett, who used it regularly until he passed away in 1977.

Upon his widow’s death ten years later, it was consigned to a Sotheby’s auction as a restoration project. Moving forward to 2003, it was bought by US property magnate and collector Peter Ministrelli, who embarked on a body-off renovation to return this magnificent Bugatti to its original specification – majestic black over purple colour scheme aside.

At Pebble Beach in 2005 it was awarded second in class, and the following year saw it win both ‘Best in Class’ at Amelia Island and outright at the Michigan Region Grand Classic－the latter with a outstanding 99.5-point score. Ministrelli then sold GNE the Bugatti to raise funds for charity, and the buyer, collector David Wooley, brought the car to the UK.

A year later, he sold it to the current owner, another well respected collector. As part of the arrangement the Atalante was taken to Gentry Restorations and thoroughly checked over and recommissioned where necessary to make sure the mechanical aspects were in as good an order as the cosmetics－which today, remain second to none.