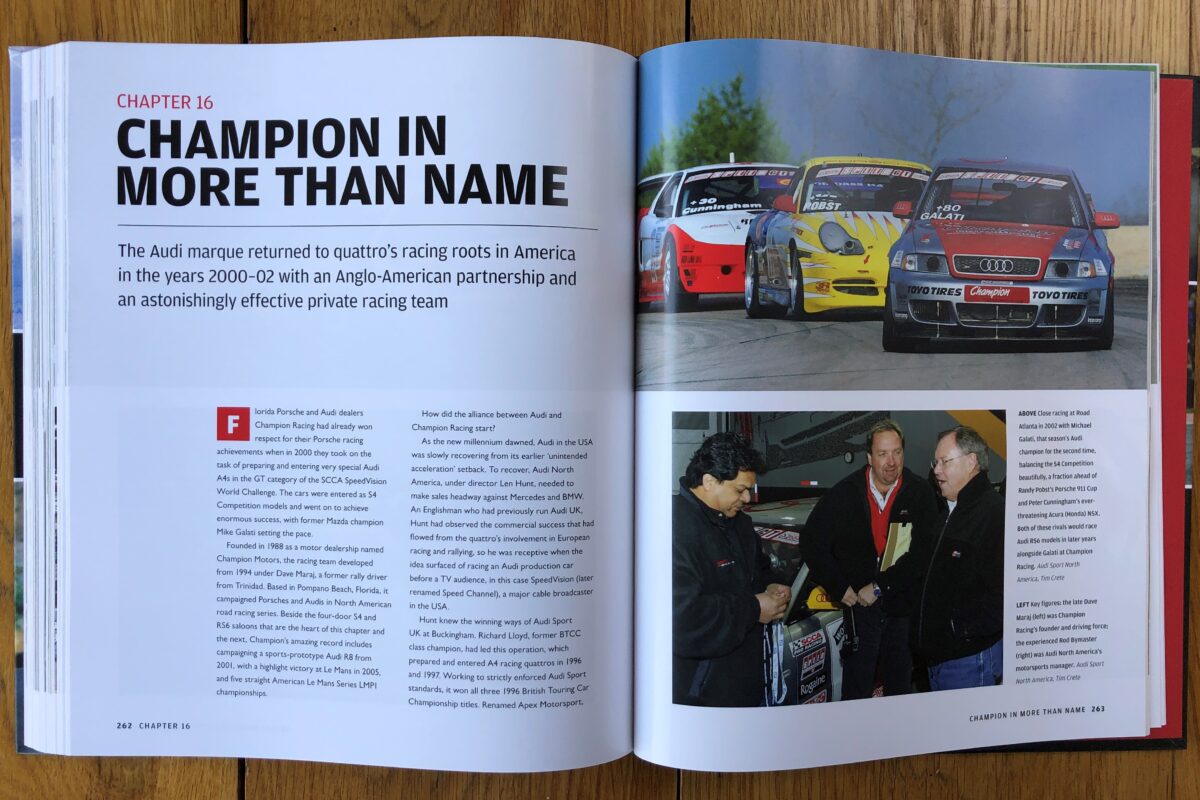 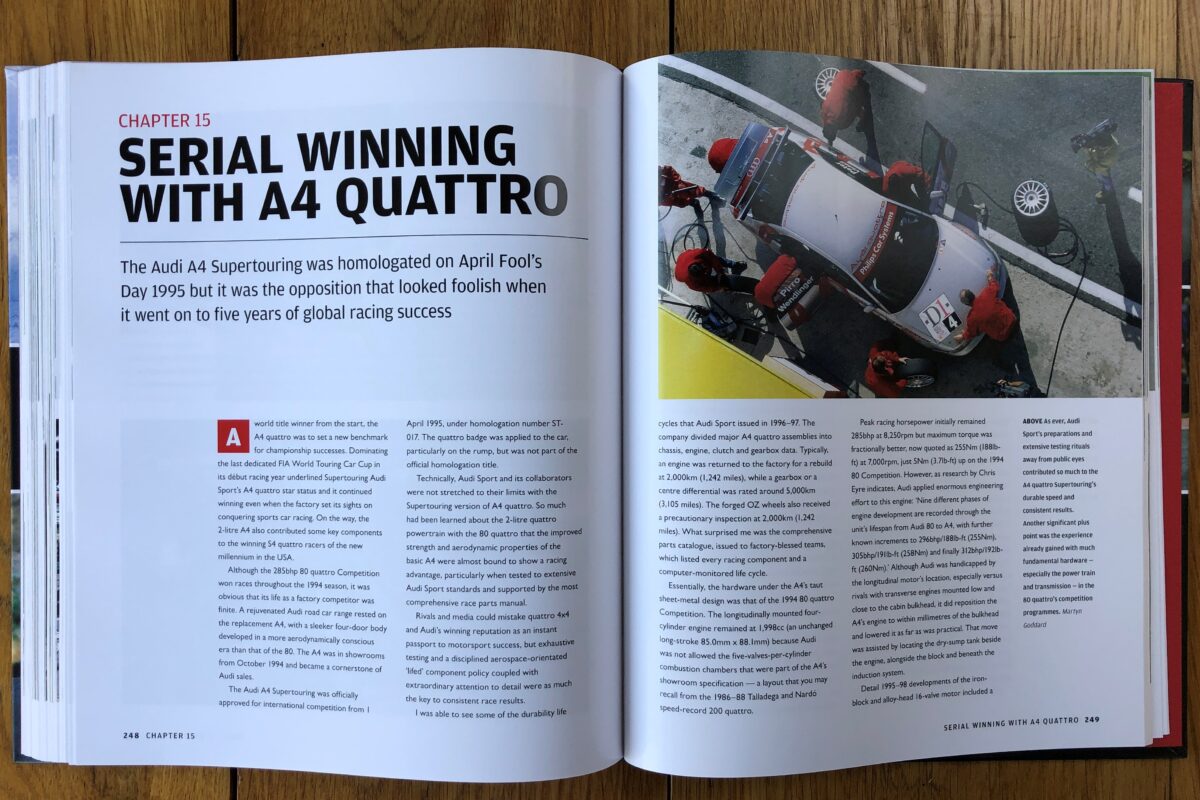 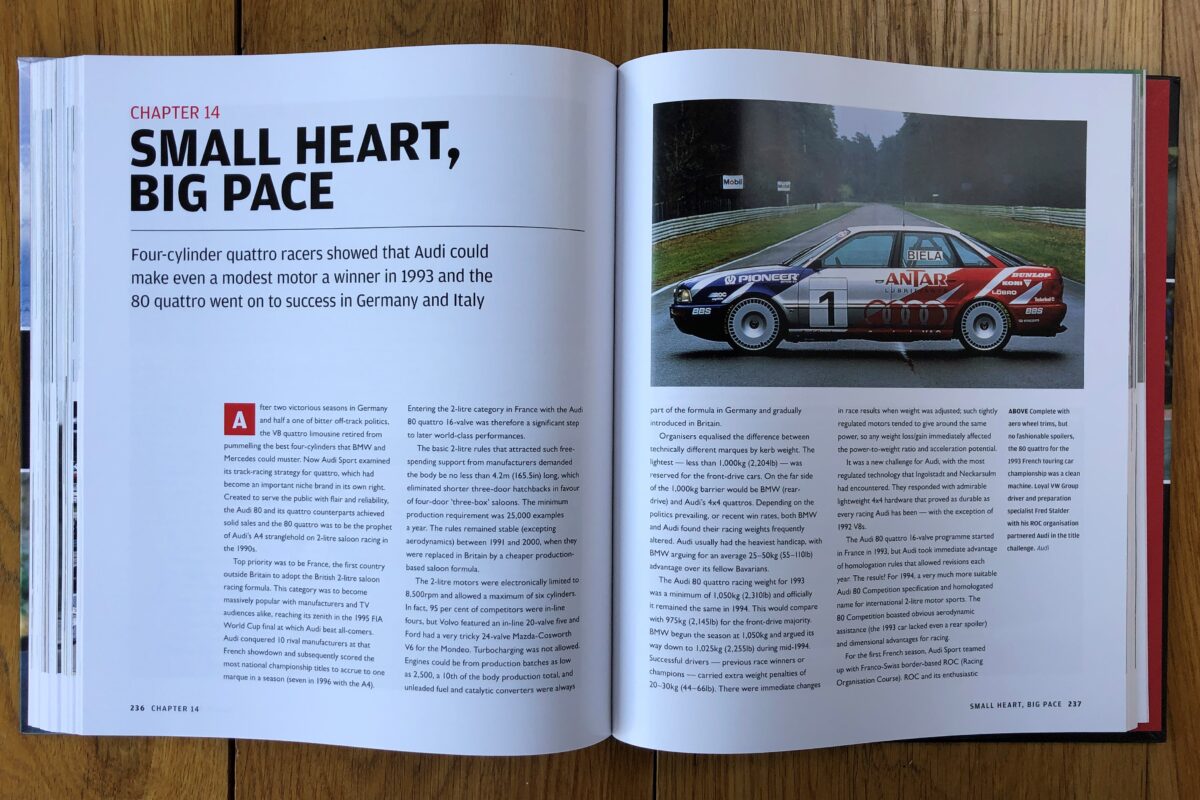 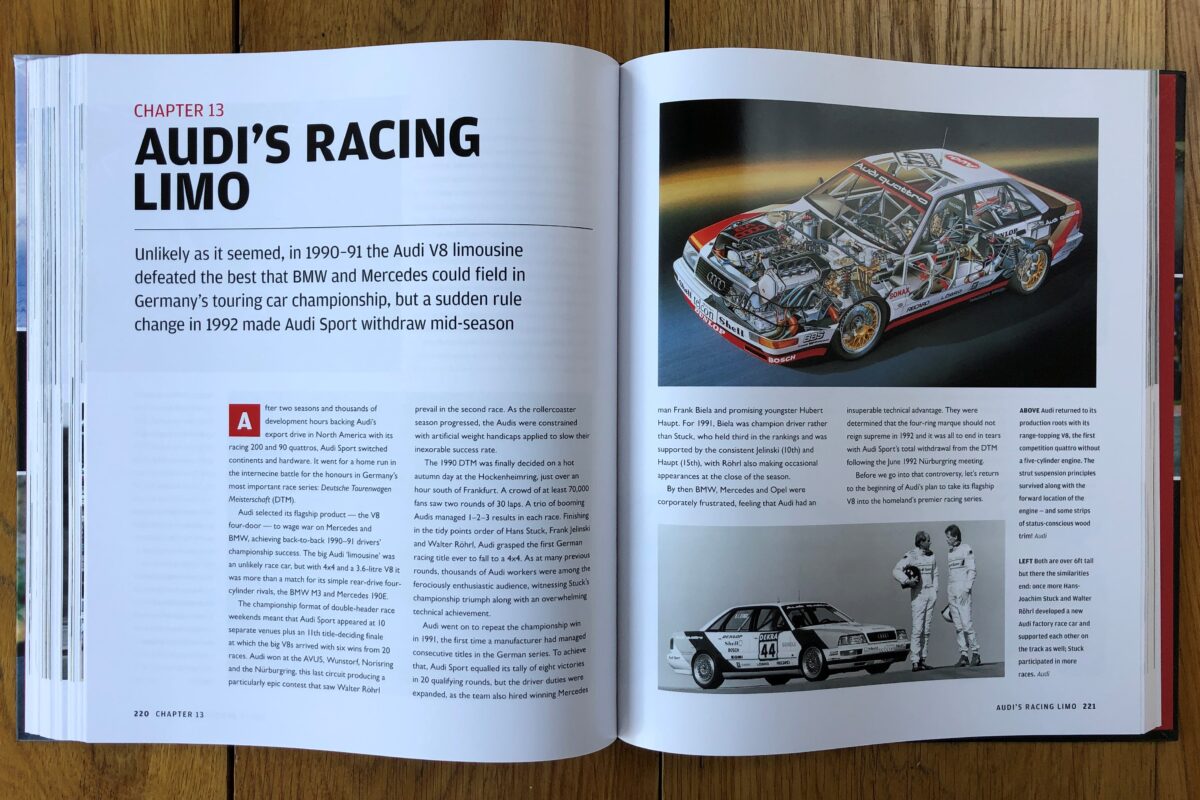 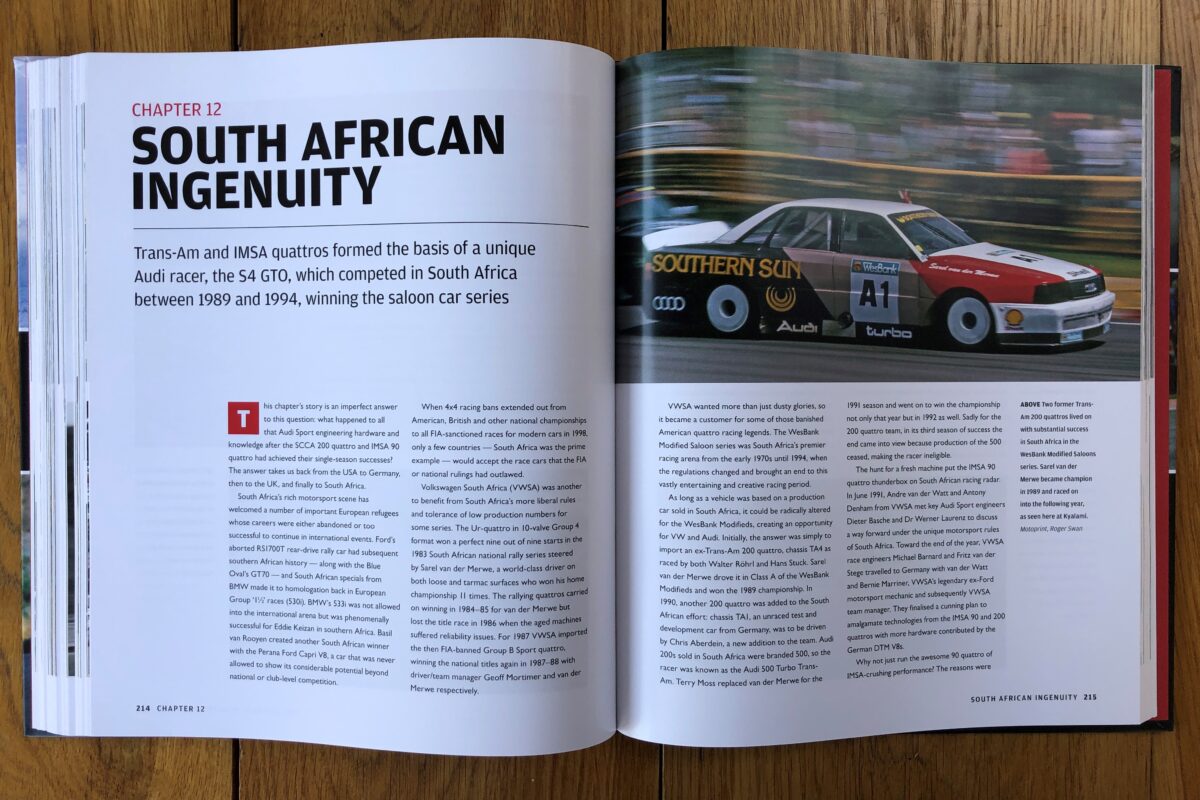 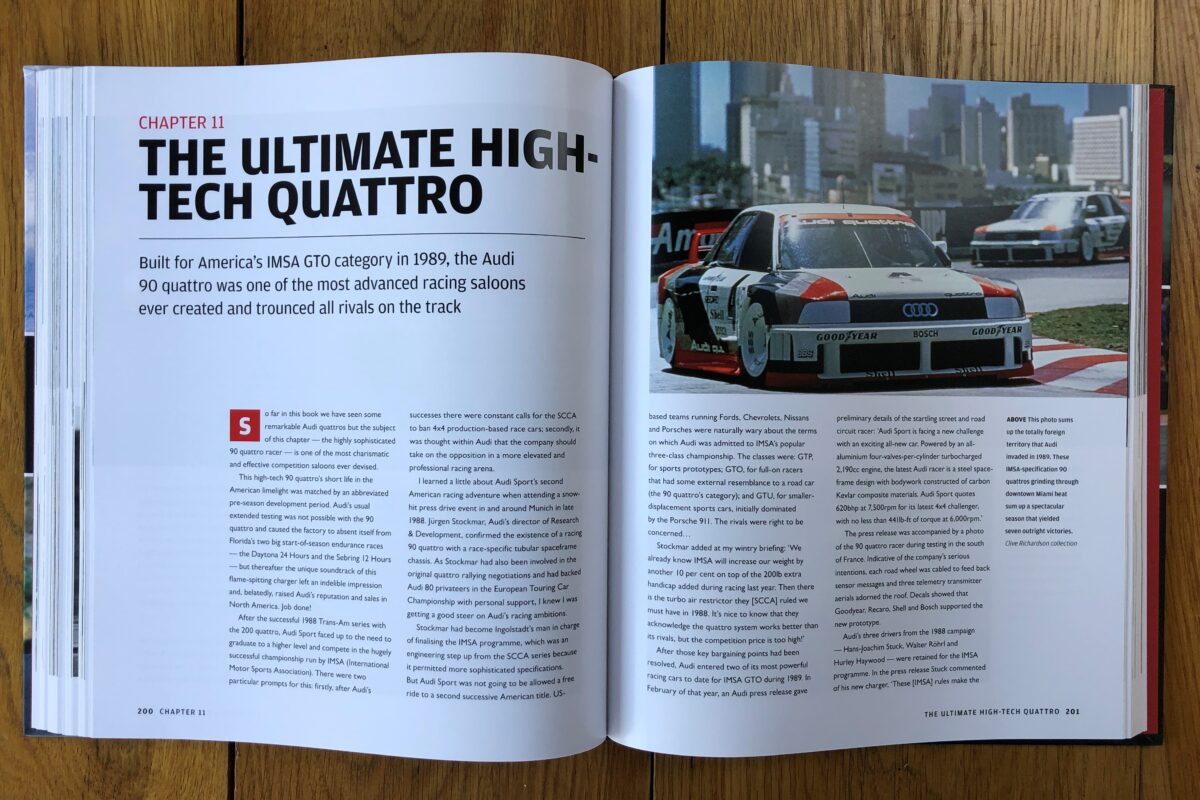 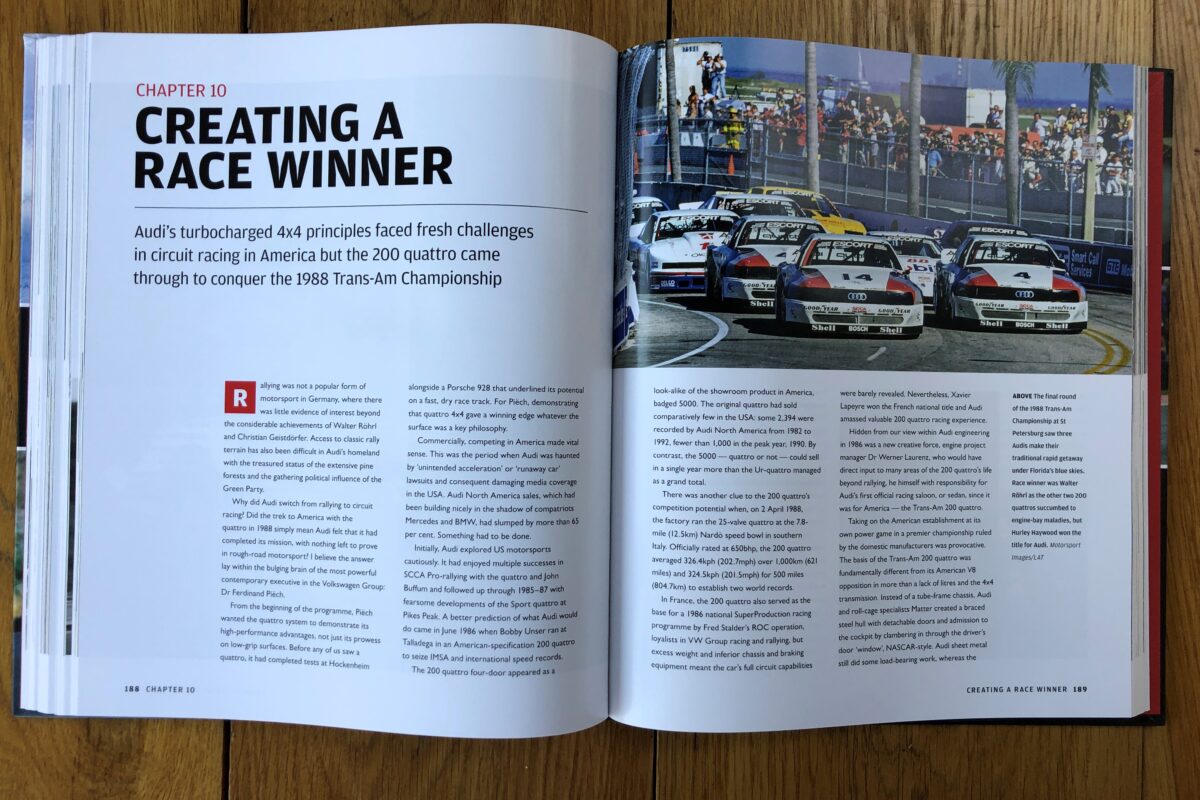 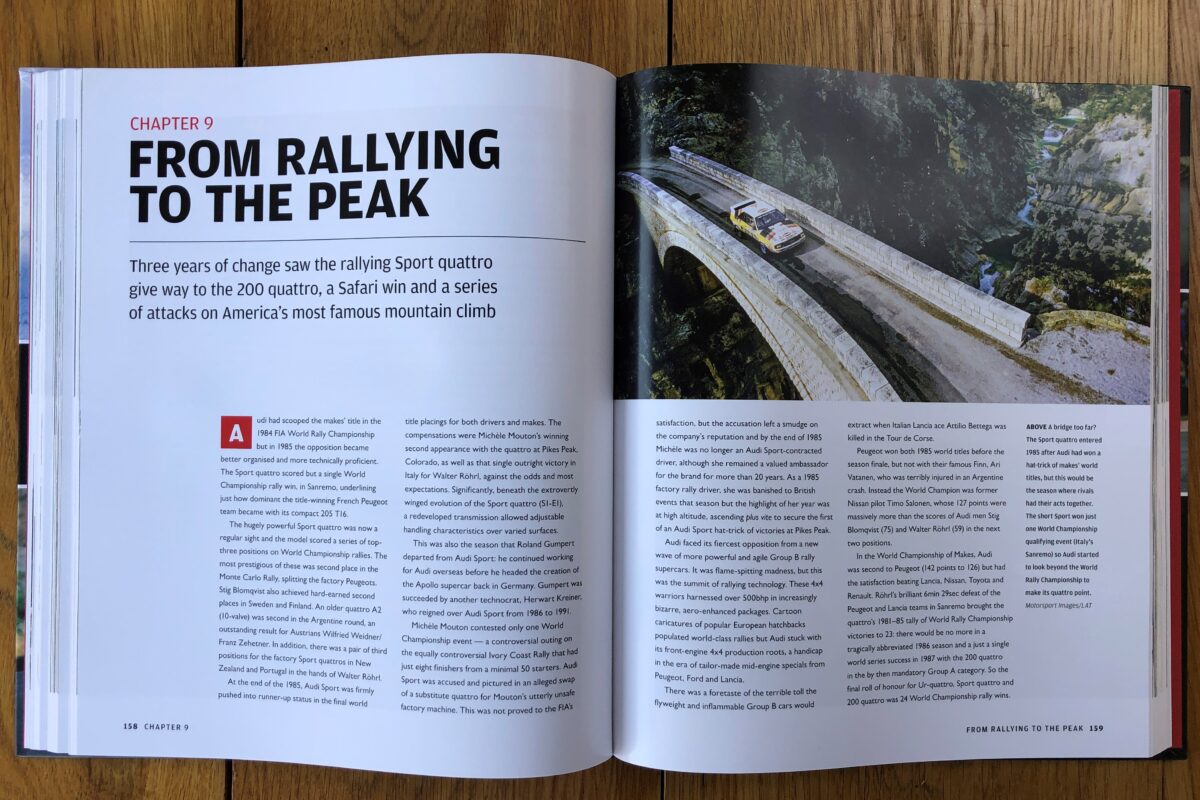 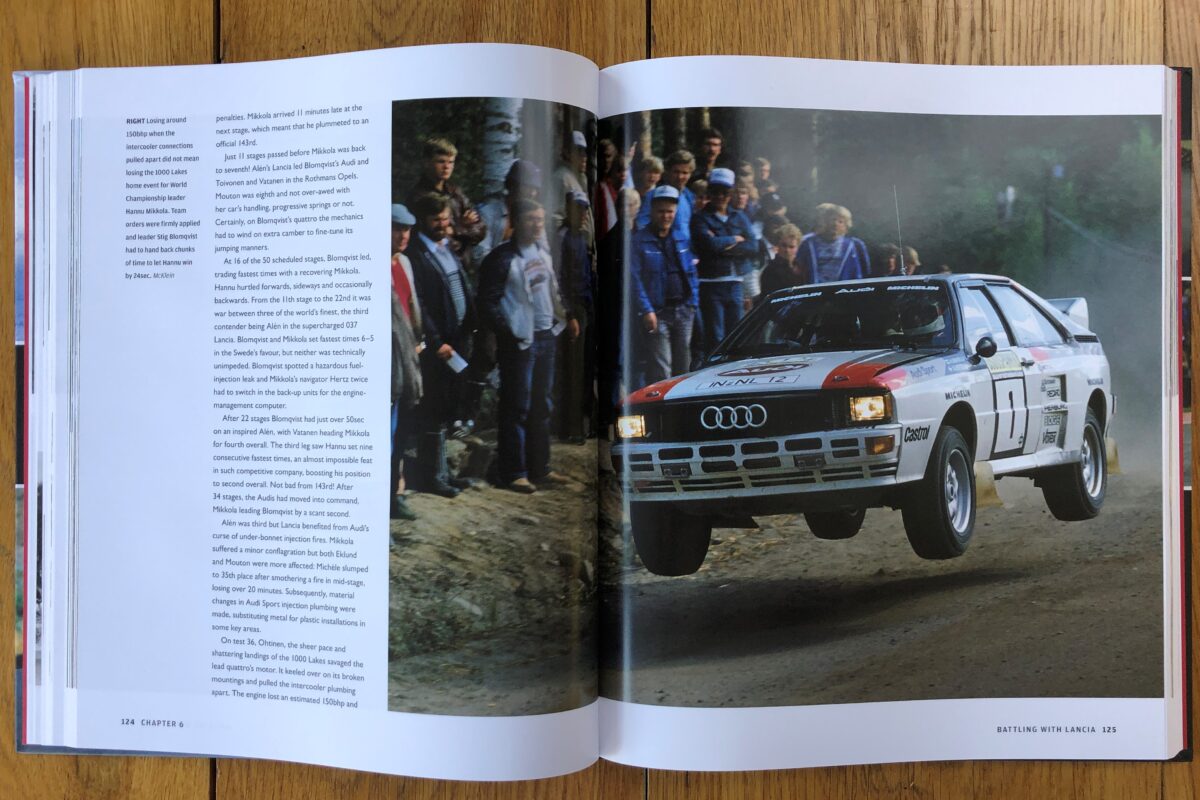 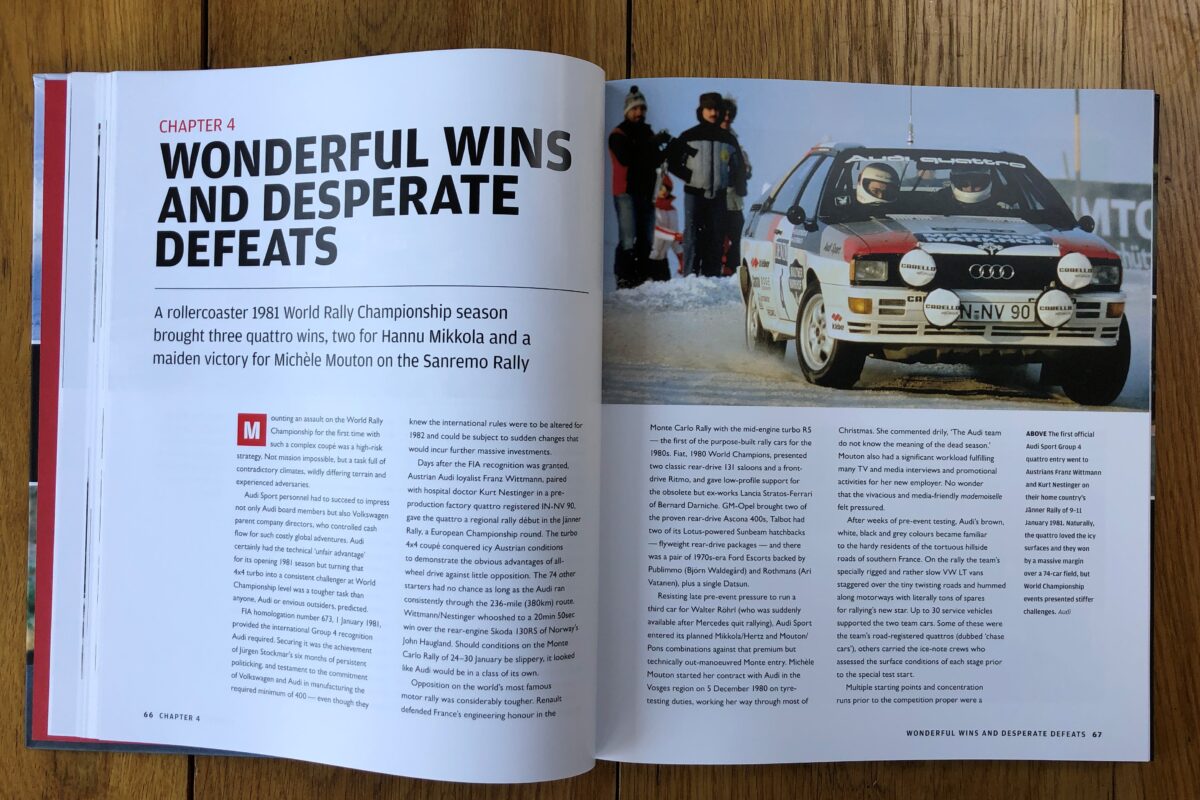 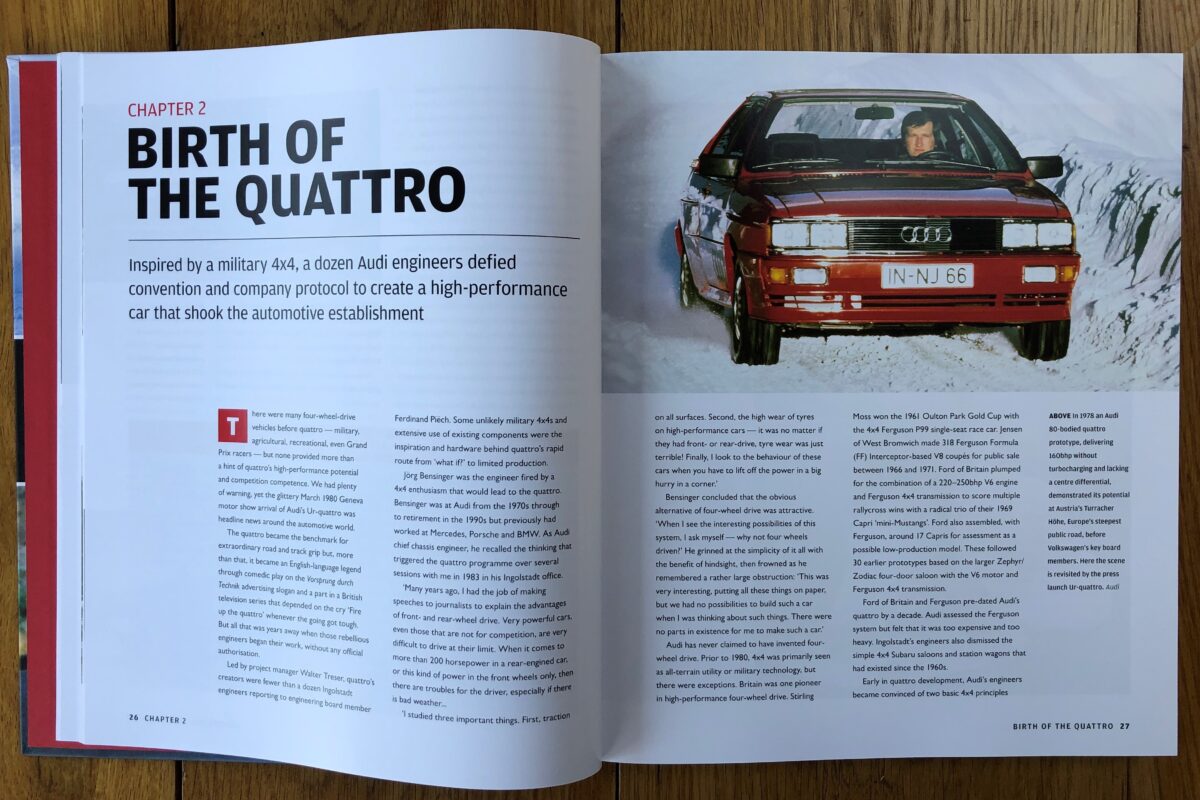 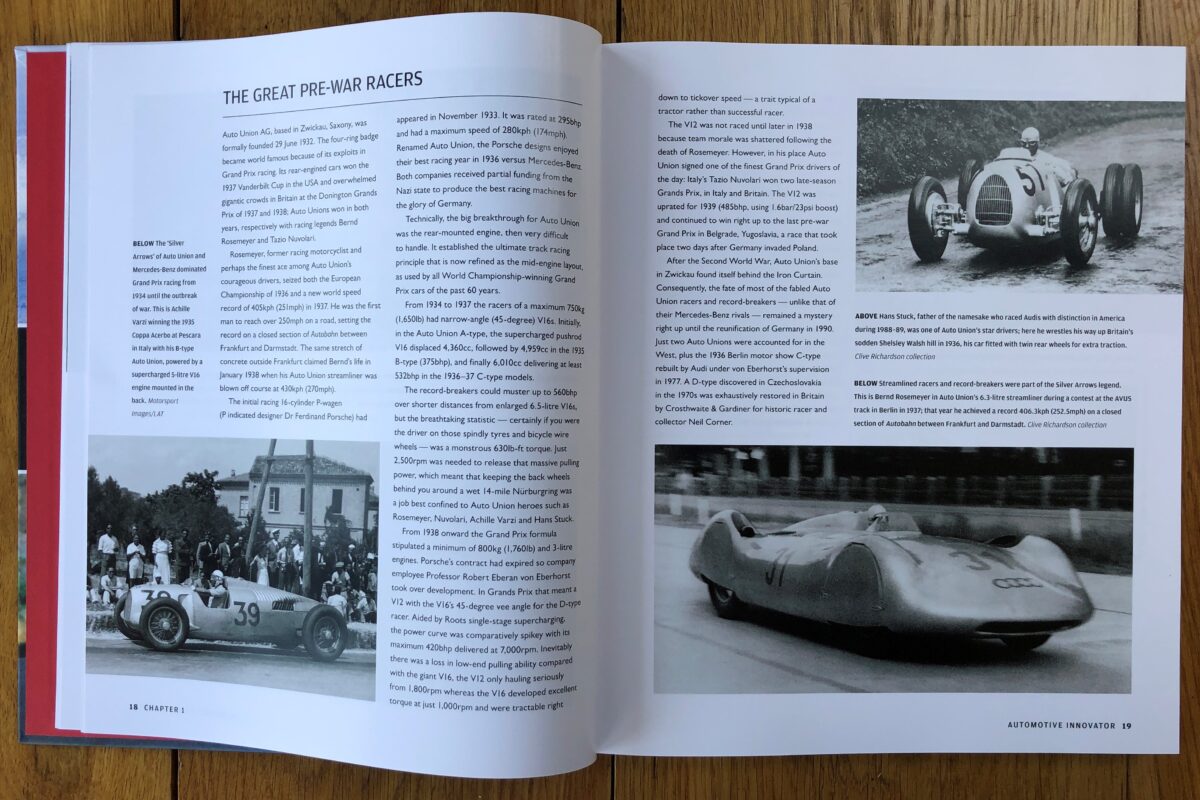 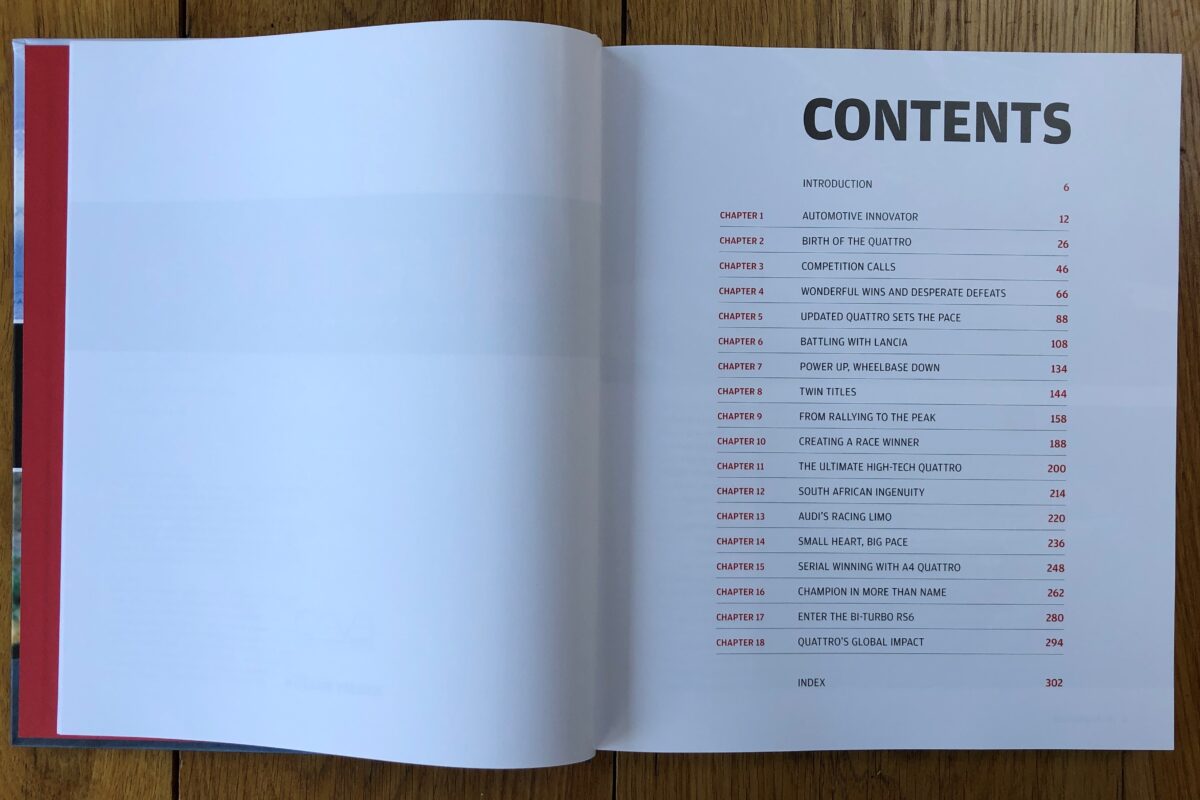 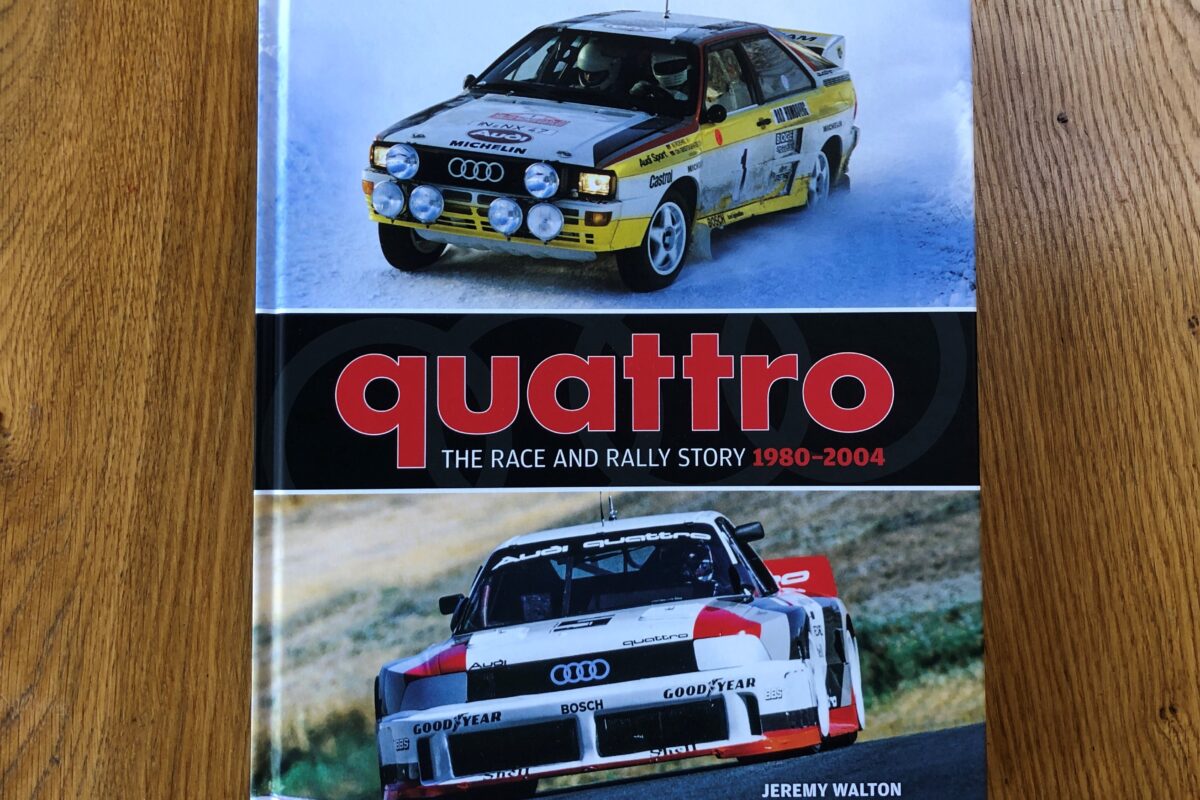 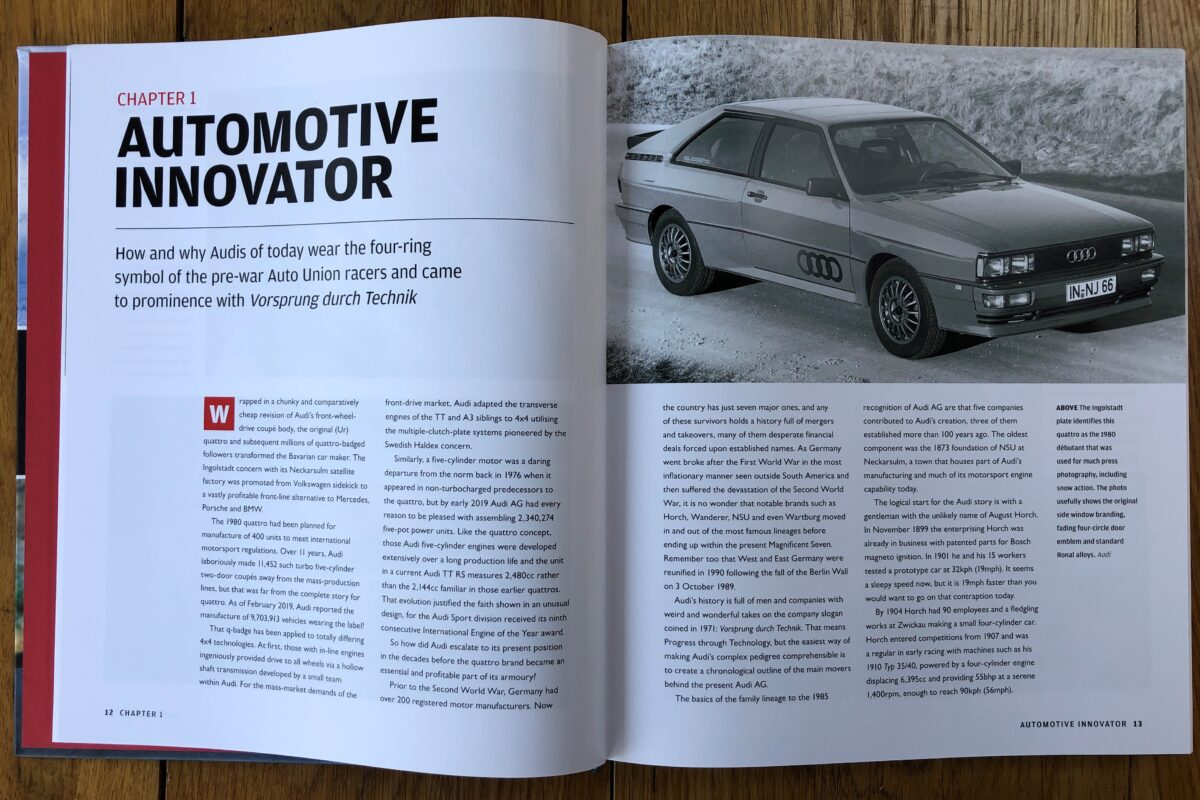 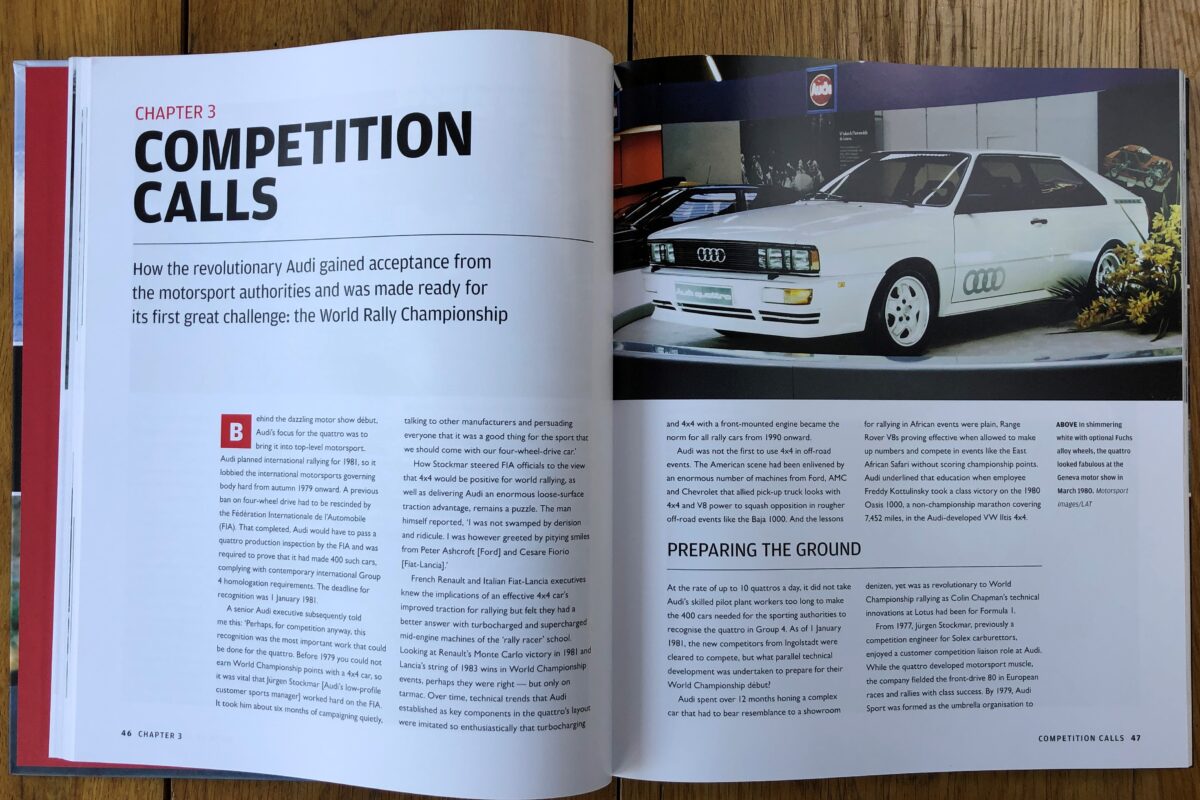 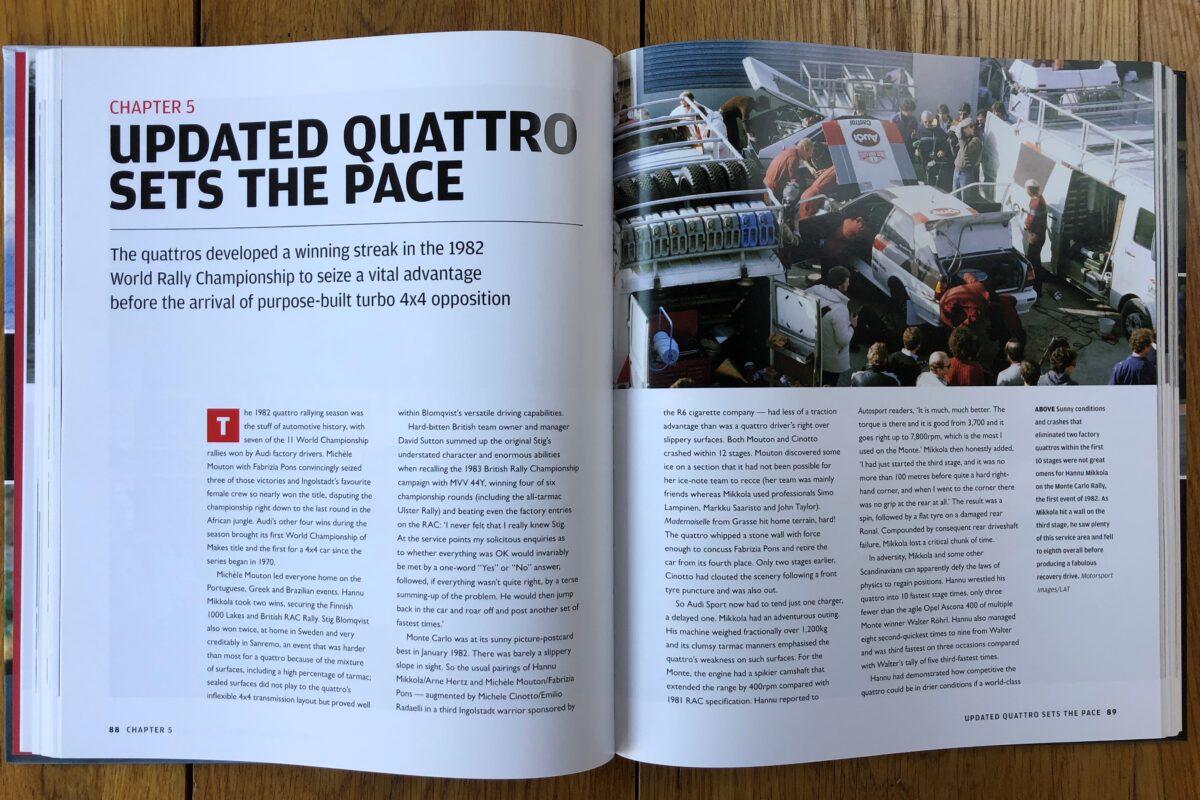 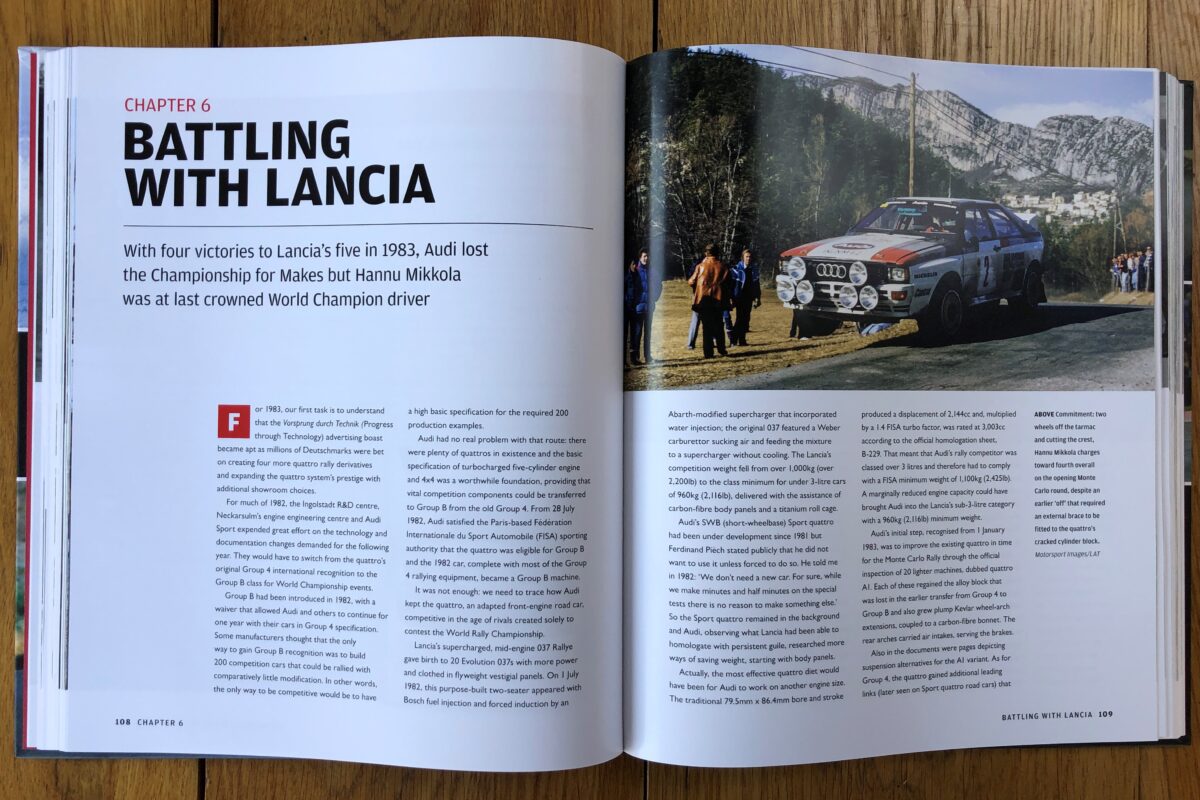 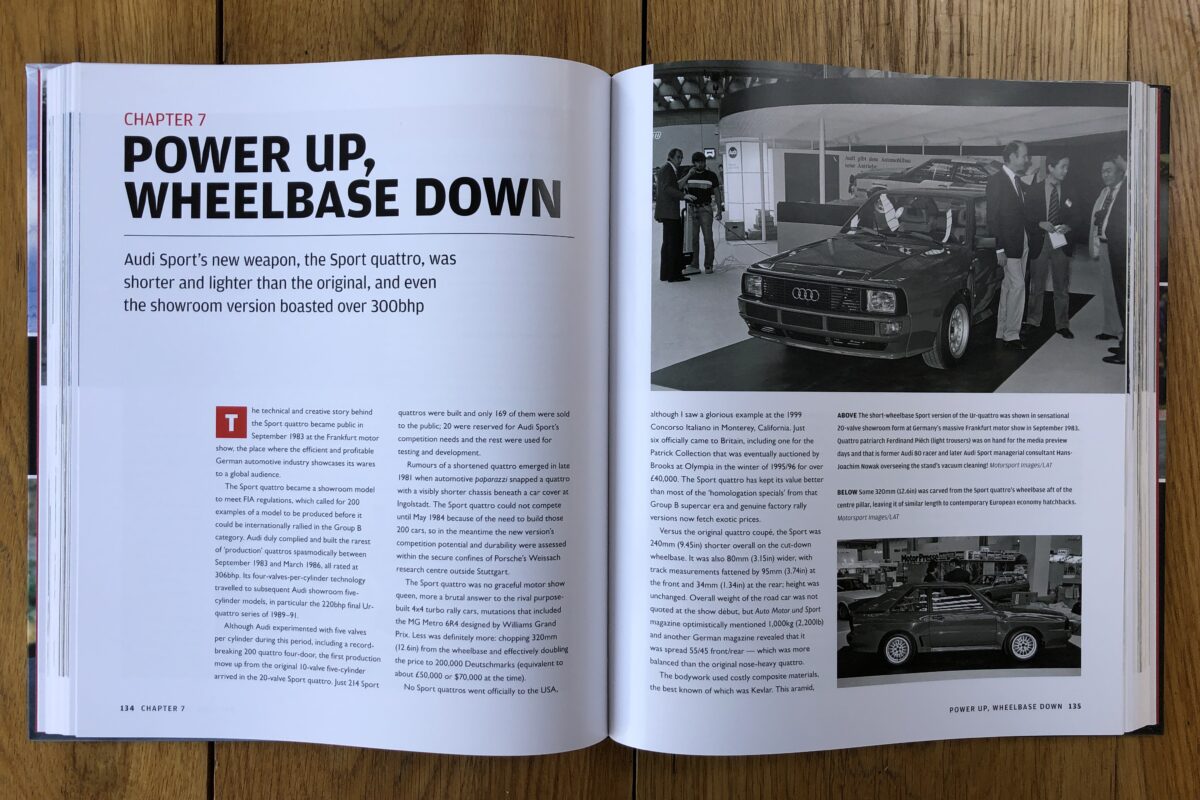 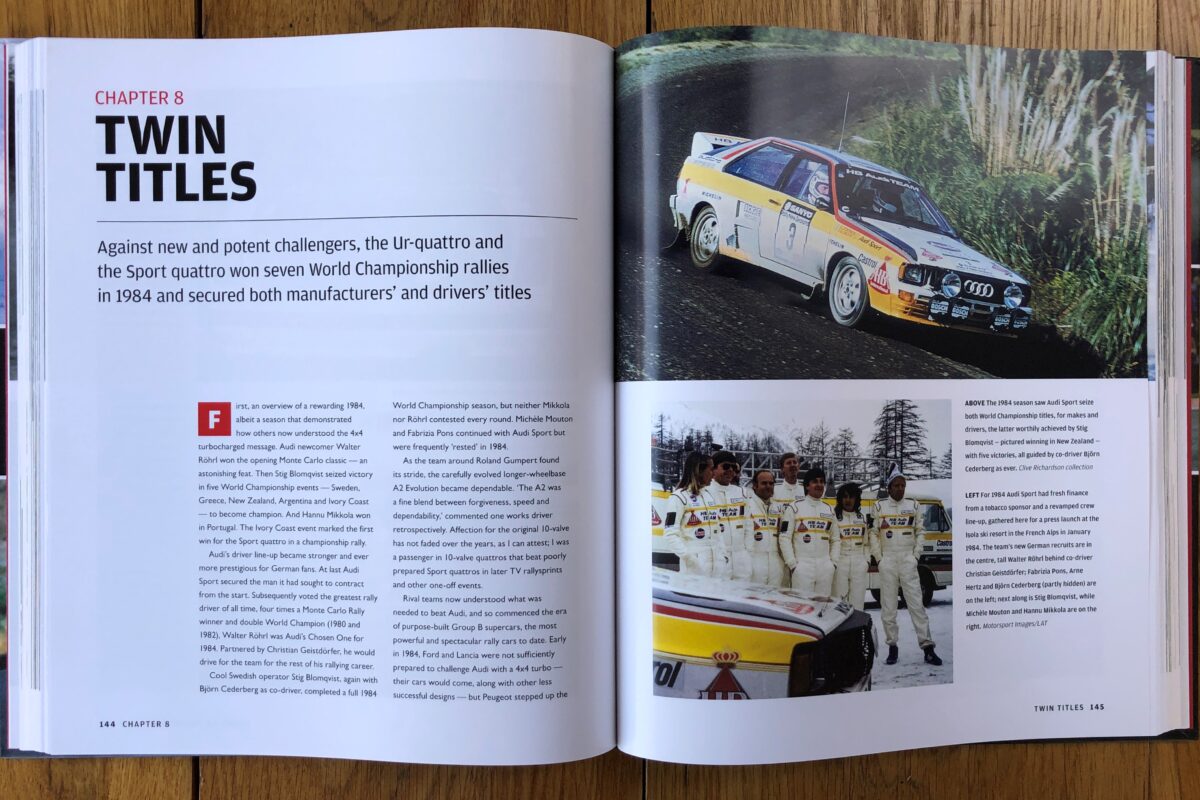 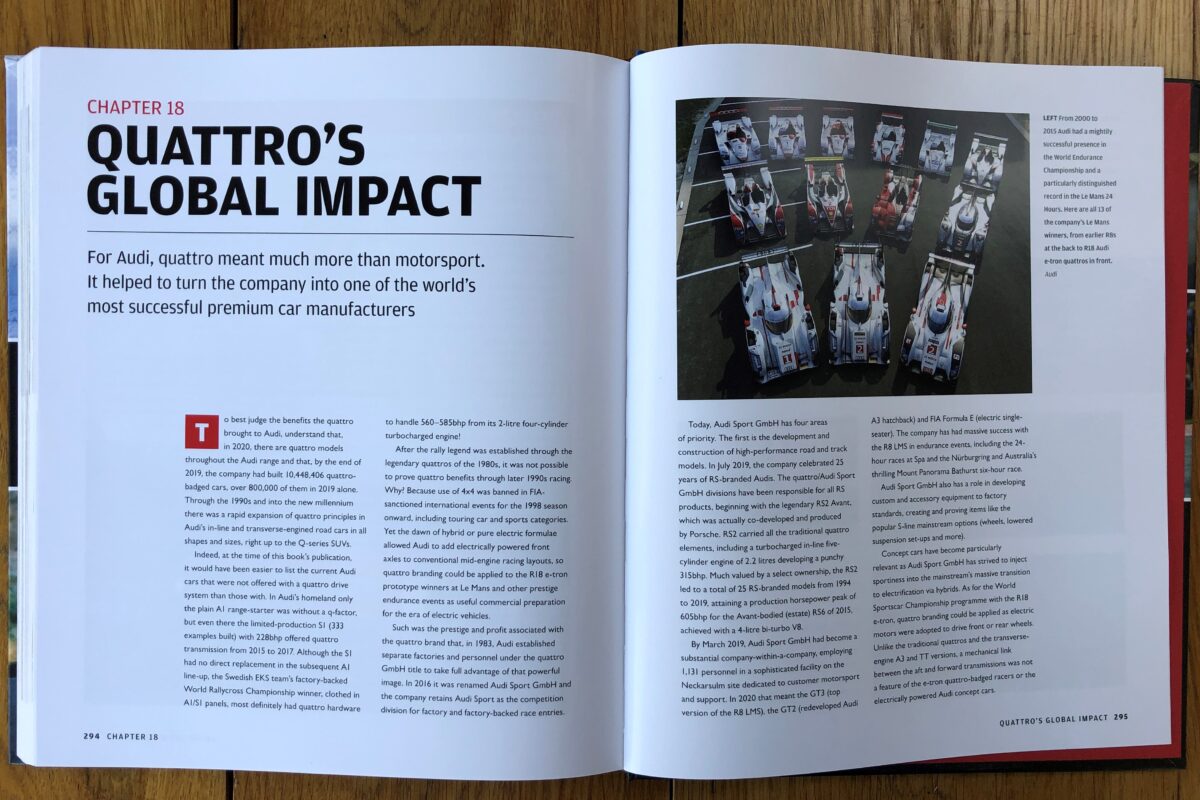 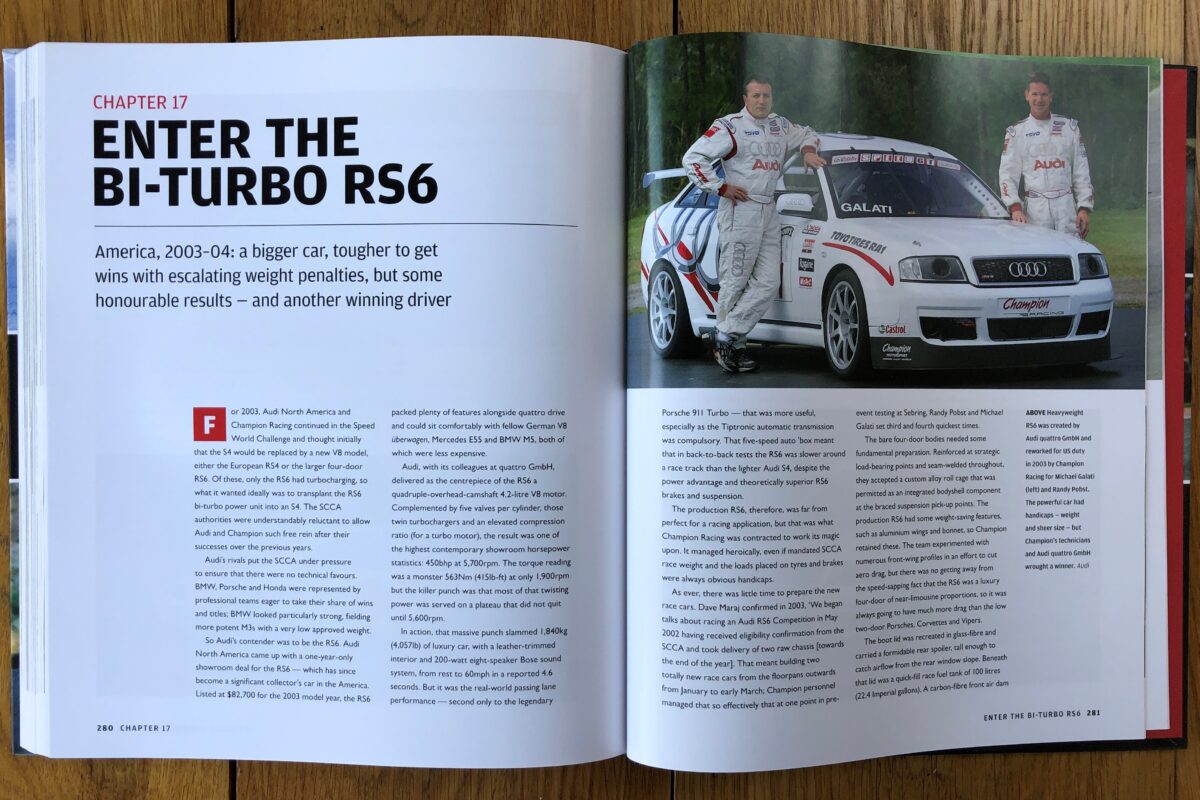 Here’s another book review from us.  This time we are reviewing a book by Jeremy Walton, who is an award-winning author of more than 30 motoring books and one racing-themed novel. His earlier Audi books (2003, 2004 and 2007) were regarded as benchmark works and were published in both English and German. Jeremy is a Quattro devotee.  He has worked for Motoru Sport magazine and Ford Motor Company’s competition and Advanced Vehicle Operations. Besides writing, his motoring activities have included TV advertising, automotive consultancy and race driving in touring cars.

As the title would indicate this book is all about the sublime and iconic Audi Quattro and what a book. The word ‘Quattro’, chosen by Audi for its pioneering high-performance four-wheel-drive cars, immediately captures glamour and excitement in the minds of all motorsport enthusiasts. This book explores 24 years of factory-prepared and factory-supported Quattros in motorsport, from 1980 to 2004. It is a tale that extends from rough rally stages to race tracks, from pine-fringed ice trails in the depths of European winters to the shimmering heat haze and melting asphalt of Texas street racing. Along the way, it explains how Quattros collected four world rally championships, five American driver/manufacturer crowns and a single-year haul of seven international touring car titles, plus numerous other honours. With the five-cylinder turbocharged Quattro in its original form, rallying in the early years yielded numerous wins, most of all in 1982, when seven victories in 11 world championship rallies brought the first title. With the short-wheelbase Sport added to Audi’s armoury, 1984 became an all-action, all-conquering rallying season with two more world titles won, for drivers (Stig Blomqvist) and manufacturers. Three stunning Pike’s Peak wins were achieved in America in successive years, for Michele Mouton (1985), Bobby Unser (1986) and Walter Roehrl (1987).

Starting with double championships for the 200 quattro in TransAm (1988) and the 90 Quattro in IMSA (1989), racing success unfolded in America. Exuberant Hans Stuck was the star driver, but consistent team-mate Hurley Haywood captured that 1988 title. Touring car campaigns during the 1990s brought huge success, starting with fearsome V8 Quattro ‘racing limos’ in Germany. Global achievements followed with A4 Quattros in many national Super Touring series throughout Europe and in Australia, including Frank Biela’s 1996 title-winning campaign in Britain. Audi continued to win on track in the new millennium as race versions of the S4 and RS6 captured five SCCA GT Championship titles in America.

This book is super thorough.  I personally cannot say that I am an Audi Quattro expert, however in my opinion this book is it is as comprehensive as a book could be on a individual car and if you are an Audi Quattro fan this is a must have book.

This book is a double thumbs up from us, and we are giving it a 10/10, so if you are Audi Quattro fan or just love car books or rally sport then it’s a must buy.  The book is retailing at £50, but shop around, although I found the book on Amazon for £34.18.

However, there is 40% off until 11 December when bought direct from www.evropublishing.co.uk  and using the following discount code: EVRO40

Click here to enter our free competition to win this great book.