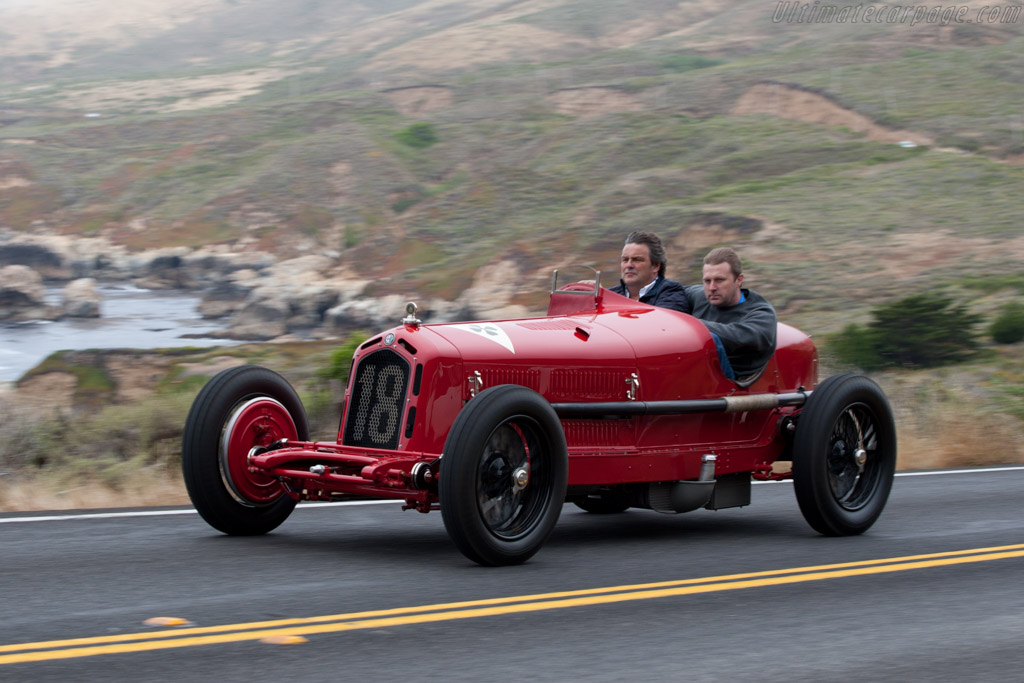 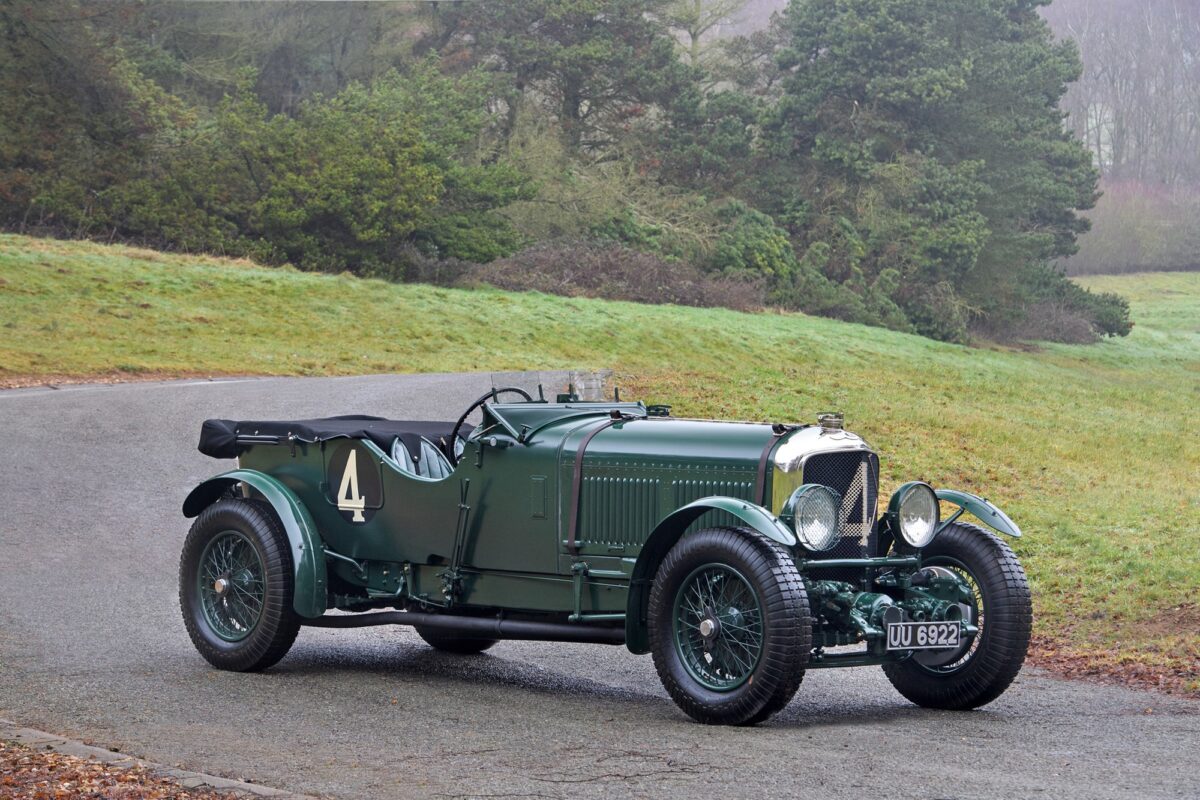 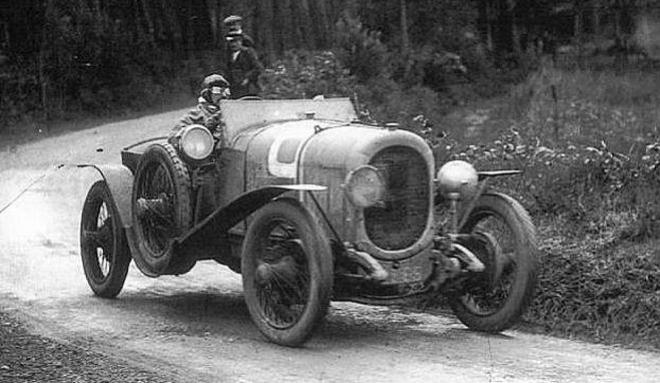 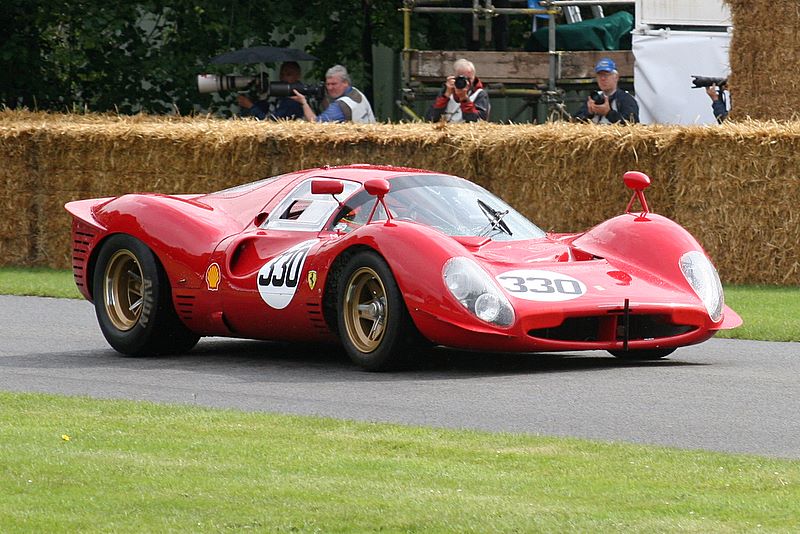 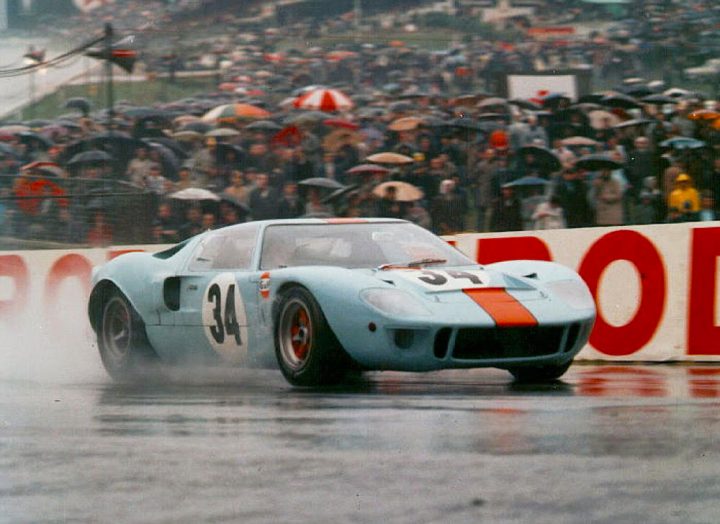 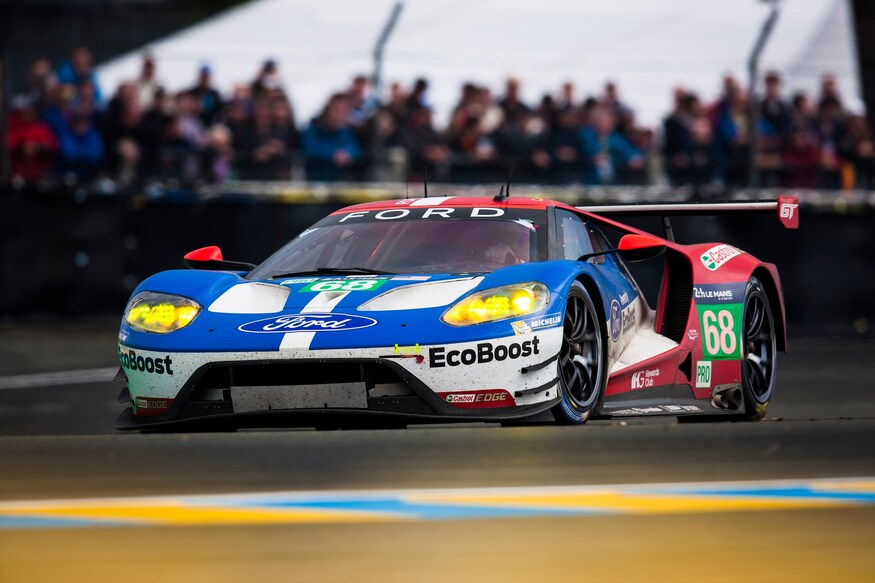 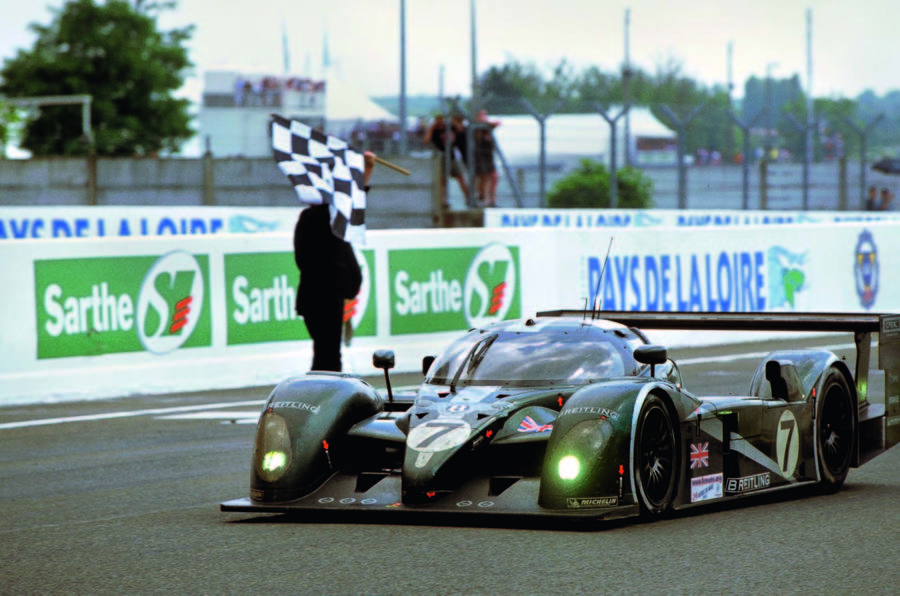 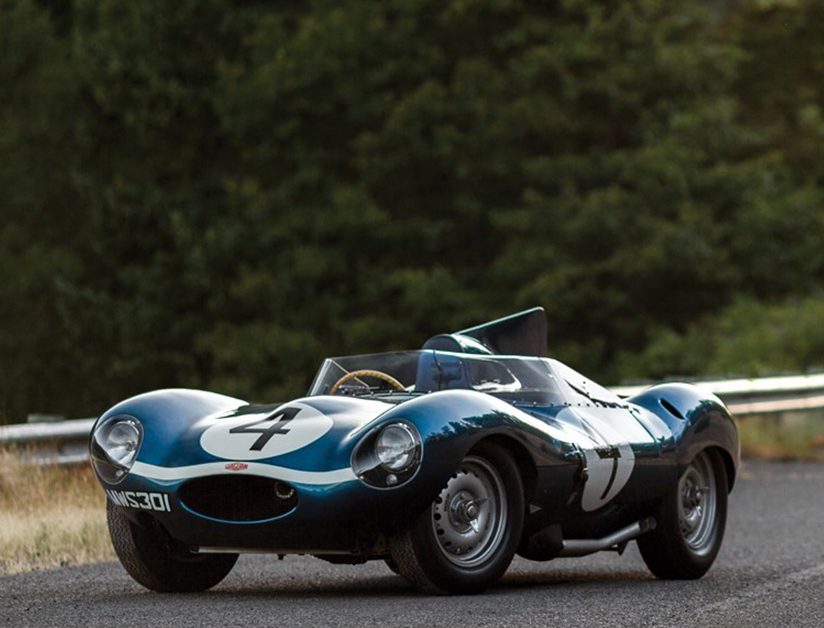 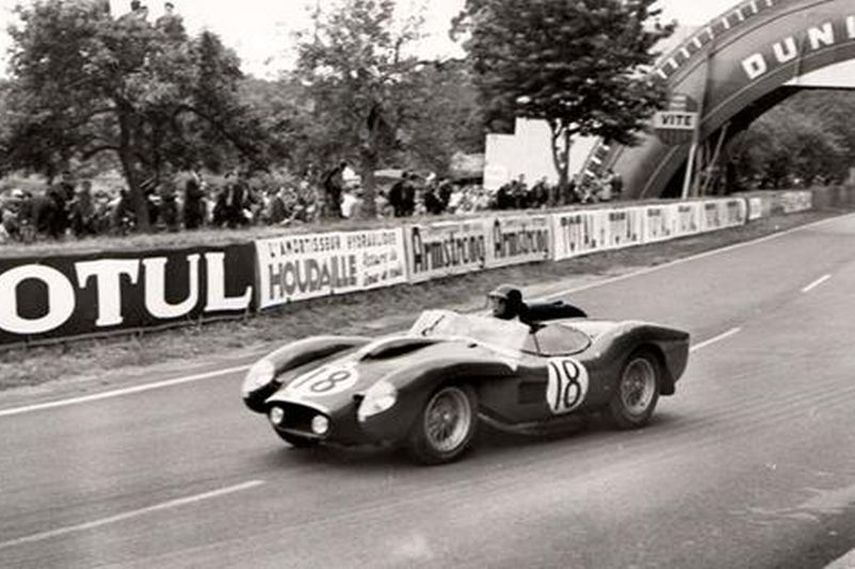 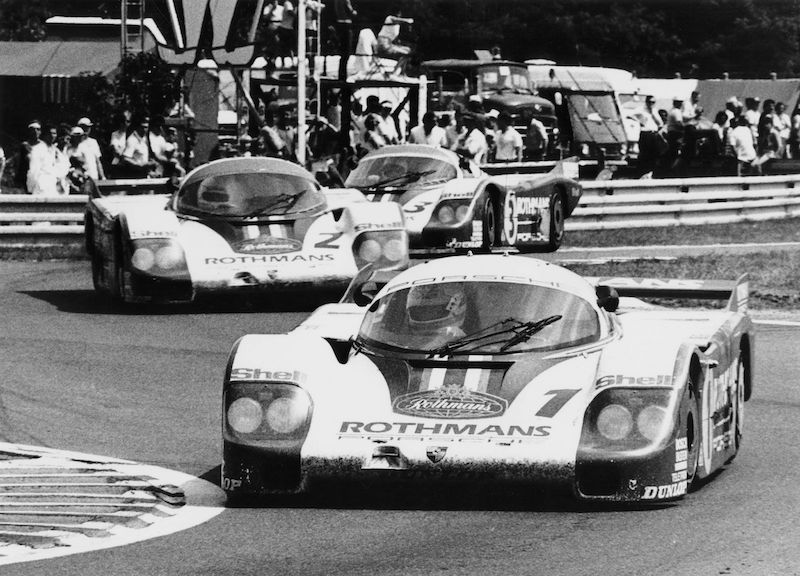 Le Mans is the most demanding test of man and car on earth. Nowhere else will you find such beautiful machines traveling so fast. We have looked through the years at the best vehicles to grace the famous Le Mans track and we have selected our top 10 favourites, is your favourite Le Mans car on our list?

Many people claim the 956 as the greatest racing sports car of all time. We’d agree that It’s tough to argue otherwise, considering the 956/962’s 120 chequered flags over a 13-year span.

To correspond with Group C racing first introduced by the FIA, Porsche designed the 956. Their program, led experienced project manager Norbert Singer, placed strong emphasis on winning the 1982 Le Mans. That year, Porsche made a clean sweep; first second and third was theirs.

Not only was the 250 Testa Rossa (TR) one of Ferrari’s most successful race cars on the track, but it also had unorthodox, but purposeful body by Scaglietti & C. Developed for the 1958 season, the 250 Testa Rossa was designed for both Scuderia Ferrari and private entrants.

This Testa Rossa (“red head” in Italian) is still considered today one of the all-time most beautiful Ferraris. No wonder Ralph Lauren has one in his famed collection. He’s even selling a toy one—for $9,500.

The deadliest accident in motor racing history occurred at Le Mans in 1955, with somewhere around 85 spectators killed. Bizarre but true: The #6 Jag D-Type won that race set an all-time speed record over 24 hours. The Jag takes this race—in both beauty and speed. It had a shark-like dorsal fin on the rear deck and gorgeous feminine curves over the front wheel wells, all of it enticing in rich, deep British racing green.

Bentley was the first manufacturer to claim a Le Mans dynasty, winning each year from 1927-1930. It has often been said that those victories cemented a reputation Bentley used to hawk cars all over the globe, and if it were not for those chequered flags, Bentley might not exist today.

It’s red, white, and blue, and undeniably American. The new Ford GT race car will debut this weekend to celebrate the company’s return to Le Mans on the 50th anniversary of its historic 1966 Le Mans win. In 2016 it was 50 years ago to the day that Ford finished 1-2-3 at the 24 Hours of Le Mans in France when Driver Dirk Müller competed 34o laps in the 84th running of the world’s most famous endurance race to take the victory.

The 2016 win for Ford caps a campaign that began at the Detroit auto show in January of 2015 when the GT supercar was revealed. Ford then announced that it would return to Le Mans after an absence of decades to celebrate the 50th anniversary of the epic trifecta in 1966.

After a 1963 verbal agreement between Henry “The Deuce” Ford II and Enzo Ferrari to purchase the Italian sports car company fell through at the last moment, Ford was furious. The Deuce responded the best way he knew how: by pouring millions of dollars into a crash program to embarrass Ferrari’s cars on the track.

The result was the GT40, a car that accomplished everything it was built to do. Between 1966 and 1969, Fords dominated at Le Mans, winning every race, with a remarkable one-two-three finish in 1966. For the 50th anniversary of Ford’s historic 1966 victory, the Blue Oval will take its new Ford GT to Le Mans to see if it can live up to its spiritual successor.

If ever a racing car appeared to be as much sculpture as machine, this would be the one. There is no square inch of this car that is static. Everywhere the eye focuses, the body of the car is in movement, the shape changing. The car is in essence similar to Ferrari’s racing sports car from the year before (the 330 P3), with the exception of more tantalizing, spoked wheels. The body was designed by a coach builder named Drogo. Very few of these cars were ever built.

The car placed second at Le Mans in 1967, its only appearance at the Circuit de la Sarthe.

This car is the first-ever winner of Le Mans: the Chenard & Walcker “Sport”.

Boasting a mighty 98 horsepower, it managed to get round the French track at a top speed of 93mph in the hands of André Lagache and René Léonard. If that sounds a little pedestrian, remember this was in 1923, when safety was, at best, a mere wistful afterthought.

The Speed Six was the car that cemented the legend of the infamous ‘Bentley Boys.’ A club that’s only recently just been revived. And just like the new 600bhp Conti GT3, the Speed Six is a race car based on a big, luxury car normally reserved for plump oligarchs.