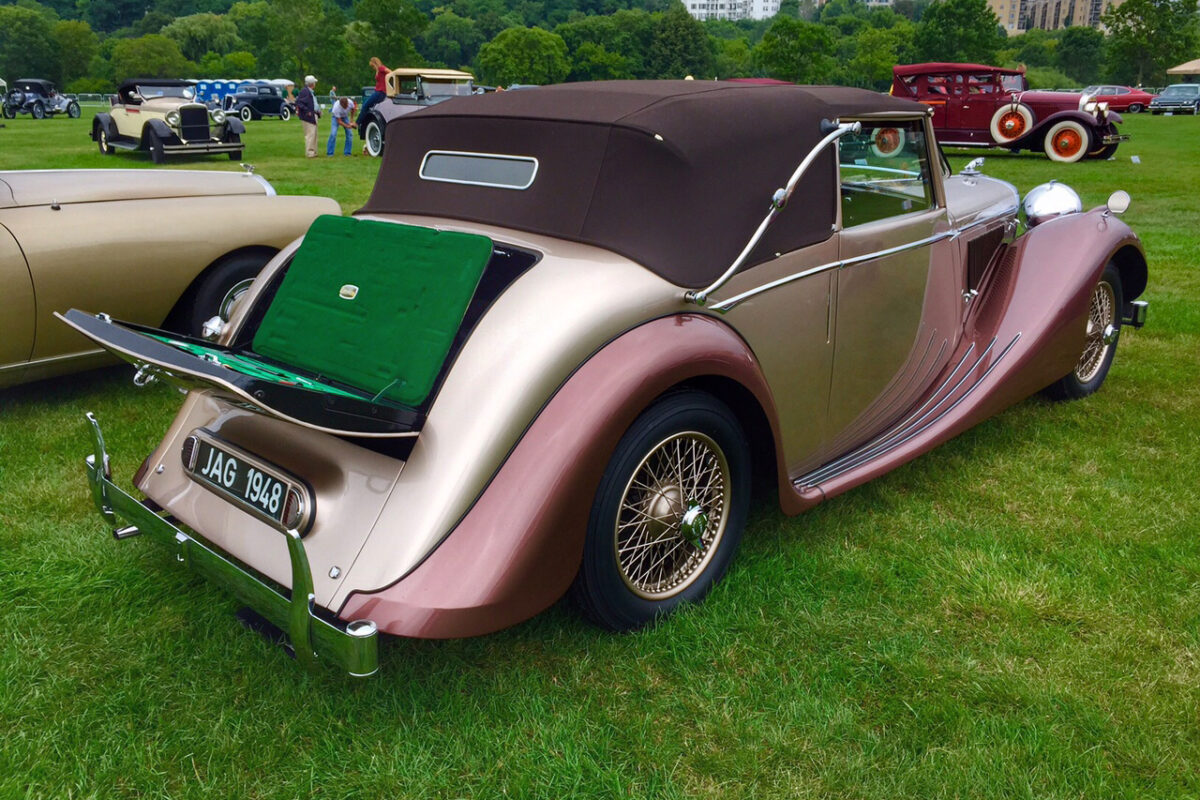 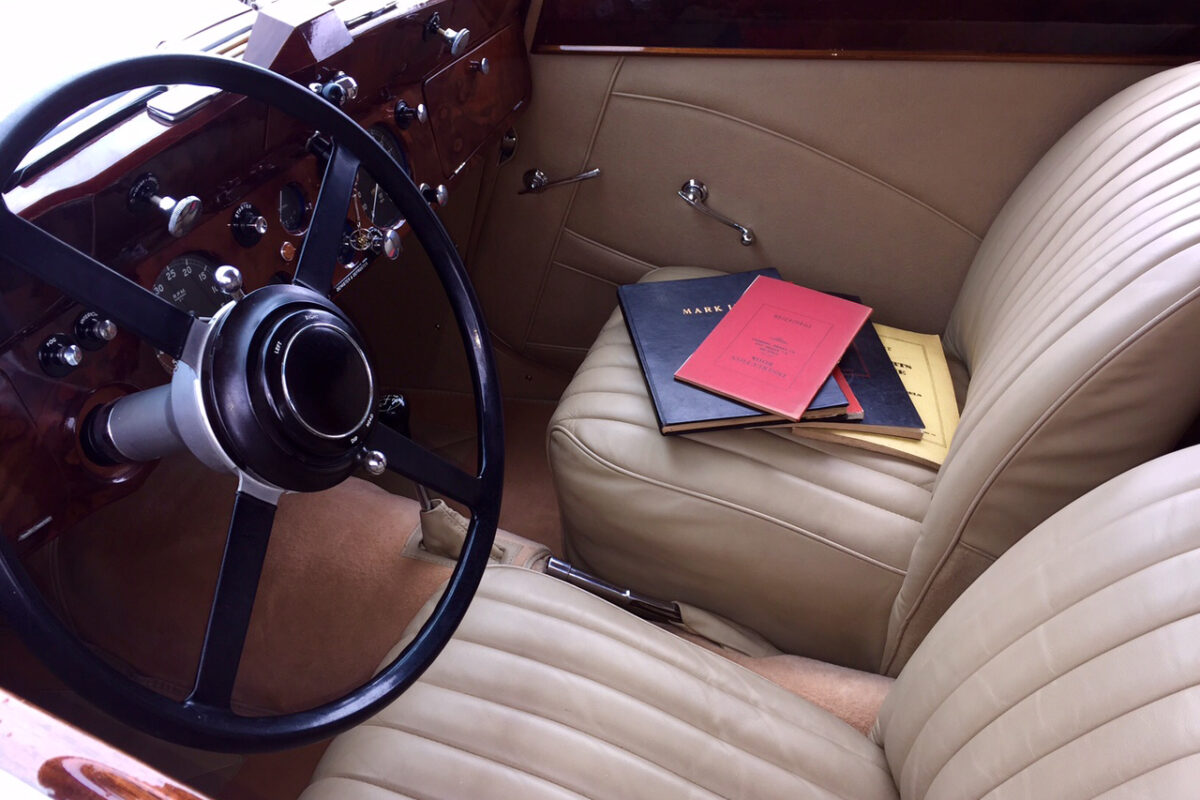 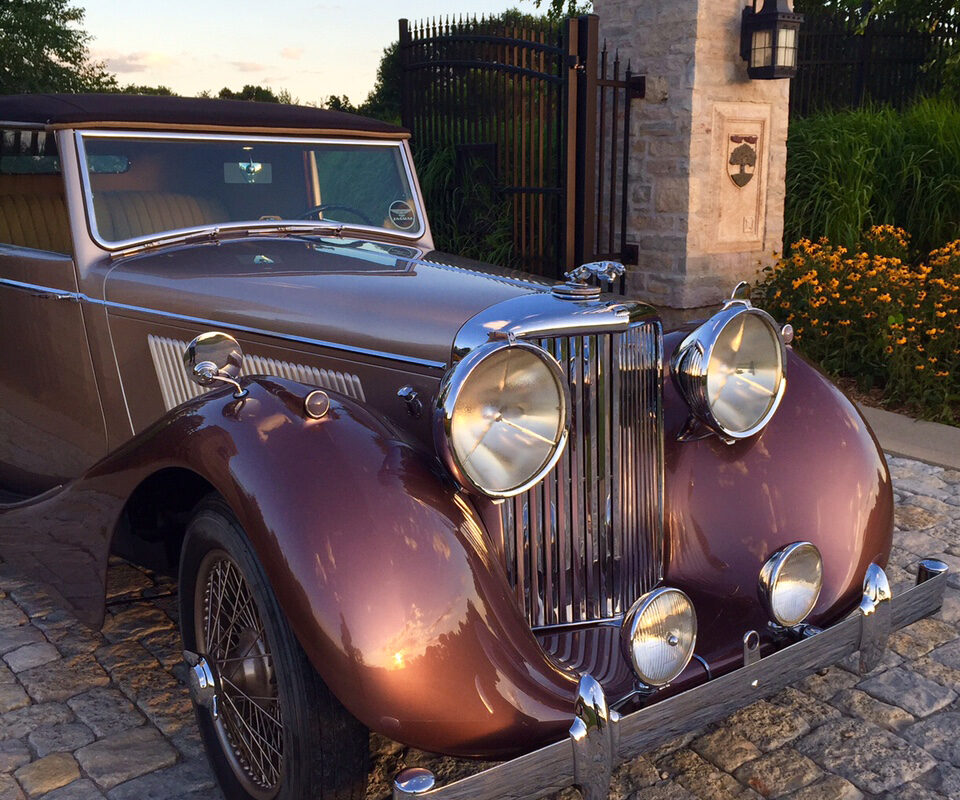 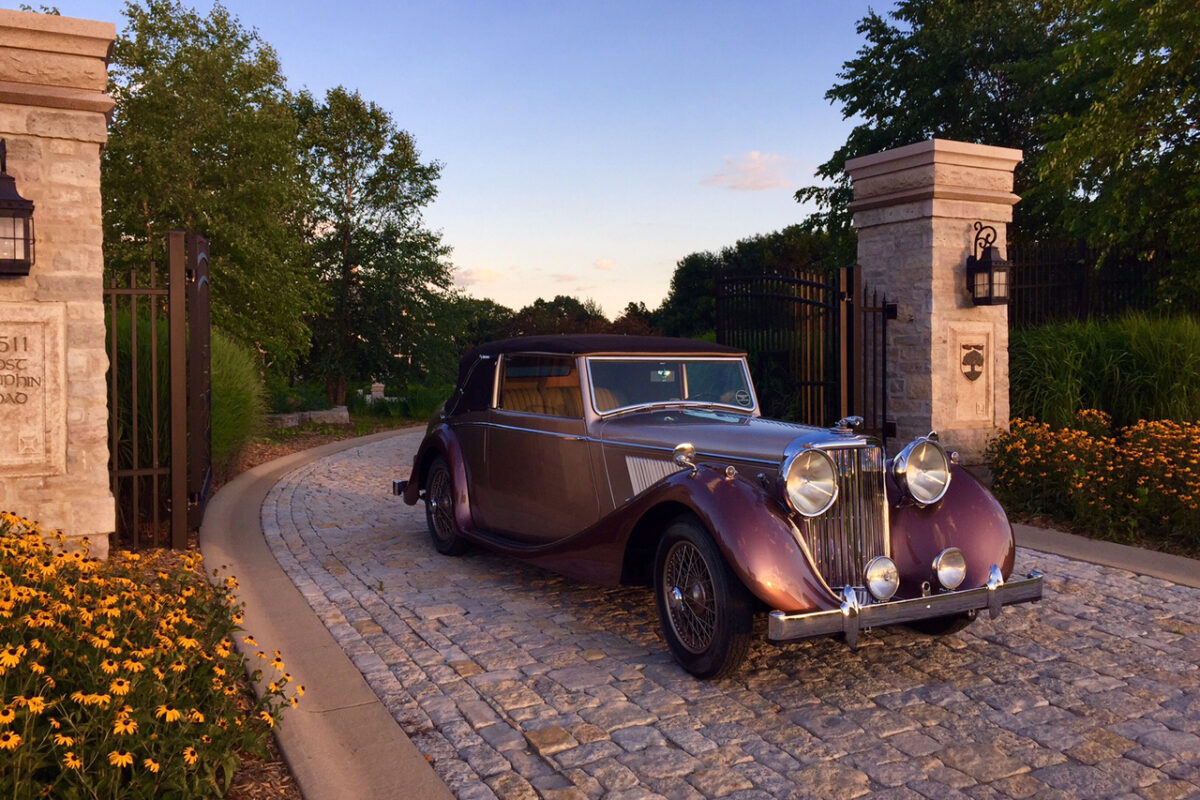 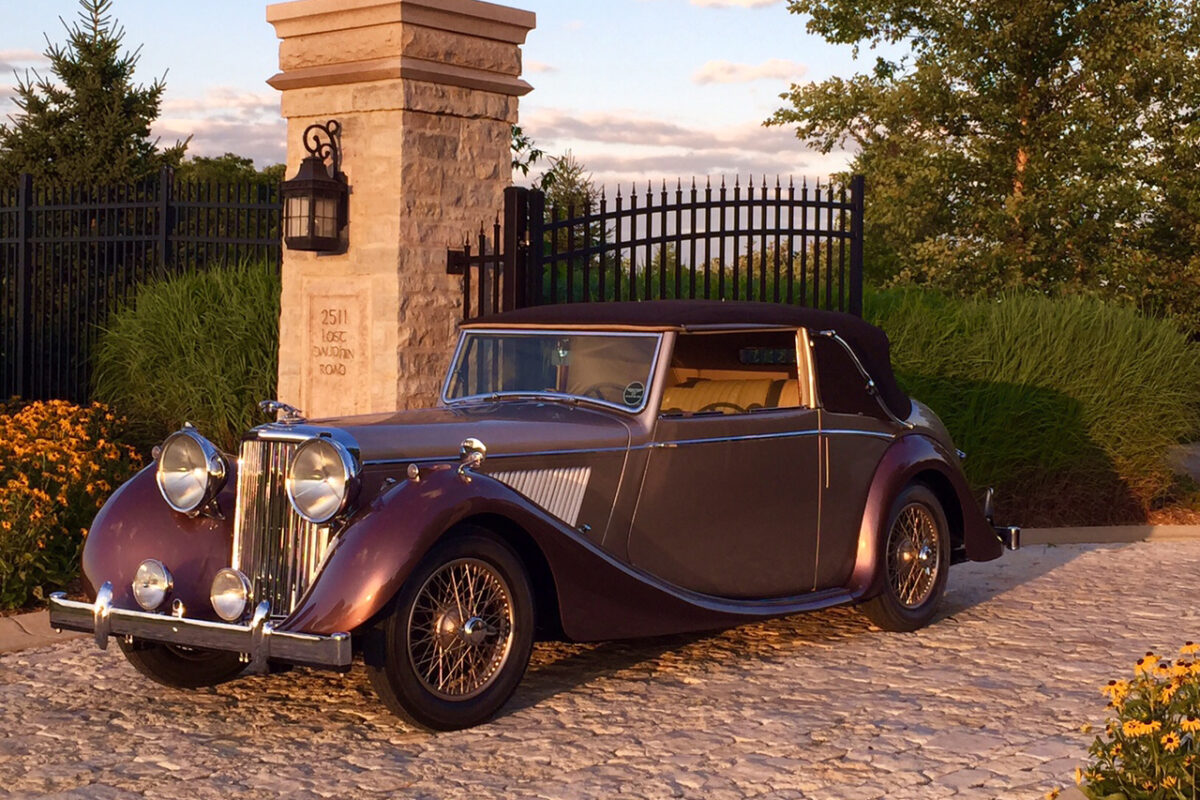 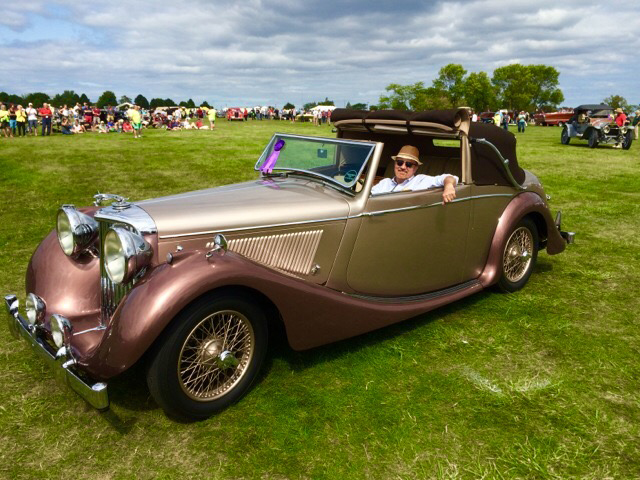 The Jaguar 3½ Litre was commonly referred to as the “Mark IV”.  At the close of World War II, Jaguar utilised the elegant coachwork and pre-war styling it had become so successful with in resuming its production of luxury vehicles. The style of the Mark IV is classic and reminiscent of pre-war England and Europe in general, with its large Lucas headlamps, separate fenders and running boards, flowing lines, richly styled interior including walnut woodwork, lots of Connolly leather and vertical chrome grille.

Only 376 Drophead coupe versions were built and exported to the USA. The delicate elegance, solid engineering and classic style of the 3.5 Liter Mark IV DHC makes it one of the most beautiful touring cars ever created by Sir William Lyons, and the limited production of the desirable drophead version makes finding a superlative model, such as this example, a rare event indeed.

The car was completed on December 18, 1947 and it was shipped to the United States through importer Max Hoffman of New York. Thereafter, it passed through the hands of such distinguished individuals as movie producer, Richard D. Zanuch and actor, Charles Bronson.

The car currently presents in superb condition throughout, that being attested to by its score of 99.95 out of 100 at the JCNA Nationals (the only minor deduction for a cleaning issue, since rectified). This car presents as resplendent in its elegant color combination and unquestioned excellent and authentic condition.

The car also has its complete and correct trunk-mounted Tool Kit in concours condition along with original Driver’s Instruction Manuals, both first & second printings, original factory Spare Parts Manual and original Factory Service Manuals, original rare factory “Jaguar Drop Head Coupe” brochure and other original dealer brochures for the model. It also has a Jaguar Heritage Certificate and is a documented Numbers Matching Vehicle, verified by the Jaguar Heritage Trust.