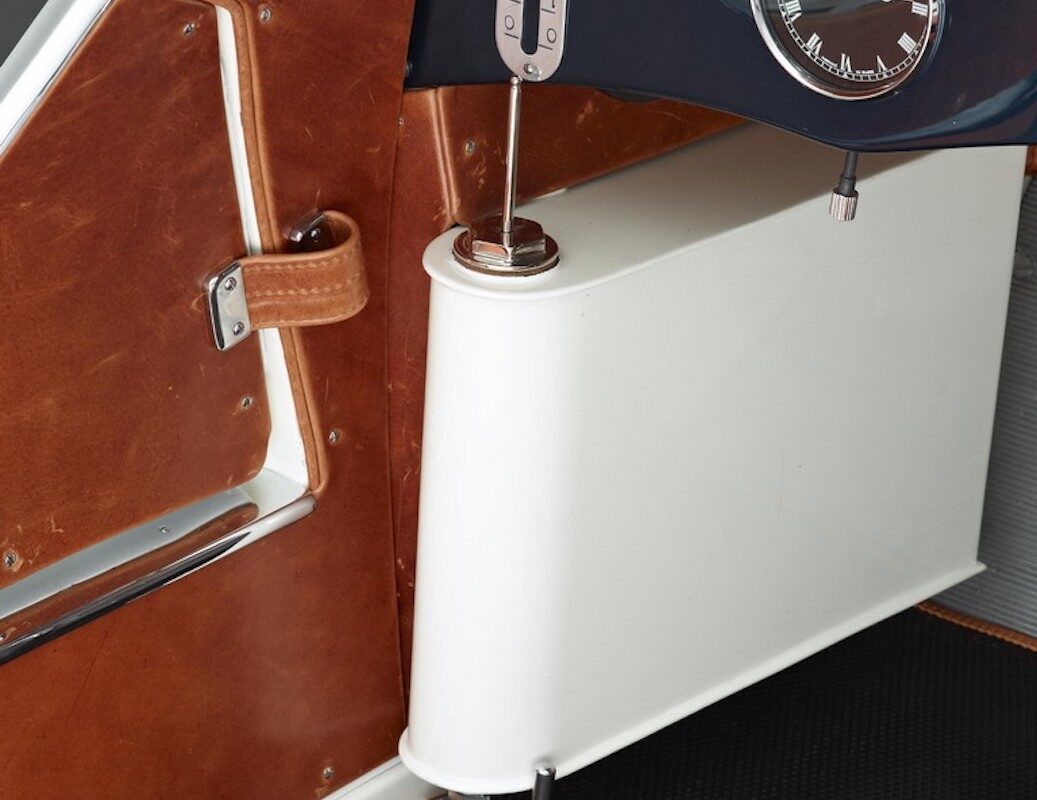 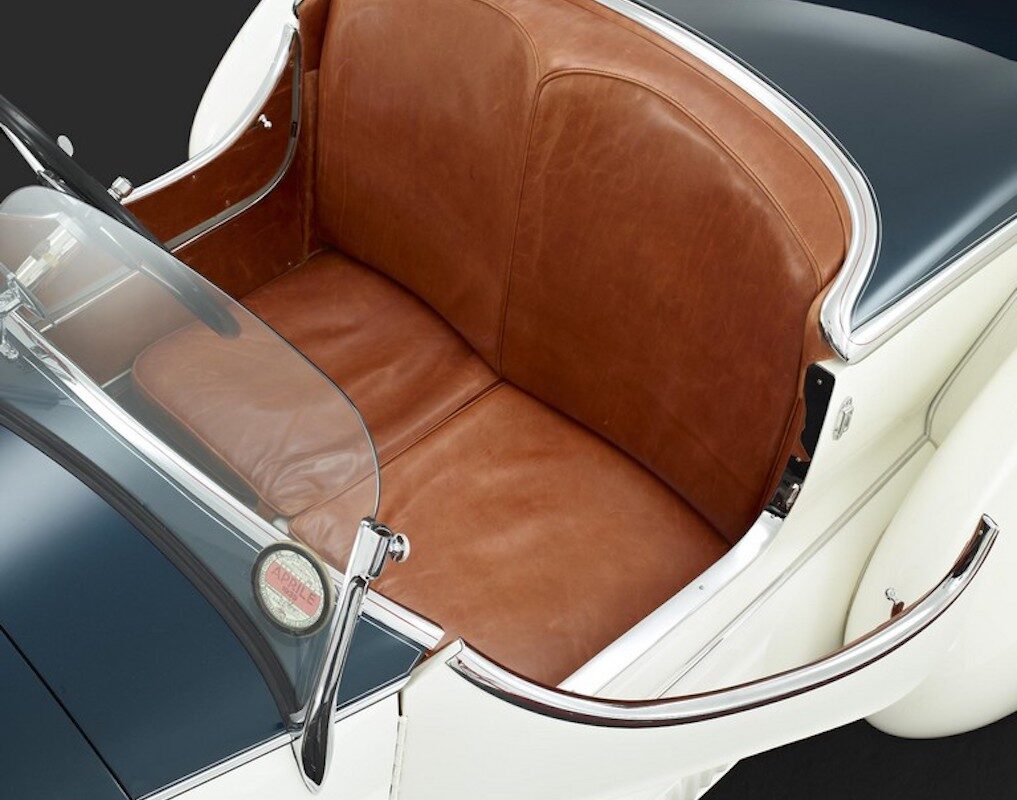 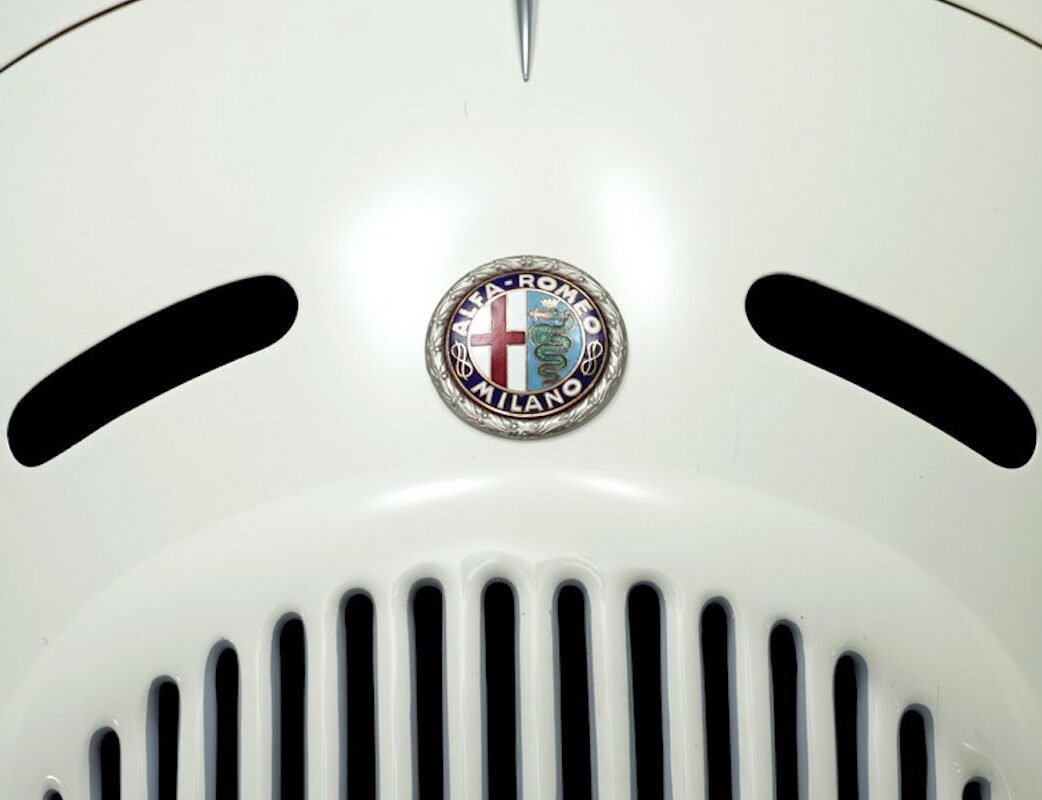 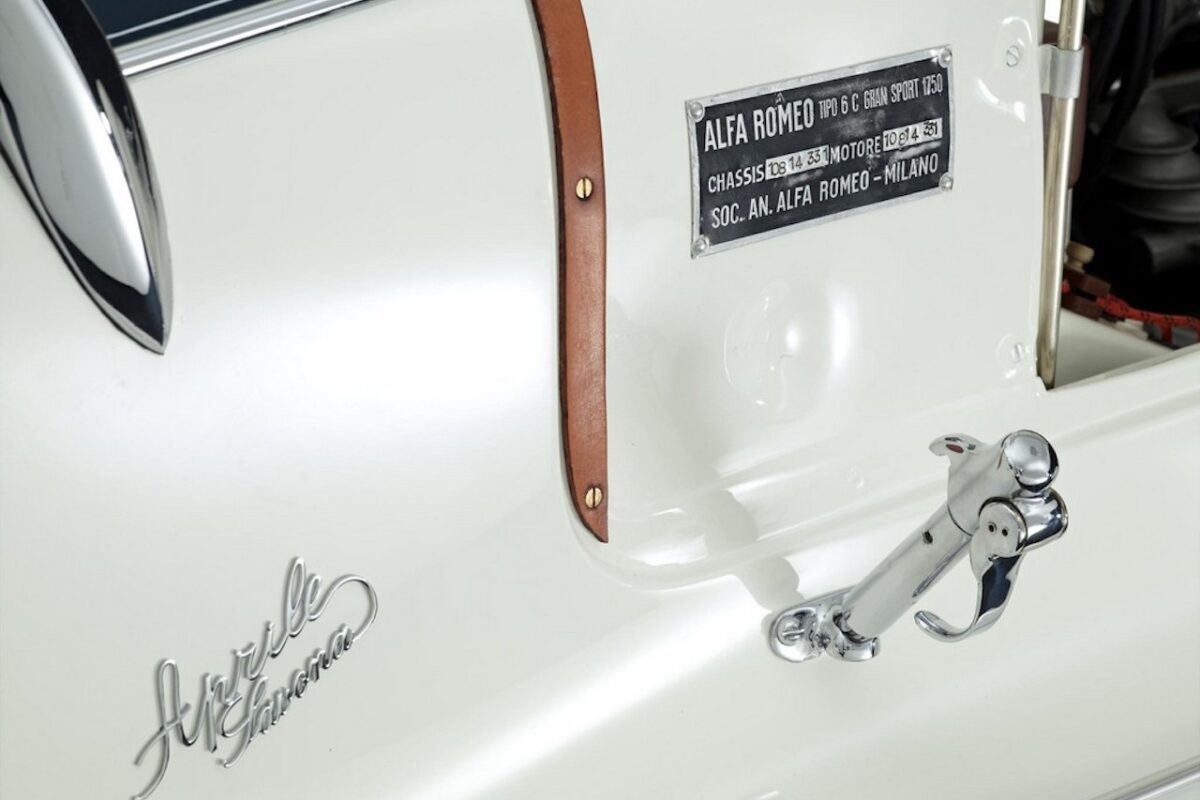 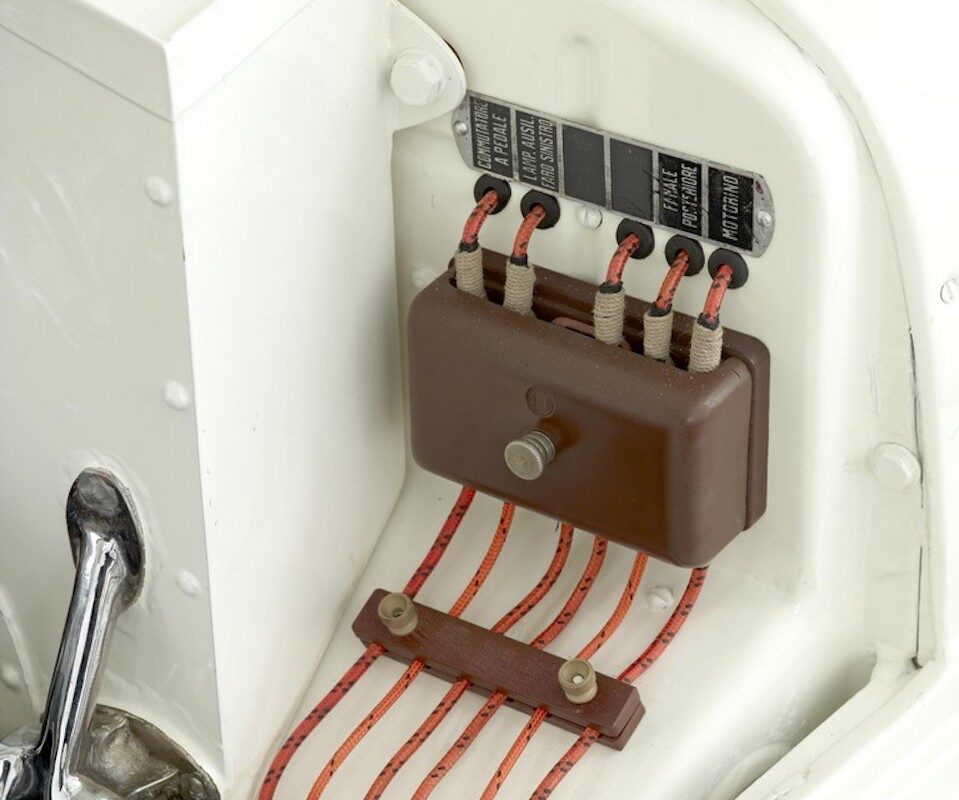 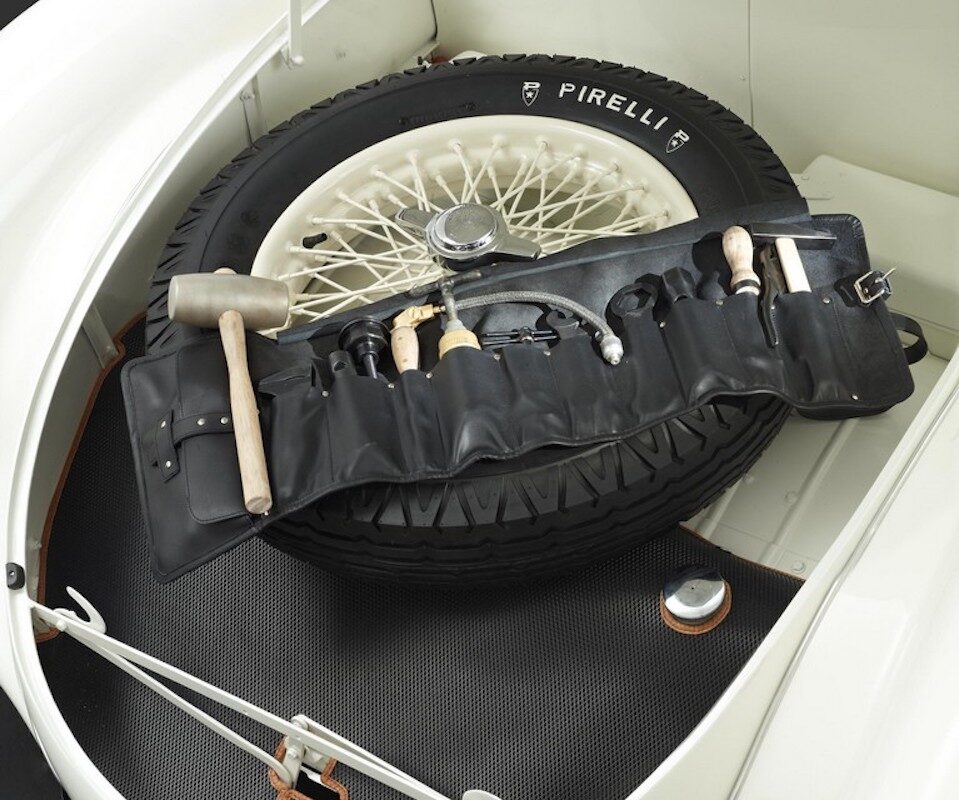 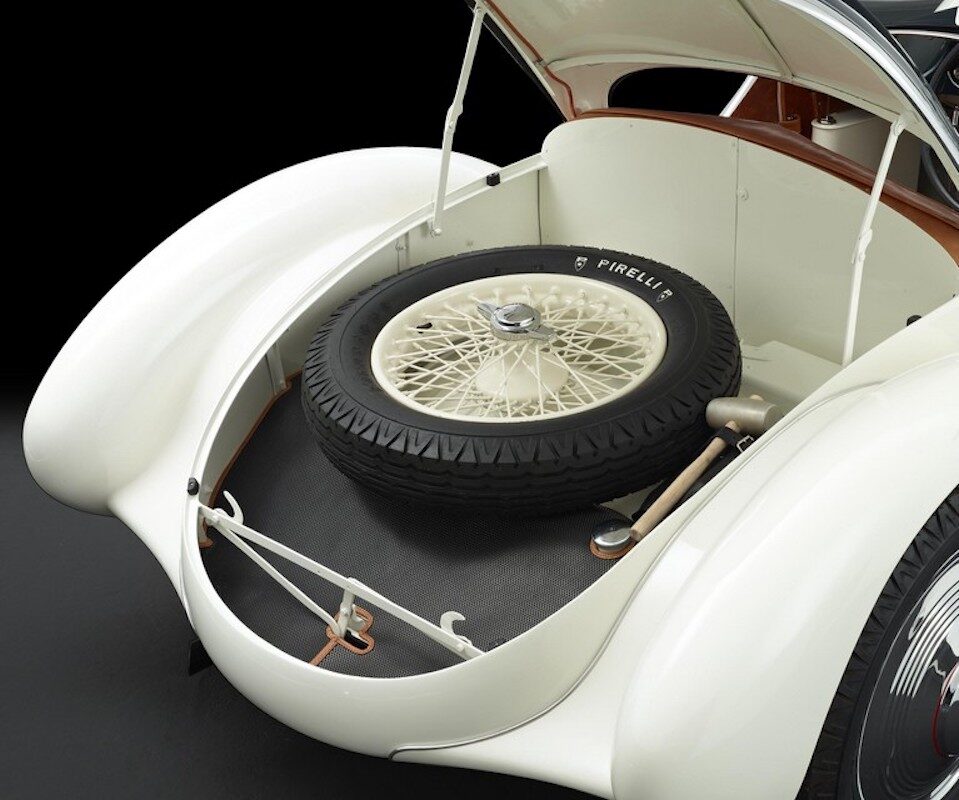 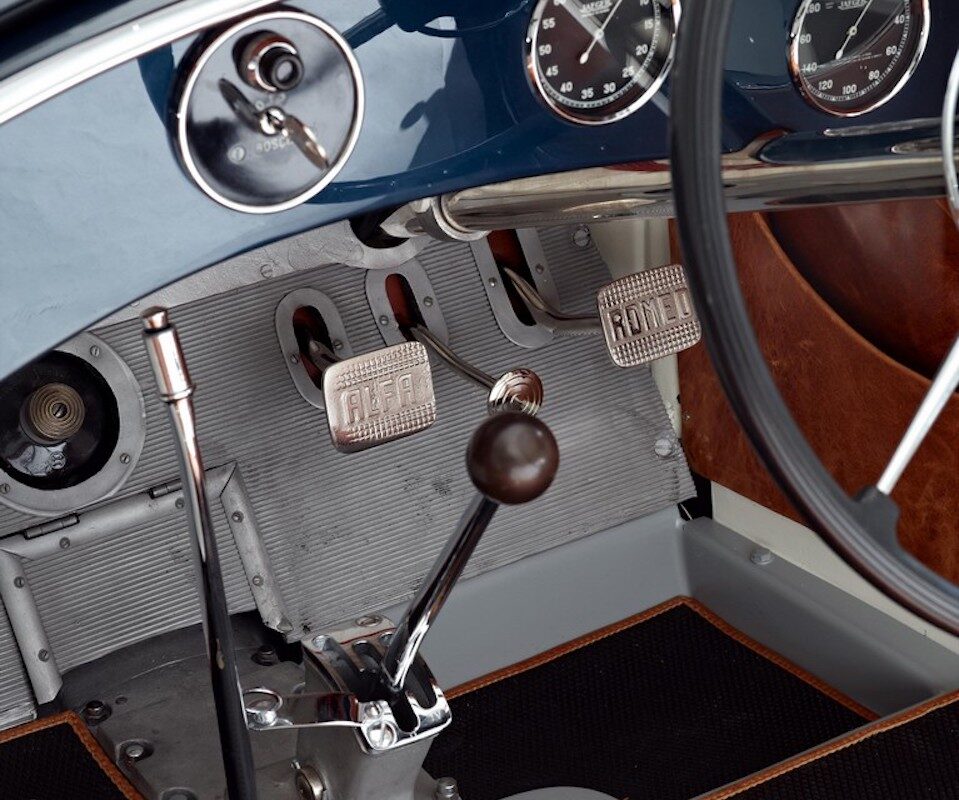 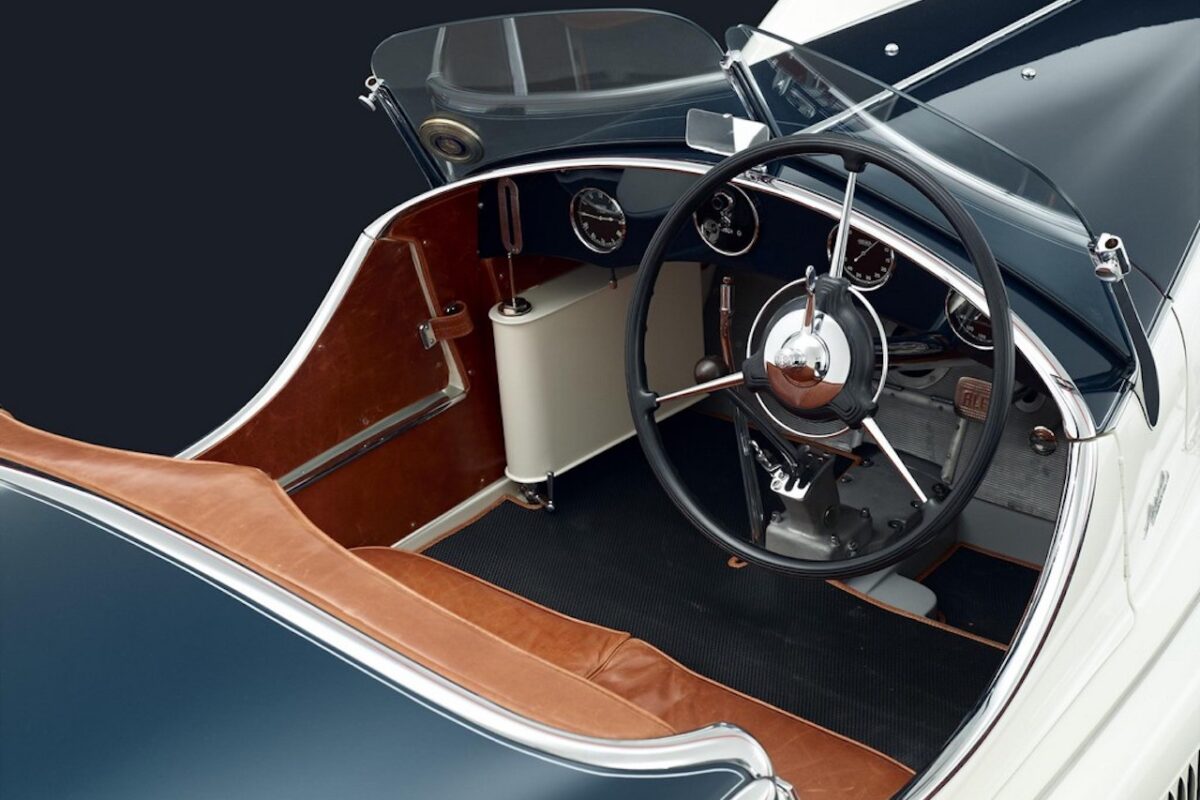 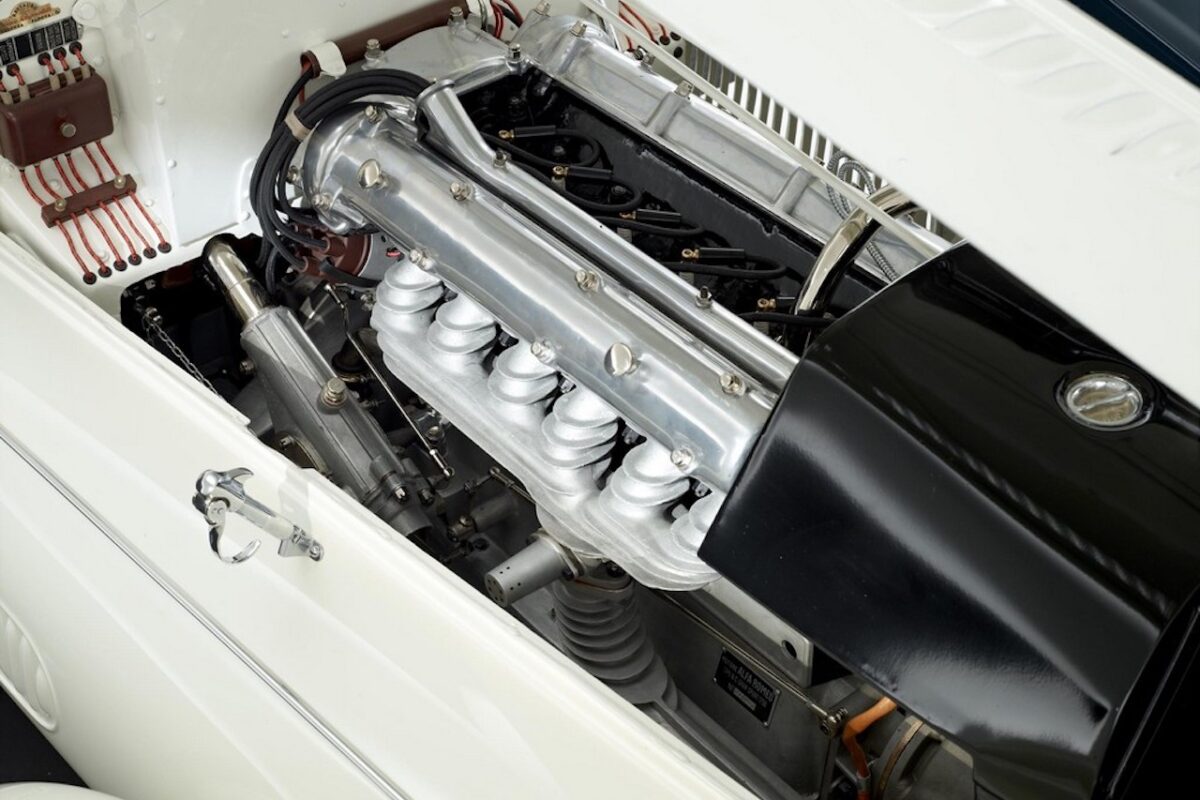 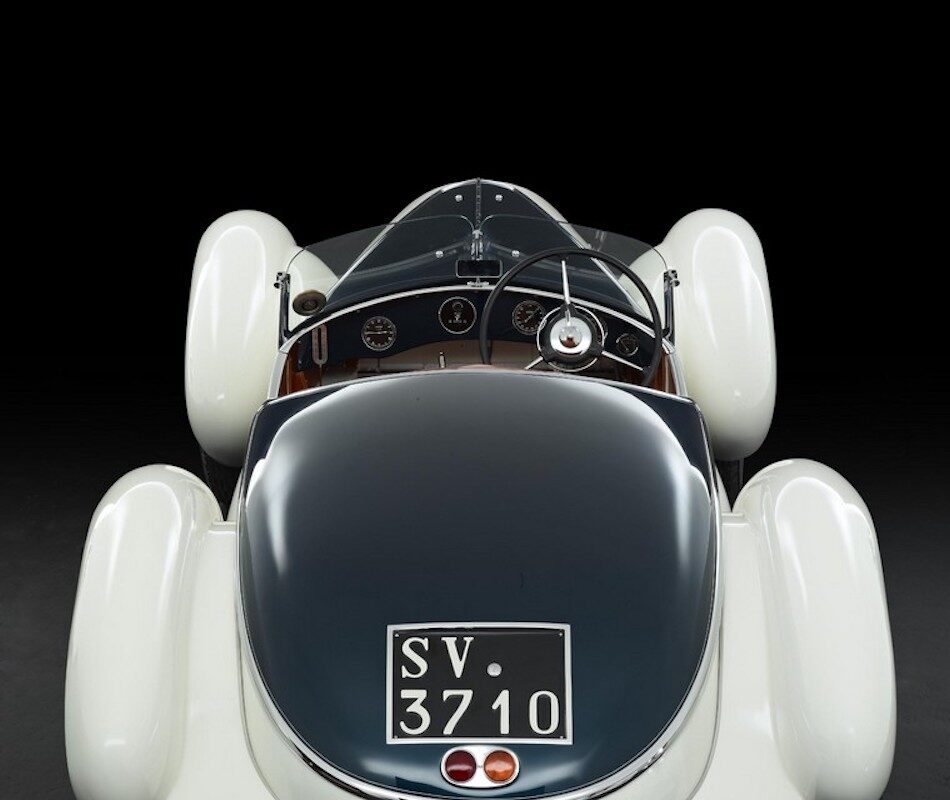 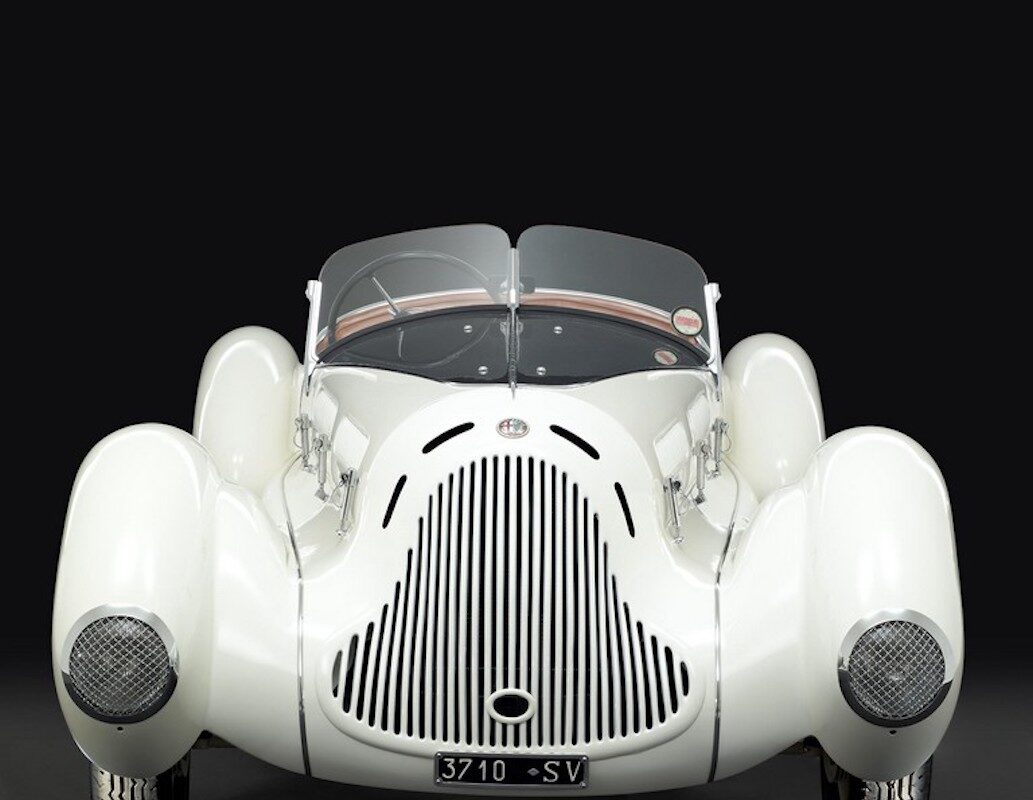 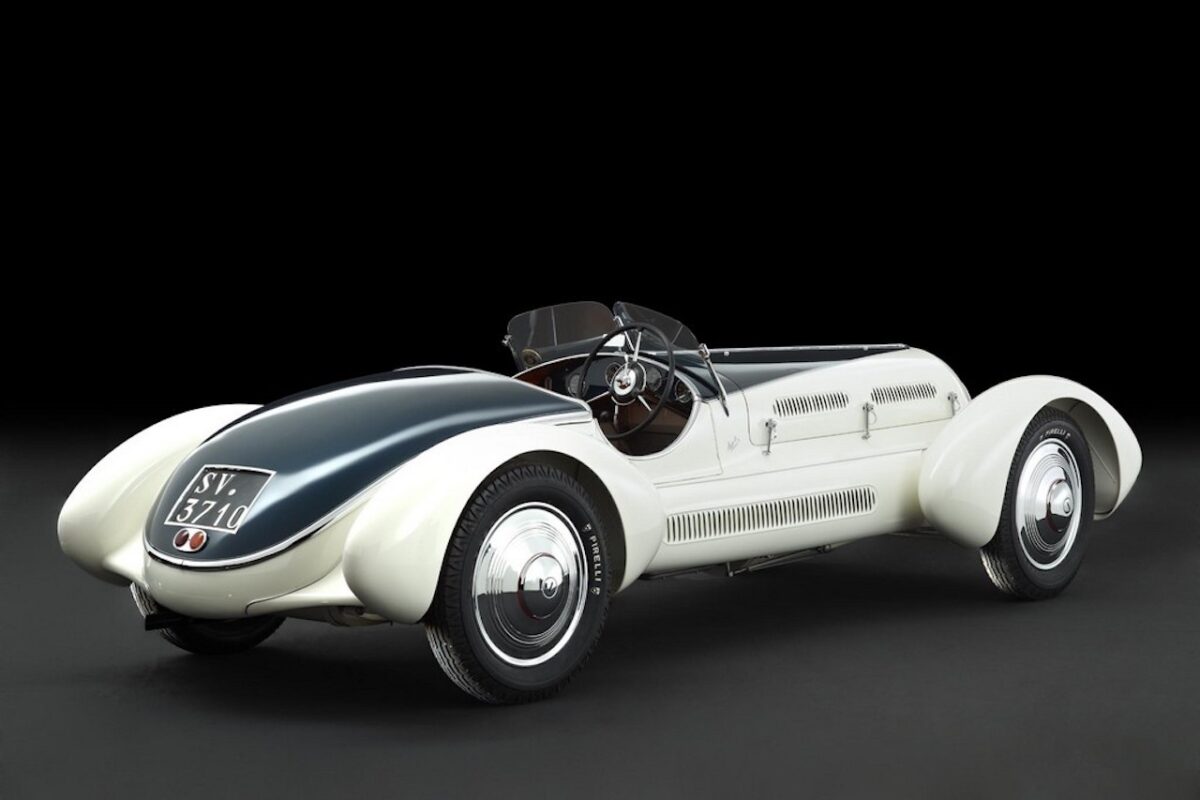 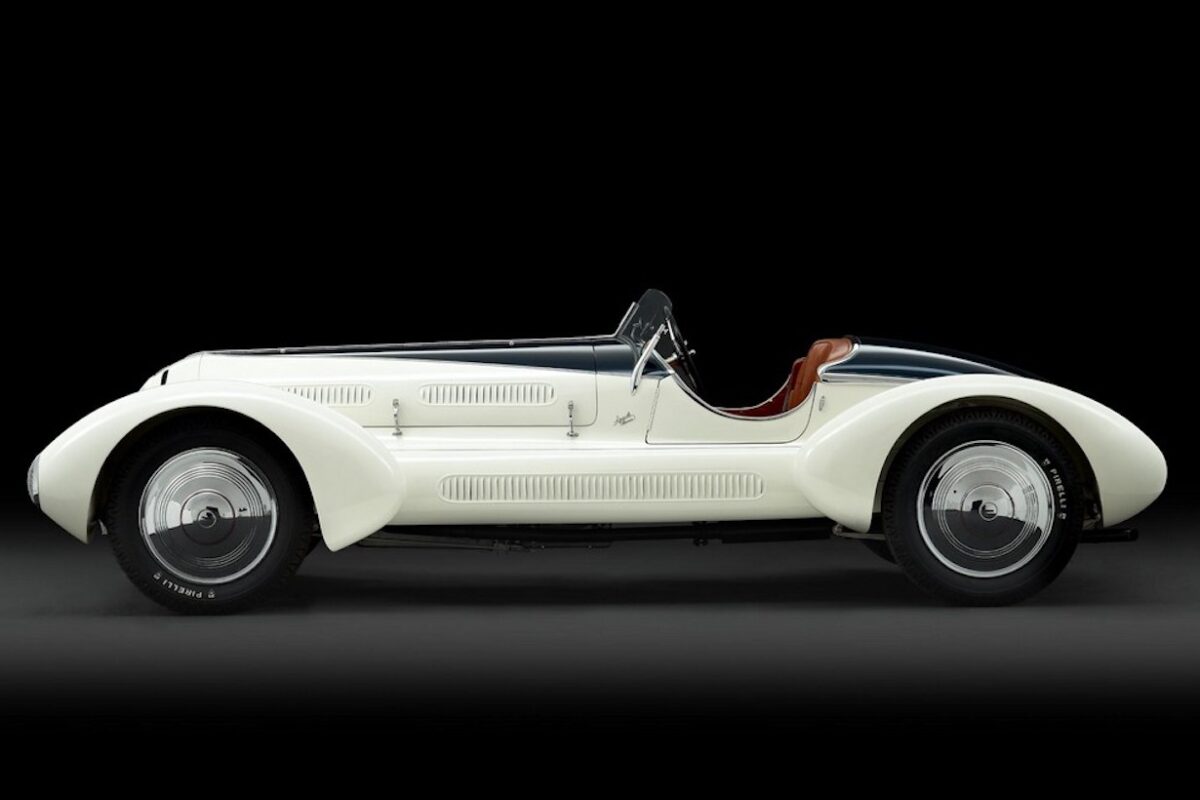 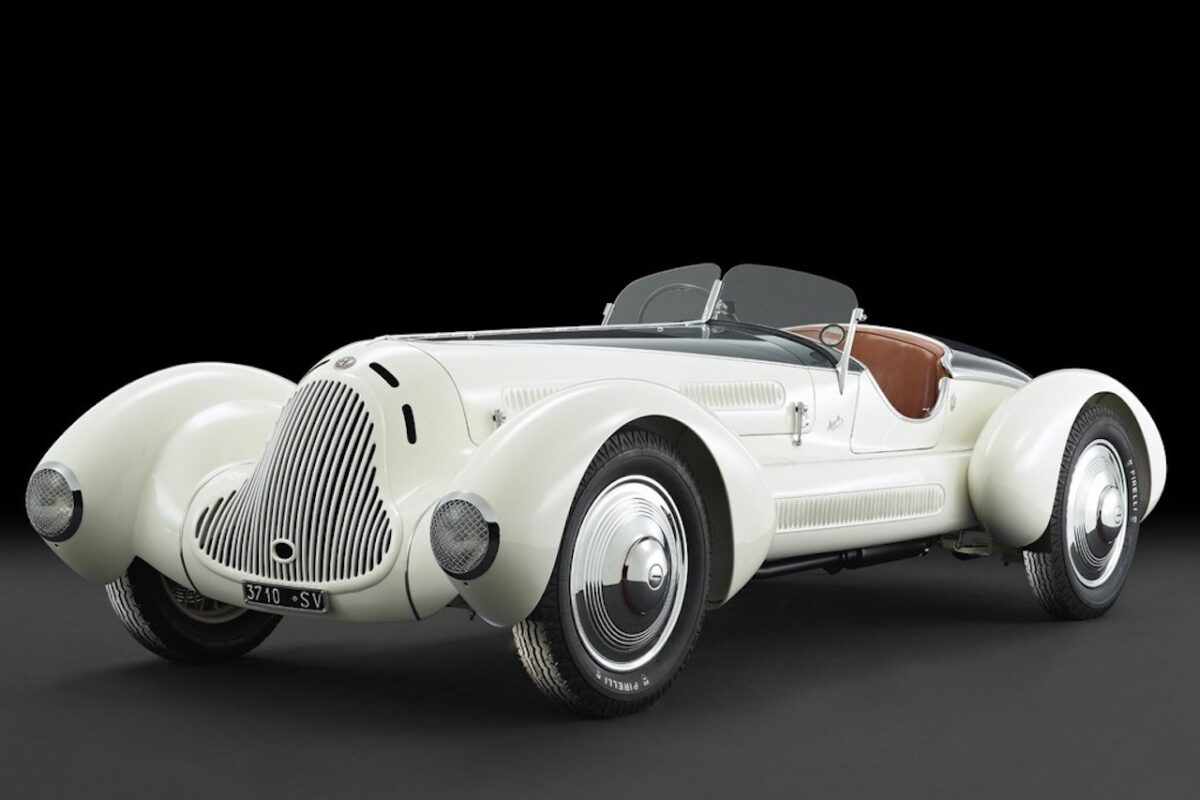 Around 1931, the Alfa Romeo 6C 1750 Gran Sport powered by a twin-camshaft 1752cc 6 cylinder engine designed by Vittorio Jano, was regarded as an absolute gem. A thoroughbred which had already proved itself by winning the Mille Miglia. Born with spider bodywork by Zagato, this car is a supercharged 6C 1750 Gran Sport, the sportiest version of the Milanese six-cylinder.

It was sold new to Giovanni Battista Aldo Barabini of Genova in 1931. After several changes of ownership the car went back to Alfa Romeo to be resold in ’33 to Dino Carabba, who in 1934 enrolled in the Varese-Campo dei Fiori, finishing fourth in class and eleventh overall.

In those years, the 6C probably ran in minor races, changing hands three times before being sold to the body shop of Giuseppe Aprile of Savona in August 1938. Less than a year after, the car was purchased by Brunello Feltri of Altare, a province of Savona, but meanwhile, Aprile had completely rebuilt the body of the car with a new modern and elegant look by the most important stylist of the period, Mario Revelli di Beaumont.

The transformed car survived the war unscathed and changed ownership again in ’56, in Liguria, where it remained until recently. Painstaking restoration work has restored it to its original splendor, as conceived by Revelli: a unique car that blends the great elegance to the sporty temperament of mechanics.