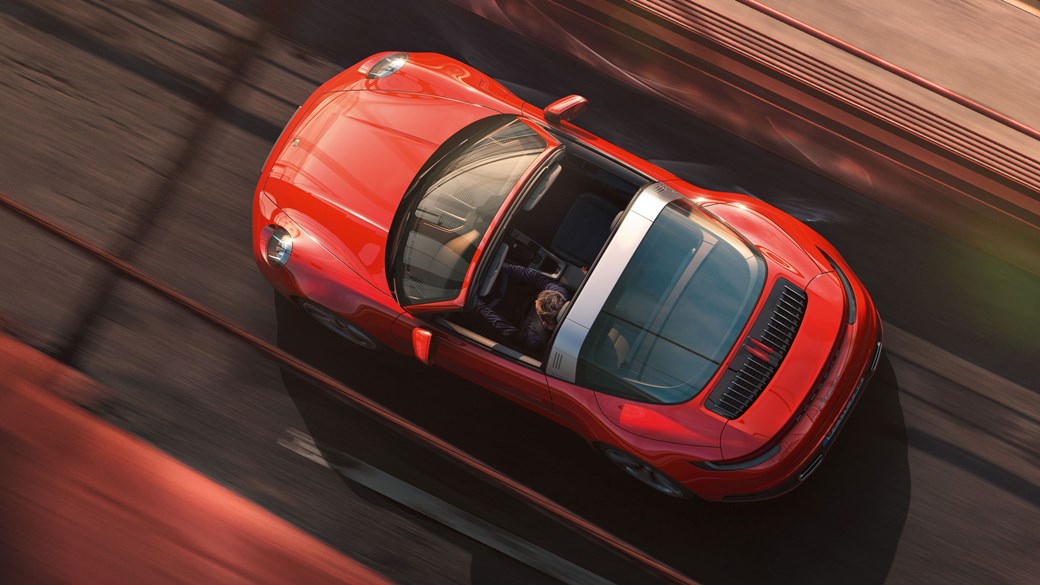 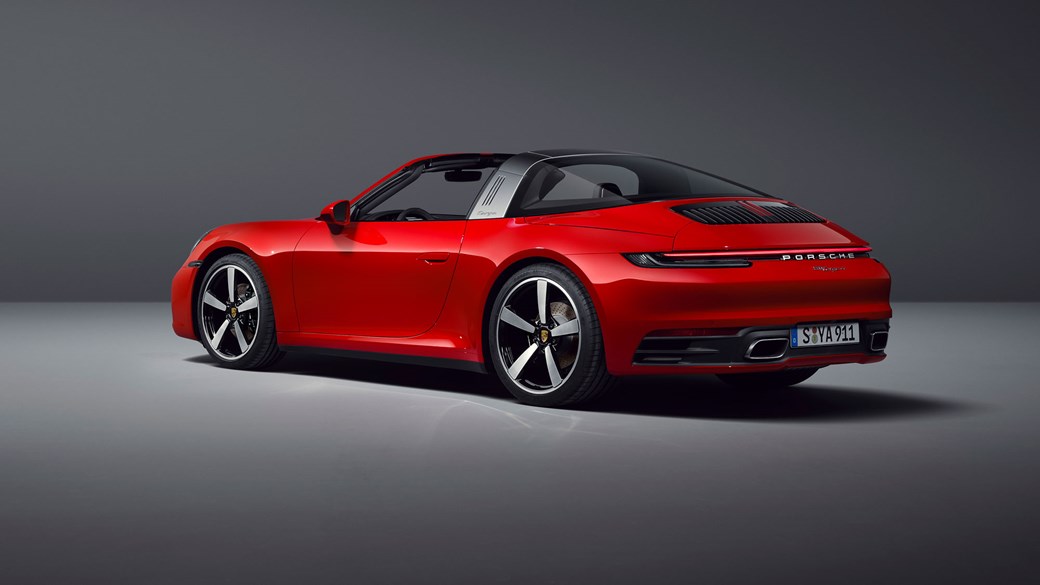 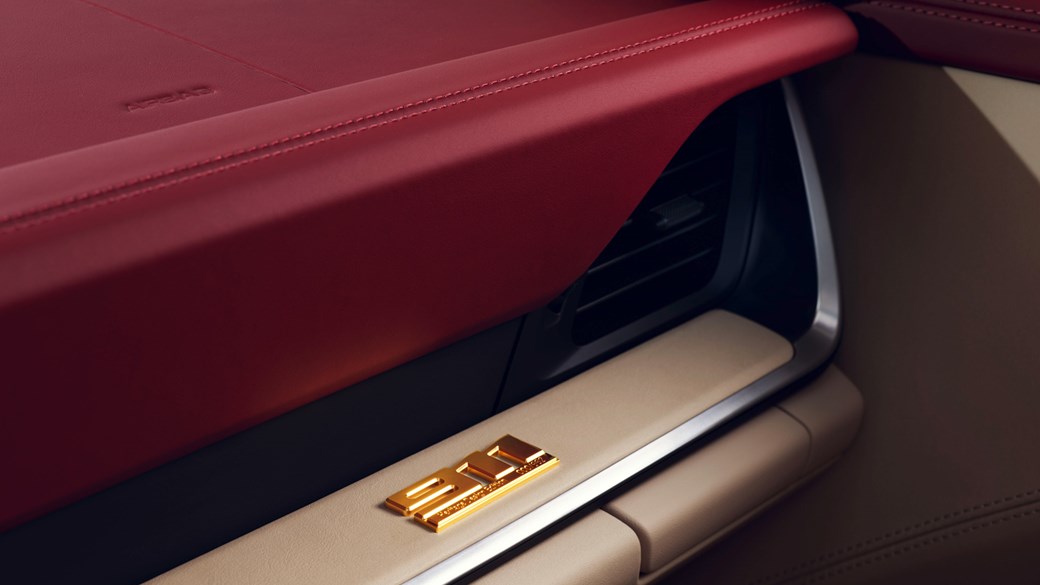 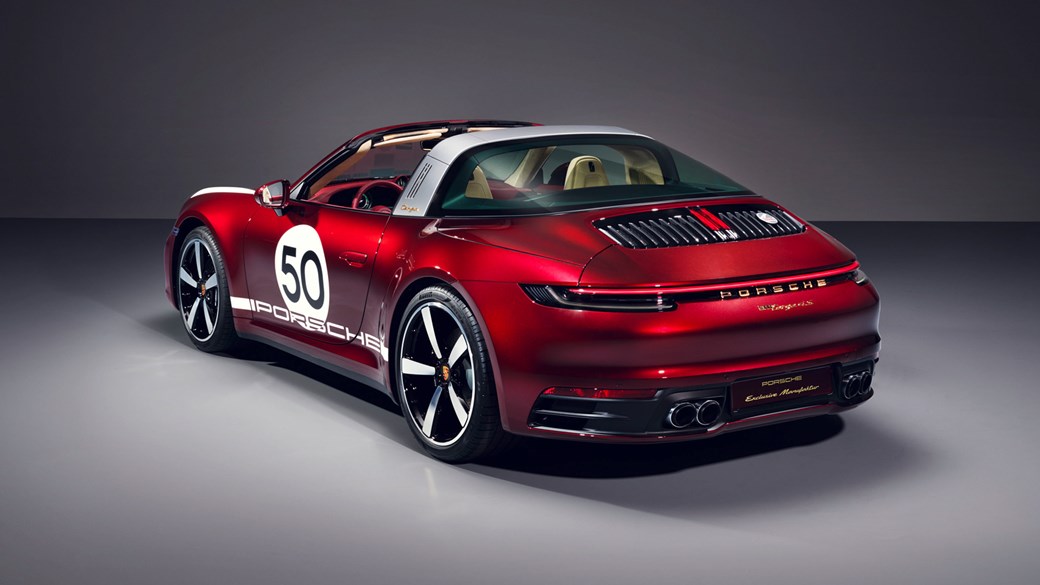 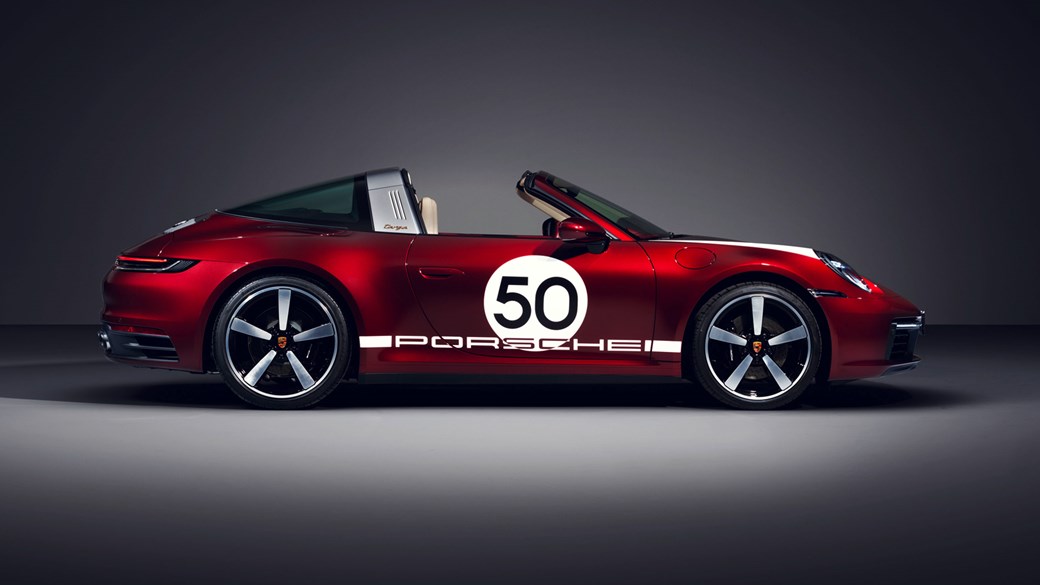 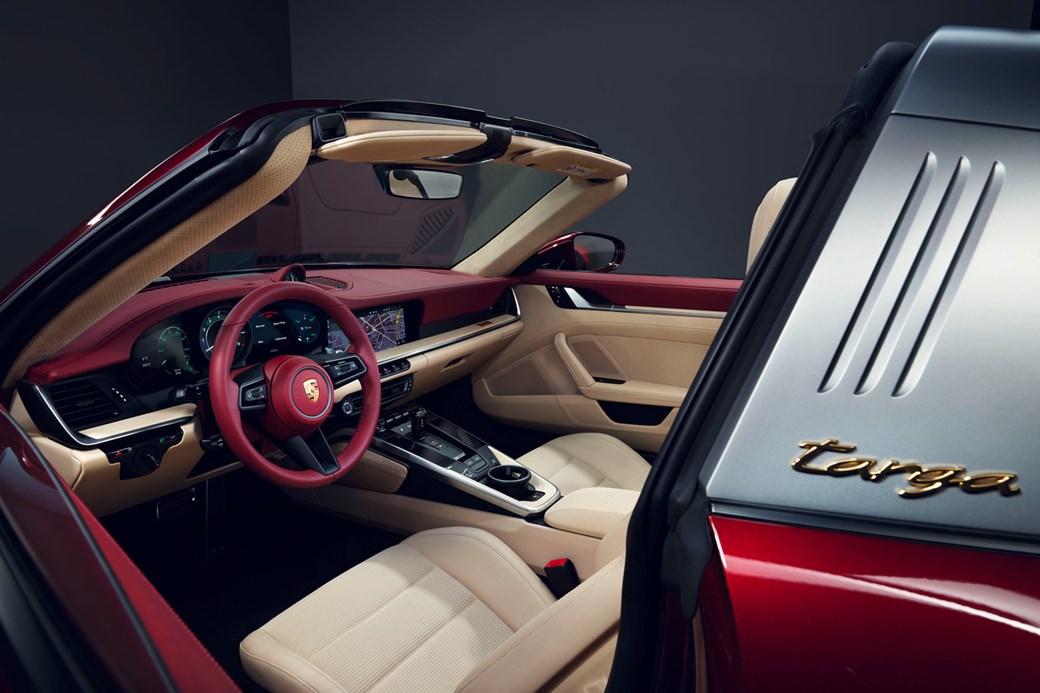 Porsche is turning back the hands of time with a 911 Targa 4S Heritage Design edition. Tipping its hat to the ’50s and early ’60s, it uses the 1963 version of Porsche’s crest on its bonnet, wheels and key, and has a two-tone red/beige interior trim scheme. That includes corduroy trim for the seats and doortrims, echoing that of some classic Porsche 356 models.

‘We’ve brought corduroy back because we see it in fashion and furniture today and sometimes when you see it at old-timer car shows, you’re reminded that it can be cool,’ says head of interior design Ivo van Hulten. ‘We’ve also picked out the logos on the pillars in gold. For many years we wouldn’t have done that but again, in furniture and home interior design, we see copper and gold tones, and I think it’s a really modern touch.’

Other throwback details include a quality seal badge on the rear grille, based on a shield that used to be given to Porsche 356 owners when their car had passed 100,000km. There are four paint options, including the Cherry Metallic pictured here (‘a reinterpretation of a colour called Pascha Red on the 356 in the late ’50s,’ van Hulten says).

With the aim of becoming a collector’s item, only 992 Heritage editions will be made. Certain elements of its interior will be available as part of an option pack for all 911 models, however. In the UK, it’s priced from £136,643.

The four special editions will be revealed over the course of the 992-generation 911’s lifetime, appearing on different 911 variants and celebrating different decades in the 911’s history. They are intended to blend the technology of modern-day 911s with design elements from the past.

We can’t wait to see the other 3 special edition Porsche 911 Targas.