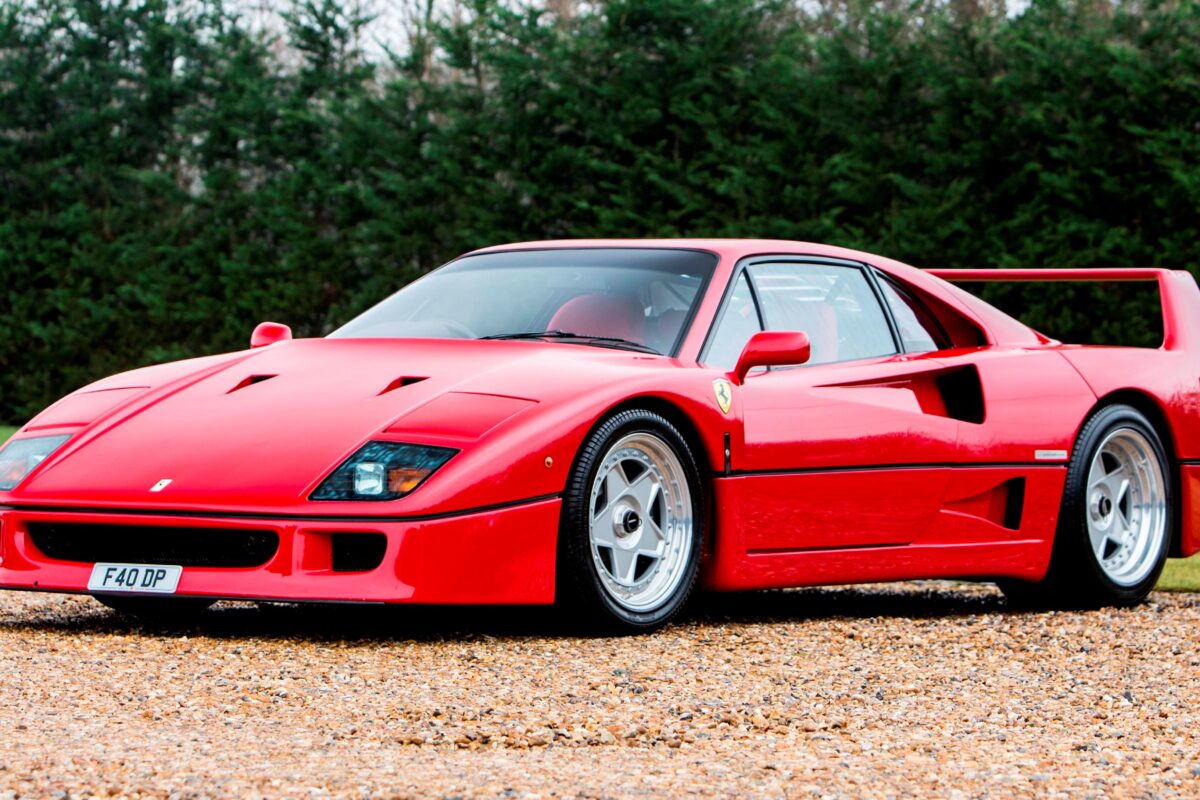 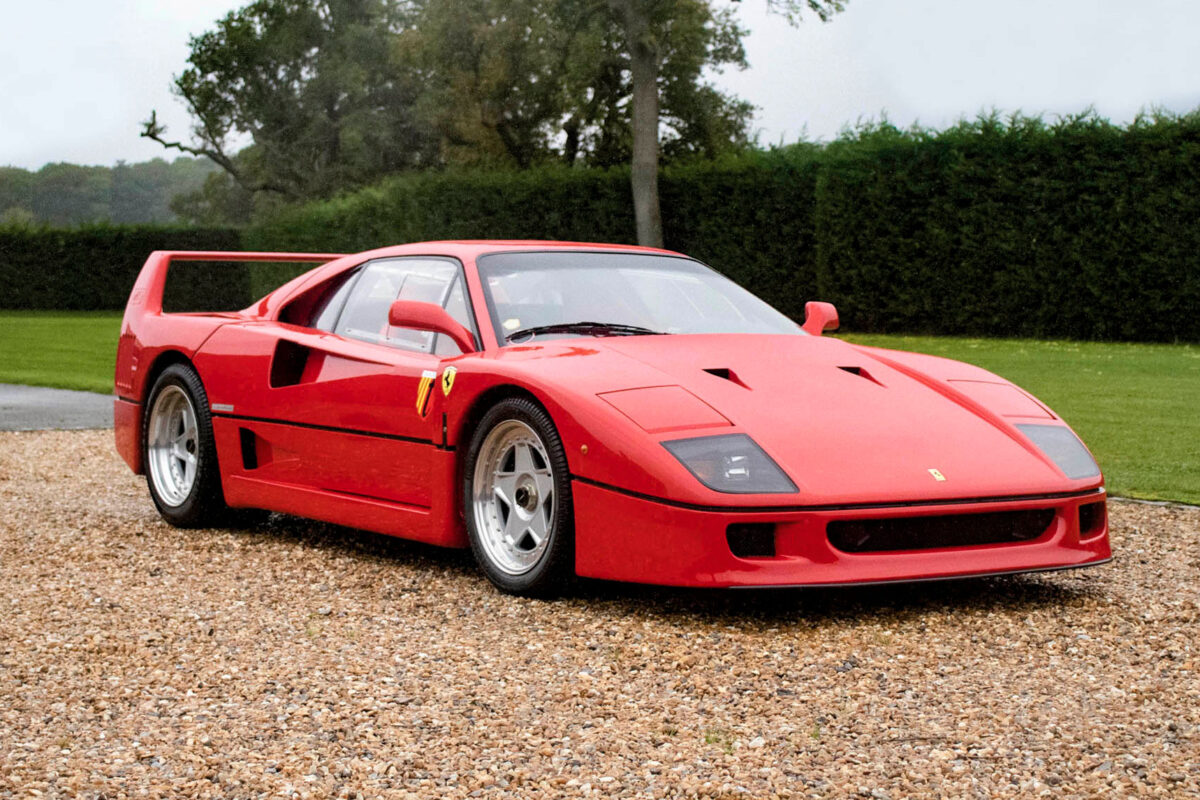 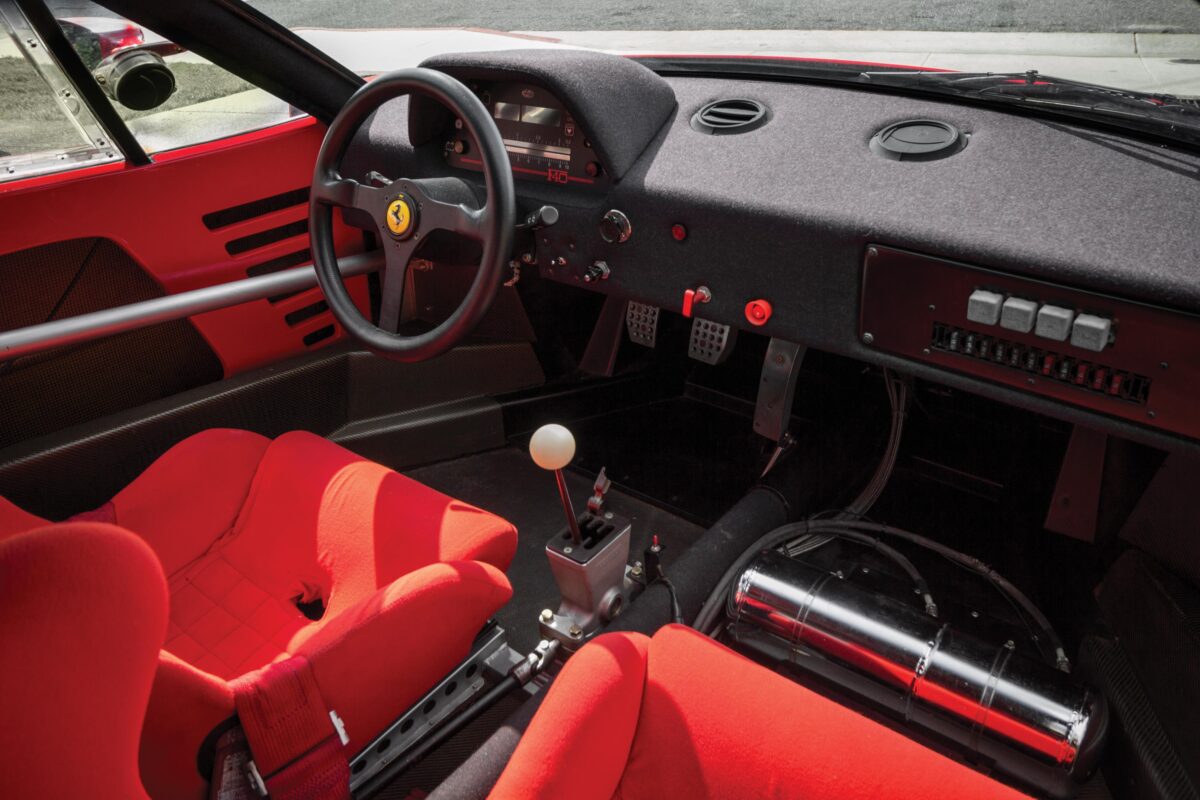 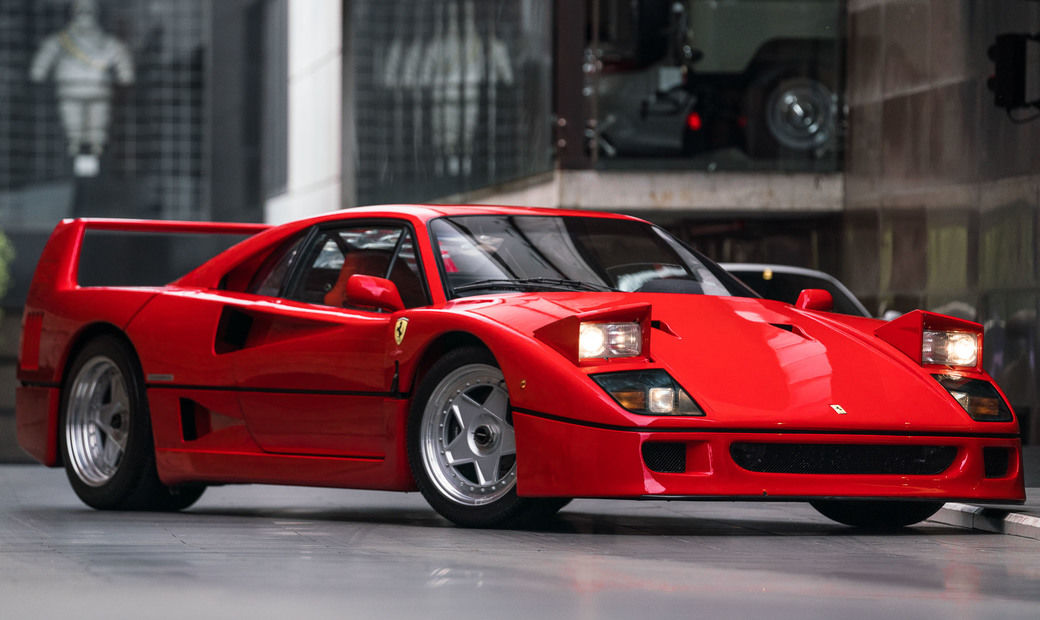 Ferrari F40 was the poster car for any Eighties-born petrolhead, and the magnificent car still belongs on the walls. What more can be said, that has not already been said about this epic car!

Created in 1987 as a successor to the 288 GTO, the sleek mid-engined berlinetta celebrated Ferrari’s 40th anniversary. It was also the last vehicle to be personally launched by Enzo Ferrari himself.

A masterpiece of engineering and style, the F40’s development was shrouded in secrecy, which made its reveal all the more memorable. Ermanno Bonfiglioli, who worked as Ferrari’s Head of Special Projects, recalled “I have never experienced a presentation like that of the F40. When the car was unveiled, a buzz passed through the room followed by thunderous applause,”. “No one, except for close associates of Enzo Ferrari, had yet seen it.” After just 13 months of development, the F40 was ready for the road, which was an unusually quick turnaround.

Production of the engine started in June 1986. The F40’s 8-cylinder twin-turbo produced 478-hp, but several innovations enabled the F40 to become the first production Ferrari to exceed 320 km/h (198 mph).

In 1984, Ferrari-factory engineers had locked their sights on a target in the FIA Group B group, the Porsche 959. The Germans had built the world’s fasted street-legal production car (it hit 197 mph), and it hadn’t gone unnoticed by the team at Ferrari. However, in 1986 when the FIA eliminated Group B, Enzo was left with five 288 GTO Evoluzione development cars and nowhere to race them. He (thankfully) decided to blow out the production and make it a road-legal machine.

When debuted, Ferrari pledged a limited production run of 400 units. The price per each rolling work of art? $400,000, which was about five times the price of the preceding 288 GTO. (Today, that would be about $900,000, if the 1987 price was adjusted for inflation.) Understandably, far more than 400 clients wanted an F40, so after that self-imposed production cap was reached, Ferrari just kept building units. When all was said and done, 1,315 F40s were made, 213 of which reached the United States.