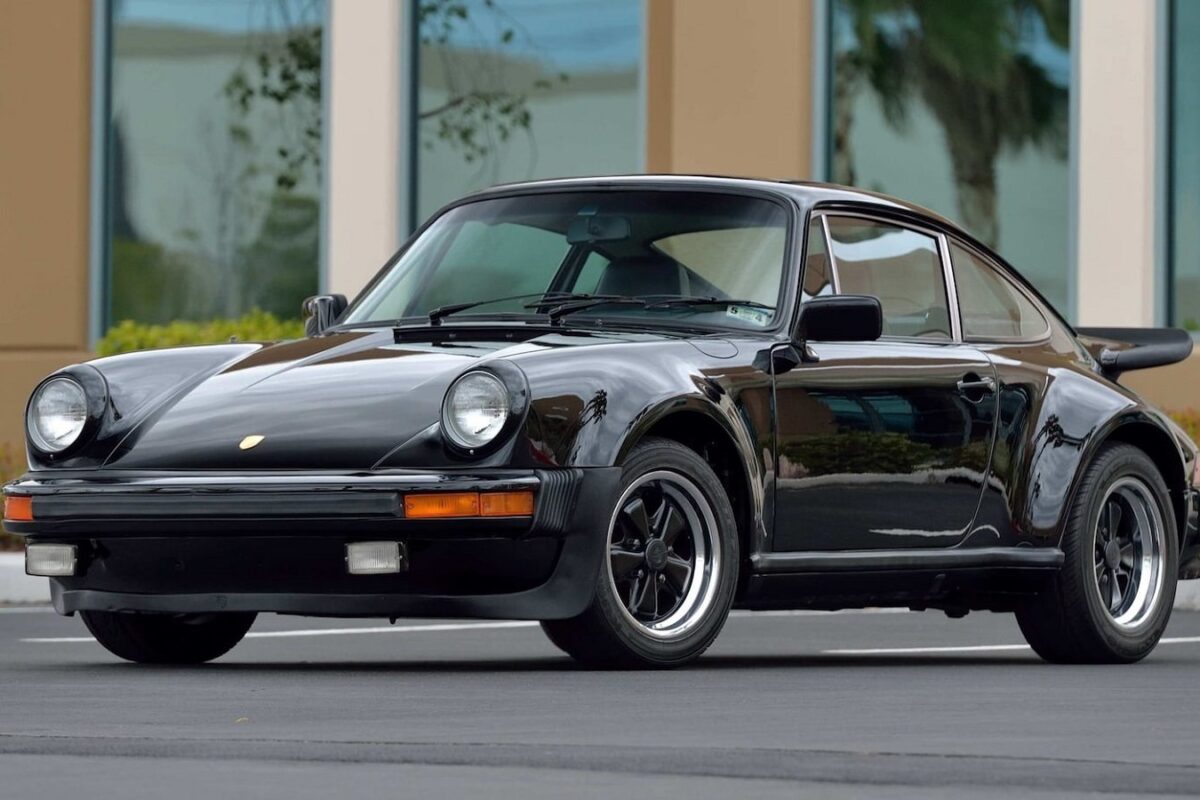 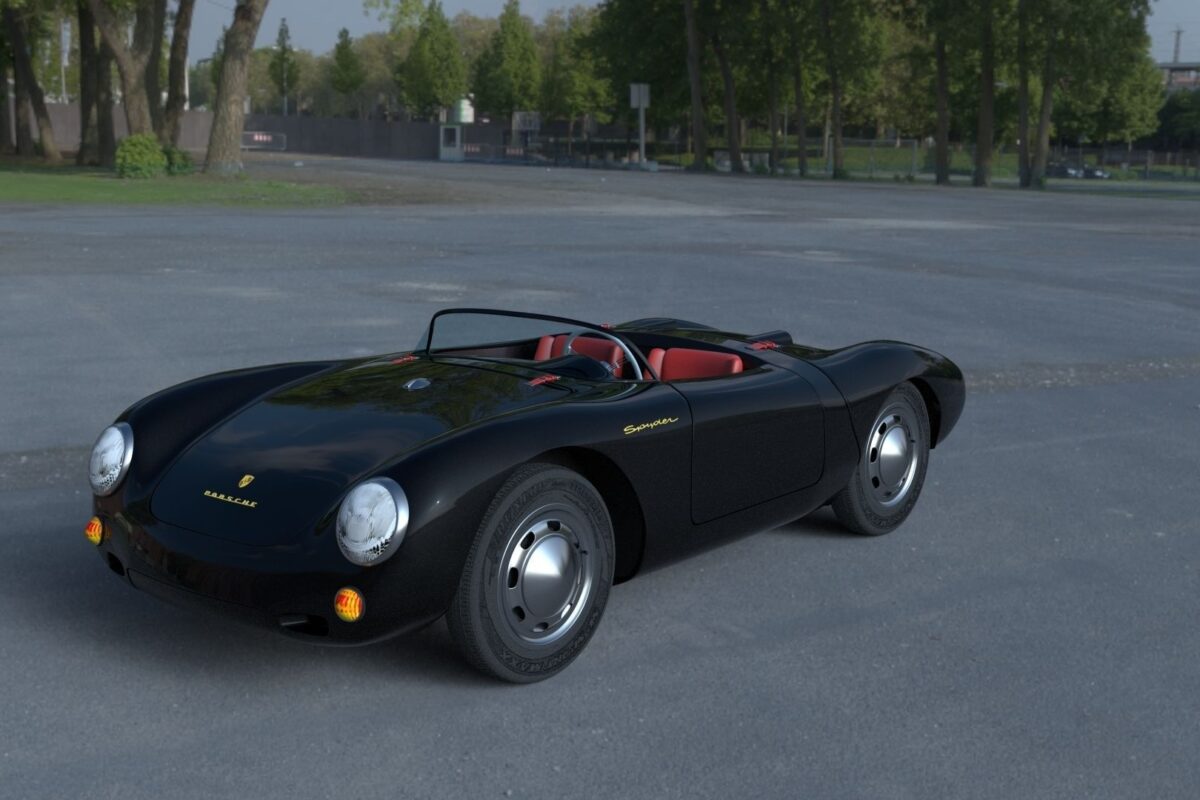 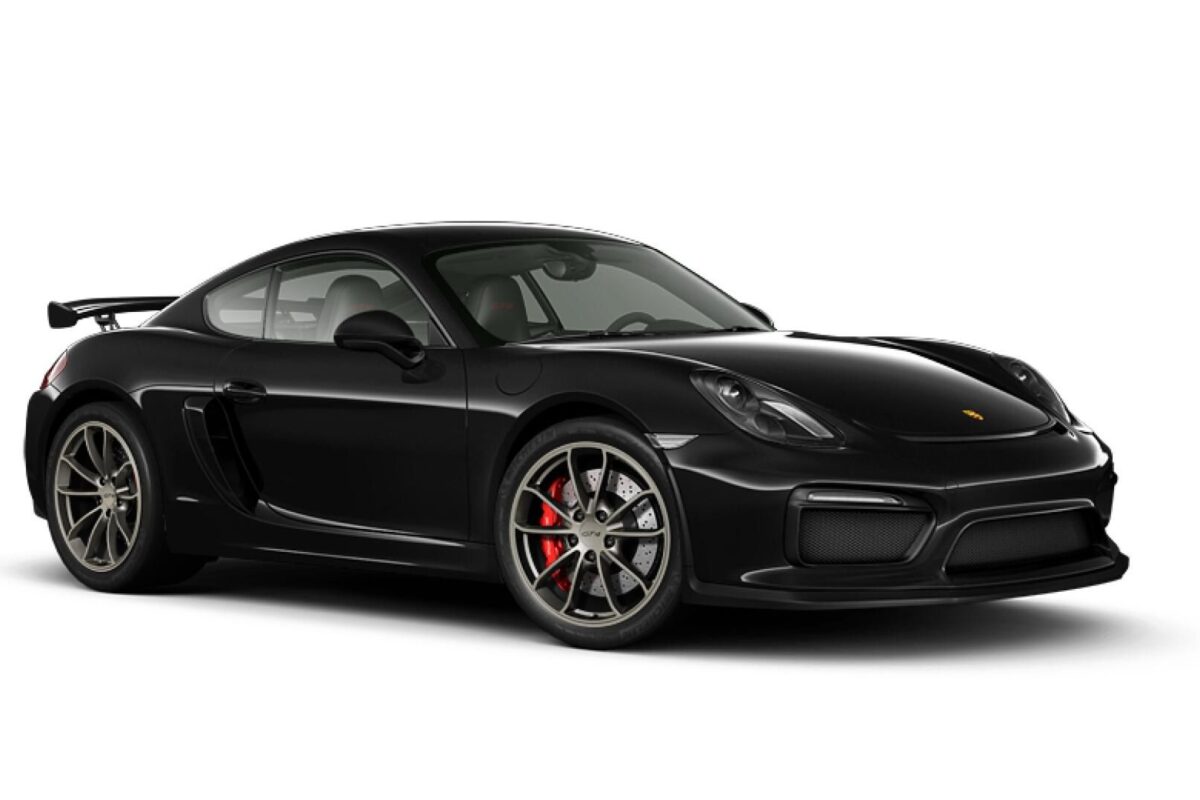 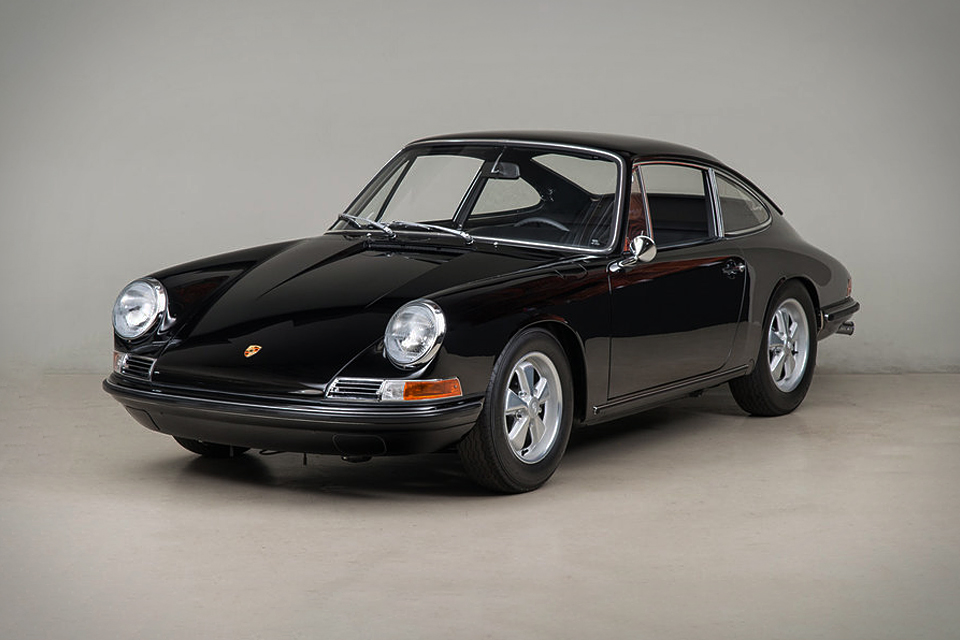 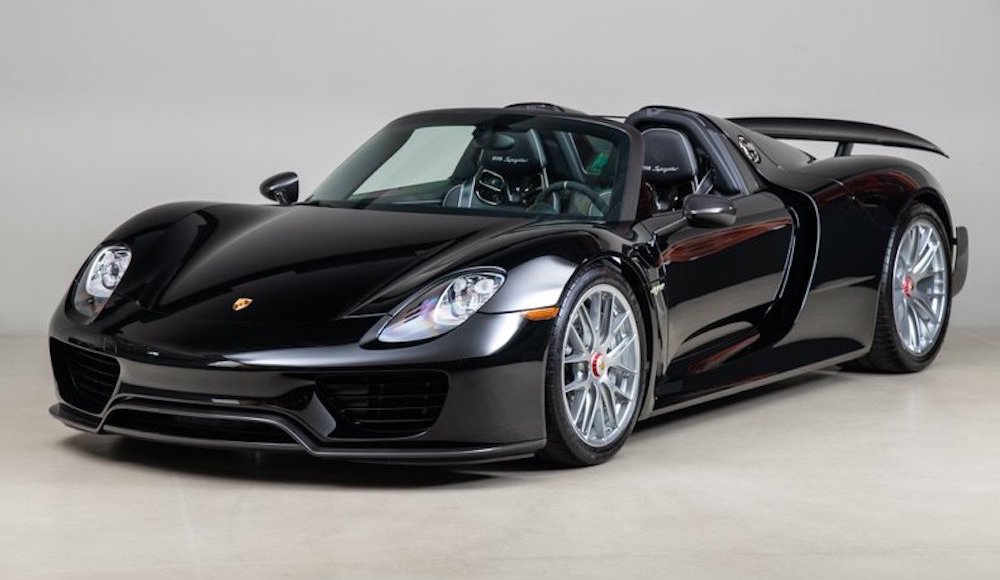 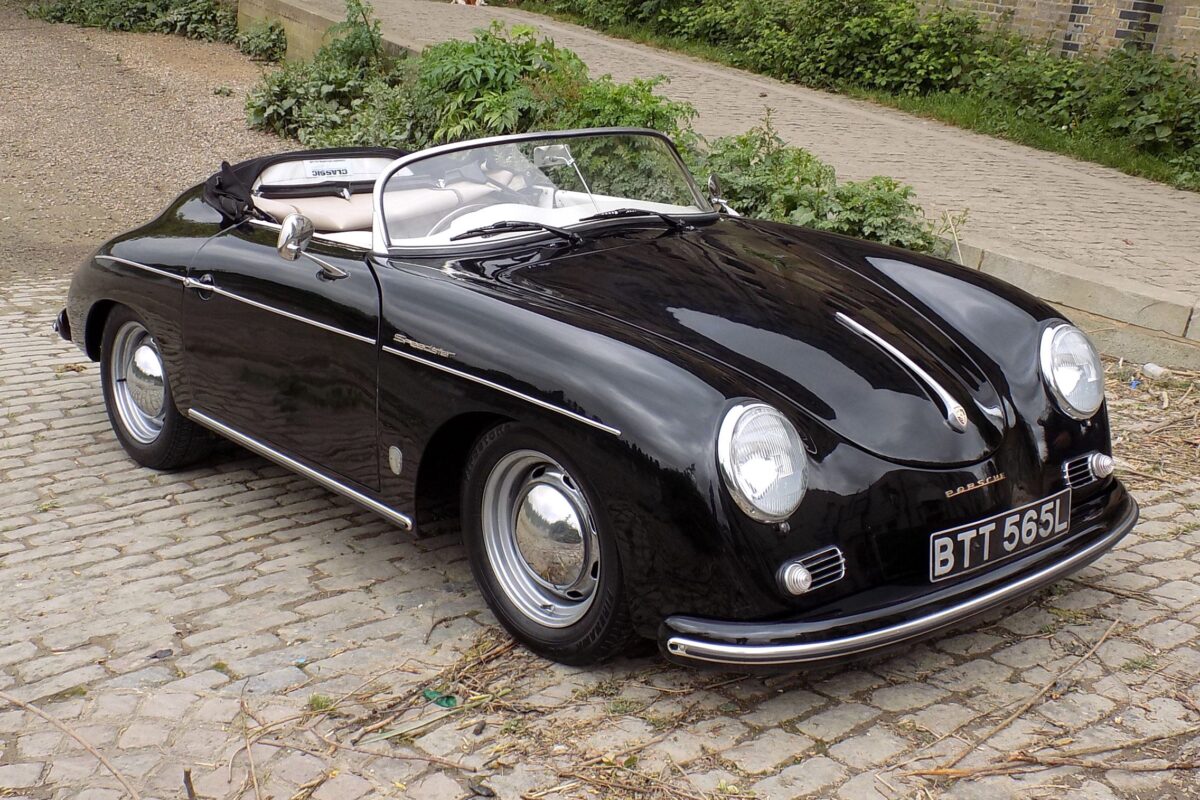 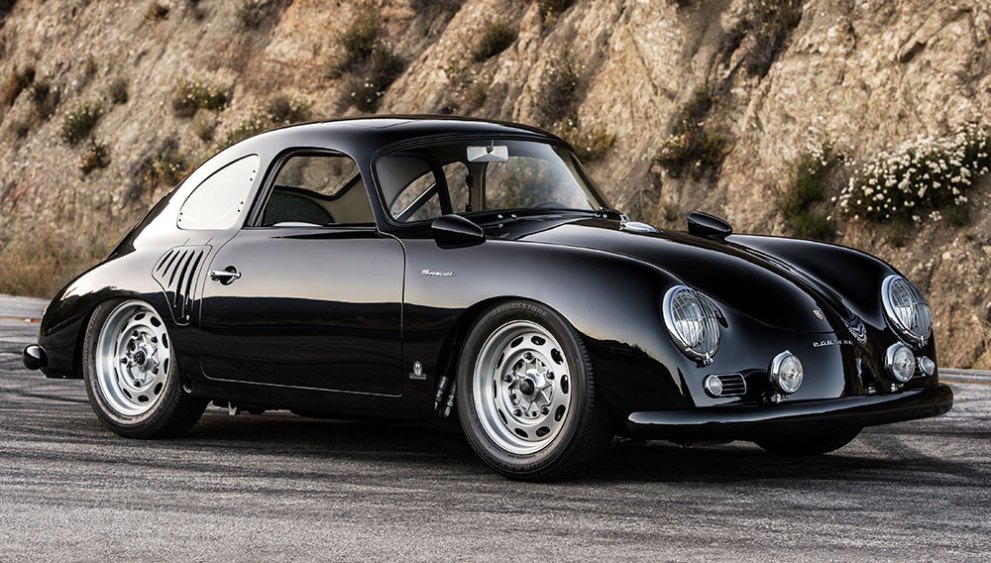 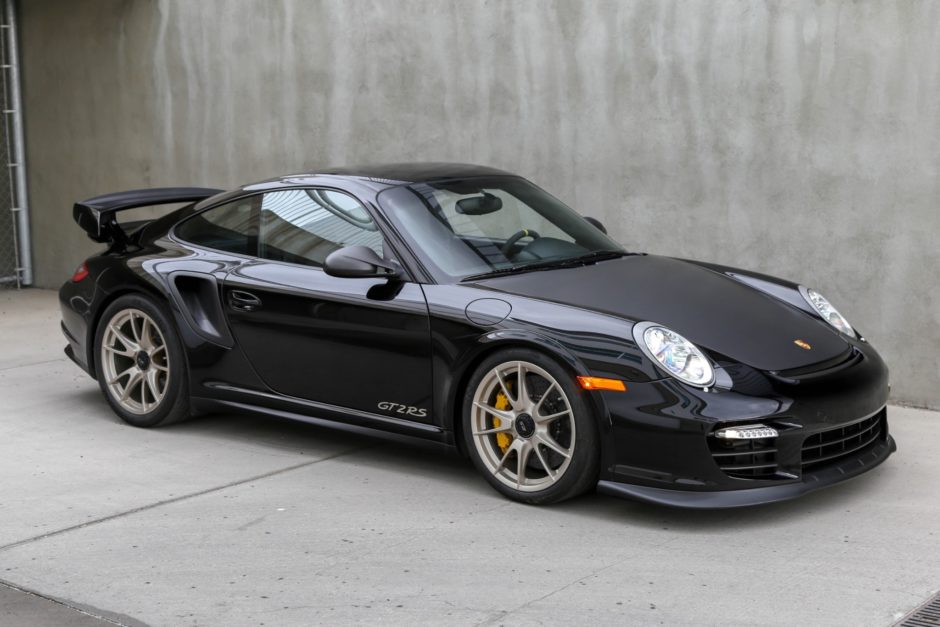 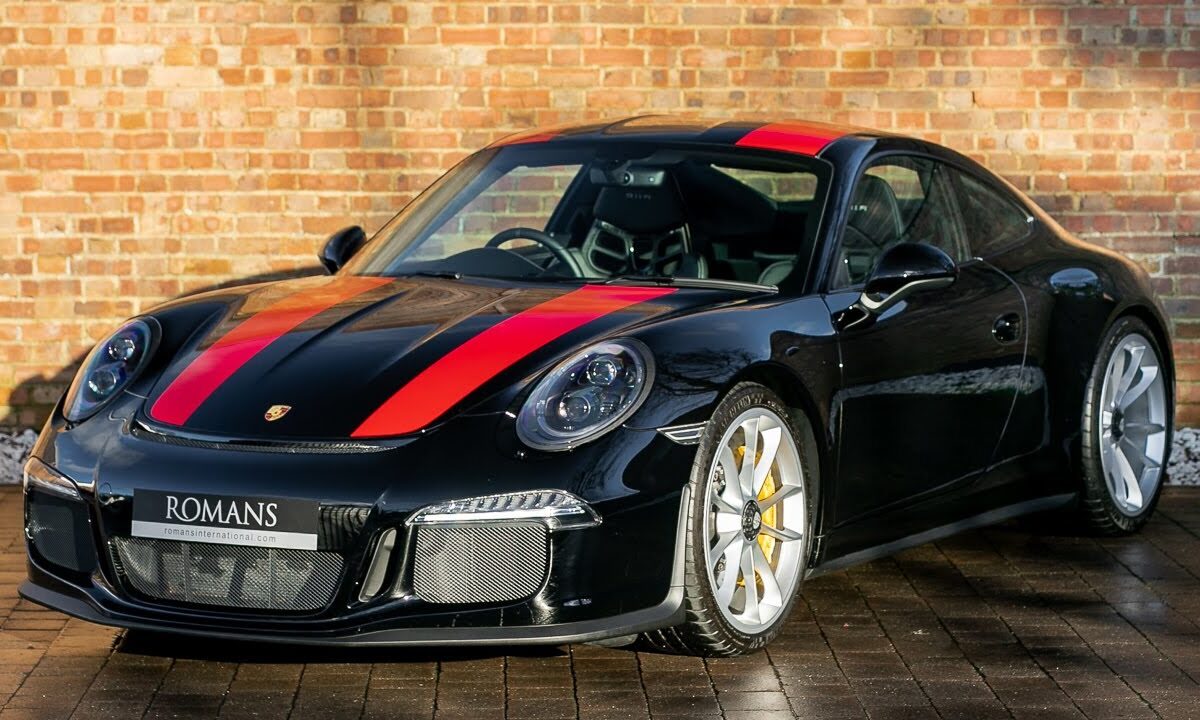 Porsche is known globally for blessing the world with a variety of incredible automobiles, established in 1931 by Ferdinand Porsche it has become one of the most renown manufacturers thanks to its iconic models. Since it was founded, it has produced nothing but the best machines, and there is not one that we can point out and say it was horrible. However, we took a trip down memory lane and chose our top 10 Porsche models of all time.

Think of this as a manual GT3 RS and you’re pretty close. The limited edition is the perfect Porsche on paper with its 500 hp 4.0-liter naturally aspirated flat-six engine, 6-speed GT sport manual transmission, exotic lightweight materials and lots of cool Porsche motorsports tech thrown in.

This isn’t the fastest 911. It is designed to be a sports car, something you can enjoy driving even if you’re not wringing it’s neck out or trying to break lap records. It is refreshing. As much as the current GT3 and GT3 RS are epic cars, they’re not much fun or approachable on real roads. The Porsche 911 R is much more than that. It is the kind of car you take when you want to hit some mountain passes or some back roads to let off some steam.

The GT2 RS is considered the is the most expensive and fastest model among the 911 lineup. The ‘991’ version is still the fastest, most powerful road-legal 911 to date: a hardcore hero with two seats, a titanium rollcage and an Airbus-sized rear wing. A 700hp twin-turbo engine means 0-62mph in 2.8 seconds and 211mph flat-out, plus the ability to blitz the 12.9-mile Nürburgring circuit in six minutes 47 seconds. Among series production cars, only the Lamborghini Aventador SVJ has gone quicker.

It was the first ever Porsche model manufactured. It is arguably the purest form of the brand and the father of all the Porsche’s we see on our roads. The 356 was the car that cemented the company’s success in the United States, those who like their cars vintage adore it.

The 356 is lightweight, has a rear engine and wheel drive, and two doors. To this day it remains one of the most iconic Porsche’s, and it never grows old. Finding one might prove to be a daunting task and if you want it in your collection that badly, then you better be ready to blow a massive hole in your bank account.

The Porsche 356-speedstar was created in 1956 and the manufacture of the car lasted for three years. It was a minimalistic version of the previous 356 and had a simple folding top, it did not have any side windows and lacked a conditioning system.

However, thanks to its simple design and classy look, the Speedster gained instant gratification as soon as it hit the market. Also owing to its design, most people bought it for the sake of luxury and enjoyment. Anyone who owned this model back then was perceived as wealthy. Today, the speedster is highly collectible, but only a few owners are willing to sell them. The 356 speedster has a rear engine and two doors.

The Porsche 918 Spyder was a mid-engined, plug-in hybrid supercar. The Spyder was powered by a naturally-aspirated 4.6-liter V8 engine that was capable of producing 608 horsepower (453 kW). Paired with this engine are two electric motors that deliver an additional 279 horsepower each, for a cumulative combined total of 887 horsepower (661 kW.)

It is one of the fastest accelerating cars on the planet and its top speed is up there too with the fastest cars in the world.

In mid-1980’s, Porsche rocked the automotive community again after announcing the release of the 959. Unlike many of its predecessors, the 959 was highly developed and boasted a lot of features which other brands could not even dreamed about. It was one of the most complex road machines which could easily endure tough off-road racing rallies.

The 959 interior is styled similarly to the 911, however its outer body is made of lightweight panels and an aluminium skinned lid and doors. It has a stylish appearance which is made up of water-cooled cylinder lids. It can go up to speeds of 197mph and 0.62 in approximately three seconds an aspect that makes it a favourite of many racers. It prides itself over a 444 horsepower and is the first Porsche to have tire pressure sensors along with magnesium wheel. Up to date, there are very few cars which can beat this cars speed, and it is among the best Porsche’s ever made.

The 911S was introduced to increase the performance potential of the undeniably successful 911 – if you’re a MyCarHeaven fan you’d know just how much we love the Porsche 911. The 911S had a more powerful engine along with a number of chassis enhancements that made it very desirable. Becoming the flag­ship of the fleet, the $6990, 180-hp, 6-cylinder 911S was loaded with per­formance and luxury features.

Distinctive 5-leaf wheels from Fuchs that were made from forged magnesium-alloy, a leather-covered steering wheel rim, extra instrumentation, an auxiliary gaso­line heater, fog lights, pile carpets, and waffled padding on the dash (all pretty luxurious back in 1967 folks).

The tradition of race-inspired 911s really started here. A 2.0-liter flat-six producing 180-hp with a 7,200 rpm redline in 1967 was pretty special. This was clearly a more powerful and sportier car and much better than other cars of the same era.

In 1974 Porsche introduced the first production turbocharged 911. In Europe it was called the Porsche 911 Turbo and in the United States it was called the Porsche 930. It looked different than the normal 911s, with wider wheel-arches, bigger wheels and tires and a large rear “whale tail” spoiler. Starting out with a 3.0L engine with 260 hp, it rose to 3.3L and 300 hp for 1978. Only in 1989, its last year of production, was the 911 turbo equipped with a five-speed gearbox. The 911 turbo was replaced in 1990 with a 964 version featuring the same 3.3L engine. There have been turbocharged variants of each subsequent generation of 911.

The 930/911 Turbo was Porsche’s top-of-the-range 911 model for its entire production duration. t was the fastest production car available and very quickly became known as the supercar beater and widowmaker.

The components for the Cayman GT4 were sourced from the 911 GT3 which is why some Porsche fans refer to the Cayman GT4 as the Cayman GT3. The engine was carried over from a Carrera S and a tweaked and tuned chassis, brakes and aerodynamics, Porsche’s engineers did their best to produce the perfect mid-engine sports car for road and track use. & we think they nailed it.

The GT4’s 3.8-litre flat-six engine produces 385 hp (283 kW) and is mated to a six-speed manual gearbox with dynamic gearbox mounts. Compared with the standard Cayman, the GT4’s chassis was lowered by 30mm and bigger brakes were added, with many aspects of its suspension carried over from the 911 GT3. Make no mistake; this is some serious motorsport kit.

The 550 Spyder was manufactured in 1952 and went on for four years when it ceased production. Although the 550 Spyder Porsche is no longer in the market, it is another one of Porsche’s oldest models, and its design was based on the 356.

It helped soar the company to higher markets due to its superb features. For instance, it boasts a mid-engine layout which makes it way easier to handle and its ability to beat other racing cars on the ground due to its powerful engine. It started off as a road car, but as more modifications continued to be added, it finally ended up in the racing arena.

There were only about ninety models of the 550 Spyder which make their price quite expensive and moreover it’s difficult to find any owner of the Spyder wanting to sell it.