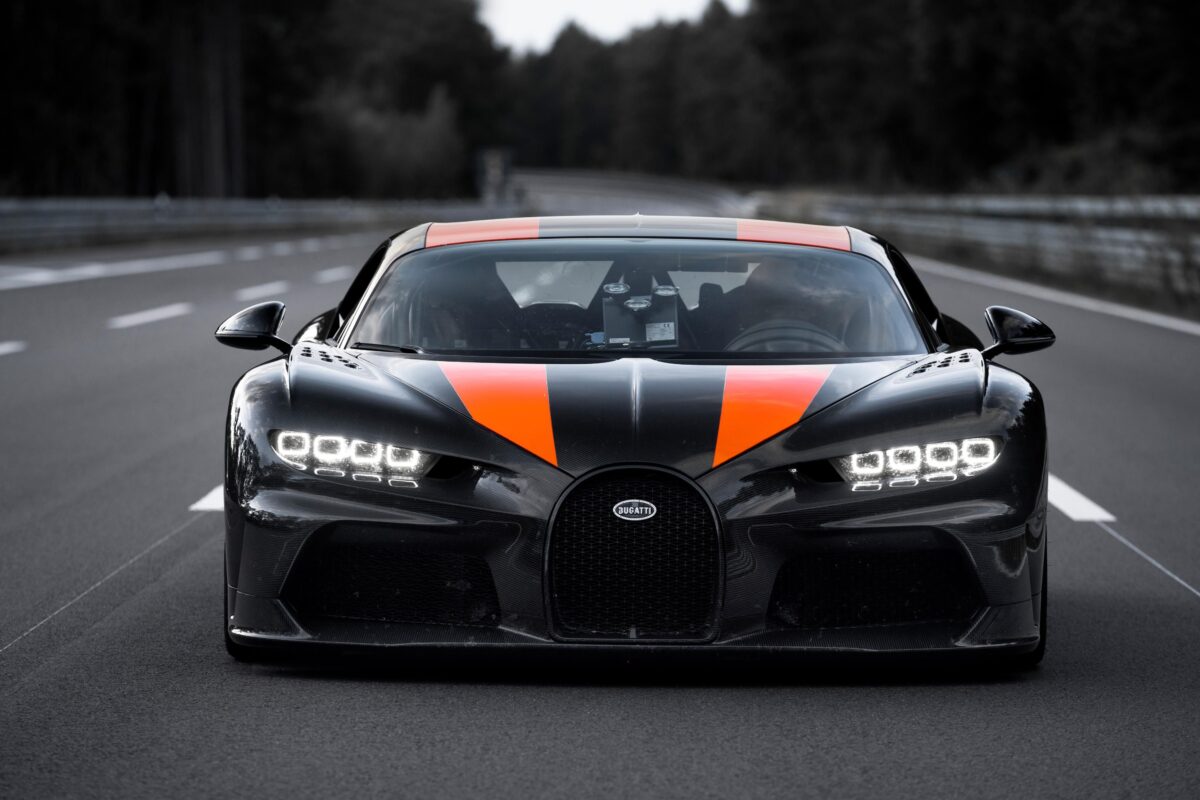 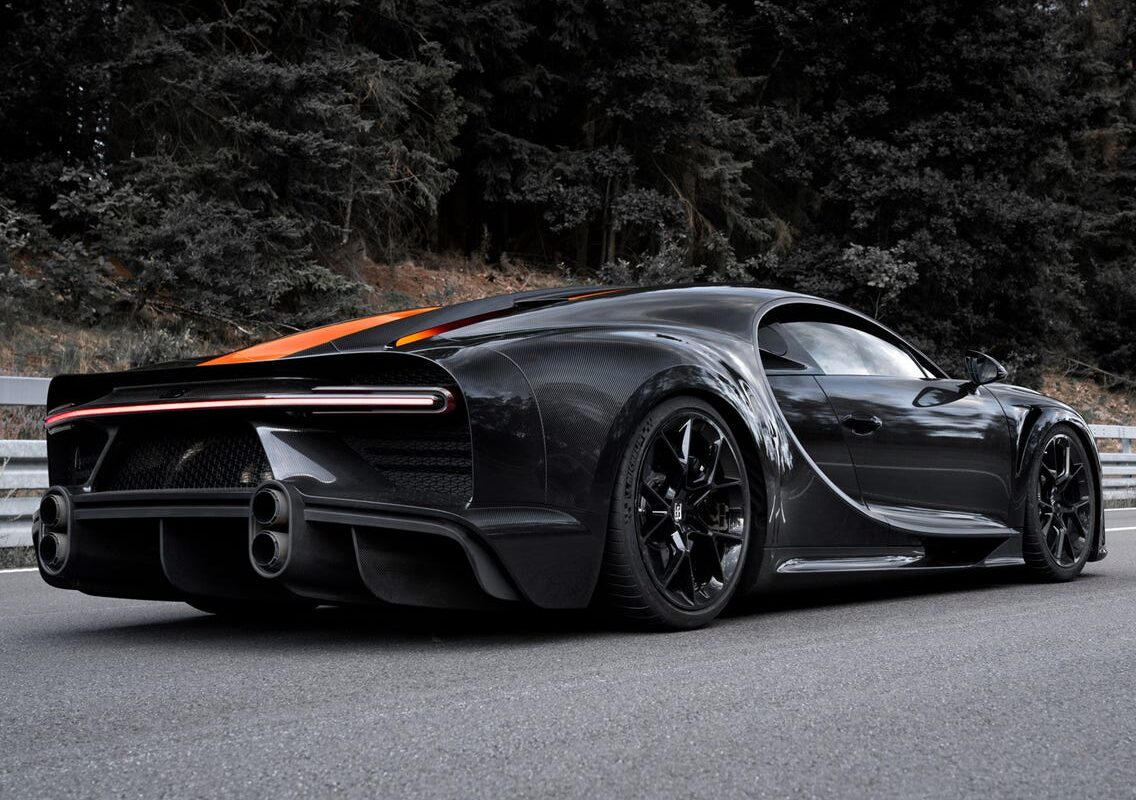 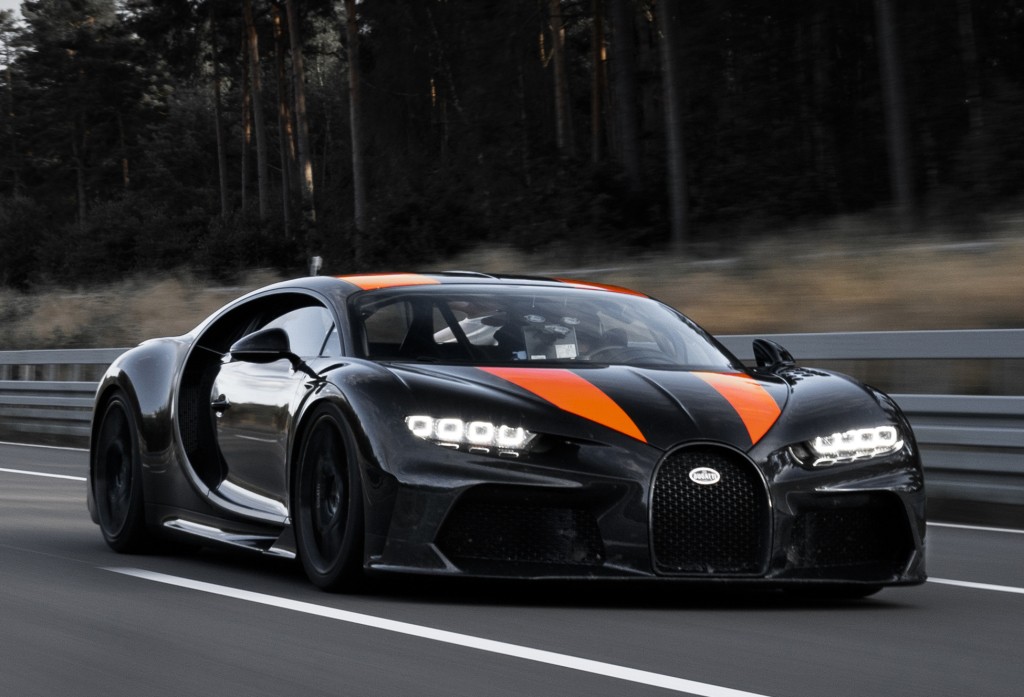 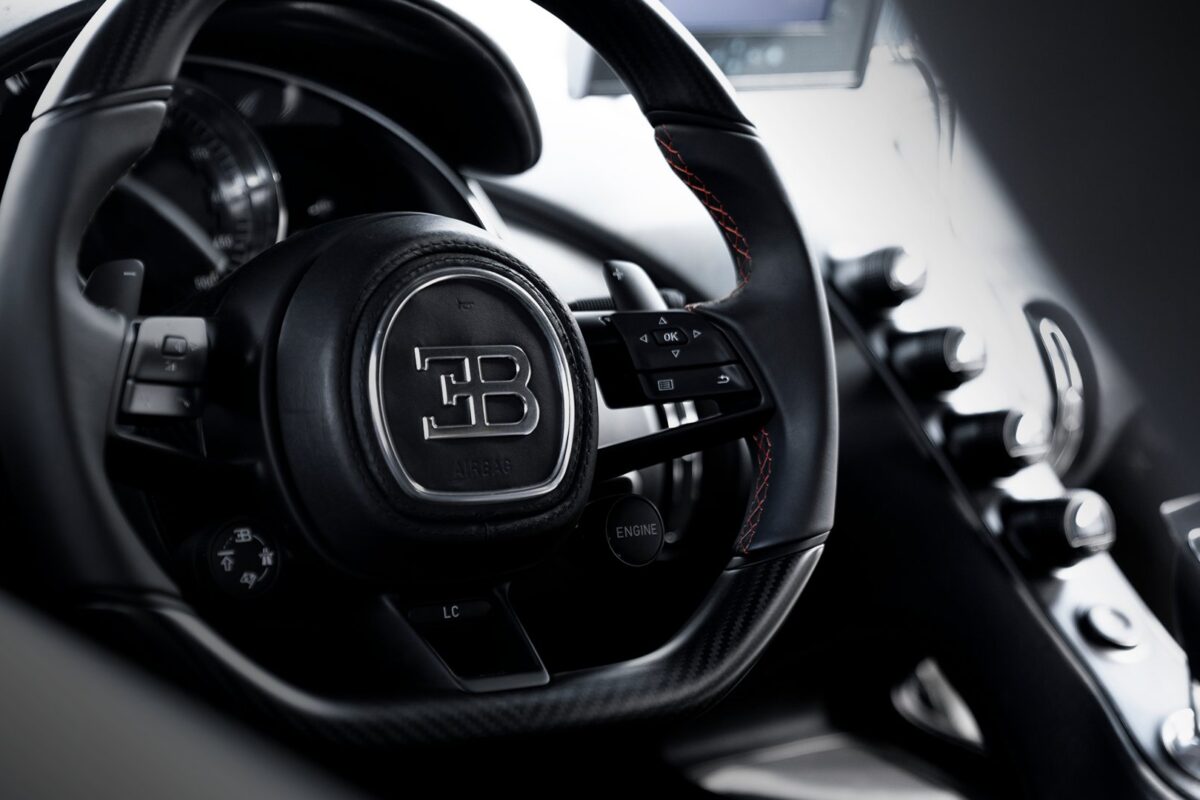 The world’s fastest car was revealed last August, when Bugatti topped the formerly reigning Hennessey Venom F5. Not only that, but Bugatti also became the first automotive manufacturers to break 300 miles per hour on the track. The final record was 304.773 mph with racecar driver Andy Wallace on Volkswagen’s Ehra-Lessien test track in Germany.

The Chiron SuperSport 300+, based on a modified record-breaking Chiron, shares the same aerodynamic upgrades as the record-setting prototype. The bodywork has been extended and aerodynamically optimized for extremely high-speed performance. Revisions include a heavily ducted front bumper, wider side skirts, new vents on the wings to release excess air pressure from the front wheel arches and an extended, clip-on tail with a more aggressive diffuser. The perfect balance between low drag and downforce improves performance and stability, even at speeds over 420 km/h. The iconic W16 8.0-liter engine now delivers an output of 1.176 kW/1.600 HP, exceeding the Chiron by 100 HP.

The new rear design is also sure to turn heads. The so-called Longtail extends the body 25 centimeters, allowing the laminar flow to pass over a longer surface, and reducing the aerodynamic stall by more than 40 percent. The new exhaust tailpipe configuration and the diffuser in the rear end also generate negative lift, while further reducing the drag.

The Chiron SuperSport 300+’s interior is far more plush than the prototype’s stripped-out affair. It features a pair of Alcantara-trimmed carbon-fibre-backed bucket seats, a carbon- fibre dashboard and a full complement of carpets and sound-deadening. Its rear-view mirror is painted in Beluga Black, while its interior trim has a black anodised finish.

Unfortunately, production-ready Chiron SuperSport 300+ models won’t share the same top speed as the record-breaking prototype, with Bugatti limiting customer cars to 275mph. Production has also been limited to 30 units, this very special edition of the Chiron is visually and technically inspired by the record-breaking vehicle.

What do you think of this record breaking car? Would you like to get your hands on one? I wonder what its like to drive?