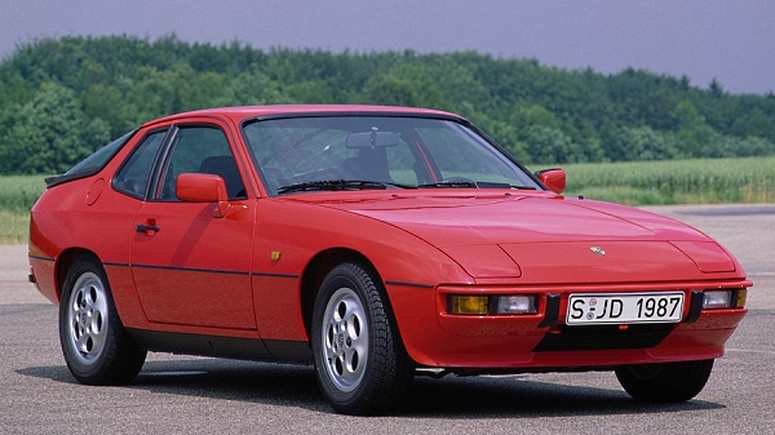 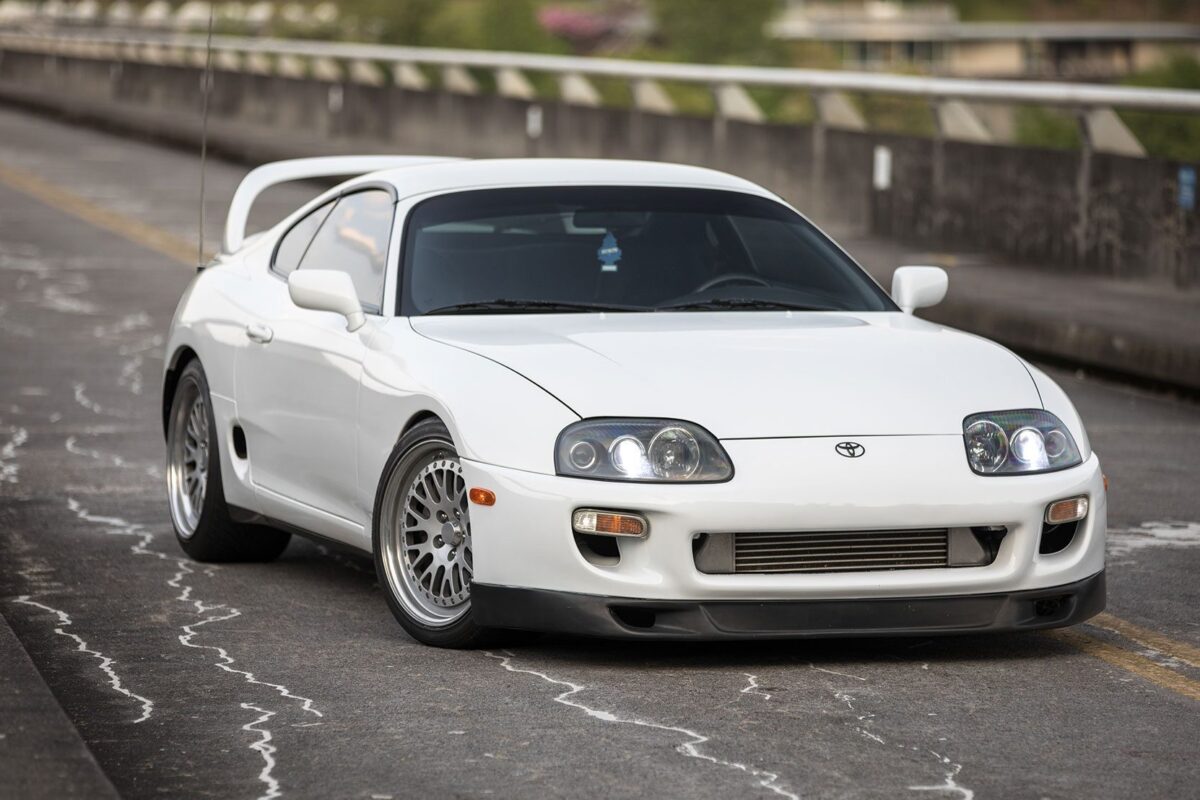 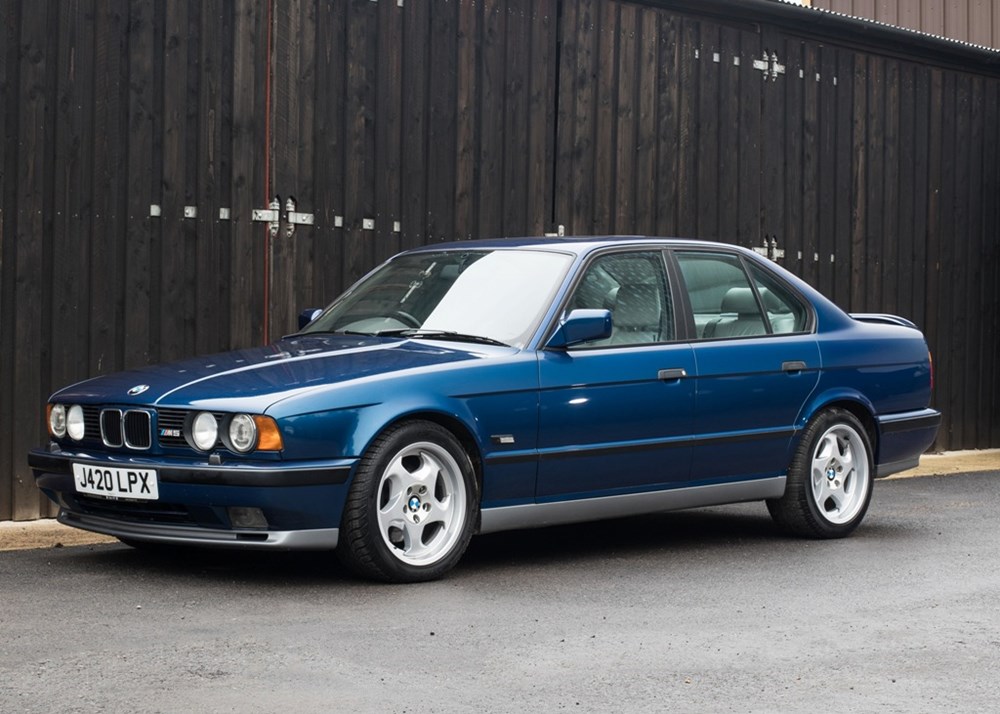 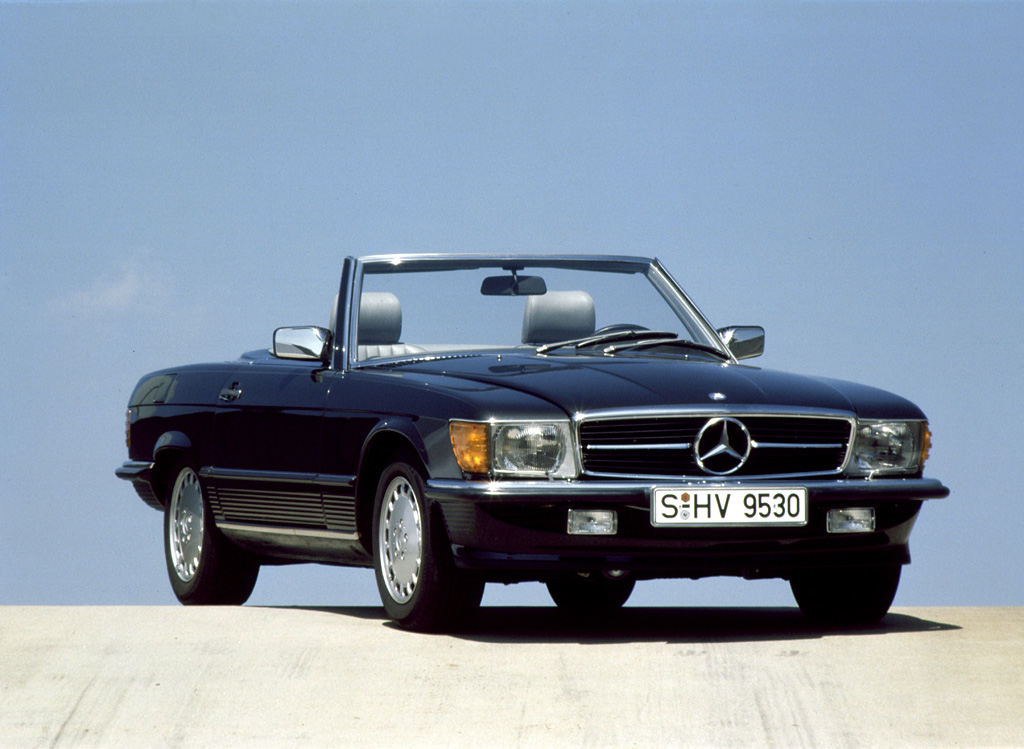 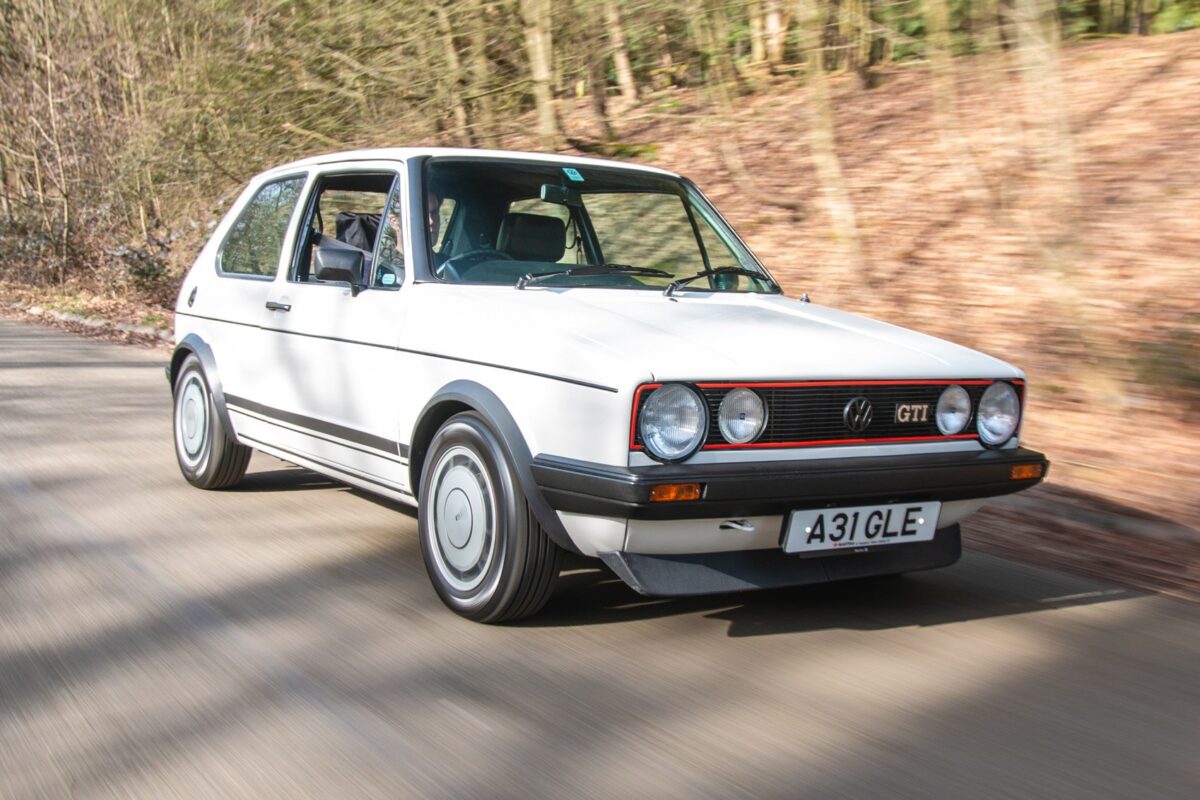 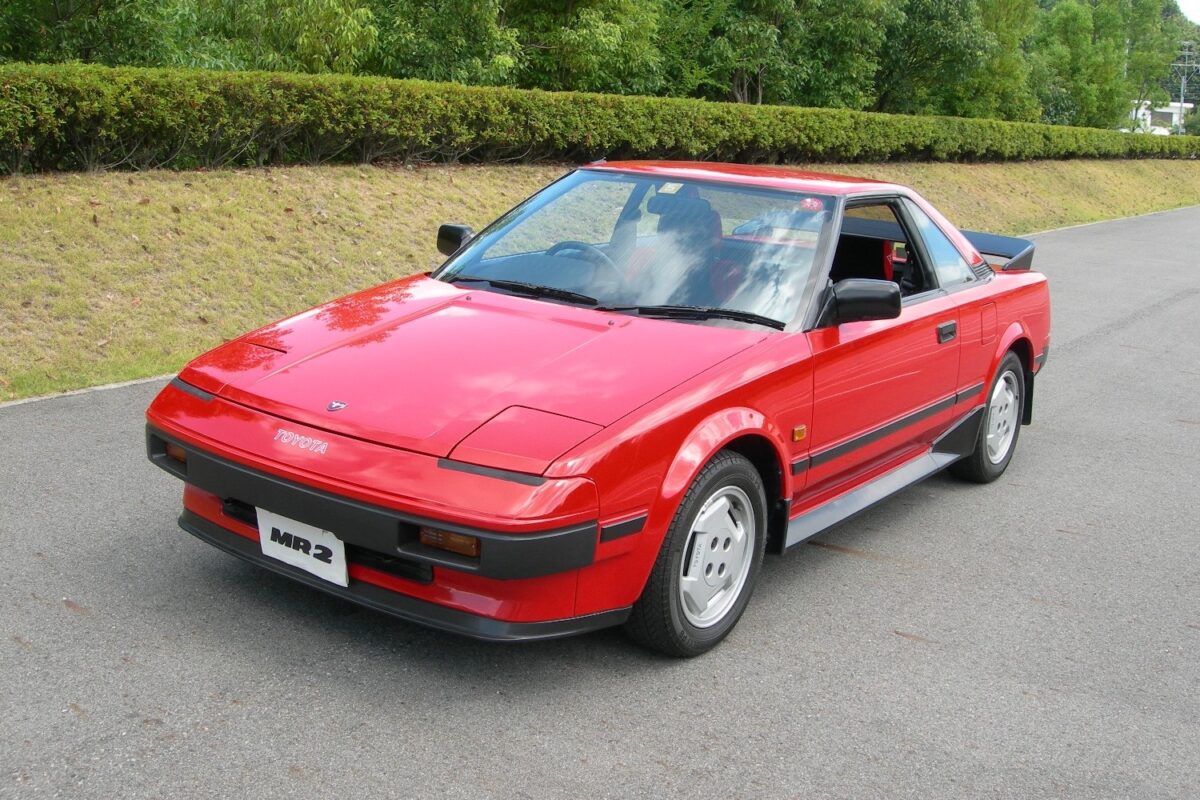 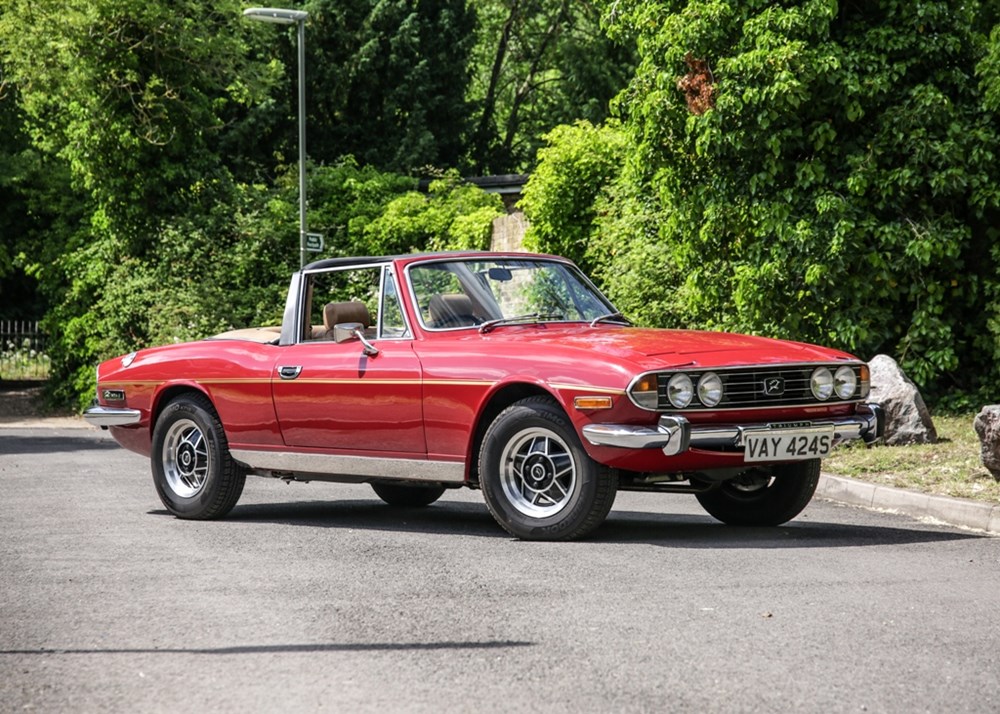 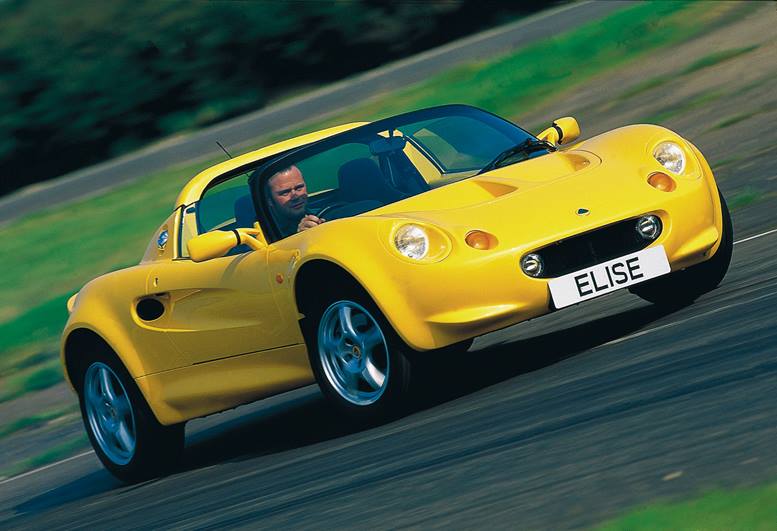 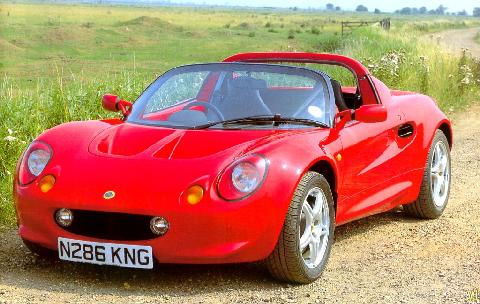 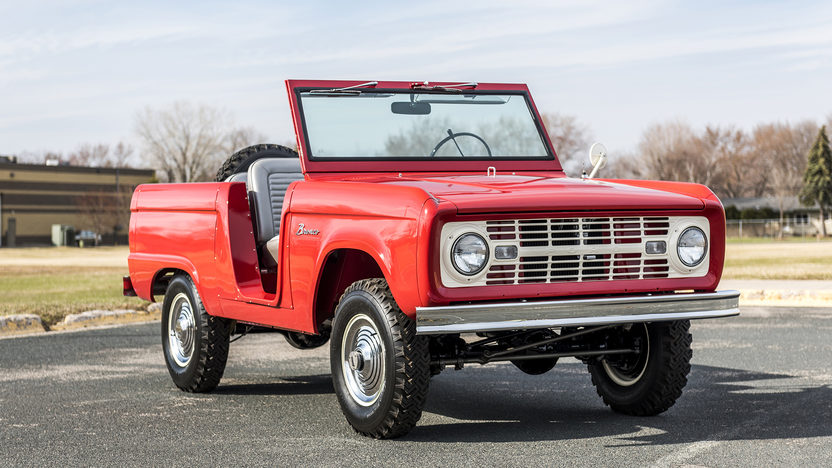 If we had a choice between putting our money in the bank or investing it in a little classic car, we know which option we’d choose. If you pick well you can be earning money on your investment while off having fun! We’ve composed a list of the top 10 classic cars on the market today and their estimated value. We know which is our favourite, what is yours?

The 924 is a by-product between Volkswagen and Porsche, it is a compact sports car with attractive styling and a traditional rear-drive layout. It’s relatively practical, mechanically simple and quintessentially Porsche.

The 924 originated when the German manufacturer began searching for a model to replace their ageing mid-engined 914, welcome the 924. Now, compared to Porsche’s other models the performance was relatively low, but the appeal of an entry-level Porsche was as strong then as it is today, and it sold well – in its second year, more than 25,000 found homes.

This success was followed by many developments, including the four-speed gearbox soon making way for a five-speed unit and an optional three-speed automatic.

At the time of launch the reviews for the 924 were mainly criticising its middling performance and non-911 looks, but it sold well, with some 150,000 built by 1988. Today, the driving merits of this once unpopular Porsche are finally being recognised. While the ship’s already sailed for its 944 cousin, now looks like the time to pick up a 924.

Prices are climbing steadily, particularly for the more powerful Turbo or S models making these cars perfect vehicles for investment.

The Supra Mk4 was the most powerful Toyota ever built – and it cemented a place in a generation of car fans’ hearts thanks to The Fast & The Furious films. The initial four generations of the Supra were produced from 1978 to 2002. Not only is it the last proper Supra, in our opinion, it also gave a debut to the 3-litre, 24-valve, twin-cam inline six 2JZ engine, which in either naturally aspirated 225bhp GE or twin-turbo 326bhp/325lb ft GTE form is one of the all-time great engines, not just from Japan but from anywhere.

The Supra remains an impeccable blend of sculpted styling, Japanese reliability and punchy performance. The slippery sports car still cuts a dash with its aerodynamic lines and one-piece wing, while its sequential turbos mean the 3-litre straight-six can deliver a thumping 326bhp, paired with fantastic balance.

Strangely, just a few hundred were built for Britain, which means original, UK-supplied examples are rarer and more sought-after.

I’d drive an E34 BMW M5 in a heartbeat because, one its an M5 and compared with modern-day M5s, the E34-generation M5 must just feel so special. A true Q-car, the E34 BMW M5 was one of the fastest, highest-performing sedans on the planet in its time and it looks like a an ordinary sedan to anyone not in the know. The BMW M5 was the performance saloon to have at the turn of the ’90s. Some fans consider the E34 generation of 5-series as one of the manufacturer’s best-built cars.

The sharp yet understated styling contrasts with that unmistakable 3.5-litre motor under the hood is good for 315bhp and can do 0-60 in a fearsome 6.3 secs.

We love this classic! If you’re in the market to buy, don’t be tempted by cheap deals. Inspect and test- drive a range of E34s to get a feel for what’s out there. If you find a stellar one with a good service history around the £10k mark, you should be set.

I much prefer the classic Mercedes with the boxy design and retro aesthetic they practically scream classic car. Mercedes revamped the SL class in 1989 with fresh styling and plenty of tech.

Top of the line was the 6-litre V12 cruiser, while the AMG models were naturally the sportiest of the lot – but for the best blend of performance and appreciation potential, we’d opt for an SL500. Launched in 1989 as the 500 SL with a punchy 326bhp 5-litre V8 engine that could go and go, the autobahn attacker became the SL500 in 1994, retaining the engine, high-spec cabin and attractive shell, with just a few tweaks.

Mercedes 500SLs aren’t too rare on the used market, but finding another one with such low miles would be quite a challenge, especially in right-hand drive. Get a good one for less than £10k and you’ll have plenty to enjoy, as well as a potential nest-egg for the next few decades: values are already a good deal higher than they were five years ago.

The Fiat 124 Sport Spider is a convertible sports car marketed by Fiat for model years 1966-1985. Fiat’s Spider is often overlooked as an alternative to that other Italian of the same name. But in many ways this is the better car.

Today this overlooked sports classic makes an exceptional buy if you‘re not too bothered about badges. Of course the main reason this Italian has been so grossly ignored is due to the fact that it was never officially available in the UK! Only ever sold as left-hand drive, it’ll have to be an import – but trickier is tracking down a 124 that’s been well maintained since the ’60s.

Launched in 1966, the sporty, Pininfarina-bodied 2+2 hasn’t yet enjoyed its moment in the spotlight – which means it’s both an affordable entry point into Mediterranean classics and one that’s arguably undervalued.

The original Volkswagen Golf was launched in 1974 with 1100cc and 1500cc engines and in three and five door forms. Arguably the definitive hot hatch, the Volkswagen Golf GTI has become a synonym for diminutive machines with agile handling, zippy performance and boxy body kits.

Launched in 1975 with a naturally aspirated 1.6-litre four-pot motor good for 110bhp, the featherweight (872kg) rollerskate could blast from 0 to 60mph in nine seconds – but it was most fun when chucked through corners.

It was the first European market Golf to use fuel injection by Bosch K-Jetronic, in place of the single Solex fitted to basic Golfs. The GTi was a must-have car and has a strong following today. Their sharp handling and rev-happy motors offering more feel than you’ll find in almost any modern hatchback. It’s compact, boxy, cute, yet sporty and purposeful-looking.

The MR2 is a two-seat, mid-engined, rear-wheel-drive sports car that was launched in 1984. This boxy sports car was an instant classic, combining an affordable price tag with accessible power, not to mention all-’80s styling. Independent front and rear suspension – together with disc brakes on every corner – meant it handles beautifully, too.

With those iconic pop-up headlights, the MR2 was all-but-certain to gain a devoted following. The name MR2 stands for either “mid-ship run-about 2-seater”[1] or “mid-engine, rear-wheel-drive, 2-seater”

The iconic Triumph Stag launched in 1970 as a 2+2 GT with a body styled by Michelotti and a 3-litre V8 under the hood. Envisioned as a luxury sports car, the Stag was designed to compete directly with the Mercedes-Benz SL class models.

Around 26,000 or so were built, many of which have survived intact – so there’s no shortage on the market. The popularity of Triumph Stag comes as no surprise, the Triumph Stag has sizeable club and owner support and a number of specialist suppliers. According to the main enthusiast club in the UK, approximately 9,000 Stags are believed to survive in the United Kingdom.

Finding a good one may be harder, but choose carefully and you’ll have a classic that will give you years of enjoyment, even if its price doesn’t climb quite as much as some on this list.

We love this little Lotus Elise! Launched back in 1996, the Lotus Elise remains as petite, sporty and desirable today as it was 20 years ago. With an aluminium chassis clad in hand-finished glassfibre, the lightweight roadster was often described as fun to drive and handled like a dream.

As much of the Elise’s structure is on show in the cabin, it makes it that bit easier to spot a crashed and repaired car. Cheaper Elises’ are increasingly hard to come by, but find a tidy example below £16k and, well kept, you’re likely to more than make your money back on it in a decade.

We love this Ford Bronco, it reminds me of a car someone down in Cornwall would drive with a few surfboards hanging out the back, this car is the epitome of summertime. Ford launched the Bronco in 1965 as a rival to the Jeep CJ-5 and it was a staple of its lineup for over 30 years. This year its getting its makeover! Back for 2020, everyone will be talking about this oldie.

The first Broncos were very basic, especially when compared to the new Bronco releasing this year, without options such as power steering and an automatic transmission. The originals were available only with a 105 hp 170 ci six cylinder derived from Ford’s Falcon lineup.

Trying to pick our favourite out of our top 10 is really very difficult, we like them all! If I had the money and the space to store another car i think i’d go for the Fiat 124 Spider. Its a beautiful classic car with the sweeping curved bonnet and the wide windscreen, its also incredibly rare and unique. What is your favourite car from our list? or maybe we’ve missed yours?