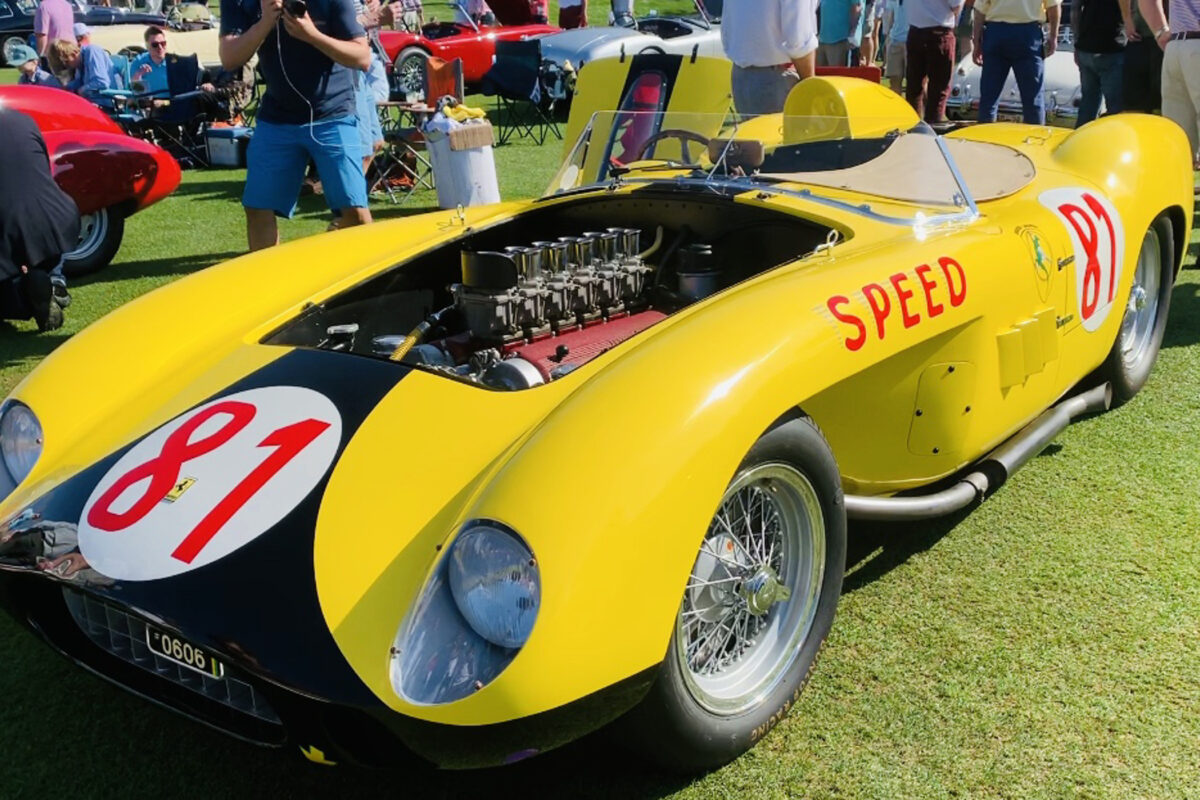 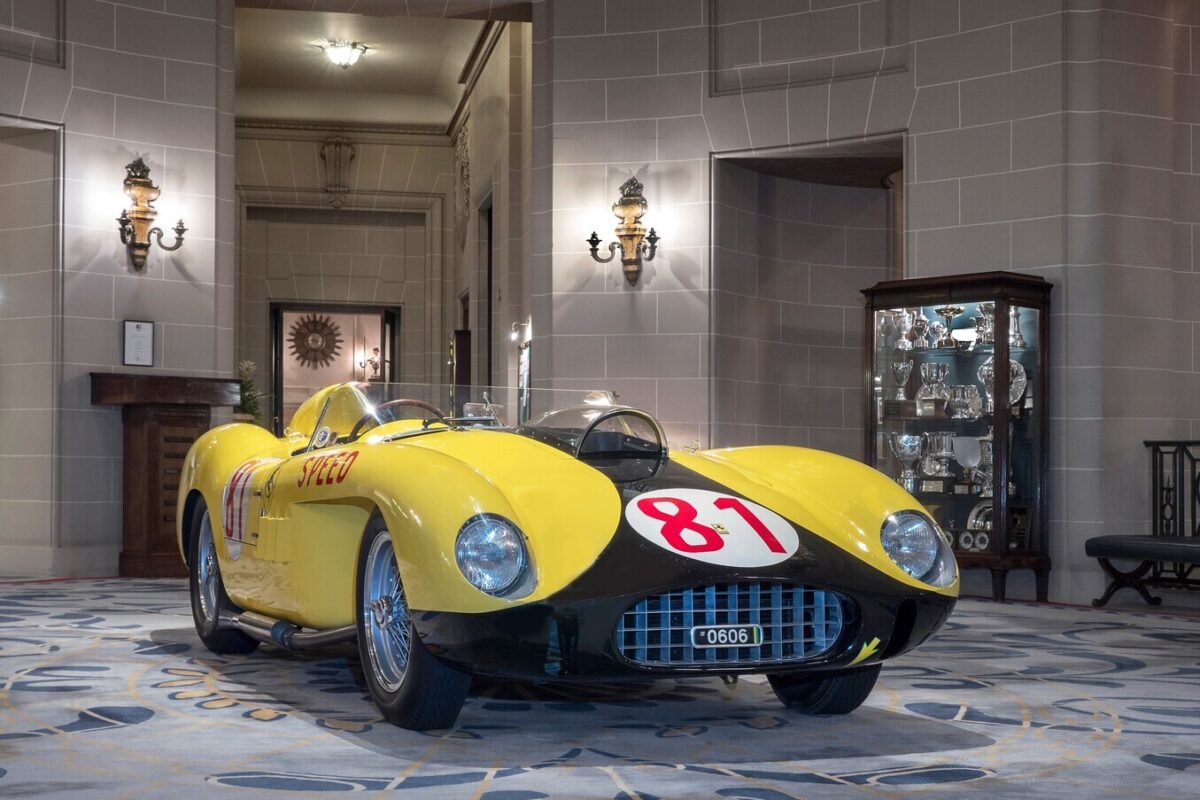 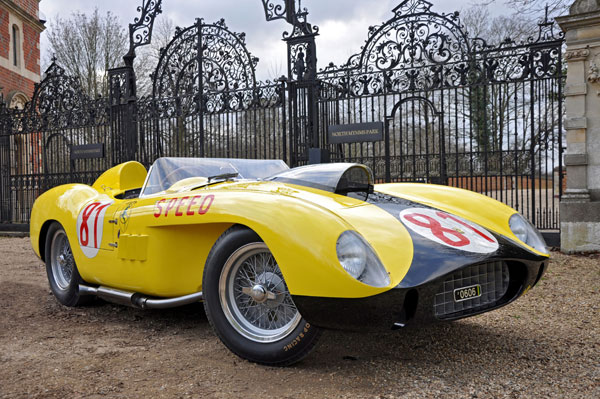 The history of this GP-winning, brightly painted racing car is so rich in events, races and reincarnations through the decades that it’s unique story really requires a book to encompass it. Chassis 0606 began as a works 290 MM during the 1956 racing season, coming first in the Swedish Grand Prix, driven by Phil Hill and Maurice Trintignant. For 1957 it was used by Equipe National Belge/ Ecurie Francorchamps, coming in 4th in the Poruguese Grand Prix and also racing at Le Mans, Spa, Silverstone and again in the Swedish GP. It was returned to the factory and loaned out a few times in 1958, and then used as a test car.

In September 1959 the factory received a request from Brazil for a 250 Testa Rossa with transaxle for Jean Louis Lacerda who ran his Escuderia Lagartixa in Sao Paulo. The 290MM quad-cam V12 was replaced with a twin-cam Testa Rossa V12 and the car, painted in Lacerda’s bright yellow livery, was sold as ‘new’ 250 Testa Rossa. Lacerda drove it very successfully from 1960-62 and then against better judgement, lent it to an inexperienced driver who had a major accident which killed him and cut the car in half. The undamaged rear formed the basis of an American V8 special raced successfully through the 1960s and then discarded. It lay untouched for years until discovered by an Italian who brought it to the UK. He thought he had acquired the remains of another crashed 250 Testa Rossa 0726 and during the 1980s was rebuilt to that. It was a later English owner, Ferrari author and historian John Godfrey, who discovered that his car had been incorrectly rebuilt but he left it as it was.

The current owner bought it in 2002 from the estate of John Godfrey and eventually decided to return it to when it left Modena in 1959, in yellow livery as raced in Brazil in the early 1960’s. After four years of intensive research and labour the car is as presented today, a superb example of the Testa Rossa a model which won 10 World Sports Car Championship races including Le Mans in 1958, ’29 and ’61 and many more, giving Ferrari the Worlds Sports Car Championship Constructor’s title in 1958, 1960 and ’61.