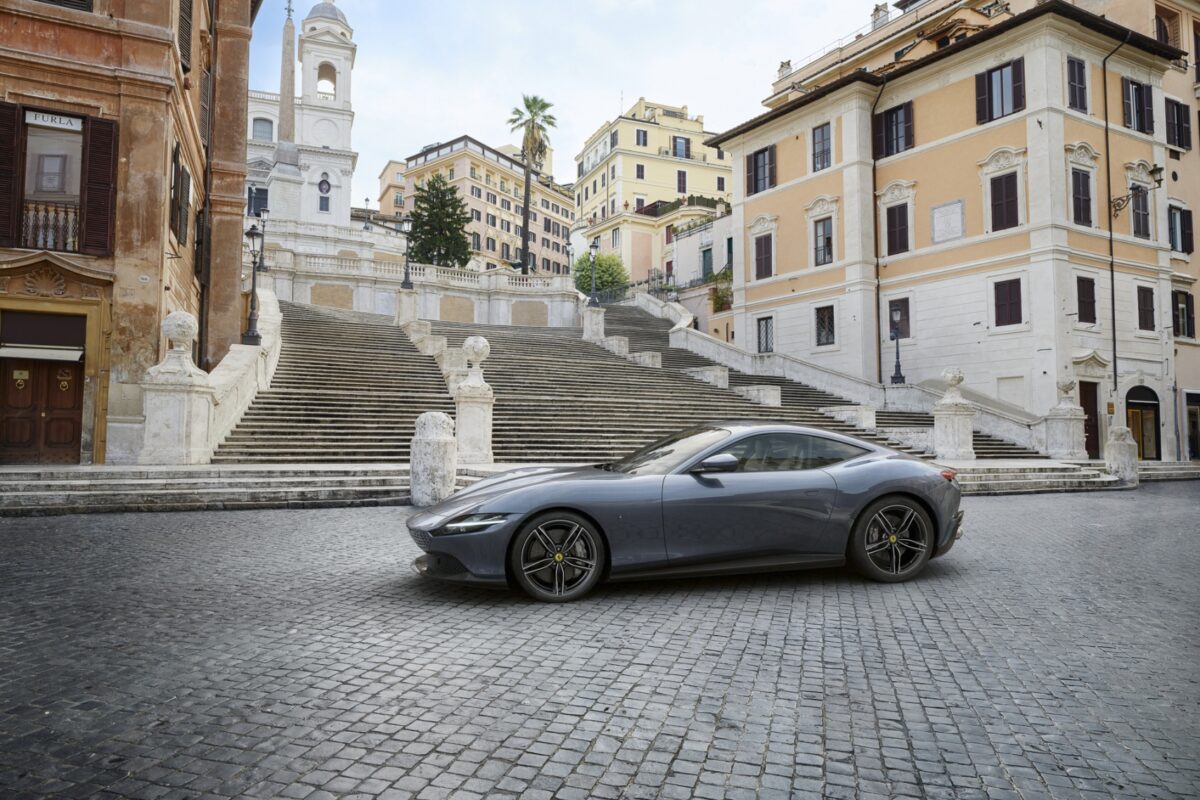 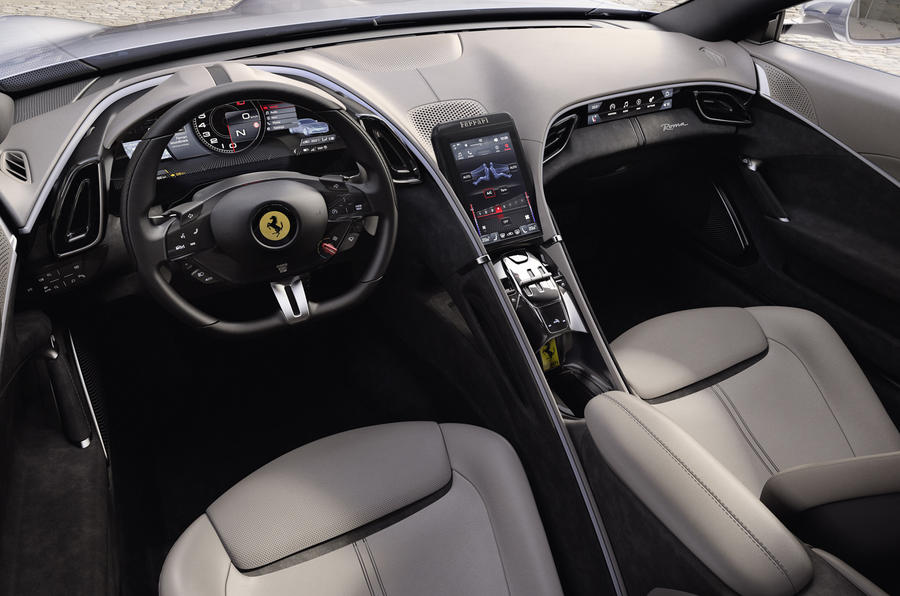 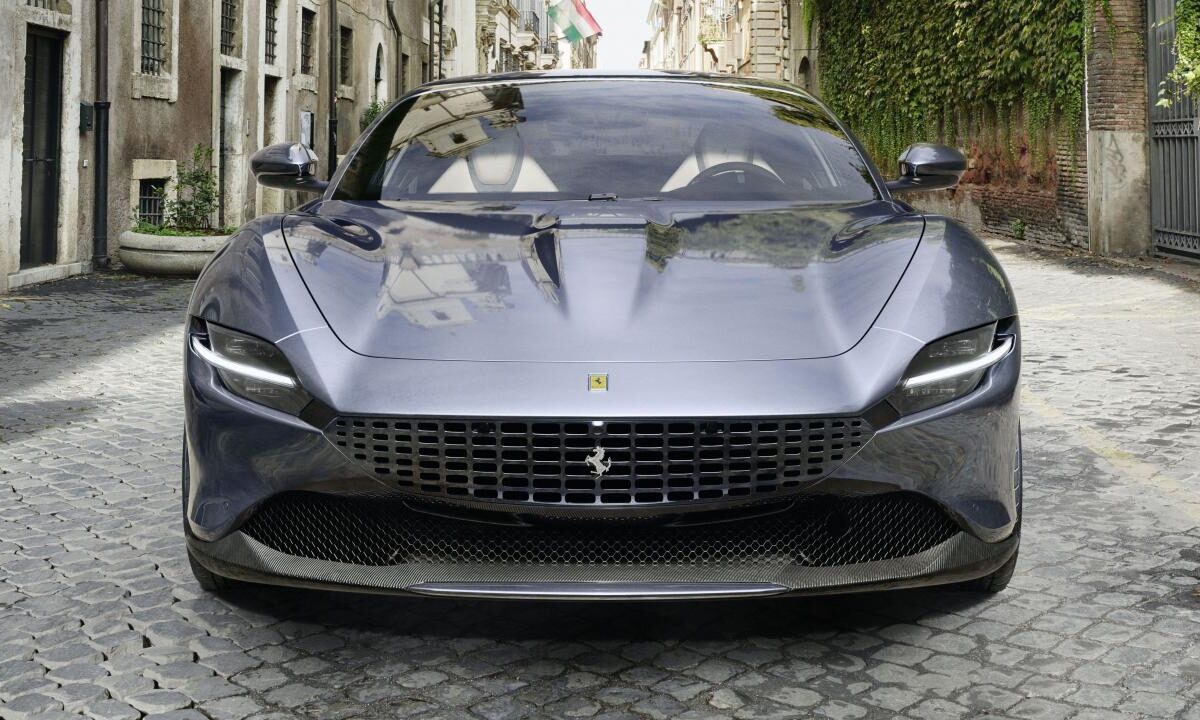 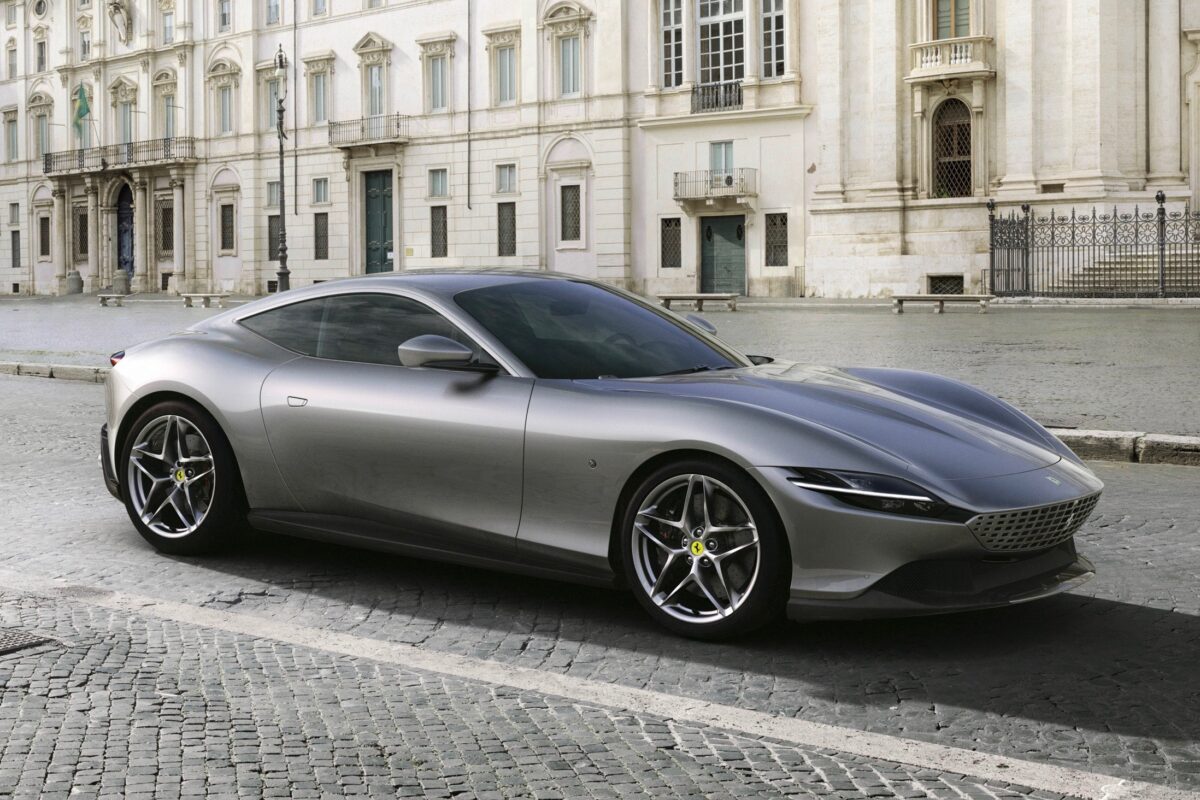 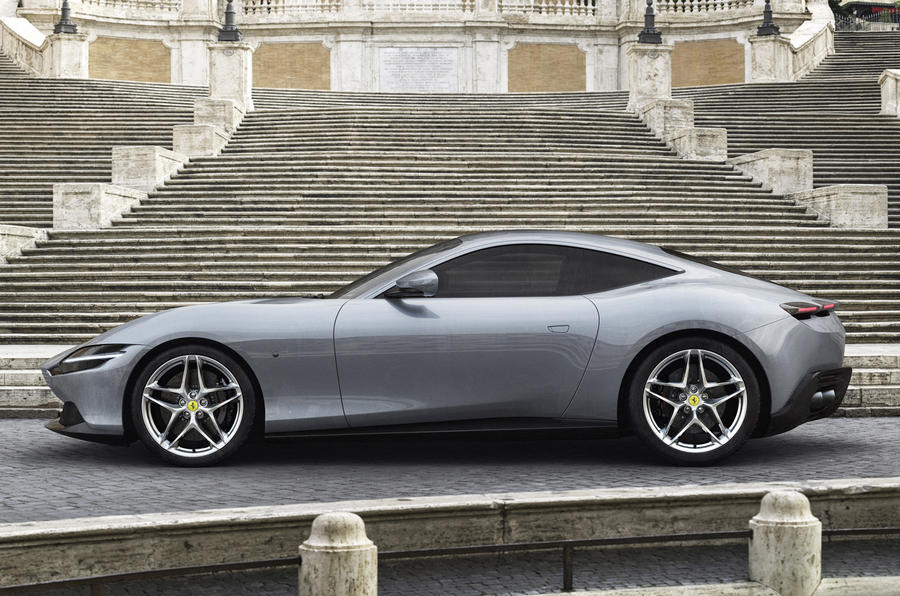 Ferrari recently unveiled the Roma, a new front/mid-engined coupe with 2+ seating inspired by the Italian city of Rome (obviously). The car features a heavily modified Portofino spaceframe and a new version of the twin-turbo V8 engine. Priced at just over 200,000 Euros, the Roma will reach first customers next summer.

Ferrari has assured fans that the Roma isn’t simply a coupe version of its existing folding hardtop, but the parallels are clear; same fundamental mechanical architecture, closely-related engine, same wheelbase (2670mm). Key differences are a new interior, complete with SF90-derived driver’s display and touchscreen interface, the all-new aluminium body and a new transaxle gearbox. The eight-speed twin clutch unit is related to that of the SF90 Stradale, and is both 6kg lighter than the Portofino’s seven-speeder and capable of faster and more comfortable shifts.

The Roma’s engine is a reworked version of the twin-turbo V8 that debuted in the 488 GTB, and has since been crowned engine of the year no less than four times. It’s a sublime engine, one that wears its forced induction lightly, with a searing, almost naturally-aspirated rush to the redline absent in many turbocharged V8s.

The unit’s been worked over pretty substantially for the Roma, delivering a 30-35bhp power increase, though some of that’s been negated by the need to meet new emissions regulations, and to fit petrol particulate filters in the exhausts. Peak output is 611bhp at 7500rpm. The Portofino taps out at 592bhp.

The engine work runs to new cams with increased lift, reduced back-pressure in the exhausts and new sensors in the turbos, able to precisely monitor the turbines’ speed and therefore let Ferrari safely wring more from them without showering the engine bay with shrapnel. As well as reclaiming the power lost to the new particulate filters, chief technical officer Michael Leiters also claims the exhaust sound has survived intact.

The all new cabin uses a twin cockpit theme, with comfortable surroundings for both driver and front passenger, with the passenger also getting their own digital display – which we really like! The drivers gets Ferrari’s new, more digitised steering wheel and the ultra-crisp new driver’s display, a multi-function, very beautiful 16-inch cluster with three-dimensional curvature.

Keeping up with modern technology, the centre console features a 8.4-inch vertical touchscreen. This similarly crisp interface debuted on the SF90, and sits above a neat layout of powertrain controls designed to echo the old open gate of Ferrari’s great manual boxes.

Incredibly, the Roma is the fifth new Ferrari to be launched in 2019 . We’ve already had the F8 Tributo, the F8 Tributo Spider, the 812 GTS and the SF90 Stradale. We love that this gorgeous GT takes its inspiration from some of the company’s most influential designs and marks a return to timeless styling.

Sexy Cars From Around the World