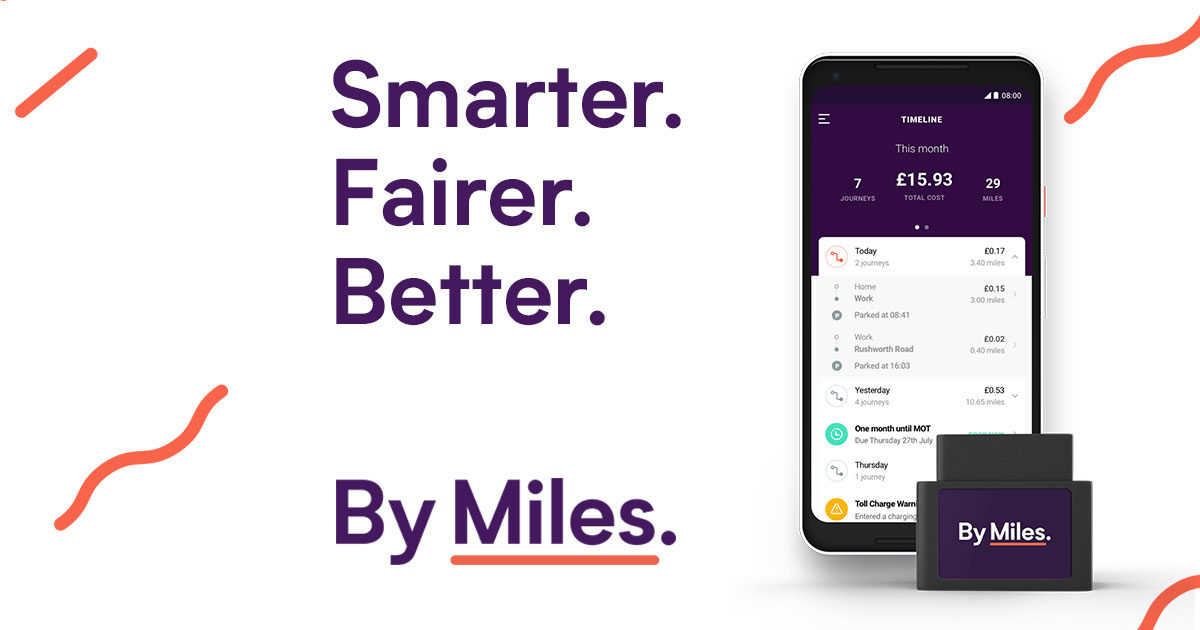 If your car spends a lot of time parked in front of your house then you might want to take a look at a different way to pay for your car insurance.

Pay-per-mile is a new option and designed for those who drive less than 7,000 miles a year – which according to the latest MOT data is about 60% of us.

The principle is simple enough. You pay a one-off annual fee to cover your car while it’s parked, after that you just pay for the miles you drive. Your mileage is automatically charged at the end of each month and at By Miles, unlike most insurers, they don’t charge interest on the monthly payments.

Many readers will also like the fact that the price is based on the distance you drive, but not the way you drive – so there’s no driver scoring and no curfews.

As well as fully comp insurance, with By Miles the Brucie Bonus is that you can drive as much as you want and never be charged for more than 150 miles a day or 10,000 miles per year. So if you drive 200 miles in a day, you’ll only be charged for 150 miles.

The Acid Test – is it Cheaper?

All car insurance depends on your individual circumstances, but according to James Blackham, one of the By Miles co-founders, motorists pay too much because traditional car insurance policies don’t accurately reflect the number of miles driven.

“Those who don’t drive as much are being treated unfairly. They’re charged more to subsidise the insurance of higher mileage drivers. Pay-by-mile means that those who drive less are rewarded, and rightfully pay less.”

By Miles use a Miles Tracker

You’ll be sent a Miles Tracker in the post to measure the miles you drive. It’s about the size of a small matchbox. It’s also quick and easy to plug into your car yourself, so you won’t need to get an appointment with engineer like the bad old days of black box.

There are also some nice touches, for example, you’re fully covered from your start date, and there’s no charge for the miles you drive before the Miles Tracker arrives.

The Miles Tracker also powers a range of features in their smartphone app, and so while you don’t have to use the app, it comes with theft tracking and can scan your car for faults.

As for speeding? Unless they get a court order, By Miles won’t report any speeding to the police.

The Quote is an Estimate

When you get a quote, By Miles give you a price based on your estimated annual mileage.

Importantly, there’s no penalty for driving more or less than your estimated mileage.

So What’s the Catch?

Pay-per-mile clearly won’t suit everyone. If you do more than 7,000 miles a year, it’s likely that you’ll find cheaper car insurance elsewhere.

Also, By Miles policies are made for 25 to 78 year olds so while they cover a lot of people – it is difficult to get cover outside that age range.

There are also a few other restrictions, e.g. they don’t cover vintage cars or many of the performance cars we write about on MyCarHeaven.com.

Will pay-per-mile insurance work for you?

Car insurance is a funny old thing and prices vary for all sorts of reasons.

If you don’t spend your life on the road, it’s worth getting a quote at By Miles.

Let us know if you’ve looked at this.  How does By Miles price compare to your existing quote?  Let us have your feedback in the comments below.