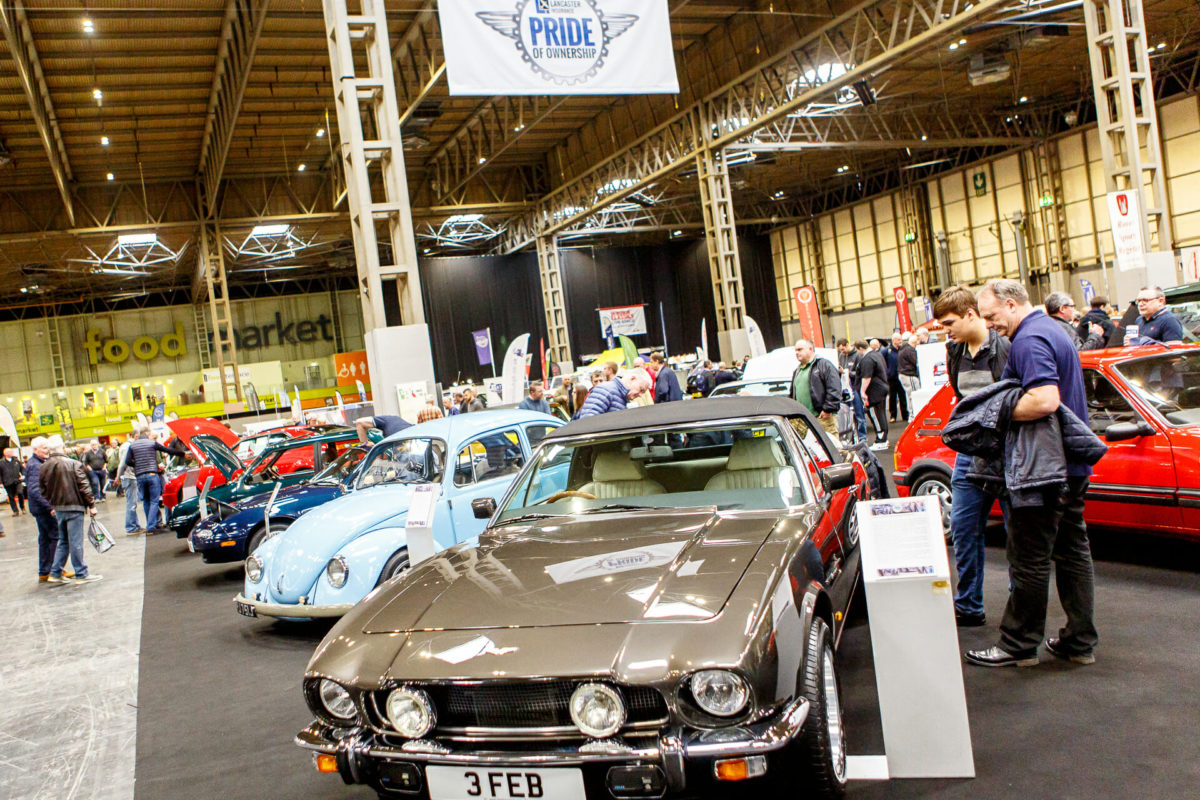 The Practical Classics Classic Car & Restoration Show filled four halls of the NEC, Birmingham last weekend and it was a smashing show. With 20 per cent more floorspace and 174 motoring clubs, 25 more clubs than the previous year, a whopping 28,846 attendees (28,151 in 2018) enjoyed live working, demonstrations and over 1,300 display vehicles.

Show Director Lee Masters said: “Once again the classic car community has exceeded all expectations and helped to create a fantastic three-day festival of everything motoring. The time and effort the clubs put into their displays, especially with the live working, is incredible and we are in awe of what they achieve.  This show continues to go from strength to strength, even in uncertain times, and we thank everyone involved – partners, sponsors, traders and visitors – in helping to make this the best show to date.”

There were many awards presented over the three-day NEC Show. Paul Henly and his superb 1974 Datsun 240Z was voted by Practical Classics readers as the Restorer of the Year. Paul acquired back in September 1998 and having owned Datsuns in the 1980s he always fancied one of these impressive sports cars and chose one as his first restoration. The ‘Golden Spanner’ trophy was presented by editor Danny Hopkins and Wheeler Dealers’ Mike Brewer.

Mike was also on hand to reveal the results of the fiercely contested Lancaster Insurance Pride of Ownership competition. Visitors had voted all three days for their favourite out of the 20 classics on display and it was John Smith’s 1964 Volkswagen Type 2 Deluxe Microbus that took the winning spot by just 16 votes. Second place went to Ian Thompson’s striking 1971 Ford Escort MK1 Mexico while Tom Morley’s 1989 Austin Metro 1.3L came third.

Over on the Carole Nash Barn Find display, it was Steve Cato’s 1973 BMW E9 CSL that won the audience’s hearts and votes to be crowned Barn Find of the Show. There was stiff competition in the display of 20 rusting relics which included a 1958 Bedford CA Tipper, a 1938 Jowett 10 Saloon, and a 1962 Renault 8.

The Sporting Bears Motor Club saw their fundraising efforts through the popular ‘Dream Rides’ create £15,700 for children’s charities across the UK. The Dream Rides Garage saw the return of the stunning traction engine that never stopped giving rides around the outside of the halls all weekend.

The other vehicle running by the end of the show was the Triumph TR6 that was restored by the team on the Practical Classics Live Stage. The stage was a bustle of special guests and car parades all weekend.

The 2020 Practical Classics Classic Car and Restoration Show, with Discovery will take place from Fri 27 to Sun 29 March 2020.