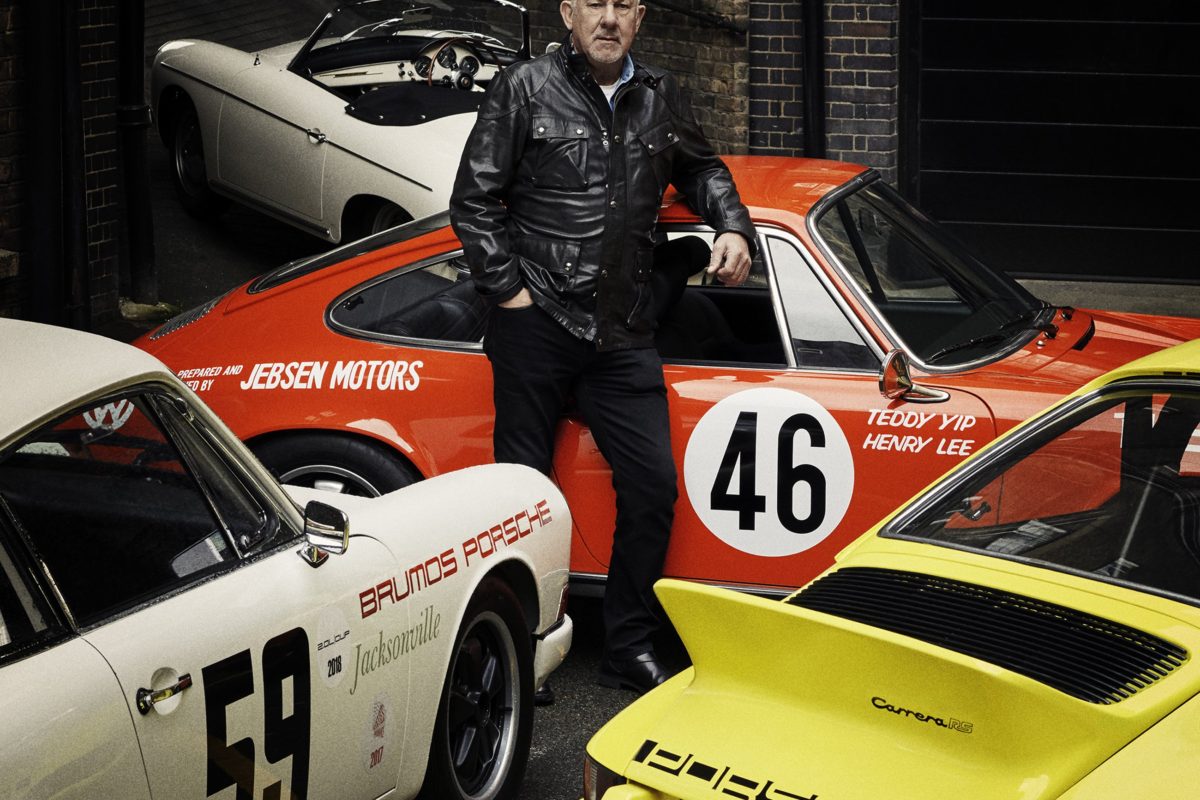 If there’s one name that’s synonymous with motorsport through the ages, it’s the accomplished racer and former McLaren Director David Clarke. The legendary Clarke also hit the headlines recently, after being awarded “The Spirit of La Sarthe” trophy, which is presented in memory of the former racer and motoring enthusiast Colin Pool (who sadly passed last May).

Clarke was a fitting winner of the inaugural award, as he remains the chairman of the Jota Group and Member of the International Guild of Specialist Engineers (TIGOSE). His team also achieved success as the highest-placed British team racing at Le 24h du Mans each year, so it’s hard to think of a more deserving winner.

In this article, we’ll find out more about David Clarke, his career to date and what plans he has for the future.

As a celebrated race and historic car dealer, David Clarke been a prominent figure in the world of motorsport for more than 20 years.  He also has a lifelong involvement in the world of car dealing and engineering, whilst he has continued to race worldwide and attended a host of blue riband events throughout the world.

Perhaps the standout item on Clarke’s resume is his stint as Director of McLaren, which covered four highly successful years between 1994 and 1998. In this role, Clarke oversaw the brand’s road car and race programmes, becoming synonymous with McLaren and the various innovations that have shaped the company in modern times.

Clarke has also had the distinction of racing some of the world’s greatest cars, including the Ferrari 250 GTO and the iconic Aston Martin DBR1. He has also raced Ferrari’s 250 SWB model during his career, whilst his favourite car remains his McLaren F1 GTR, which he has owned since working as the brand’s director in 1997.

It’s also important to note that this car also led Le Mans for 13 hours in the 1995 race and eventually came third, which is an impressive performance by anybody’s standards.

What Else do you Need to Know About David Clarke?

Despite an incredible career to date, Clarke shows no signs of slowing down and he retains the adventurous and youthful air that has always surrounded him.

This is evident through Clarke’s cool and edgy sense of style, as like most motorsport greats before him the former McLaren director is a keen ambassador for Belstaff. As a result, you’ll often find David decked out in his iconic Trialmaster leather jacket and Plaistow boots, as he remains a walking advert for a life lived at full throttle.

There’s also plenty booked into the calendar for Clarke in the near-term, as he’s planning to race in the Baja 1000 shortly.

This is a punishing race through the vast desert wilderness on the Baja peninsula, which takes place over five days and in the most punishing conditions.

This is not only a testament to how David Clarke refuses to slow down as he gets older, but it also shows how racing and motorsport can get into your blood and become an all-consuming profit.