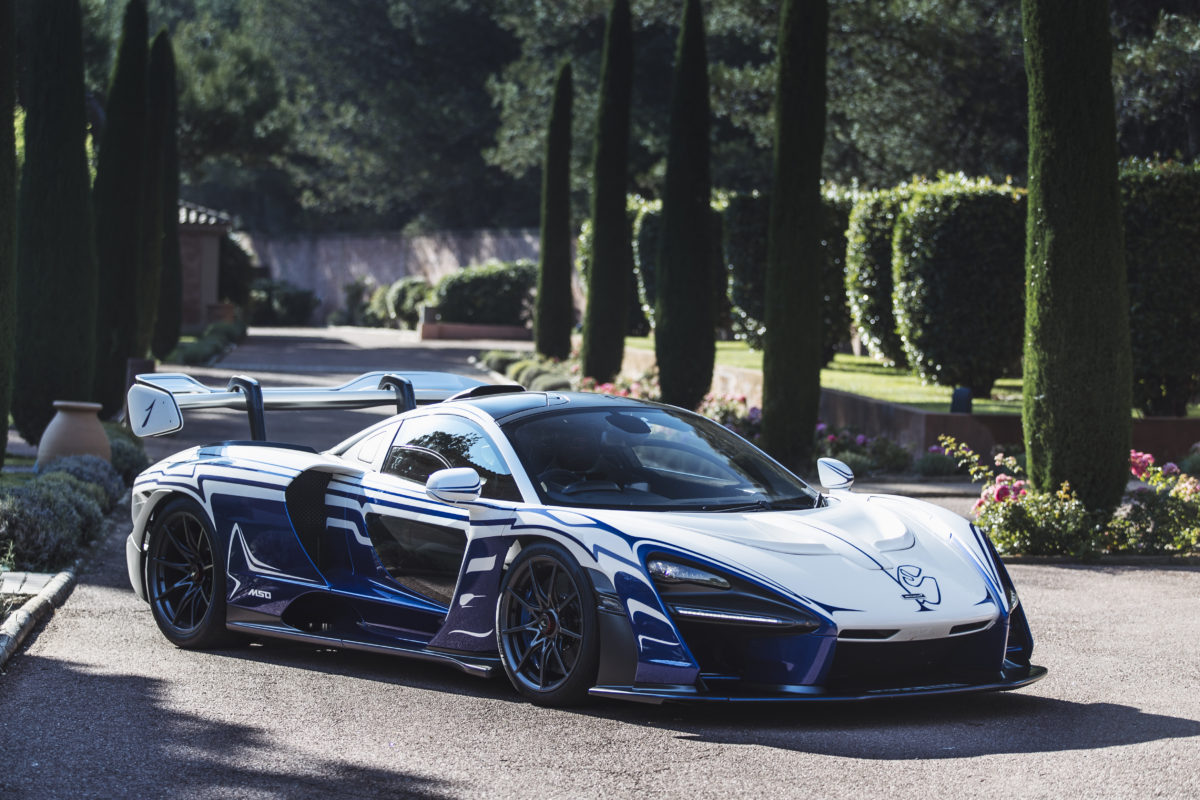 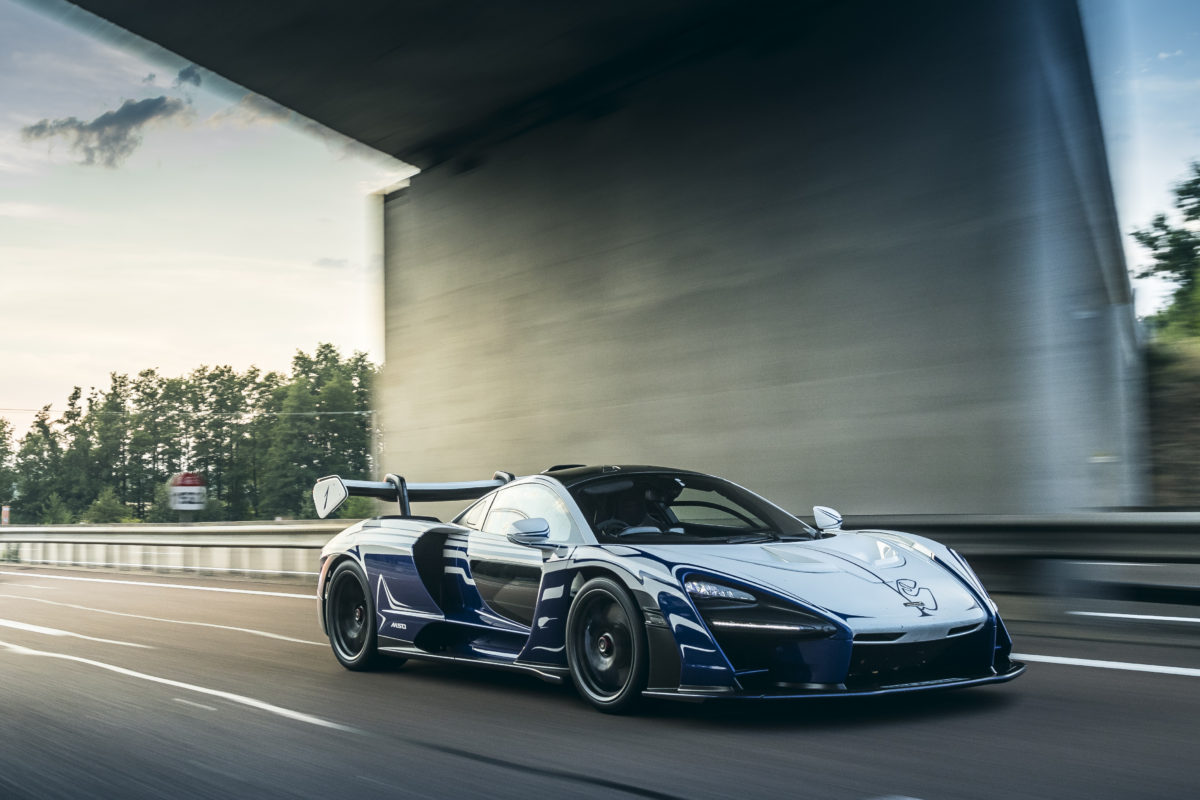 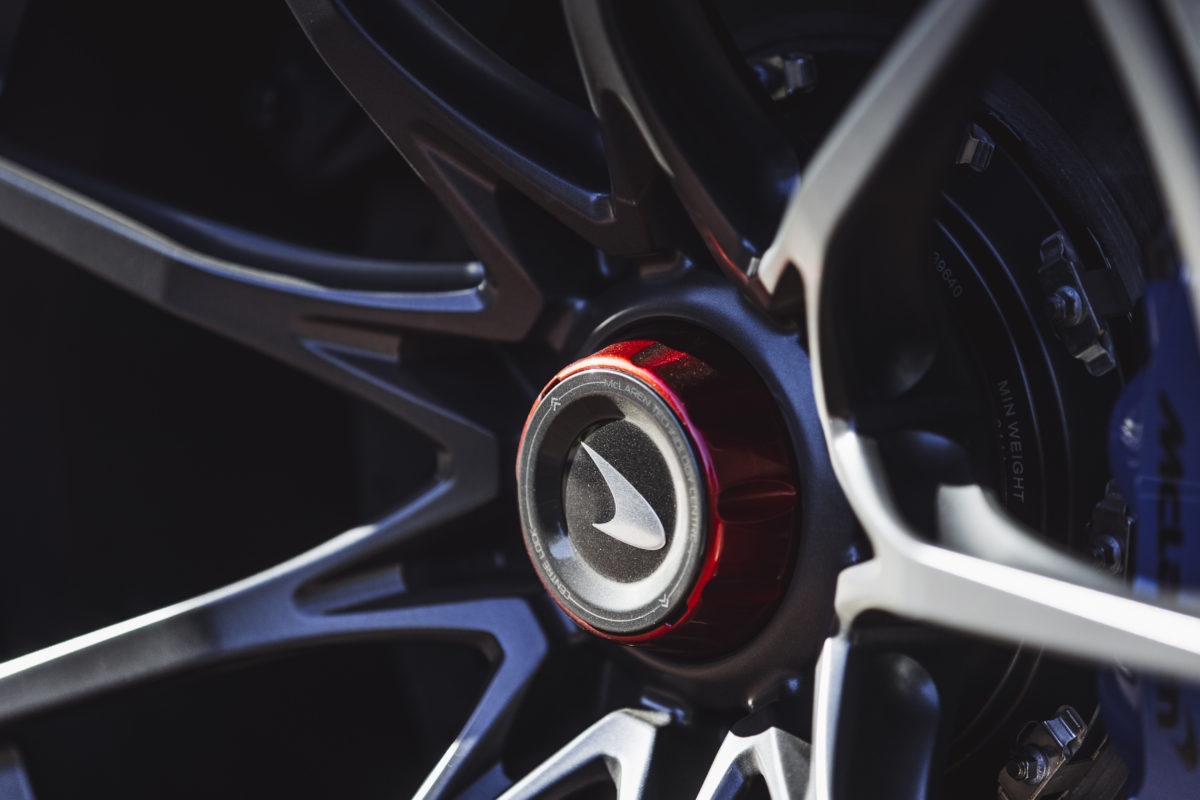 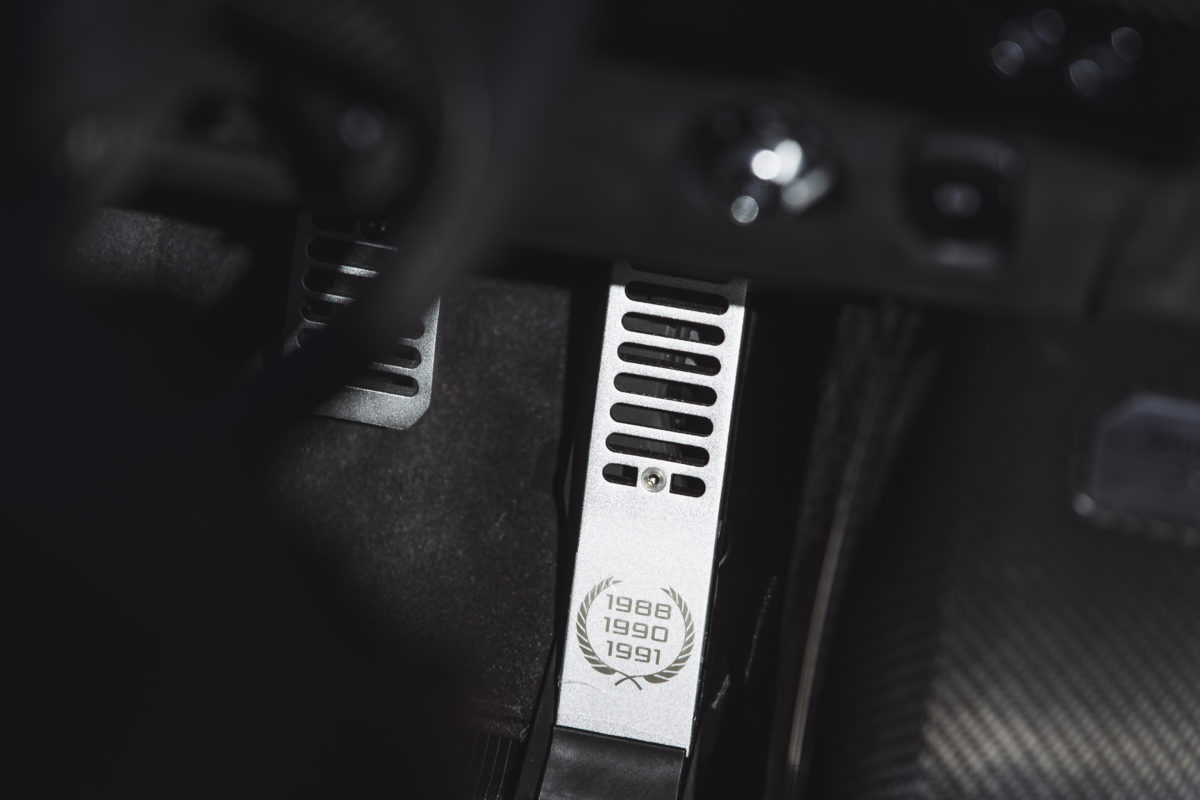 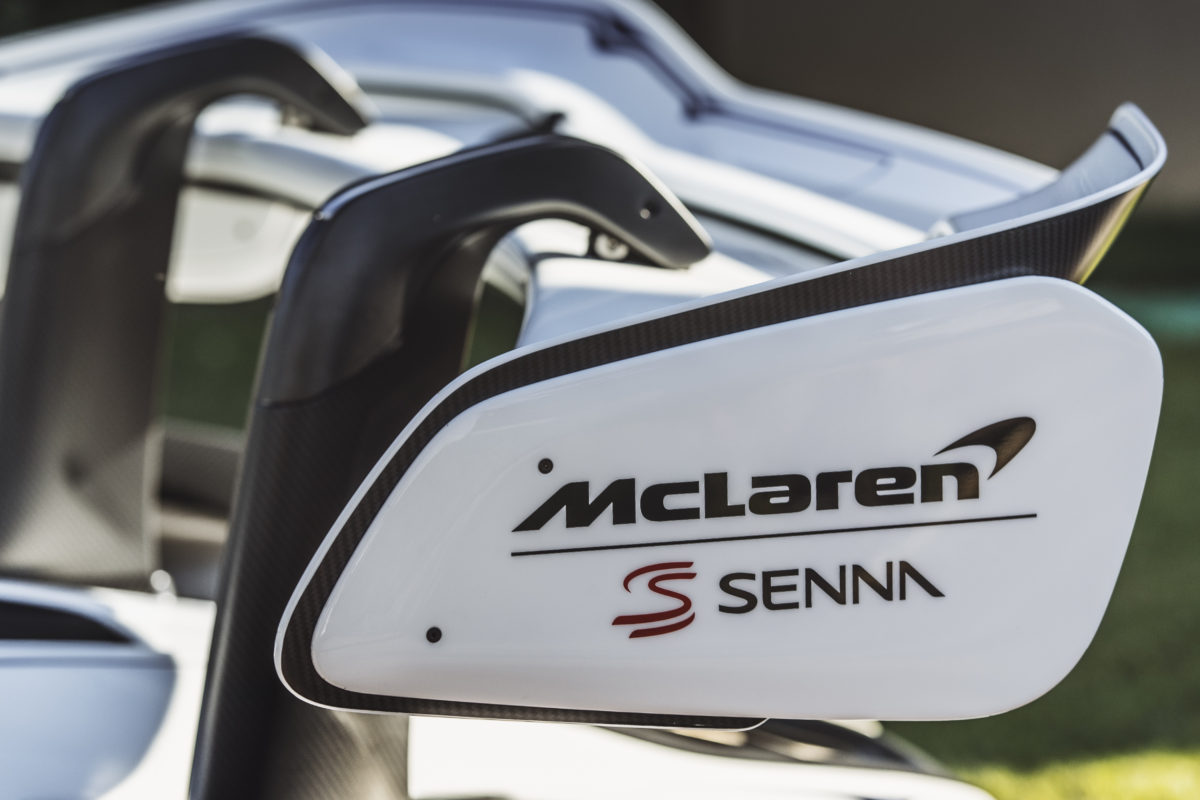 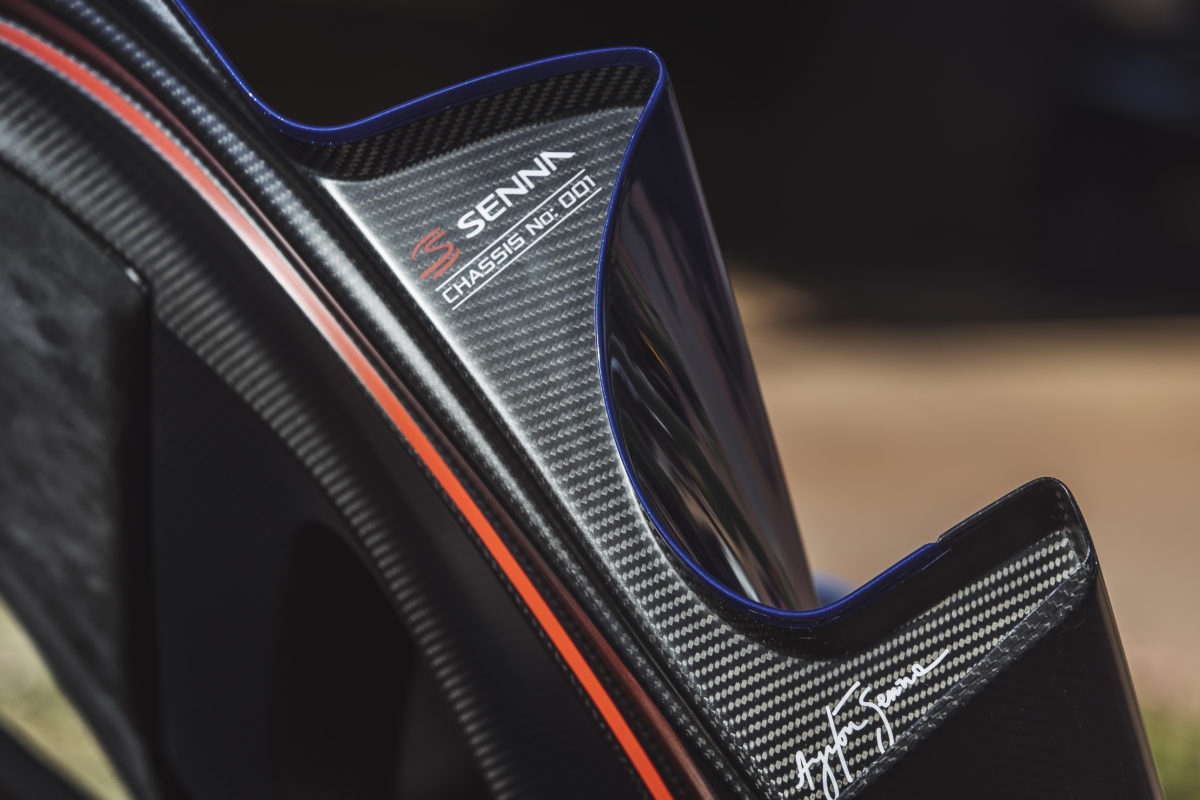 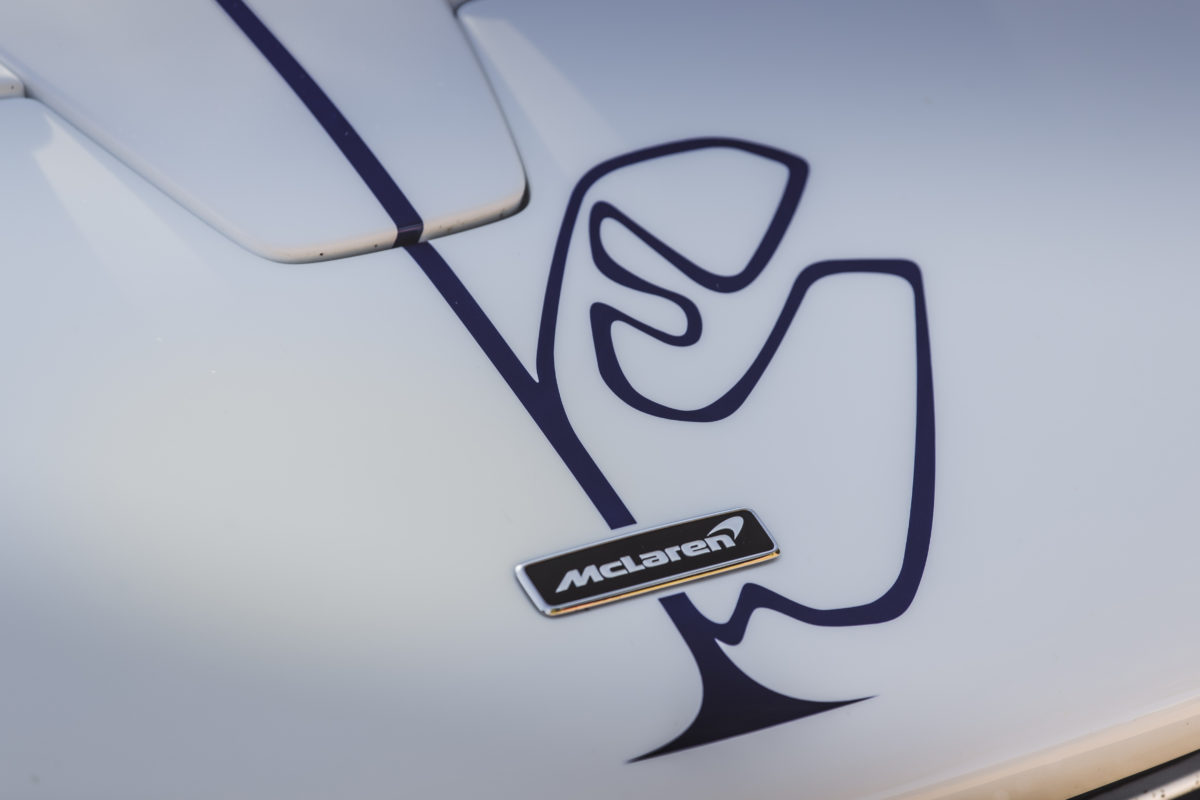 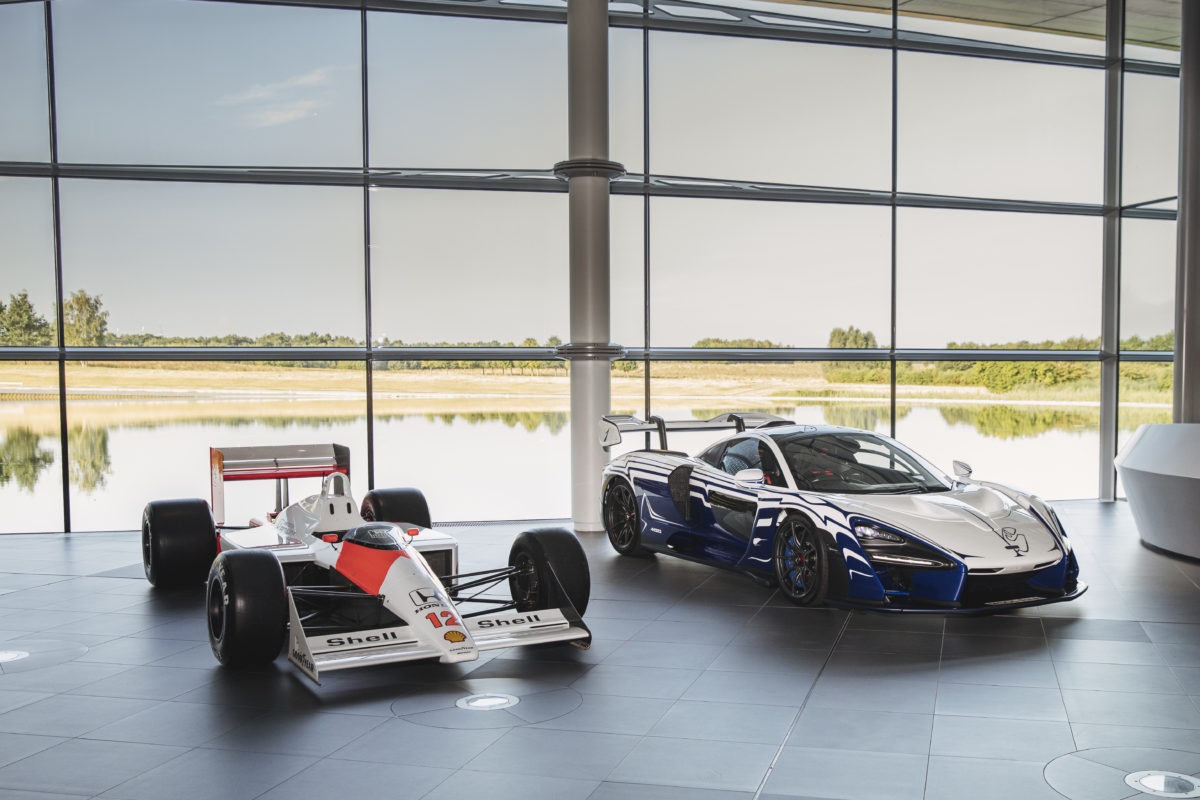 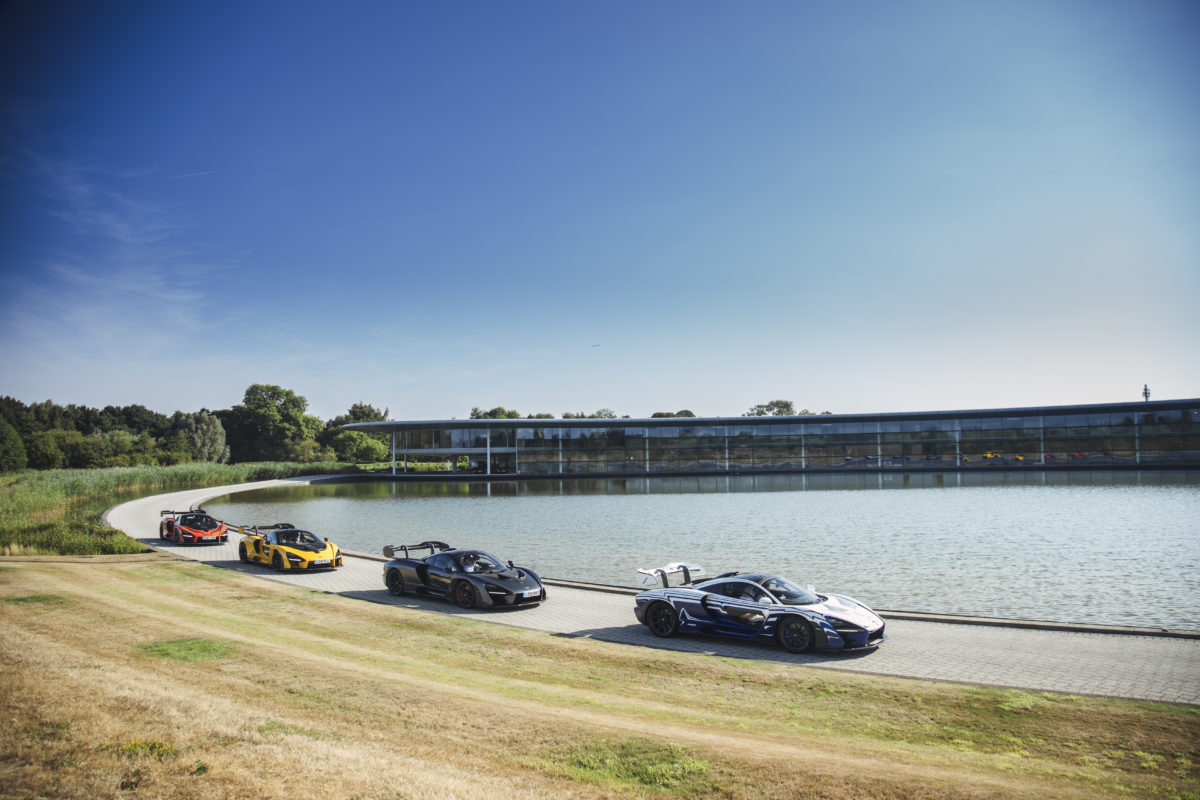 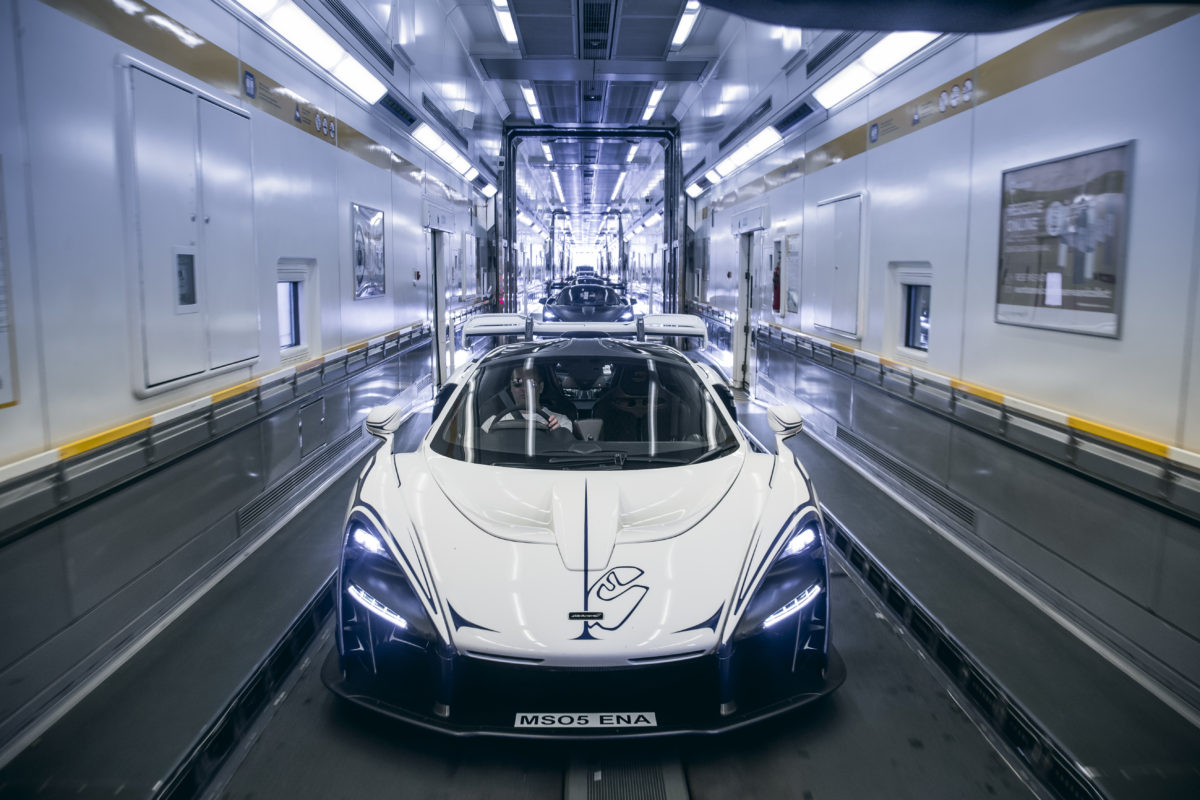 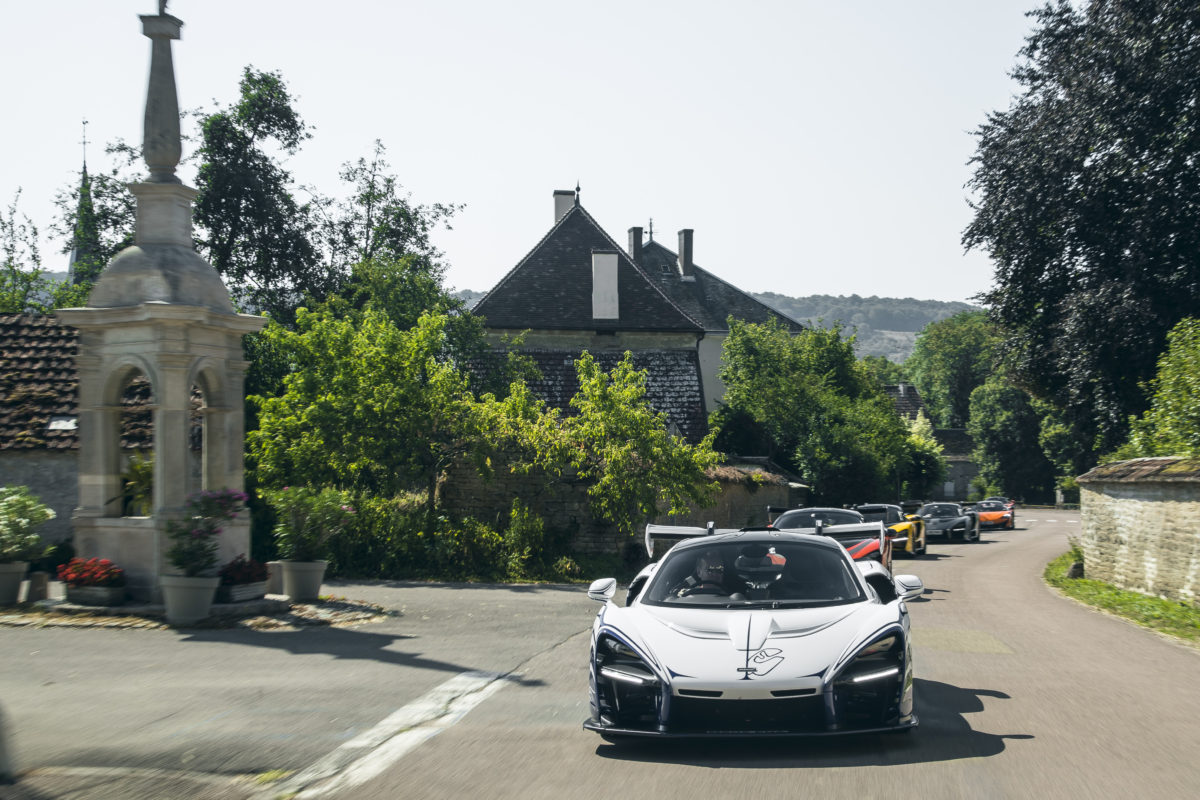 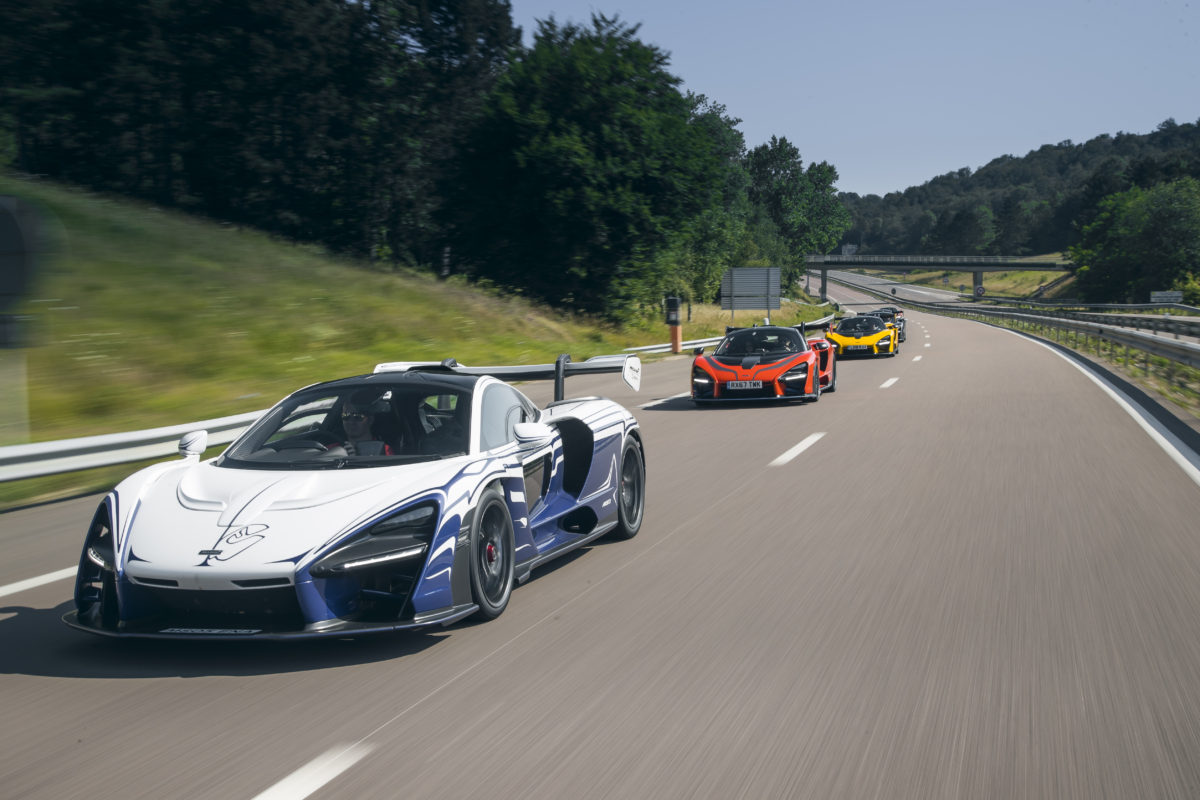 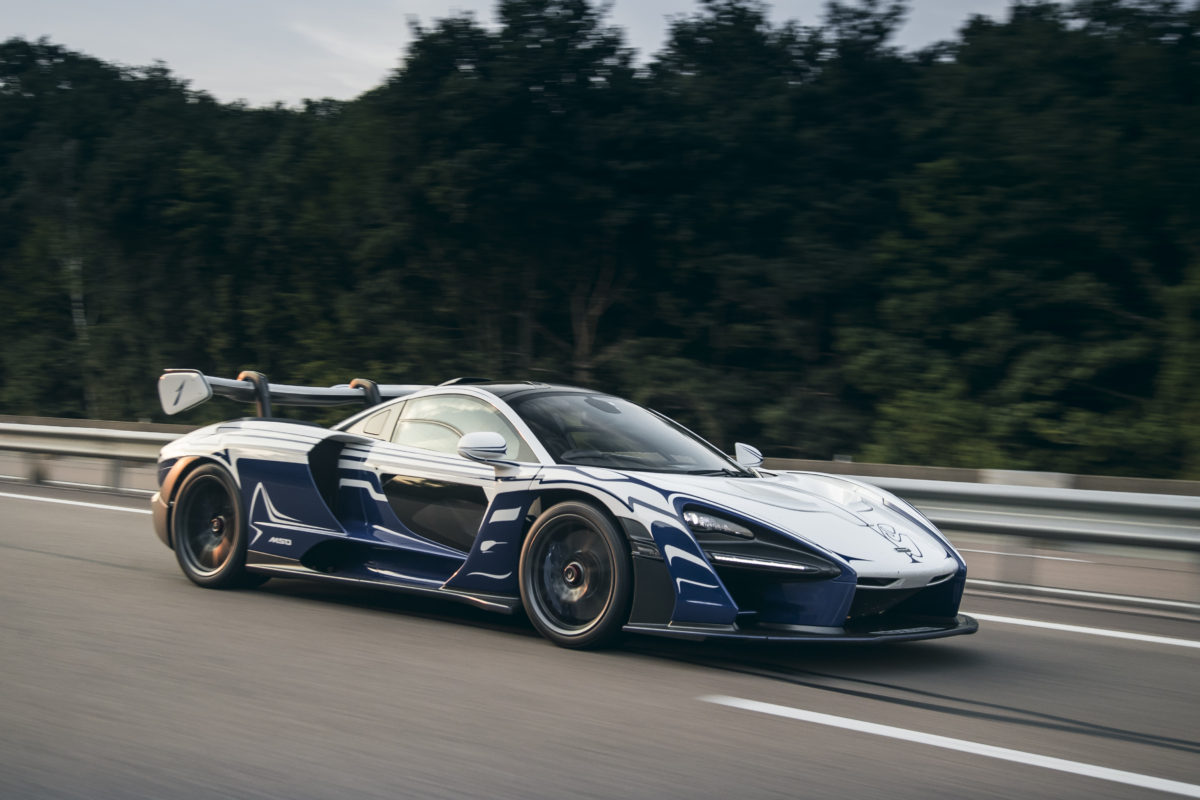 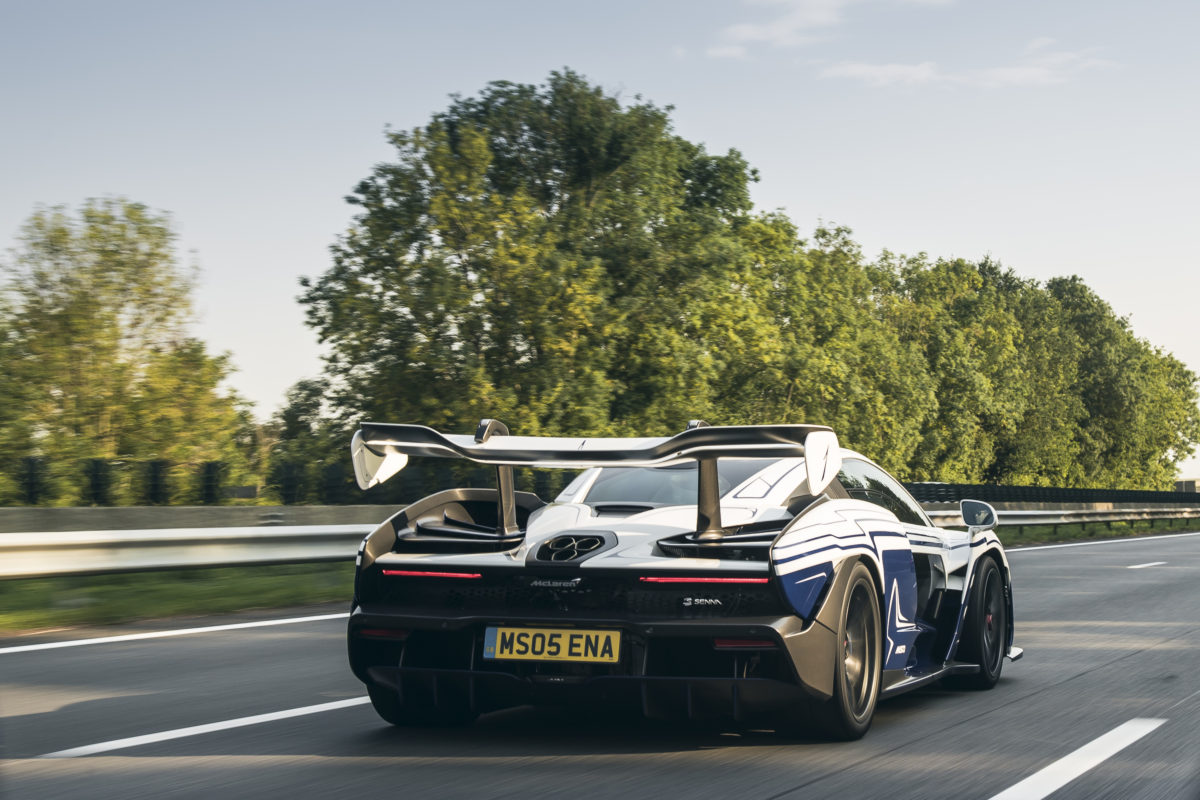 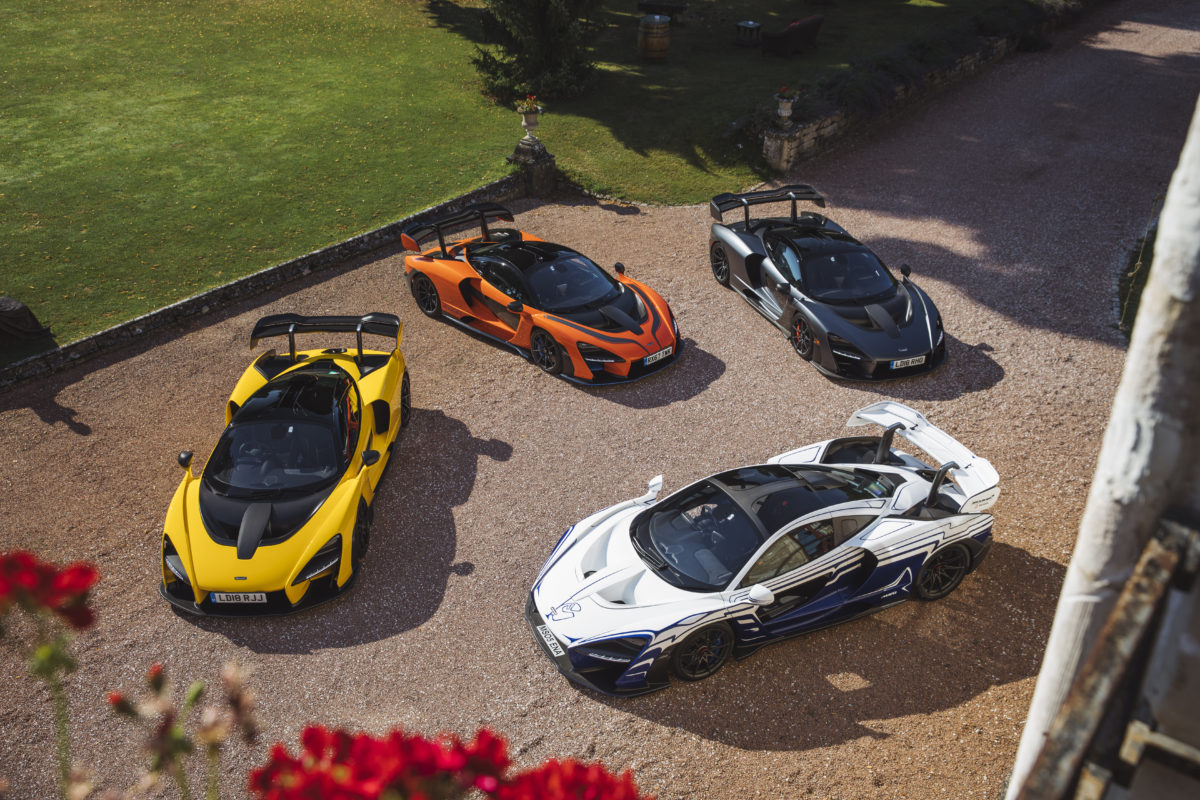 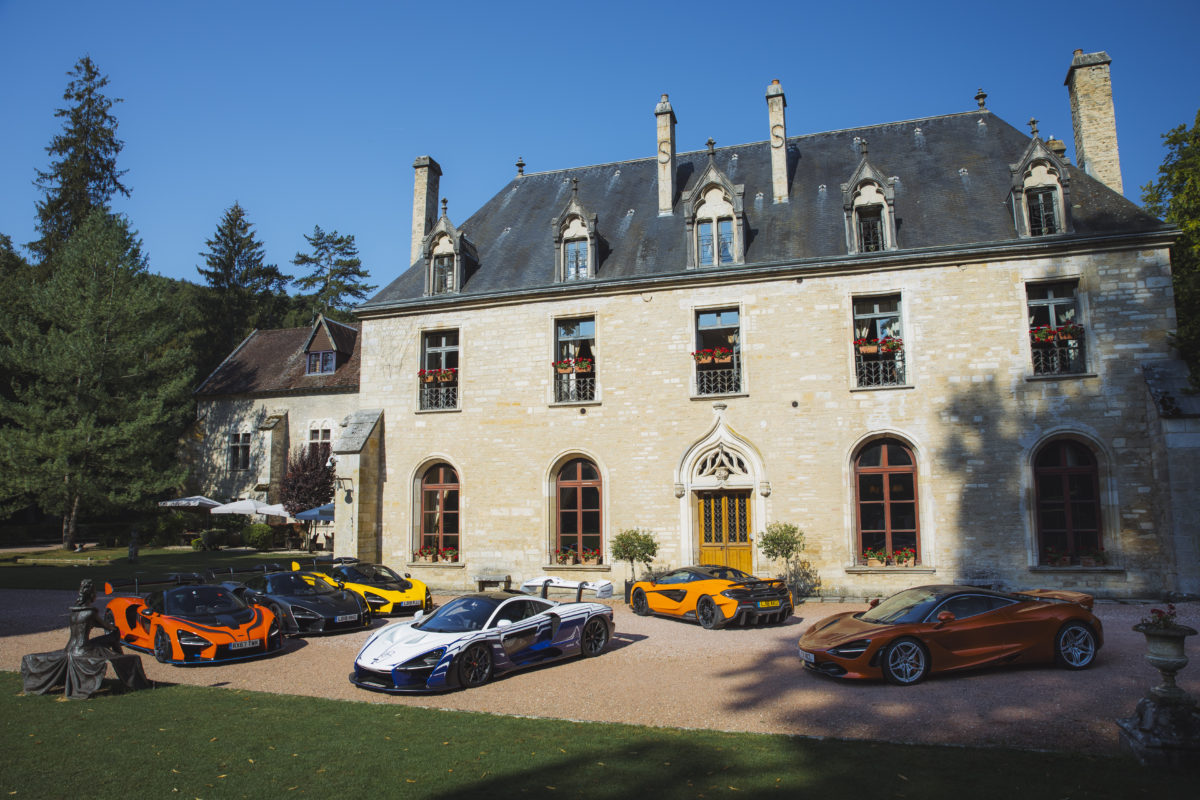 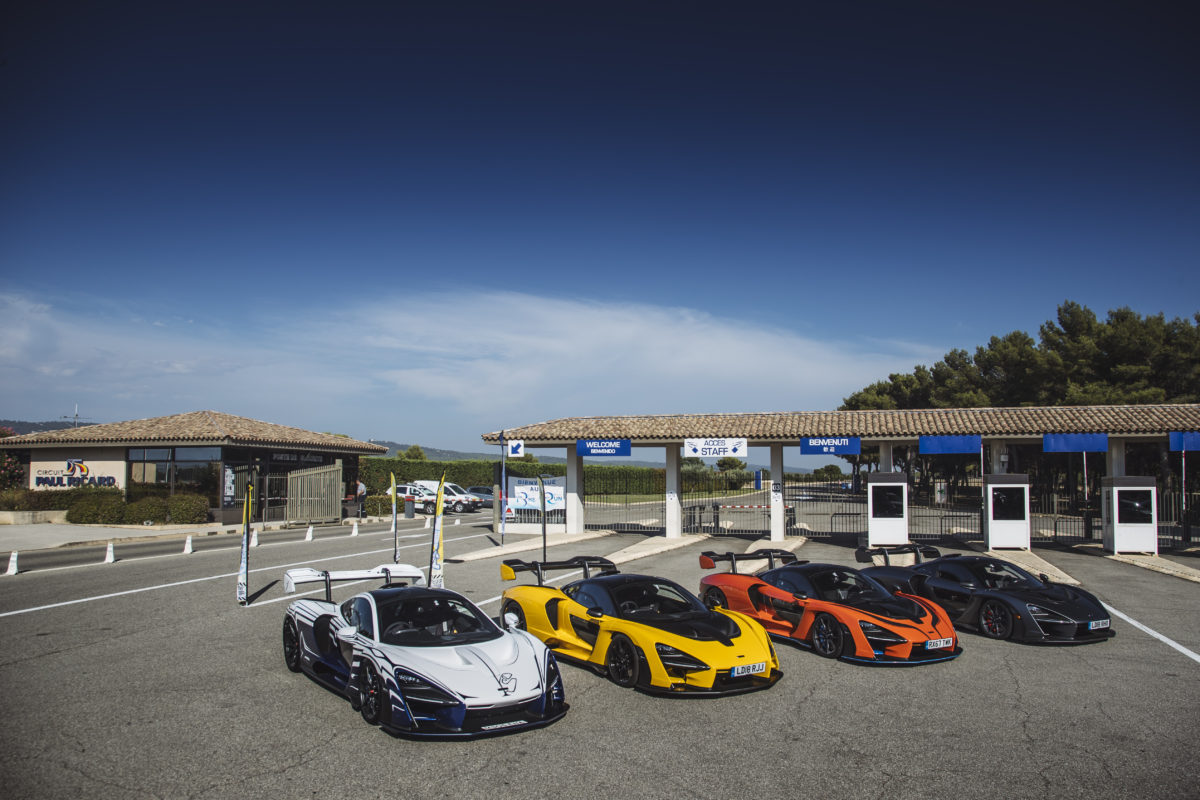 The first customer McLaren Senna built, which carries chassis number 001, was officially presented this week to its owner, London-based businessman, David Kyte – who immediately set out to enjoy his new purchase on a 1,400km ‘road trip’, accompanied by five other McLaren cars.  As you do!

“Handing over the key to the first customer McLaren Senna built was an honour for me and a milestone for the company,” commented McLaren Automotive CEO, Mike Flewitt. “David Kyte is a longstanding McLaren enthusiast with a true passion for our brand and a number of McLarens to prove it. We have had many conversations about the car he has now taken delivery of and while I believe that the McLaren Senna is already incredible in every respect, the additional work that David has commissioned from McLaren Special Operations has taken ‘Senna 001’ to another level.”

‘Senna 001’ is further personalised with individual references to the legendary Ayrton Senna: his signature is on the door shut, the years that he was Formula One World Champion are engraved on the throttle pedal and the layout of the Interlagos circuit in São Paulo, Brazil – with the McLaren badge marking the start/finish line – is clearly visible on the front of the car. The interior has also been enhanced by McLaren Special Operations to Mr Kyte’s requirements, with MSO Bespoke interior trim in black Alcantara® complemented by diamond-stitching on the seats and a Senna ‘S’ logo embroidered on each headrest, all in Harissa Red. Black carpet with Harissa Red Alcantara® piping and decorative stitch, Volcano Red door struts and red-tinted carbon fibre control surrounds complete the personalisation. The vehicle keys are also in red-tinted carbon.

“I committed to buying a McLaren Senna as soon as I became aware that McLaren was developing the car – so long before the name was confirmed – but leaving the McLaren Technology Centre after the handover ceremony was the first time I have actually driven one,” explained Mr Kyte. “Now, with 1,400km covered, I’m delighted to report that as someone who rates driver engagement as crucial to driver enjoyment, the Senna has more than exceeded my expectations.”

Mr Kyte continued: “Working with McLaren Special Operations on the bespoke design of the car was a fascinating experience; MSO has undertaken personalisation on other McLarens I own, but this was a much more complex project. The original inspiration for the livery was to trace the way that the air flows over the body but we decided on a more stylised design, with which I am absolutely delighted. I also love the fact that there are features on the car that are almost hidden, such as the details honouring Ayrton Senna and the McLaren ‘Speedy Kiwi’ on each side of what I am extremely proud to call, ‘my Senna’”.

Mr Kyte travelled to Paul Ricard to take part in a Pure McLaren experience – the official track driving programme of McLaren Automotive. The events provide an opportunity to drive a McLaren at some of the best circuits in Europe and North America, with a range of courses available encompassing customers new to the circuit through to those obtaining their professional racing licence. The weekend at Paul Ricard incorporates the FIA-sanctioned Pure McLaren GT Series, in which Mr Kyte competes in his McLaren 570S GT4.

Storing Your Vehicles In The Winter