From 1948 until its closure in 1966, the former RAF Westhampnett, at the base of the Sussex Downs, was a prominent venue in global motor-sport. Opened as Goodwood by the current Duke of Richmond & Gordon’s grandfather, it’s war-time contribution and that of its entrants and competitors, is celebrated annually at the Revival.

Now in its twentieth year, the meeting melds cars, planes, fashion and culture with some of the globe’s best historic racing on two and four wheels, and a Bonhams auction, including the personal collection of the FOCGB’s late Club President, Jack Sears. With 130,000+ attendees over the 3 days, many in ‘40’s/’50’s/’60’s dress, it was undoubtedly a very enjoyable weekend, despite the inconsistent late summer weather!

In the central paddock ,where gentlemen are required to wear ties, competing cars were arranged by marque, including ERA, Maserati, Jaguar, Alfa Romeo, Aston Martin and Ferrari – attracting much attention was the children-only entry for the annual Settrington Cup (predominantly Austin J40 pedal cars), the Earls Court Motor Show celebrated the TVR marque (including the global launch of their new Gordon Murray-designed Griffith) and nearby, all entrants for the Freddie March Spirit of Aviation concours were previous shortlisted winners.

The on track activity has received widespread coverage elsewhere, here were my highlights:

– Born in Balcarce Argentina, on June 24th 1911, to Italian parents, Juan Manuel Fangio began racing domestically in 1934, with Ford Model A’s, before graduating with considerable success, to Chevrolet saloon’s. With sponsorship from the Argentinian Automobile Club, his first Grand Prix was at Reims in 1948 and in 1949 won four of the seasons, six non-Championship races, in a Maserati 4CLT – before joining Alfa Romeo in 1950. Over the ensuing seven seasons, “El Chueco” started 51 races, winning 24, and achieving five World Drivers Championships with Alfa Romeo, Ferrari, Mercedes-Benz and Maserati. To commemorate the sixtieth anniversary of one of his most prominent race wins, the 1957 German Grand Prix at the Nurburgring;  Revival organisers presented a paddock scene of the Eifel circuit, complemented by a daily track demonstration including the same Maserati 250F chassis he competed in. Fittingly his sons, Ruben and Cattio were present over the weekend and they were awarded the “Spirit of Goodwood” trophy.

– 1957 is often recorded as one of the most competitive motorsport seasons ever, in both Formula One and sports-car racing. The aforementioned Fangio and Jean Behra won the Sebring 12 Hours in a sonorous Maserati 450S, Sir Stirling Moss and Tony Brooks won the Aintree-located,British Grand Prix in a Vanwall and a 1- 2 victory at Le Mans, was secured by the privateer Edinburgh-based, Ecurie Ecosse. The vision of former racing driver and businessman David Murray, ably supported by pre-war ERA-racer and legendary engine tuner “Wilkie” Wilkinson (who went on to found the British Motor Racing Marshals Club), their team of two long-nose Jaguar D-types, piloted by the winning Ron Flockhart/Ivor Bueb beat their team-mates Ninian Sanderson and Jock Lawrence by eight laps…. This year’s Revival, celebrated the “Flag blue “ team’s global achievements over the last sixty-six years (including the 2017 LMP3 Cup Championship) , with the largest ever gathering of team cars, and the almost as famous, 1960 Commer transporter, driven by four-time Indycar champion, Dario Franchitti.

– In 1961, new F1 regulations, limited engine size to 1.5 litres, in an attempt to cut costs and reduce speeds. By 1964, Ferrari S.p.A had designed an all-new, potent, small-capacity engine, mated to a very nimble, single-seater chassis, designating it the tipo #1512… just three examples were built. It was the first flat-12 engine produced at the Gestione Sportiva, under  Mauro Forghieri’s management,  with 24 spark plugs, four distributors, four ignition coils and fuel injection. Updated in September 1965, revisions included a new cylinder head, altered port angles and the intake stacks were now angled slightly outwards, instead of vertically…the late John Surtees put his upgraded #1512 on the front row of the Italian Grand Prix, enthusing over the improvements. As engine size rules changed again in 1966, the three chassis immediately became obsolete..the best known of the three, #0008, was purchased by Luigi Chinetti and restored in Italy in the same N.A.R.T. livery as it last raced in at the end of 1964. Since 2005, the car has been owned by prominent U.S. collector Lawrence Auriana and very ably raced at several Goodwood events by Joe Colasacco……In the year when motorsport bid farewell to 1964 Formula One World Champion and Ferrari-driver, “Il Grande John”, this was a fitting reminder of his unique achievements.

Fastest lap by a lady driver/rider

Fastest lap of the meeting

Eric Broadley Memorial Award for the Fastest Lap by a Lola

Rolex Driver of the Meeting

As with several of his former Audi WEC team-mates, nine-time Le Mans winner Tom Kristensen is now established as a “Revival” favourite; this year sharing a Jaguar E-type to second place, into the Friday evening gloom with Gregor Fisken and creating my favourite memory of the weekend, aboard Bill Shepherd’s, unwieldy 1959 Ford Thunderbird…. only at Goodwood!! 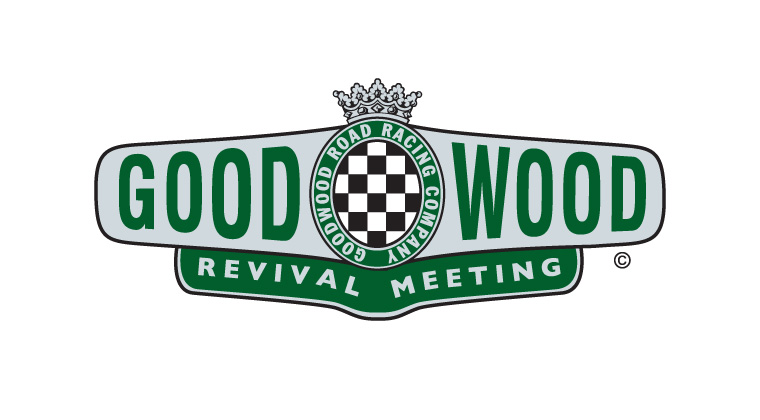