In 9 weeks George Osborne plans to break the fuel duty freeze and increase it by inflation. With 37m drivers already facing the highest fuel tax in the EU, UK motorists and professional drivers are also it seems being fleeced at the pumps by businesses in the fuel supply chain. 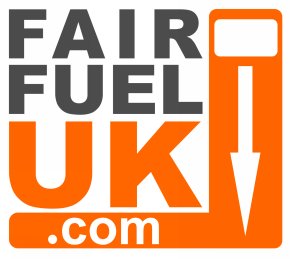 Research this week from the award winning public affairs campaign group FairFuelUK shows that while oil prices fell 25% in 2015 some forecourts tripled their profits through the year with margins peaking at as much a 12.51p a litre on diesel in December.  FairFuelUK’s 1.2 million supporters claim that the historic collapse in oil prices, the lowest for a decade, isn’t being passed on to UK motorists quickly or fairly.

While pump prices have fallen in 2015, a barrel of Brent crude fell by nearly 25%. The fall in pump prices do not reflect the same rate of decrease thus giving increased margins to operators. (See the graph at the end of this release).

Howard Cox, FairFuelUK founder says: ‘UK drivers should have seen much more significant falls in pump prices given the collapse of oil and thanks to greedy opportunism Christmas saw us paying an extra £5 retailer profit on every family car fill-up. The oil industry responds that fuel retailer margins have always been in the region of 3ppl and that the widely reported ‘Rocket and Feather’ effect where fuel prices go down slowly but rise overnight when higher oil prices are announced, is ‘in the consumer’s imagination’.

The most recent OFT investigation on the road fuel market, called by FairFuelUK, found no dysfunction or profiteering and said there was no cause for further investigation.

Quentin Willson, FairFuelUK campaigner says: ‘These inflated margins over Christmas speak for themselves. Fuel retailers are clearly taking extra profits while the oil price falls and definitely not passing them on to families and businesses. And the government seems to be turning a blind eye.’

After an APPG inquiry into fuel pricing in December, (also called by FairFuelUK) involving stakeholders in the UK road fuel industry, Chairman Jason McCartney MP said ‘Regrettably our investigation showed us that the process of pump pricing is even muddier than we first thought.’

You can see a 1 minute video extract (below), from the 3 hrs APPG on fuel pricing Dec 8th, of Quentin Willson asking the fuel pricing experts if there is deliberate price manipulation at the pumps; they deny rocket and feather pricing and say ‘it’s all in the consumers imagination’.

Rob Flello who attended the APPG as Vice Chairman, MP for Stoke on Trent South said: ‘What these figures show is racketeering on a global scale and it is the motorist and professional driver that is being ripped off. Serious questions need to be asked about how the wholesale market operates and why there is such a disparity in the profit margins between petrol and diesel. This reeks of a too-close relationship between oil producers, refiners and wholesalers which demands urgent investigation. If this happened in any other industry, I’m sure we would see Government taking action so why not now? How many times do I and others have to highlight this scandal before justice is done?’

Jason McCartney, MP for Colne Valley said: ‘The FairFuelUK graph clearly demonstrates that profit margins for diesel and petrol are higher when the price of oil falls. This increased profit comes from the pockets of motorists when pump prices remain stubbornly high despite crude oil prices falls. We need more transparency in the pump pricing process and that was the aim of the December Inquiry session of the Fair Fuel for Motorists and Hauliers APPG.’ 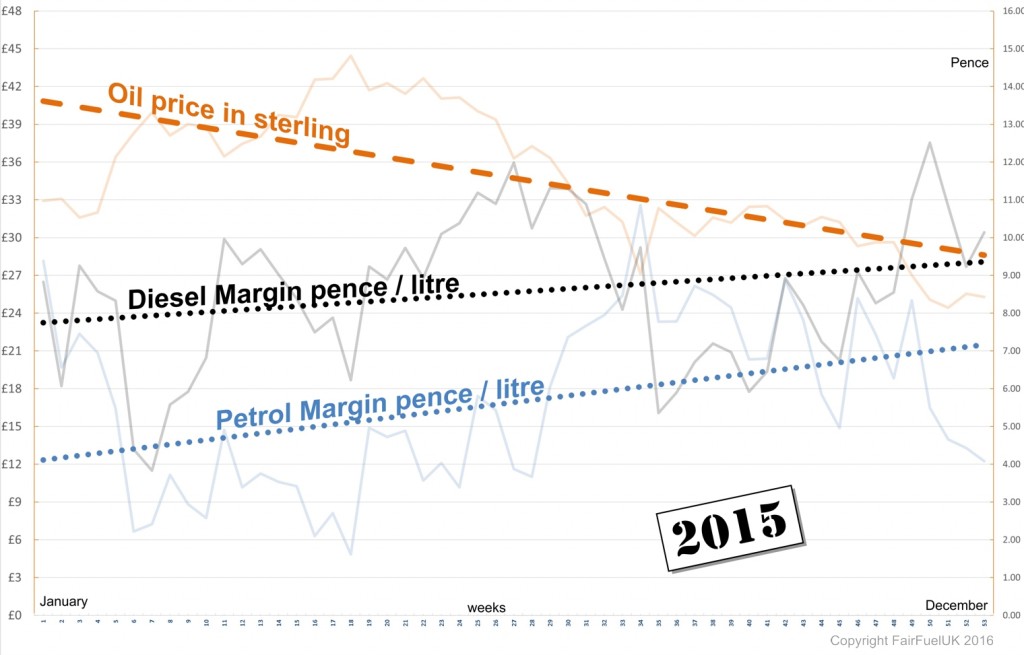 Raw data for graph is available at www.fairfueluk.com/FairFuelUK_Raw_data.xlsx

Has this got you angry?  What do you think about this?  What are you going to do about it?

Nearly 60 percent of UK Drivers want out of the EU