McLaren Automotive, the British producer of luxury sports and supercars, ended 2015 with another record year, as it has done every year since the company began production in 2010. A total of 1,654 cars were delivered to customers across 30 markets. The global demand for the range of McLaren Automotive cars, especially the recently-launched Sports Series, has driven the need for a second shift at the world-class McLaren Production Centre and the immediate recruitment of 250 skilled production team members. 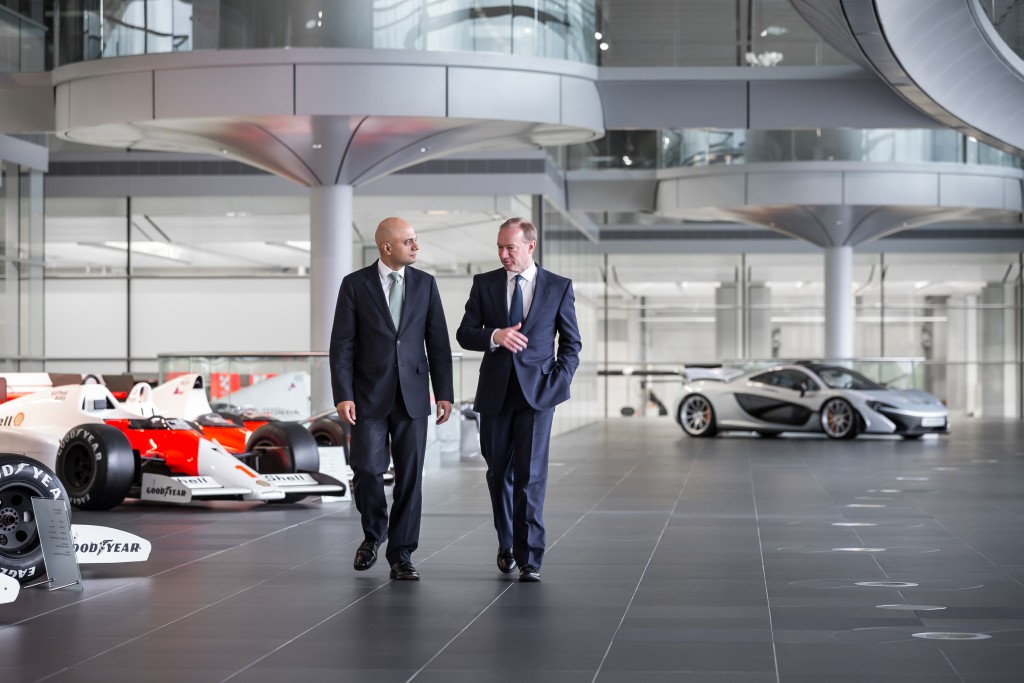 Welcoming the 2015 success for McLaren Automotive and the recruitment of 250 new production roles at the McLaren Production Centre was the Rt. Hon. Sajid Javid MP, Secretary of State for Business, Innovation and Skills. On a visit to the McLaren Technology Centre on Thursday 7 January 2016, Mr Javid commented: ‘McLaren road cars are some of the most iconic in the world and that is down to the excellence of British design, engineering and manufacturing. Today’s news that it is creating 250 new jobs is a sign that the UK auto industry continues to thrive.

I was particularly impressed to hear that over half of all the components and parts that go into their cars are manufactured here in the UK, and this is creating countless more jobs in the supply chain.’

The record year by McLaren Automotive was supported by the launch of no less than five new models, as well as introducing the new three tier product family – Sports Series, Super Series and Ultimate Series. At the Geneva Motorshow in March, McLaren Automotive launched two cars at the pinnacle of their respective model Series – the McLaren P1TM GTR (below) in the Ultimate Series and the 675LT Coupé in the Super Series. 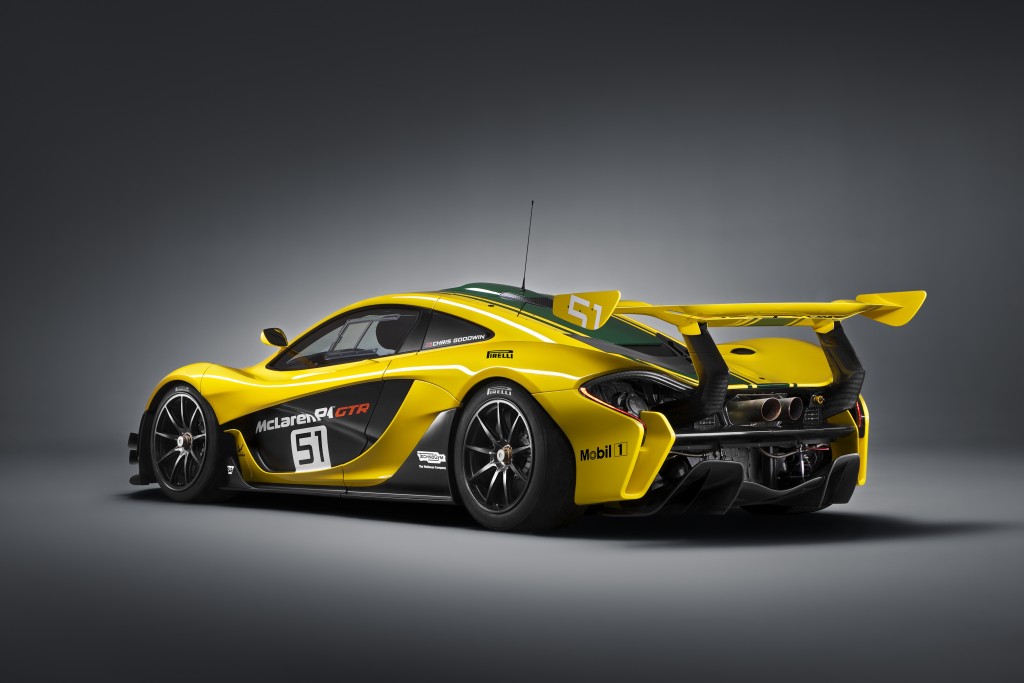 Built in response to requests from existing McLaren P1TM customers, the McLaren P1TM GTR was designed as the ultimate track car for the most exclusive owners’ club. Hand-assembled to the exacting specification of its owner, the cars are used on a selection of the world’s most famous racing circuits as part of the McLaren P1™ GTR Driver Programme. This exclusive owners’ club opens up the world of McLaren to a small group immersing them in a full suite of personal racing services, including seat fitting, use of the McLaren racing simulators and fitness facilities as well as full trackside support and driver training from a host of world class engineers and drivers, including Driver Mentor, Bruno Senna.

The McLaren 675LT Coupé is the first modern-day McLaren to wear the ‘LT’ or ‘Longtail’ name, and was limited to 500 cars. It sold out almost immediately. The track-focused 675LT Coupé, featuring lighter weight, increased power and enhanced driving dynamics, was joined in December by a Spider variant which, again, is limited to 500 cars and sold out in just two weeks.

In April, at the New York Autoshow, McLaren Automotive revealed the new Sports Series family, designed to be the most accessible form of McLaren ownership. The first car launched, the 570S Coupé, has been almost universally awarded five-stars by all of those who have driven it since its arrival. This was followed by the reveal of the 540C Coupé at the Shanghai Autoshow later the same month. By the time the Sports Series is complete in 2017, the range will include two further bodystyles and is expected to account for two thirds of total annual sales volumes. Despite only having started production in November, the McLaren retailer network is already holding over six months worth of orders for Sports Series cars.

Alongside the record sales development, the McLaren Automotive global retailer network also grew in 2015 to 80 retailers covering 30 markets. Twelve new retailers opened in 2015 covering important territories such as Seoul, Mexico City and Houston. Further development is planned in 2016, with a focus on controlled and sustainable growth within existing markets rather than significantly increasing the total number of markets covered.

In addition to progress with new car sales and retailer openings, the McLaren Automotive pre-owned programme, McLaren Qualified, continued to expand in 2015. Over 700 cars were sold as the programme expanded into new retailers and new markets. McLaren Qualified will continue to develop in 2016 as a significant opportunity for retailers, as well as representing the first stepping-stone into McLaren ownership for many new customers.

Commenting on the 2015 end-of-year performance, Mike Flewitt, Chief Executive Officer of McLaren Automotive said: ‘2015 was a year of rapid expansion for McLaren Automotive. When the company was set up in 2010, we set ourselves an ambition to launch one new car every year. In 2015, we launched five! This accelerated development has led to yet another record year, with unprecedented levels of demand for all of our cars, especially the new Sports Series, for which we are currently holding more than six months worth of orders. This goes to show that the team at the McLaren Technology Centre and around the world, together with our retail partners, are creating and building the world’s most desirable sports and supercars.

‘The need to add a second shift in the McLaren Production Centre is another great example of the progress that McLaren Automotive has made in its short history. I look forward to receiving the 250 new production team members into the company shortly. All of these developments in 2015 give me a very positive sense of confidence that our product range and long-term business plans are heading in exactly the right direction’.

The sales success of 2015, linked to the unprecedented levels of forward orders for the new Sports Series, has led to the initiation of a second shift at the McLaren Production Centre. A total of 250 new roles will be created in the Production, Quality and Logistics departments as the company invests for its future. These will be apportioned as approximately 200 in Production, 30 in Quality and the remaining 20 in Logistics.

The second shift is scheduled to start in February 2016. The new roles, which are being recruited immediately, will add approximately 40 percent to the existing headcount at the world-class production facility and will take production rates from the previous 14 cars per day up to 20 cars per day by mid-2016.

Mike Flewitt continued: ‘The launch of the new Sports Series is a step-change for McLaren Automotive. It opens the company up to new markets, new customers and consequently, new sales volumes. The reception to the new Sports Series and the levels of customer orders tells us that now is the time to invest in the second shift and 250 new production team members to ensure that we are able to reach our assembly objectives once the full model range is available.’