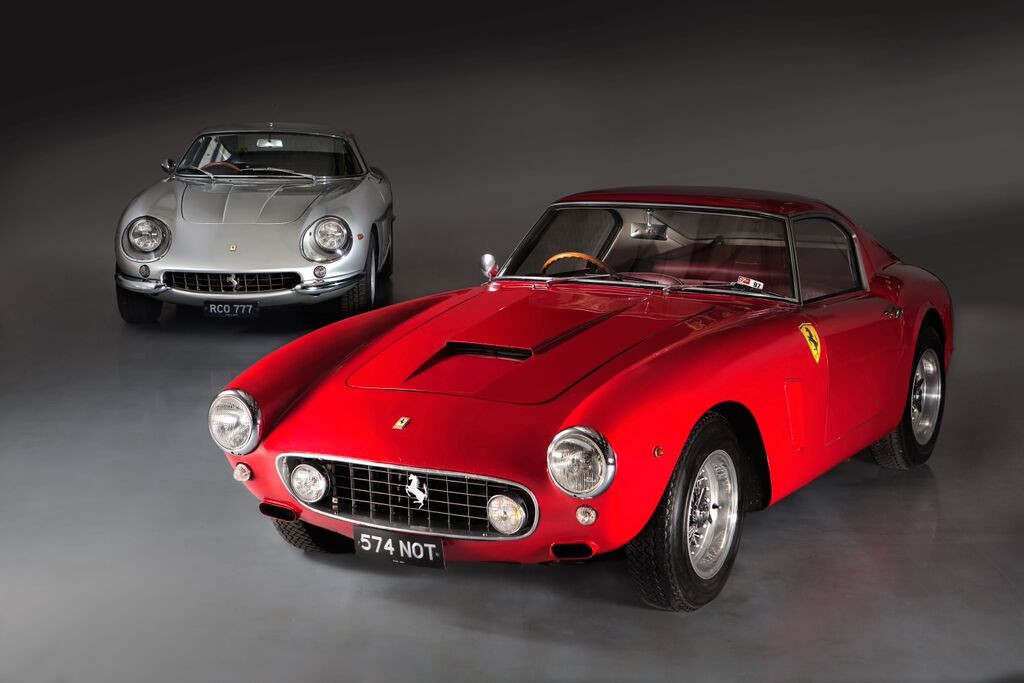 The two rare Ferraris, which are due to be sold to raise funds for the RNLI, will make their only public appearance ahead of their October auction as part of the Chateau Impney Hill Climb Concours d’Elegance this July.

The multimillion-pound 1960 Ferrari 250 GT SWB and 1967 Ferrari 275 GTB/4 are from the estate of the late Richard Colton, a renowned British V12 Ferrari collector who left the generous legacy to the Royal National Lifeboat Institution in his will.

Motorsport enthusiasts attending the Chateau Impney Hill Climb on 11 and 12 July will have the unique opportunity to see the highly original cars up close as part of the event’s exclusive Concours d’Elegance ahead of the sale at auction in October by specialist auctioneers H&H Classics.

Only 167 of the 1960 Ferrari 250 GT short-wheelbase (SWB) Berlinetta chassis 1995 GT were ever made, with just ten supplied new to the UK market. The model was unveiled at the Paris Salon in 1959 and today is on many experts’ list as one of the ‘most beautiful cars in the world’. It is also one of the most valuable, joining the 250 Testa Rossa and 250 GTO in the multimillion-pound club, making it a ‘must-have’ for any serious Ferrari collector. Mr Colton bought his Ferrari 250 GT in the late 1970s and registered it as ‘574 NOT’, enjoying many impromptu trips to the continent, including the Ferrari 50th Anniversary celebrations at Maranello in June 1997.

Also included in the Concours d’ Elegance is a 1967 Ferrari 275 GTB/4 chassis (10177 GT) which began life as the Maranello Concessionaires demonstrator and was driven extensively throughout the UK and Europe by Colton. The Ferrari 275 model is considered by many to be the ultimate front-engined, Enzo-era Ferrari road car. Similar to its matching number, the Ferrari model made its debut in Paris and just 350 of the cars were ever made, with only 27 supplied to the UK.

Both cars will exclusively feature in Chateau Impney’s Concours d’Elegance on 11 and 12 July as part of the weekend-long Hill Climb, promising a host of motorsport action from pre-1967 marques including the 100-year-old, 28-litre Fiat S76, better known as the ‘Beast of Turin, and more than half the world’s remaining pre-war ERAs. The line-up also includes everything from Bugattis, Aston Martins, Jaguars and Mini Coopers to unusual one-offs such as the GN Caesar Special.

Hill Climb spectators will have the opportunity to view the rare Ferraris ahead of their sale, together with exceptional vehicles including the Bentley Blower No 5 and a Jaguar XJ220. And, while Concours d’Elegance winners are usually chosen by a team of judges, this time the victor will be voted for by the spectators as well as by fans on Facebook and Twitter – the first time that social media voting will have been used for judging a Concours competition.

Rod Spollon, chairman of the Chateau Impney Hill Climb Club, said: “We’re both delighted and privileged to welcome the well-cherished 1960 Ferrari 250 GT SWB and 1967 Ferrari 275 GTB/4 from such a well-known collector to the Hill Climb’s Concours d’Elegance. These extraordinary cars will make a stunning addition to the line-up on display across the weekend.”

The funds raised by the subsequent H&H Classics sale on 14 October will go towards the RNLI’s lifesaving work around the coast of the United Kingdom and Republic of Ireland. Richard Colton left the cars to the charity and requested that the money raised from their sale should be used to build a new lifeboat named after himself and his late wife.  What a wonderful and thoughtful gift.

Guy Rose, legacy manager at the RNLI, said: “We are deeply grateful and humbled by Mr Colton’s generous gift and his decision to benefit the RNLI in this way. Six out of every 10 lifeboat launches are only made possible because of gifts left to us in wills, so they are vital to saving lives at sea. Mr Colton’s generosity will be felt most by our volunteer crews and the people whose lives they save.”

Simon Hope, chairman of H&H Classics, which holds sales across Britain, comments: “We are honoured to have been chosen to handle this sale, which is of national significance. These stunning motor cars have been with Richard Colton for 40 years and meant a very great deal to him. So we are absolutely committed to realising the maximum amount for the cars. It promises to be an historic sale.”

Tickets for the Chateau Impney Hill Climb are on sale now and start from £20 per adult. Children under 16 go free with a paying adult. Any online ticket purchases made before Tuesday 30 June will receive a 10 per cent discount.

To find out more, visit www.chateauimpneyhillclimb.com