The eighth Cholmondeley Pageant of Power (CPOP) has opened its doors to the public – with the Cholmondeley grounds now reverberating to the sound of spinning wheels and roaring engines.

The famous track is now live, playing host to exotic machinery including Group B rally cars, such as the incredible Audi Quattro S1, Supermoto bikes and a parade featuring an example of every Lotus ever made.

On Saturday, Cholmondeley will pay homage to the Eighties supercars that adorned many a bedroom wall while on Sunday, crowds will be treated to the rumbling sound of V8s with a celebration of US muscle cars, including icons like the Ford Mustang GT 390.

James Hall, event director said: “This is the eighth staging of CPOP and without a doubt we have the best show content we’ve ever had this year. It’s fantastic to see the track full of Group B rally cars, motorbikes and supercars – and we’re very pleased to welcome so many Lotus owners who have brought along some simply stunning cars. The weekend ahead is action packed – remember tickets are still available on the gate and via www.cpop.co.uk.”

A celebration of power on land, air and water, which also includes live music, exciting trade stands and camping, the family-friendly, motorsport event has something for everyone. 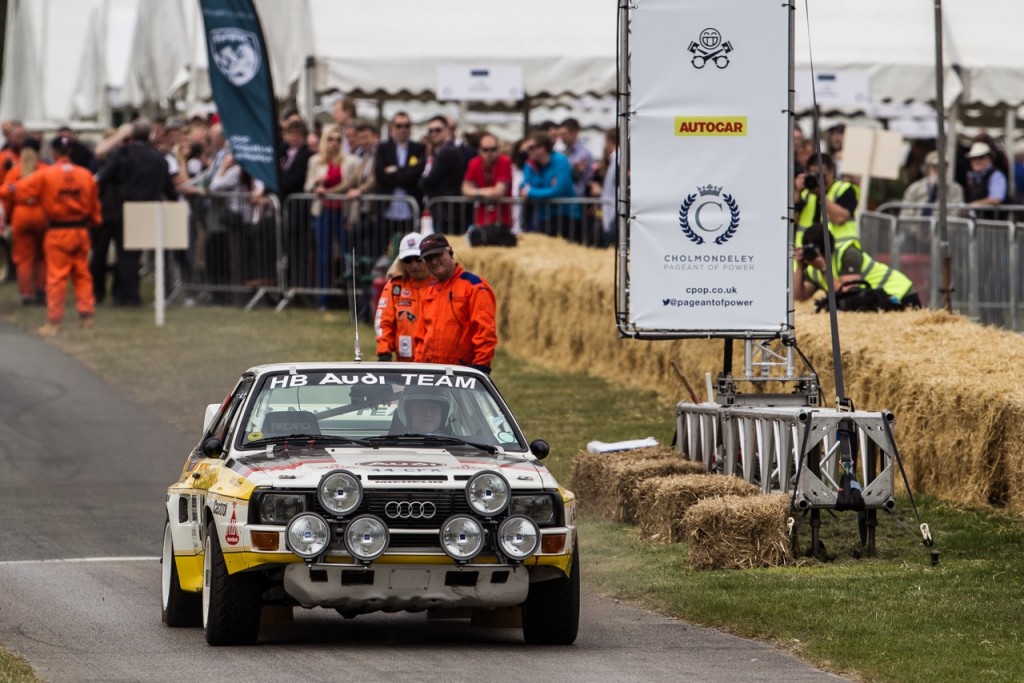 On track action at this year’s event is set to be action-packed with a thrilling selection of supercars set to put themselves to the test including a BMW i8, a Ferrari F40, a Bentley GT Speed and a Radical RXC V8.

The world’s only remaining Vulcan will take to the skies above Cheshire for the last time on Sunday 14th June, in her final flying season. The iconic delta wing strategic bomber has been seen by more than 20 million people since her restoration and is sure to be a highlight of the weekend.

The third round of the British Jet Ski Championship will be taking place across all three days of the festival, with some of the best riders in the world battling it out on the estate’s lake.

The 12 time world champion trials bike legend from Yorkshire will be showcasing his
nail-biting, bike-control skills on Saturday 13th and Sunday 14th June.

Always a firm favourite, CPOP has a great selection of pre-war aero-engined cars set to go around the track – a Napier Bentley and a Hardy Special, both from 1929, and a 1930 Packard Bentley. These powerful motors are sure to provide an entertaining display, especially as the owner, a CPOP regular, usually tries to set fire to the grass.

This stunning display of 13 images taken by rock photographer, Nick Elliott, is believed to be the largest ever outside art exhibition. Each of the pieces, featuring icons from Beverley Knight to Justin Hawkins, measures 8m by 5m and aims to immerse the observer in a live performance.

Each day will play host to a separate concours event, showcasing some of the finest classic car examples. The festival will honour the Lotus marque on Friday, American Muscle cars on Saturday and Eighties supercars on Sunday.

Flown by 29 (Reserve) Squadron from RAF Coningsby, the display showcases the performance of the Typhoon aircraft, while demonstrating the dedication, professionalism and excellence of the RAF personnel who fly.

Tickets are still available on the gate and at www.cpop.co.uk for the event at Cholmondeley Castle, Malpas, Cheshire. Adult tickets are priced from £30 with children’s tickets starting from £5.