Goodwood is delighted to announce that the theme for the 2015 Festival of Speed will be ‘Flat-out and Fearless: Racing on the Edge’, as tickets go on general sale last week (Thursday, 6 November, 2014).

‘Flat-out and Fearless’ typifies some of the most spectacular drivers and moments from motor sport’s past and present. Who could forget the wheel-bumping final-lap battle between Gilles Villeneuve’s Ferrari and Rene Arnoux’s Renault at the 1979 French Grand Prix, or the sight of the legendary Colin McRae hurling his Subaru over the Bunnings jumps on Rally Australia in 1997? 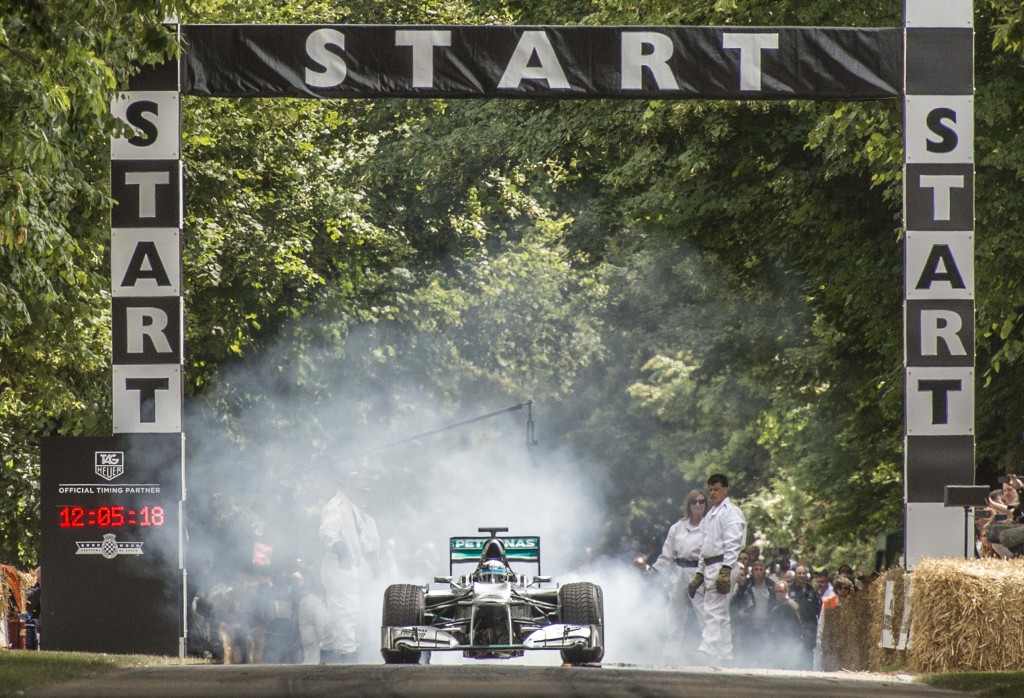 Juan Manuel Fangio’s decision to race “at 100 per cent for the only time in my life” to overhaul the Ferraris to win the 1957 German GP, and the legendary duel between Barry Sheene and Kenny Roberts at Silverstone in 1979 provide further examples of how racing on the edge has captured the imagination of motor sport fans across the globe.

The Festival of Speed, which celebrates the very best from the past and present of motoring and motor sport, will be held on 25-28 June, 2015*.

The event will open with many of the world’s largest motor manufacturers showcasing their latest models at the Moving Motor Show on Thursday, 25 June*.

Tickets and hospitality packages for the Goodwood Revival Meeting, which will take place on 11-13 September* 2015, are now available, while a limited number of tickets for the 73rd Members’ Meeting – set for March 21-22, are also on general sale.