Following the recently announced purchase of the Lister Motor Company in May 2013, the company is delighted to announce that it has now published its 60thAnniversary Lister Jaguar brochure, which fully outlines the specifications for its fantastic recreation of the iconic Lister Jaguar ‘Knobbly’ racing car. 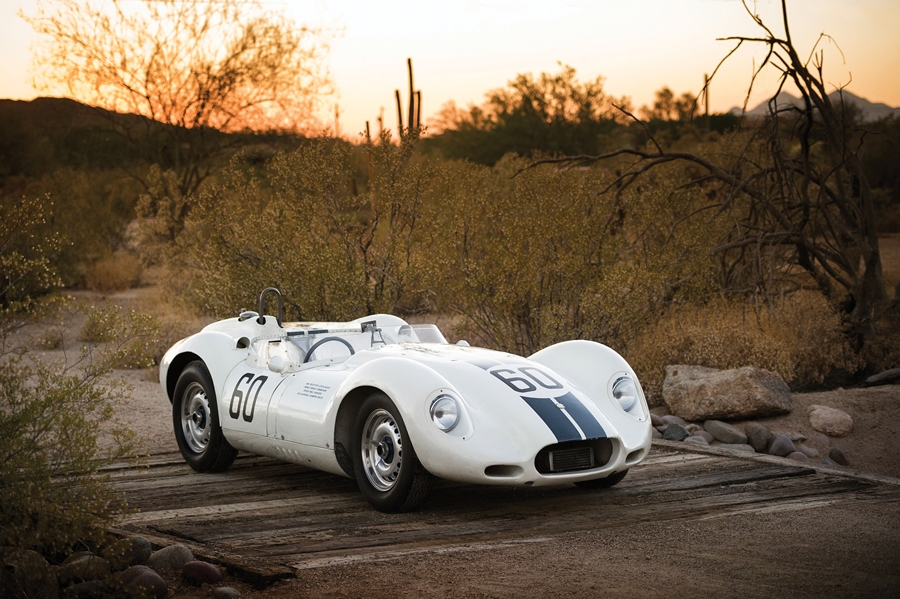 With the order book already filling for the new car, Lister has produced its first new sales brochure in more than 25 years, with all the options and specification data now available to potential customers, as well as providing an insight into Lister’s iconic history. Interest in the Lister brand has never been higher and with values of the original 1950s ‘Knobbly’ cars now approaching $2,000,000 million, the model is highly-prized by collectors and historic racing enthusiasts.

The new continuation cars will provide an all-new, factory approved, entry into FIA/HTP Appendix K historic racing, without the risk of buying non-factory recognised, replica cars, which may prove to be ineligible for FIA completion use. The Lister Motor company has also announced that it will build the ‘Knobbly’ for road  & race use, which is detailed in the new brochure at prices of £259,000 + tax and £249,000 + tax respectively.  Alright if you can afford it!

Lawrence Whittaker, Managing Director of Lister Cars, says: “2014 is a very special year for us, as it celebrates 60 years since Brian Lister built the first Lister car at George Lister Engineering. Today we are still hand-building cars at George Lister Engineering in Cambridge and use many of the traditional methods that were used in 1954, as well as one or two of the original engineers. It’s fantastic to think that Lister has a 60 year history as an all-British owned car maker, and that it now has a fantastic future ahead of it.”

With traditional, hand-built construction still at its core, and with orders tailored to the bespoke requirements of each customer, the 2014 production numbers for the 60th Anniversary Lister Jaguar are, of course, extremely limited. With 50 per cent of the annual production capability already sold, the first cars will leave the factory in April 2014.

“April is a key month for us in 2014”, continues Whittaker, “We will  have two press cars available around that time which will allow us to officially unveil the car to the world’s media at a dedicated launch event at a track venue in the UK. Watch this space!”

Plans are still being progressed for a series of Lister sponsored historic race meetings to run in 2015, in time for the Lister brand’s 125th anniversary.

We cannot speak for you, but we are certainly wishing the company every success and cannot wait to see the cars.