The music of Jools Holland brought the curtain down on CarFest South after three fun-filled days of truly memorable family entertainment – all raising funds for BBC Children in Need.

Staged at Laverstoke Park Farm near Basingstoke in Hampshire and hosted by BBC Radio 2 broadcaster Chris Evans, the latest CarFest has been hailed as the ‘best yet’.“We laughed, we laughed and we laughed again. CarFest South has been a fantastic blast and the best so far,” said a delighted, if exhausted, Evans. “Somehow this has topped the huge success of last year. We’ve had even more fun and raised even more money. Let’s do it again!” 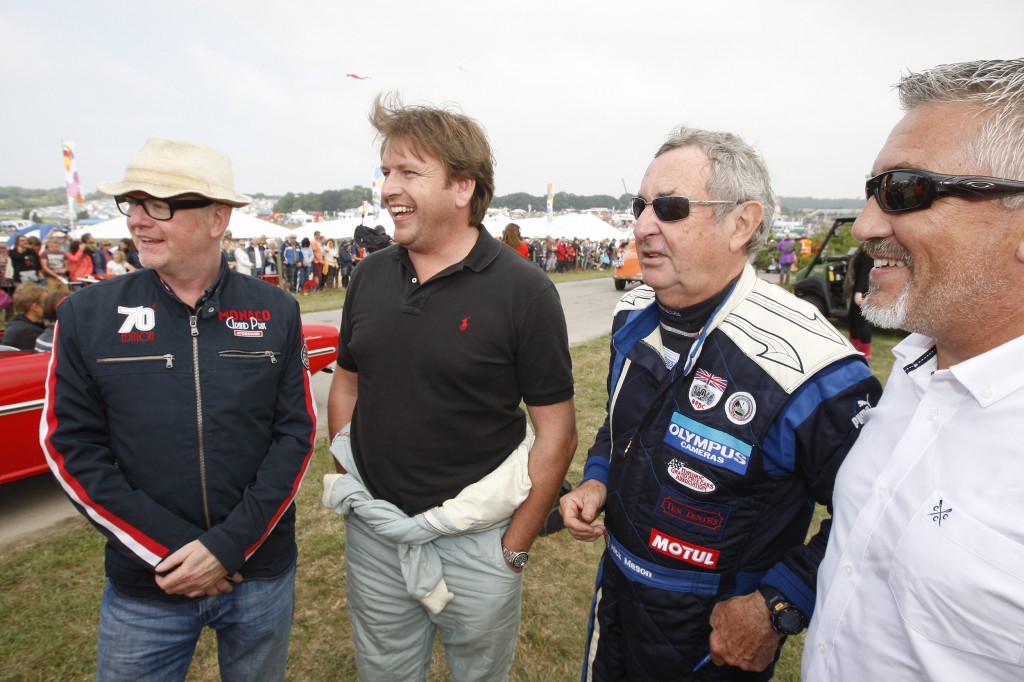 Last year’s inaugural two CarFests in 2012 raised an impressive £968,735 for BBC Children in Need and this summer’s pair of enlarged festivals have already generated more than a further million pounds for the charity. 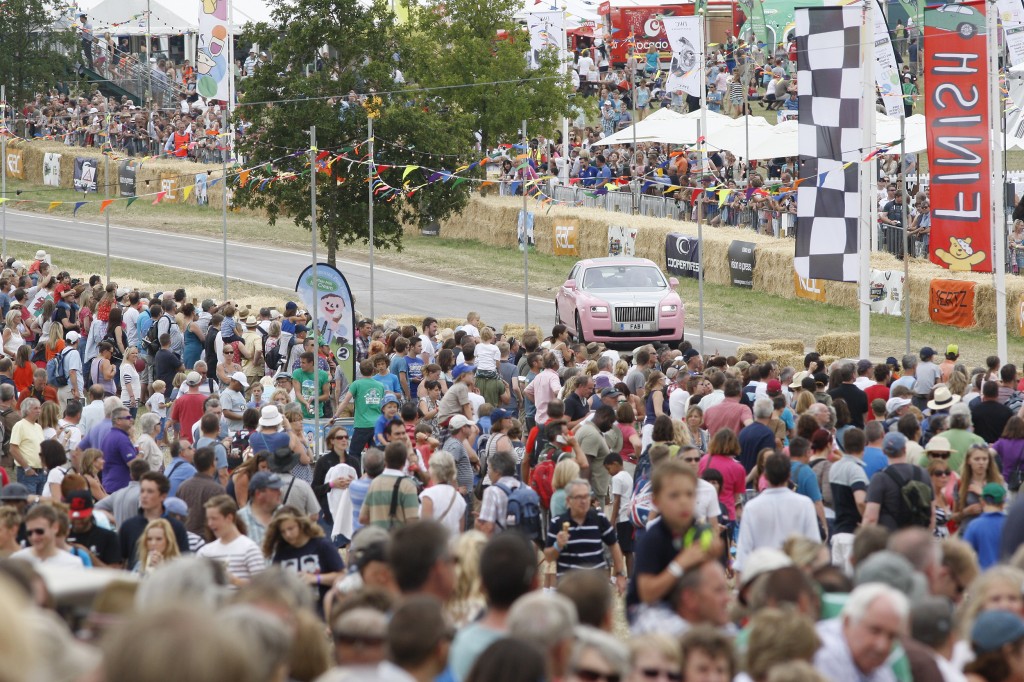 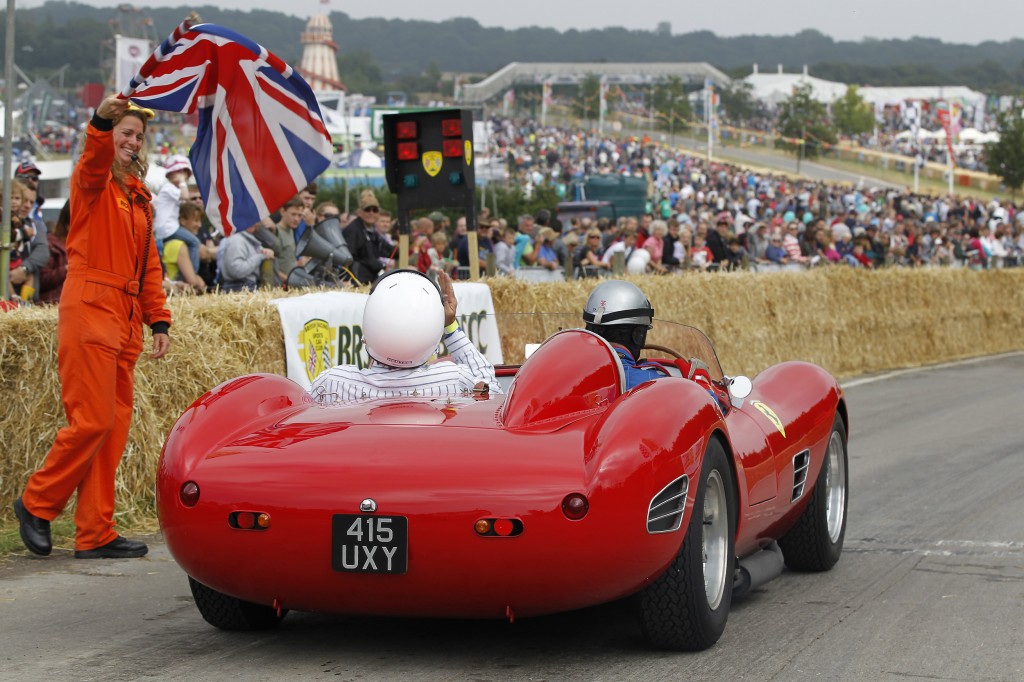 Not to be outshone, Evans also starred on the hill driving some of his own ‘Magnificent Seven’ Ferraris as well as film icon Chitty Chitty Bang Bang. Other highlights included some crowd-pleasing runs from rally cars, plus a special parade of 100 past and present Aston Martin models celebrating the illustrious company’s centenary in 2013. 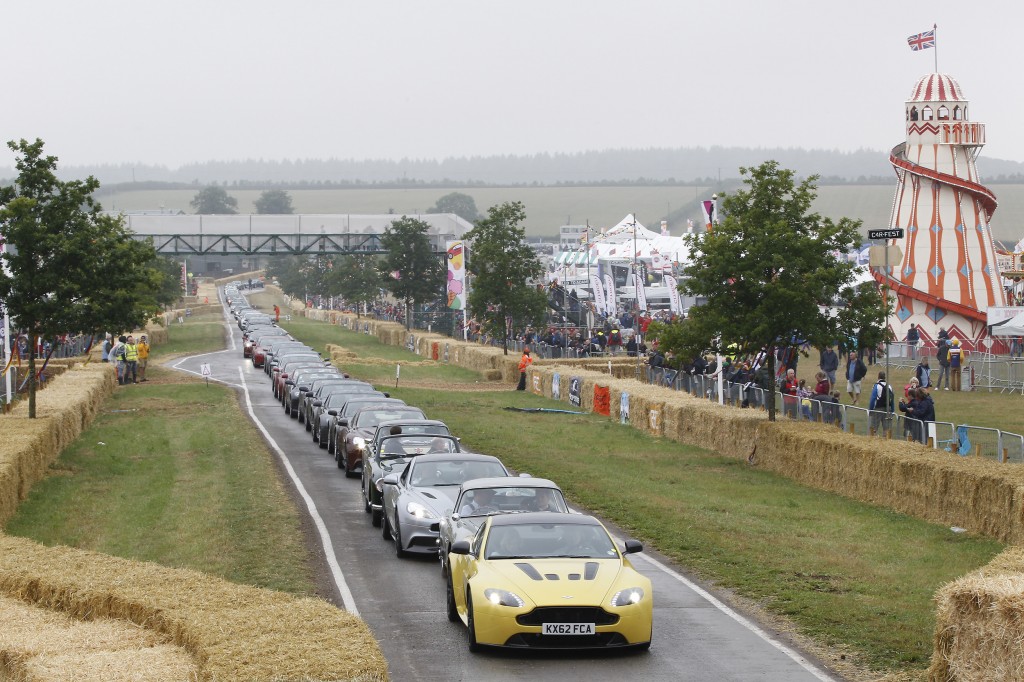 Waving the Union Flag away from the busy car paddock, the ‘Britain’s Best Pavilion’ was another hugely popular attraction giving some of this country’s best small producers a chance to promote and sell their jams, juices, breads, sweets, meats and much, much more.

The large marquee also hosted the ‘Cakes versus Pies’ competition with TV chefs Paul Hollywood and Mary Berry present to judge the finals. The top prize was eventually won by Alison McGurk from near St Albans for her Lemon and Passionfruit Crunch Cake. She was awarded her prize on the main music stage on Sunday evening – a stage which also saw some superb live music performances from top bands including Texas, Keane, Alfie Boe and Amy Macdonald plus a surprise guest appearance from Seasick Steve. The American blues legend was a last minute guest having appeared on Evans’ BBC Radio 2 Breakfast Show on Friday morning. He not only wowed the audience with his music but also drove several of Evans’ stunning Ferraris.

“This is the best festival I’ve ever been to,” said the man who has headlined at Glastonbury and a host of other festivals right around the world. “I think I’ve died and gone to heaven!” he joked.

Between roaring up the hill and enthusiastically introducing all the acts on stage, Evans also found time to front two live BBC broadcasts over the weekend. On Friday evening The One Show was broadcast from Laverstoke and that was followed by a special three-hour BBC Radio 2 Show on Saturday morning.

Adding to the amazing attraction was a multitude of other non-stop entertainment aimed at keeping all ages amused. These ranged from spectacular air displays from the RAF Red Arrows, the soul-stirring Vulcan bomber and a host of different stunt planes to highly enjoyable arena shows from jousters, the world famous Royal Signals White Helmets Motorcycle Display Team and the JCB ‘Dancing Diggers’.

With so much to see and do, CarFest is now firmly established as one of the summer’s most friendly and fun festivals.