The Ferrari 458 Speciale is the latest product of Ferrari’s core philosophy of extreme technological innovation and research which, in this instance, has yielded powertrain, aerodynamics and vehicle dynamics advances that transform the already exceptional 458 Italia into a car genuinely worthy of the “Speciale” moniker. The result is a completely new, uncompromising, streamlined sports car concept. 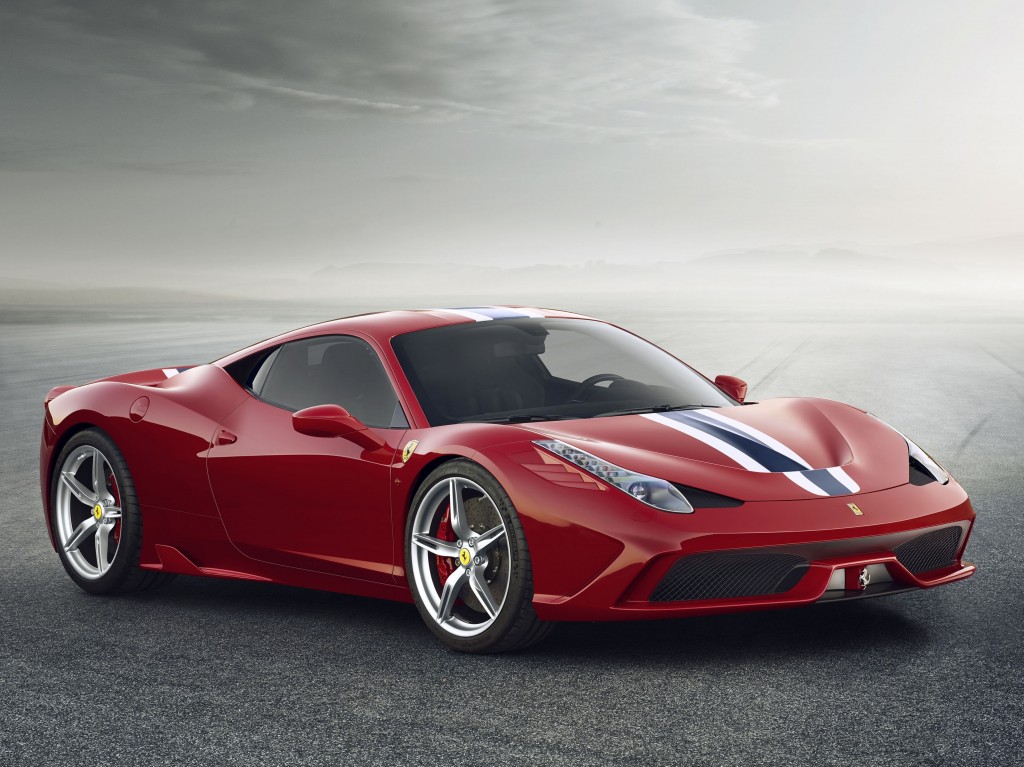 Many of the sophisticated solutions being applied for the very first time to an in-range car in the 458 Speciale, including its advanced active aerodynamics, will become a standard feature of all new Ferraris in the future. 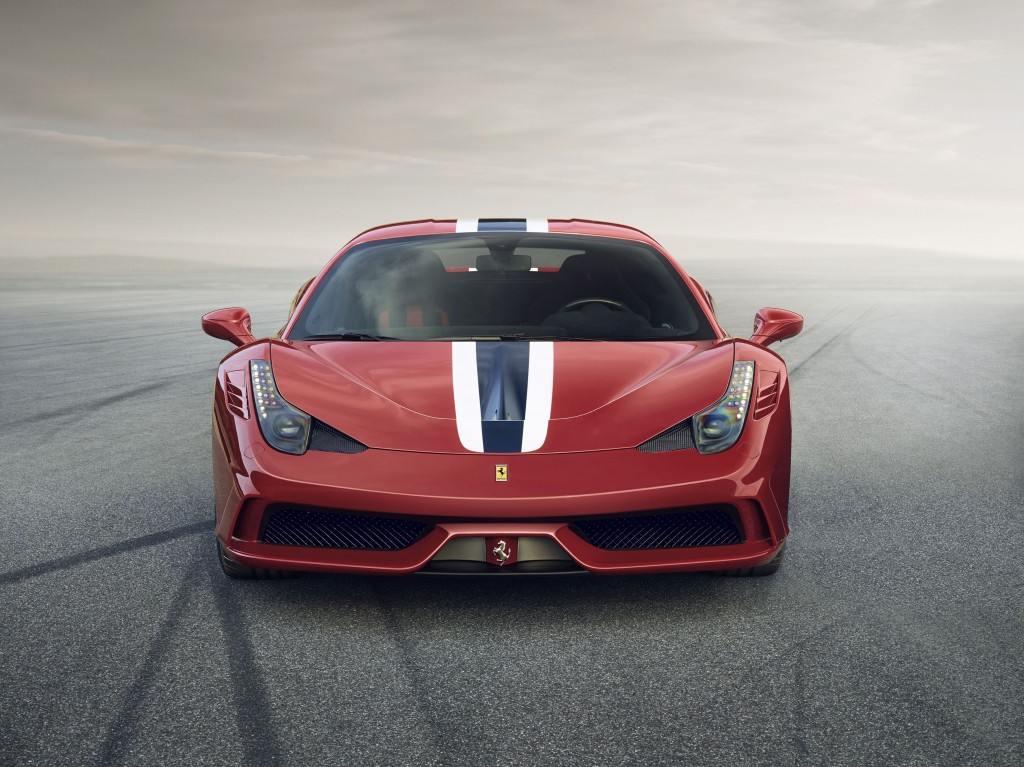 Flanked in the Maranello marque’s range by the multi-award-winning 458 Italia and 458 Spider, the new mid-rear-engined V8 Berlinetta was designed to boost both performance and driving emotion to unprecedented levels, yet simultaneously guarantee smooth, effortless control in all kinds of situations.

Having lavished meticulous attention on the power unit that was named “Best Performance Engine” at the International Engine of the Year Awards for two consecutive years, Ferrari has now built its most powerful naturally aspirated V8 ever (605 cv) with an extraordinary specific power output of 135 cv/l , the highest ever achieved by a road-going naturally aspirated engine. 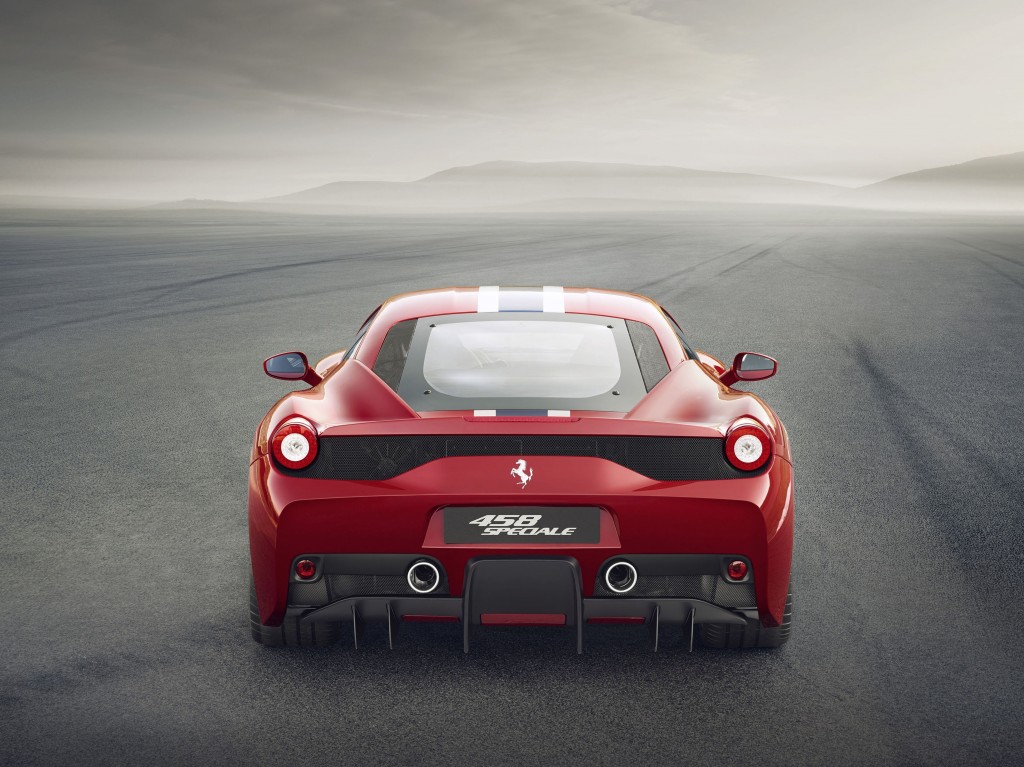 Aerodynamic requirements guided the work of the Ferrari Styling Centre, which led the project in cooperation with Pininfarina, to sculpt the car’s forms to ensure they were more performance-oriented than ever. The most notable features in this sense are the front and rear movable aerodynamics which balance downforce and cut drag, thus helping make the 458 Speciale the most aerodynamically efficient range production car in Ferrari history (E Index of 1.5). 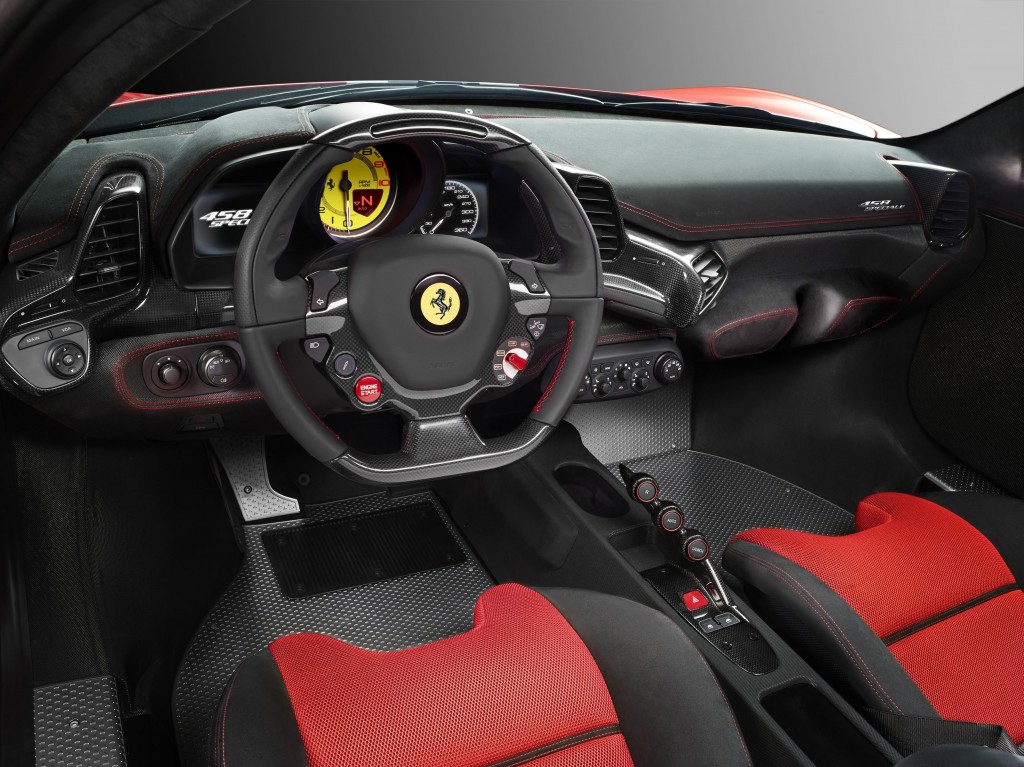 The technology used in the vehicle dynamics subsystems which gives the driver instant confidence and control at high speeds, natural power oversteer management and precise response to commands are further advances in an area in which Ferrari is already a well-established leader.

One of the most innovative features of the 458 Speciale is the Side Slip angle Control system (SSC) which makes it easier to achieve car control on the limit, thereby greatly improving driving emotions. Thanks to the development of an accurate new algorithm SSC performs instant-to-instant analysis of the car’s side slip, comparing it with the target value and then optimising both torque management (via integration with F1- Trac traction control) and torque distribution between the two wheels (via integration with the E-Diff electronic differential). 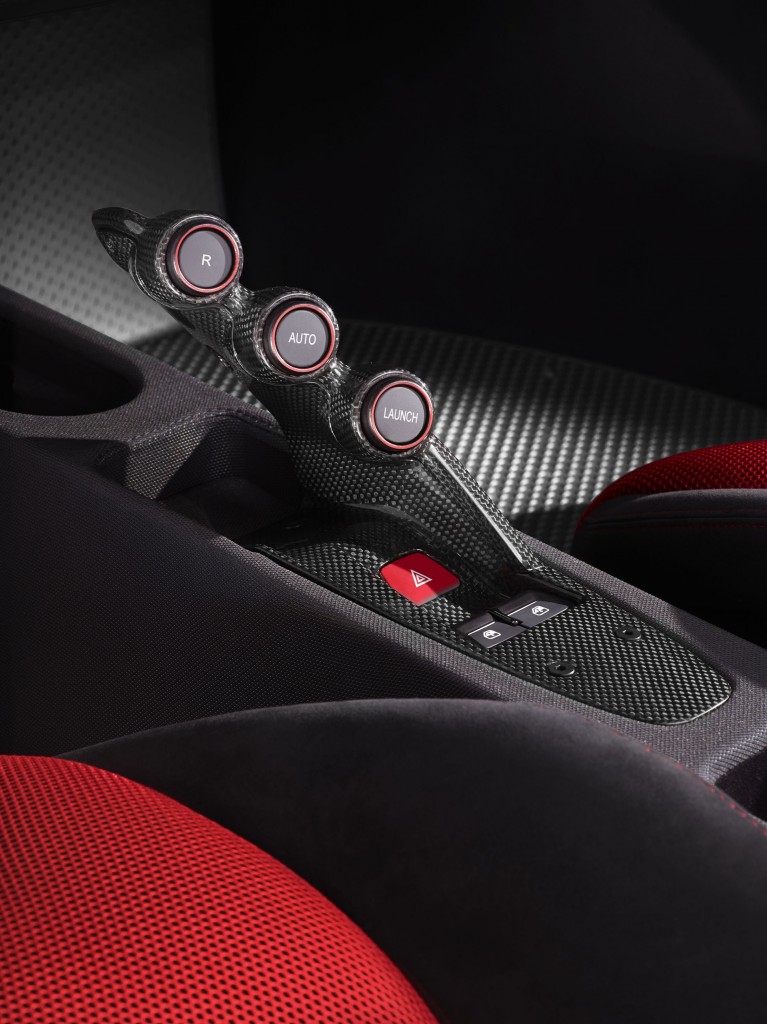 Part and parcel of the car’s development included Michelin Pilot Sport Cup2 tyres which were specifically honed for it in an intensive collaboration programme involving, amongst other factors, numerous track test and simulator sessions. Conceived for the 458 Speciale, they boost performance over a single lap in the dry as well as improving performance consistency in subsequent laps. They also allow the car to avail of maximum available grip in the wet.

The above-mentioned technical content has improved the 458 Speciale’s single lap time and also delivers repeatability of that performance on subsequent laps that is absolutely unprecedented for a car not designed exclusively for track use. The result is that the 458 Speciale has the fastest response time (0.060 s) and highest lateral acceleration (1.33 g) ever achieved by a car in the Prancing Horse range.

The 458 Speciale will receive its public world debut at the Frankfurt International Motor Show in September. 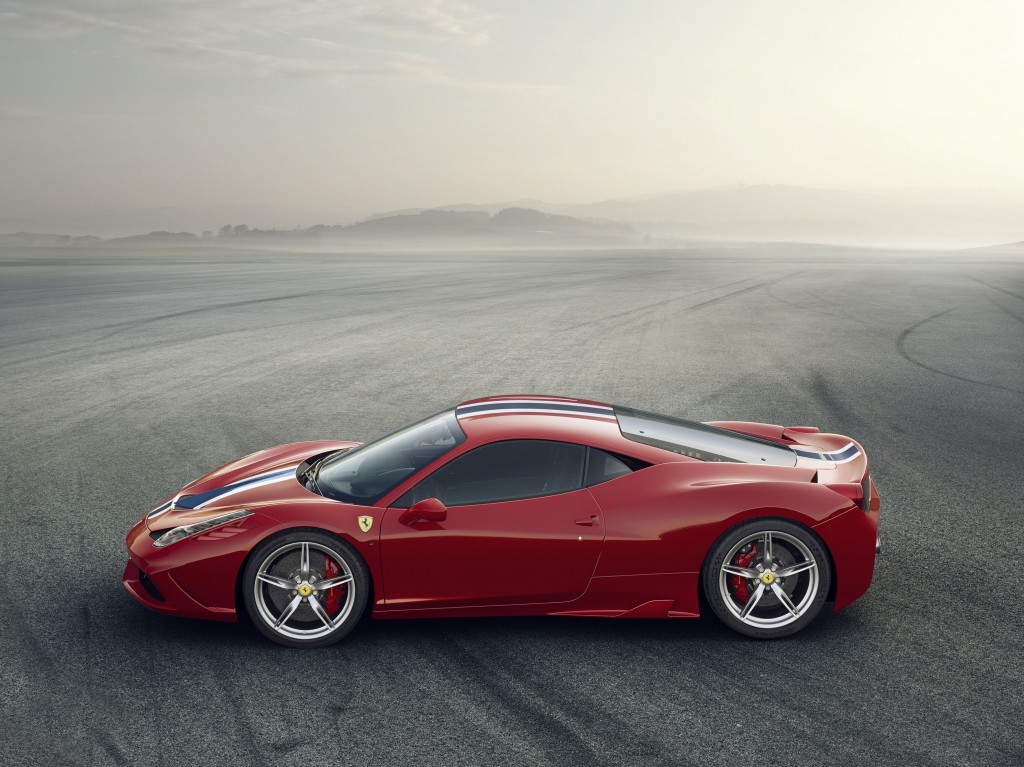 Well, what do you think?  We think it’s amazing and yes I’m going to try like mad to get a test drive and I’m starting to save now!