The latest chapter in the story of McLaren Automotive, the McLaren P1™, made a brief appearance this morning at the McLaren Technology Centre, driven by none other than 2009 Formula 1 World Champion Jenson Button. This formed part of the launch event for the Vodafone McLaren Mercedes 2013 Formula 1™ challenger, the MP4-28.

Vodafone McLaren Mercedes driver Sergio ‘Checo’ Perez arrived at the event in a 12C Spider finished in heritage McLaren Orange, while his teammate followed closely behind in a camouflaged XP prototype version of the McLaren P1™. These two models brought proceedings fully up-to-date as they joined a spectacular grid of racing cars showcasing the brand’s history, and kicked off a year of 50th anniversary celebrations. 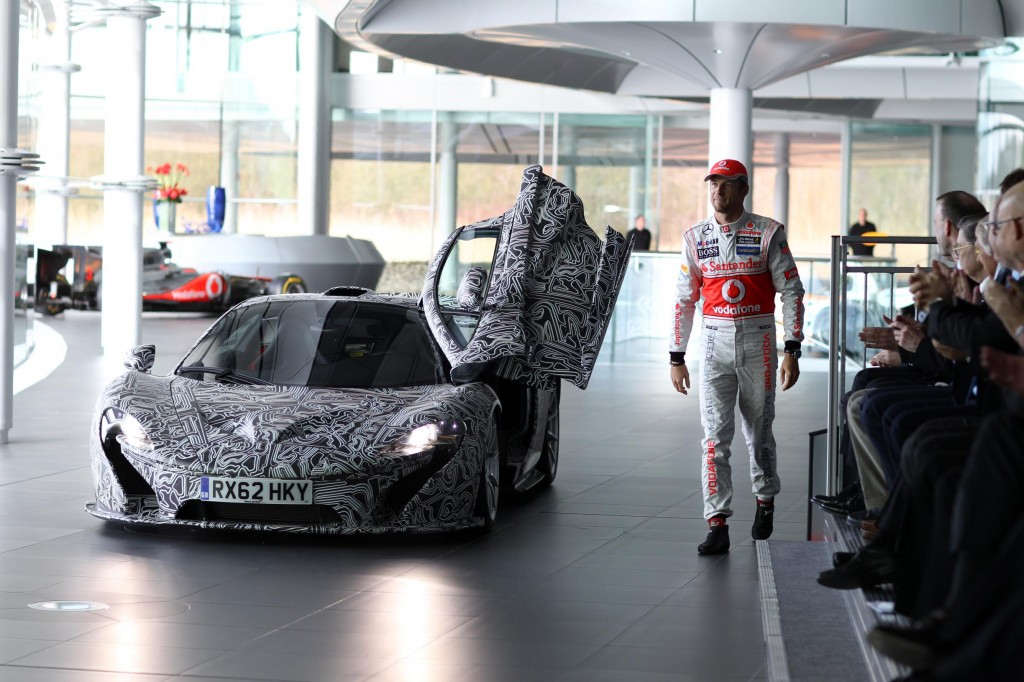 The parade brought to life a string of race and championship-winning McLarens from across the decades, including 1970s M8D CanAm sportscar, Emerson Fittipaldi’s iconic 1974 M23, Ayrton Senna’s dominant 1988 MP4/4, our 1995 Le Mans-winning F1 GTR, Mika Hakkinen’s MP4-13 car from 1998, and the most recent championship winning car to wear the McLaren badge, the MP4-23 from 2008.