The first of three specially commissioned short films went live this week, depicting the McLaren brand in a way never seen before as part of its 50th anniversary celebrations.

Instead of focusing on the high-tech, high-octane world of the Vodafone McLaren Mercedes Formula 1 team, or even the Group’s new Automotive division and its groundbreaking 12C and McLaren P1™, the short film sheds light on McLaren’s very human back-story – namely that of Bruce McLaren, who founded his racing team five decades ago. 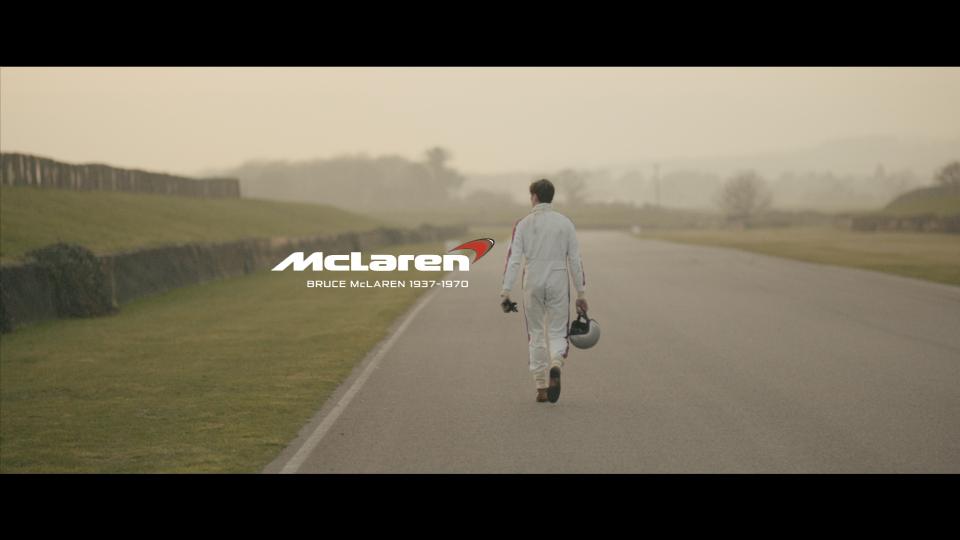 Directed sensitively by Marcus Söderlund, a leading music-video maker from Sweden, the short film forms part one of the 50th anniversary trilogy following the ghost of Bruce McLaren as he retraces the scene of his crash at the Goodwood circuit in 1970 – the crash that took his life at the tragically young age of 32. Shot in Söderlund’s trademark, dreamlike state, it is accompanied by a spine-tingling Bruce McLaren monologue, ending poignantly with the words:

“…What might be seen as a tragic end was in fact a beginning. As I always said, to do something well is so worthwhile that to die trying to do it better cannot be foolhardy. Indeed, life is not measured in years alone but in achievement…”

Marcus Söderlund said: “This is Bruce McLaren’s film. I love that Bruce McLaren is revisiting his crash-site, like an angel from a Frank Capra movie.  The script for this film made me shiver and I wanted to recreate that feeling. I wanted to fill the film with emotions. I am obsessed with gestures. These things that reveal who we are and the physical spaces that we inhabit. Films can change the way you look at the world by showing you how another person sees it.  This is how I imagine that Bruce McLaren looked at the world.”

Ron Dennis CBE, executive chairman, McLaren Group and McLaren Automotive, added: “McLaren’s history is long and storied, but McLaren’s legacy is harder to define – and that’s because it’s still being vividly written every day by the dedicated men and women who work at the McLaren Technology Centre.

“Bruce McLaren wrote the beginning of the story, and the legend is going to continue for many years to come. I’m only a chapter, not the book, and I want other people to come in and write their own chapters as time goes by. This is a book that’s still being written, and that, perhaps, is the greatest legacy of McLaren.”

It’s a wonderfully shot short film and gives a small insight into the man, the company ethos.  Hope you enjoy.

Parts two and three of the McLaren short film trilogy will be released in due course and promoted, like part one, via www.mclaren.com and virally through the official McLaren Automotive YouTube channel – and their Facebook page.