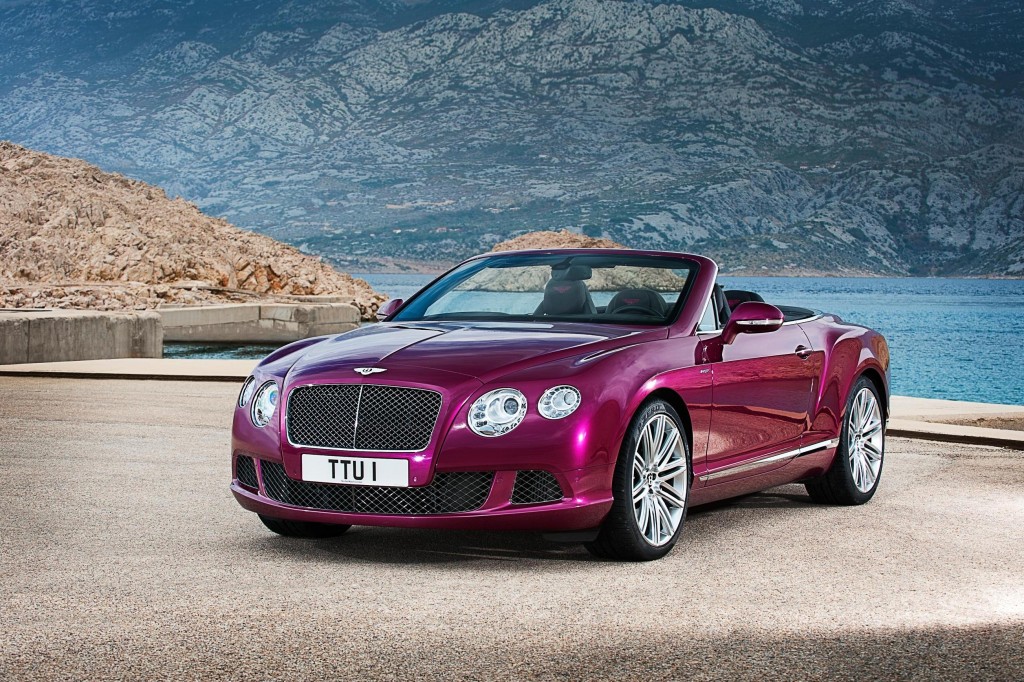 The new GT Speed Convertible combines the sensory pleasures of roof-down luxury touring with the shattering performance of a 625 PS (616 BHP) twin-turbocharged 6.0 litre W12, while delivering a fifteen per cent improvement in fuel efficiency.

Taking its place at the pinnacle of the Bentley Continental range, the new GT Speed Convertible does 0-60 mph in 4.1 seconds (0-100 km/h in 4.4 s.) and onto a top speed of 202 mph (325 km/h). Nought to 100 mph (160 km/h) is despatched in only 9.7 seconds. Peak torque – an impressive 800 Nm (590 lb.ft) – is reached at just 2000 revs/min and maintains that level through to 5000 revs/min for effortless, refined performance at all times.  Plus in true Bentley style, no compromises have been made in craftsmanship, luxury or refinement to deliver this unrivalled performance.

Commenting on the new Continental GT Speed Convertible, Bentley Chairman and Chief Executive Dr Wolfgang Schreiber said:  “Following the recent successful introduction of the GT Speed, the new GT Speed Convertible will appeal to drivers who seek the sensory thrills of the world’s fastest four-seat soft-top and the practicality of a year-round grand tourer, together with unrivalled levels of luxury and refinement. It is designed for those who accept no compromise.” 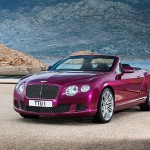 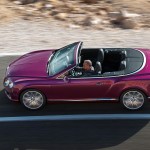 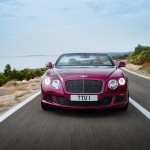 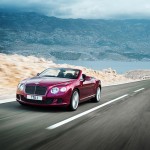 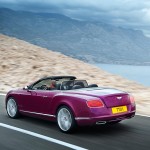 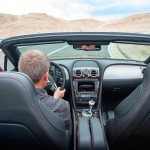 Not sure about the colour, but no doubt it’s a very desirable car.  What do you think?