Jaguar officially revealed the all-new F-Type at an exclusive event in the gardens of the Musée Rodin Museum in Paris. 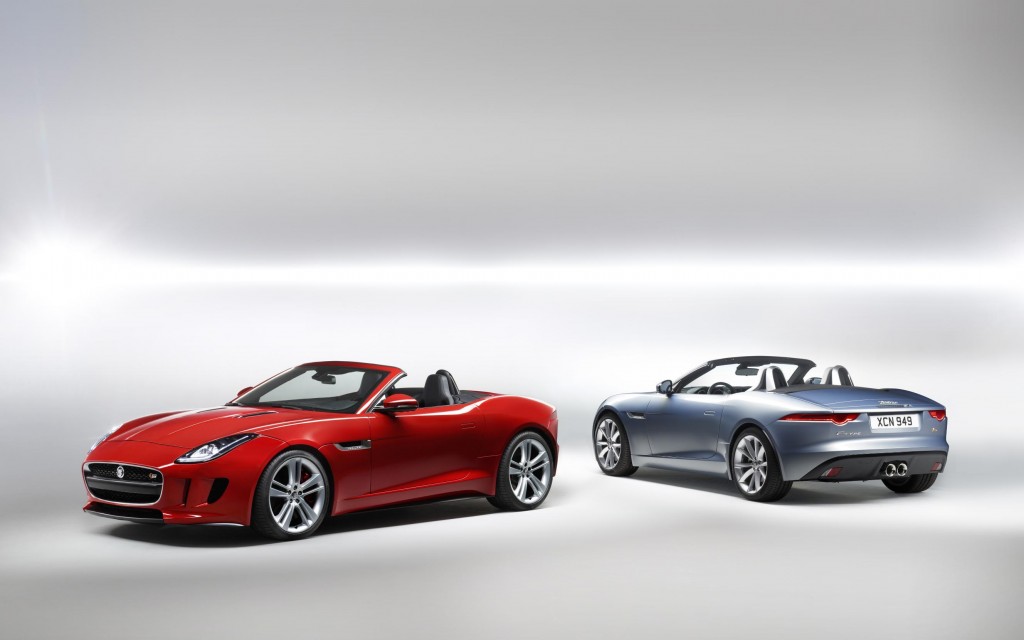 The two-seater, convertible sports car represents a return to the company’s heartland, focusing on performance, agility and driver involvement. The F-TYPE is a continuation of a sporting bloodline stretching back more than 75 years. It encompasses some of the most beautiful, thrilling and desirable cars ever built.

Adrian Hallmark, Global Brand Director, Jaguar said: “Jaguar is a founder member of the sports car segment with a rich sporting bloodline stretching over 75 years, and in the F-TYPE we’ve reignited that flame. The F-TYPE isn’t designed to be like anyone else’s sports car. It’s a Jaguar sports car – ultra-precise, powerful, sensual and, most of all, it feels alive.”

Three variants will be available at launch – F-Type, F-Type S and F-Type V8 S. Each is distinguished by the power output of its supercharged petrol engine with all engines featuring stop/start technology to maximise efficiency. 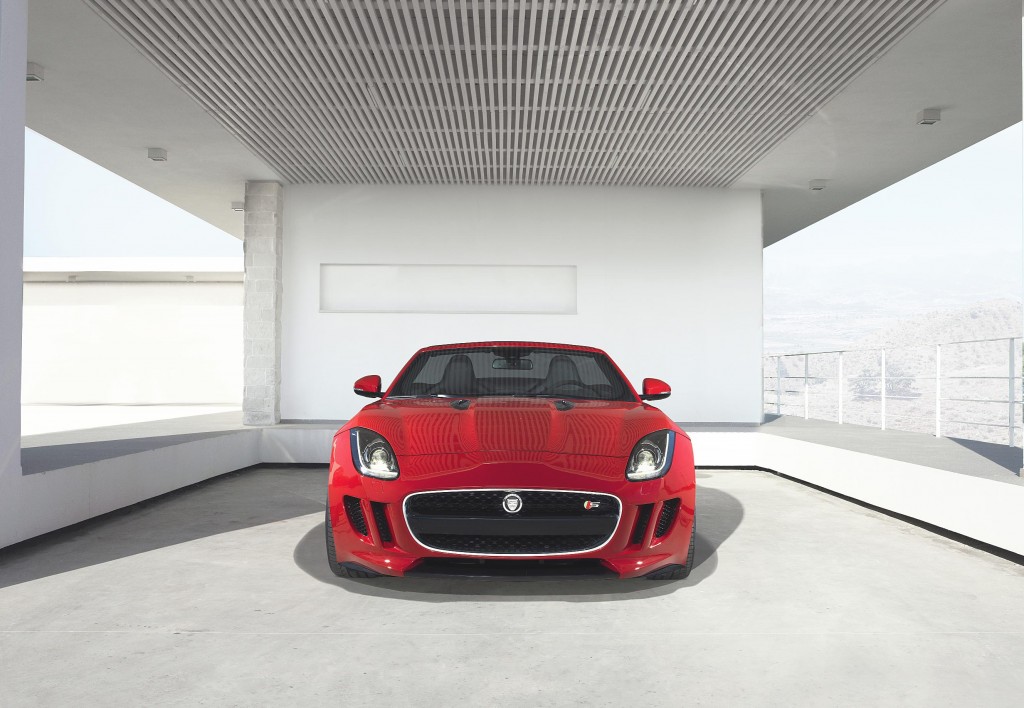 A new 3.0-litre V6, developed from Jaguar’s highly acclaimed 5.0-litre V8, is available in either 340PS or 380PS variants, powering the F-TYPE and F-TYPE S respectively.

An active exhaust system, which is standard on the S and V8 S models, adds another dimension of driver-engagement. Valves in the exhaust system open under load from 3000rpm which allows the exhaust note to build to a thrilling crescendo at the redline. 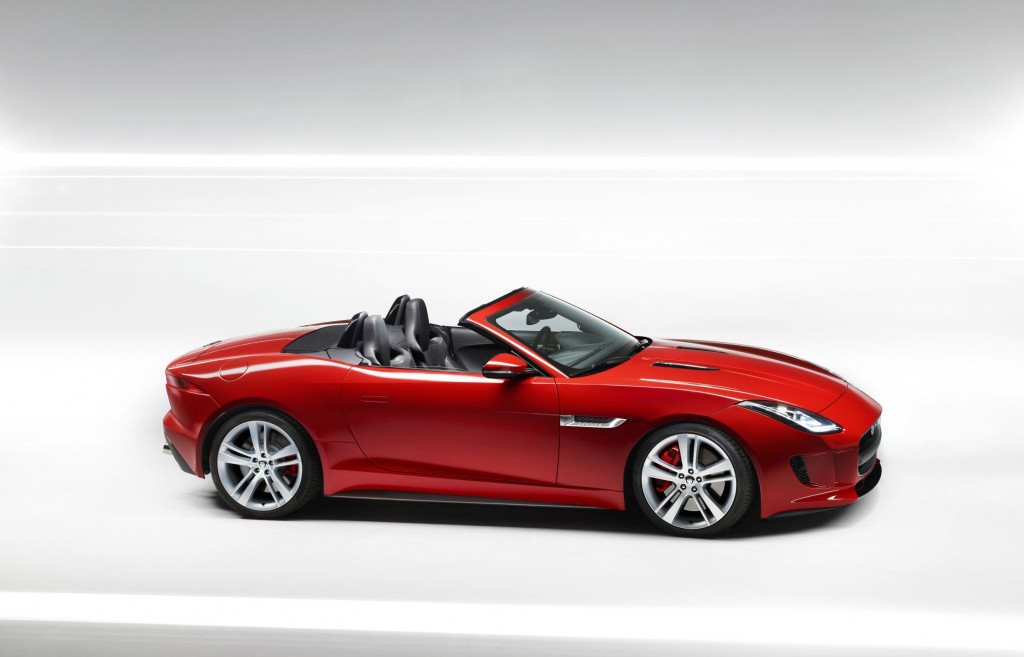 The F-TYPE has a set of eight closely-spaced, sporting ratios in its Quickshift transmission, giving greater driver control. The V6-powered S model also includes a Dynamic Launch feature, which optimises acceleration from rest.

The company’s eye to the future is encapsulated in the assertive design language that deliberately challenges preconceptions. Jaguars have always defined sinuous, muscular simplicity and the F-TYPE is no exception, its shape being defined by two ‘heartlines’ forming the front and rear wings.

Ian Callum, Director of Design, Jaguar said: “A piece of design should tell a story and this is why every line in the F-TYPE has a start, a direction and a conclusion. If you approach every line individually and get it as aesthetically correct as possible, get the dimensions right, it will stand the test of time.” 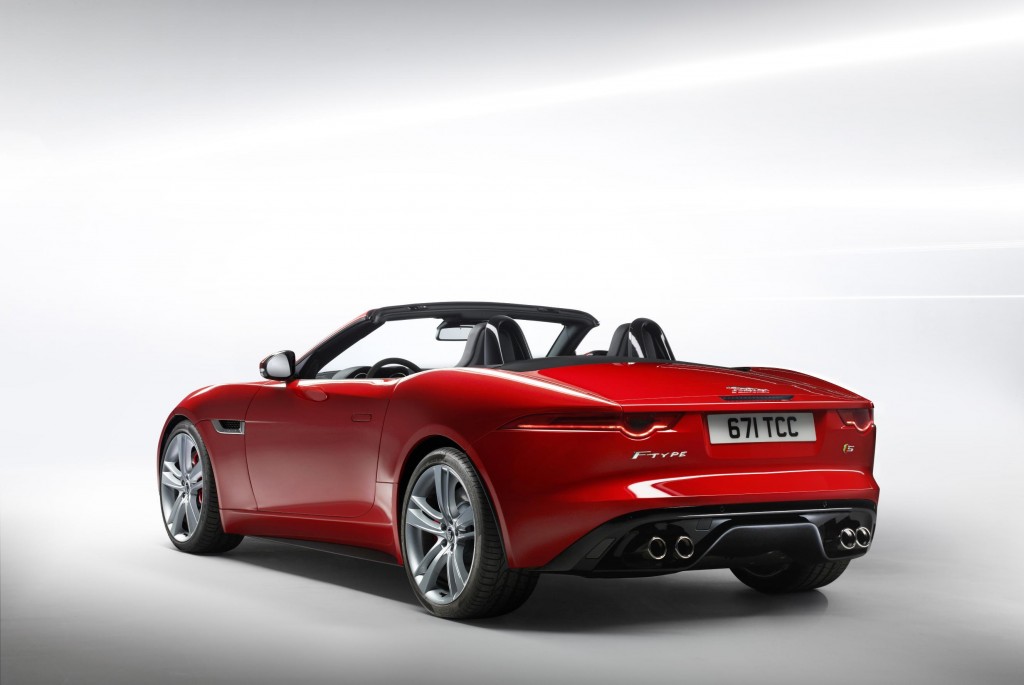 Taking inspiration from the C-X16 concept unveiled in 2011, the front of the F-TYPE features a new interpretation of the bold angular Jaguar grille from which flows the muscular clamshell bonnet with its signature ‘power bulge’. The all important heartline begins its journey in the blade dissecting the shark-like gills on either side of the grille before leading the eye to the top of the front wing, emphasised by the bi-xenon headlamp and integral LED daytime running lights, into the door and towards the rear of the car where it gracefully disappears.

Its journey is taken up at this point by the second heartline which swells out to form the muscular rear haunch before sweeping dramatically around the sensual low tail, made possible by the inclusion of an active rear spoiler which deploys at speed to reduce lift by up to 120kg. Full LED rear lamps create a new Jaguar sports car signature by reinterpreting classic cues from the past and, by wrapping around to the trailing edge of the rear wheel arch, emphasise the powerful stance of the car and its rear-wheel drive sporting potential.

The focus on driver involvement and sporting performance in the F-TYPE is emphasised by the ‘one plus one’ layout of the asymmetric cabin. This is evidenced by the grab handle which sweeps down the centre console on the passenger side, delineating it from the driver’s position. Further differentiation is provided by the use of different trim materials either side of the cabin, with a more technical finish on the driver’s side.

Taking inspiration from cockpits of fighter airplanes, the controls are ergonomically grouped by function. Further aeronautical inspiration can be found in the joystick-shaped Sport Shift selector controlling the eight-speed transmission. The air vents on top of the dashboard will only deploy when instructed to by either the driver or complex control algorithms, staying tucked discreetly out of sight in other circumstances.

Ian Hoban, Vehicle Line Director, Jaguar said: “With the F-TYPE, the Jaguar engineering team focused on delivering greater dynamic driving reward than ever before. To make that a reality, every engineer has had very tough targets to hit: every one of those targets has been met and, in many cases, exceeded, making the F-TYPE a car that delivers precisely the key sporting attributes that we intended.” 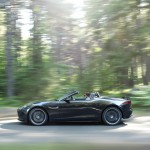 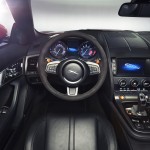 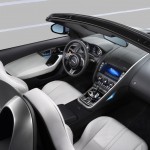 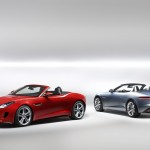 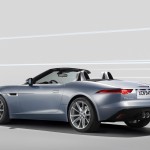 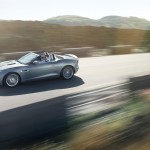 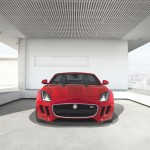 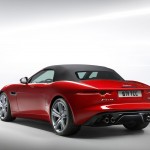 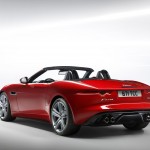 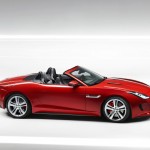 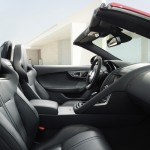