Auto Union Grand Prix cars join spectacular parade at the Goodwood Revival this weekend and boy am I excited about this and the event in general.

In honour of racing legend Bernd Rosemeyer, Audi Tradition, the brand’s heritage division, will bring four Auto Union Silver Arrow cars to the Goodwood Revival (September 14 to 16) in West Sussex. Over the three days, renowned drivers will be demonstrating the impressive technology of the historic racing cars. Behind the wheel for the demo runs will be Formula 1 legend Jacky Ickx, five-time Le Mans winner Frank Biela and Pink Floyd drummer Nick Mason.  Audi Tradition will also be giving the newly acquired Auto Union Type D Dual Compressor (below) its first official outing at the prestigious event. 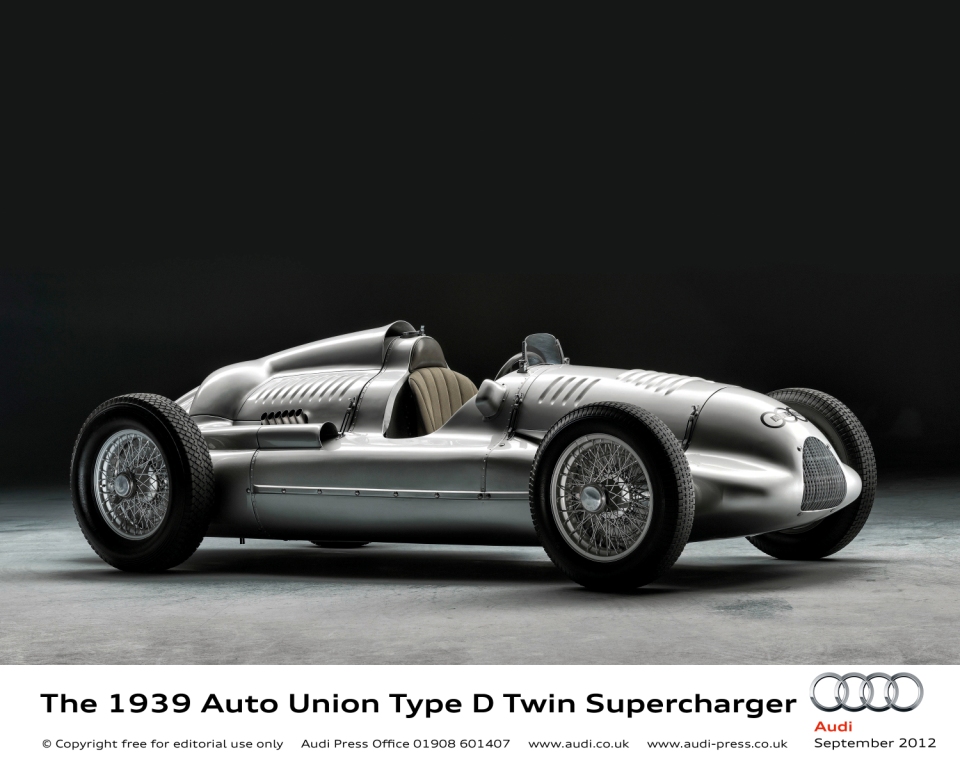 75 years ago – in October 1937 – the great Auto Union driver won his last Grand Prix in England. Just three months later, Rosemeyer was killed during a record-breaking attempt.  To mark his victory in the very first British Grand Prix, Audi Tradition is putting on a remarkable parade of Silver Arrow cars at the Goodwood Revival. Goodwood, one of the world’s most prestigious classic motorsport events, will play host to a presentation of the Auto Union models alongside their Mercedes-Benz competitors from the 1930s.  A total of ten Silver Arrow cars are expected (yes 10).  To complement the Audi Tradition cars, there will also be a privately owned replica of an Auto Union Type A from 1934. 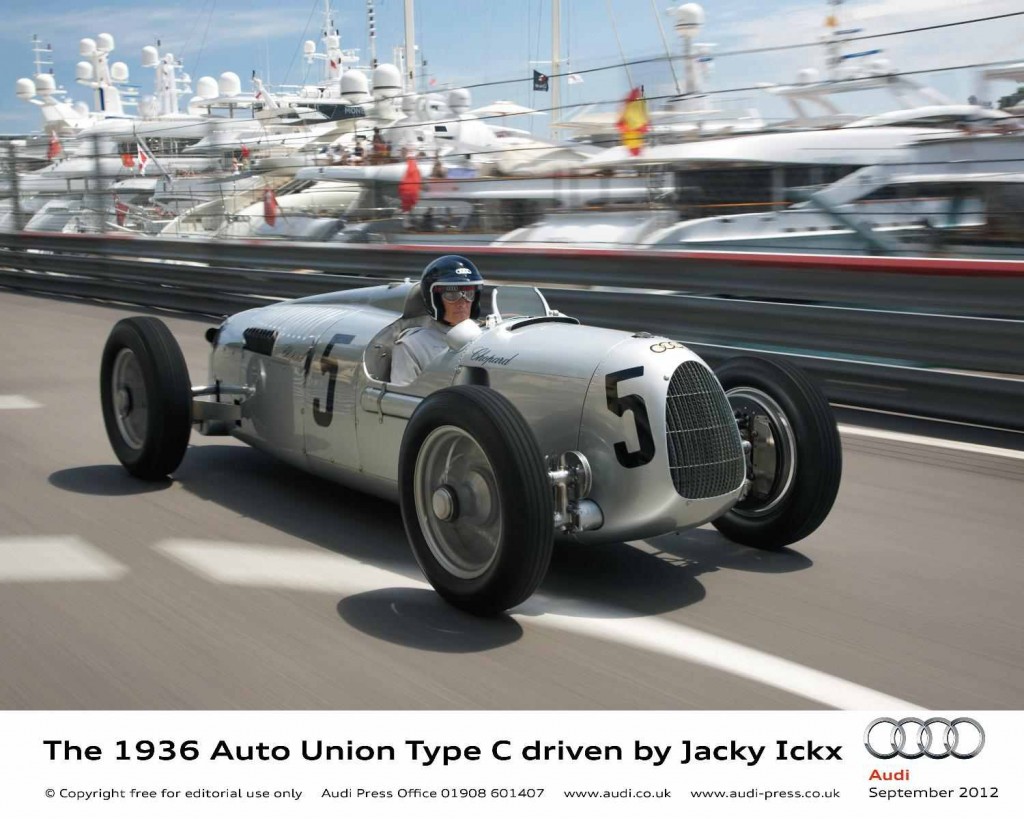 The drivers of the rare Silver Arrow models are also a big draw: Nick Mason, drummer of Pink Floyd fame, is driving for Audi Tradition for the sixth time.  Mason played only recently during the magnificent closing ceremony of the Olympics in London, and is one of the most engaging personalities on the international classic car scene.  No driver is more experienced behind the wheel of these remarkable racing cars, and Audi Tradition is delighted that he is able to participate. Mason, dubbed “the last Auto Union works driver”, is eagerly awaiting the occasion: “When the German Silver Arrows hit Donington 75 years ago, motorsport in England changed for ever. It’s really special to be allowed to drive such a racing car.”

This sentiment is shared by Formula 1 star Jacky Ickx.  In anticipation of appearing at the Goodwood Revival, Ickx, who ranks alongside other racing legends of the 1960s and 1970s such as Sir Jackie Stewart and Emerson Fittipaldi, declared: “It is a privilege to drive these cars.” Audi Tradition’s team of drivers is completed by a representative of Audi’s more recent motor racing history, Frank Biela. Frank has not only won the STC and DTM Championships, but is also one of the true stars of the world-famous Le Mans 24-hour race, with a total of five wins there to his name.

The Silver Arrow models built by Mercedes-Benz and Auto Union dominated the racing scene from 1934 to 1939.  They easily reached speeds in excess of 300km/h (186mph), a figure which remains impressive even in comparison with today’s Formula 1 cars. The esteem in which these models and their drivers were held was based on their superb technology, which was way ahead of its time, and their drivers, whose courage is still a huge inspiration to subsequent generations of drivers.

The legendary Bernd Rosemeyer captured one of the coveted places in the Auto Union cockpit at the age of 25. 1936 was his best season: European Champion, German Champion and German Hill Climb Champion.  Within a year, the young German became the superstar of his age.  While he was unable to retain the European Championship in 1937, he did break the world record.  He became the first man to exceed 400 kilometres per hour (248.5mph) on an ordinary road in the Auto Union Type C Streamliner.  However in 1938, the pursuit of the next record finally proved his undoing.  At a speed of almost 440 kilometres per hour (273mph), his car was caught by a gust of wind and swept it off the road. News of his death caused widespread shock. Auto Union never again took part in record-breaking attempts.

See you at Goodwood Revival, it’s gonna be a good one.  Maybe best ever!