One of the most famous races in British motor sport – the Daily Express International Trophy – is being revived at the 2012 Silverstone Classic powered by the AA (20-22 July 2012). The revered prize will be awarded later this month to the aggregate winner of the two Grand Prix Masters races staged at this summer’s running of the World’s biggest classic motor racing festival.

First run in 1949, the Daily Express International Trophy quickly established itself as one the world’s foremost non-championship Formula One races and was staged annually at Silverstone.

The expansion of the FIA Formula 1 World Championship Grand Prix schedule in the late Seventies resulted in the demise of non-championship F1 races. Keke Rosberg won the final contest held for Formula 1 cars in 1978.

Such was the pedigree of the Daily Express International Trophy, though, that it remained one of the highlights on the British motor calendar well into the 21st Century, first as a race for Formula Two cars and thereafter for Formula 3000. The race’s continuation gave a new generation of top class drivers such as Derek Warwick, Allan McNish, Tom Kristensen, Juan Pablo Montoya and Mark Webber a chance to add their names to the impressive list of winners.

“The Daily Express International Trophy was one of the great events, not only in UK, but also in world motor sport and we are thrilled to be re-introducing this prestigious title at this year’s Silverstone Classic,” said Ian Parrott, Group Managing Editor at Express Newspapers. “You only have to look at the fantastic record of those who’ve won this race in the past to understand the amazing legacy surrounding the Daily Express International Trophy. Today the Silverstone Classic is all about celebrating the very best of motor sport history and thus provides us at the Daily Express with the perfect opportunity to honour some of our own sporting heritage as well as renewing our famous association with Silverstone.”

Indeed, with more than 100 Formula One cars from bygone eras competing at the Silverstone Classic, many of the F1 cars in action at the event will have competed in – and indeed won – the original Daily Express International Trophy races.

The Historic Grand Prix Cars Association provides two spectacular grids. The first for Pre-1961 Grand Prix Cars features an incredible line up of fabulous machines from the front-engined age ranging from the legendary ERAs of the Thirties and Maserati 250F‘s of the Fifties to the BRM’s, Ferrari‘s and Lotuses that dominated just before the advent of rear-engined F1 epoch. 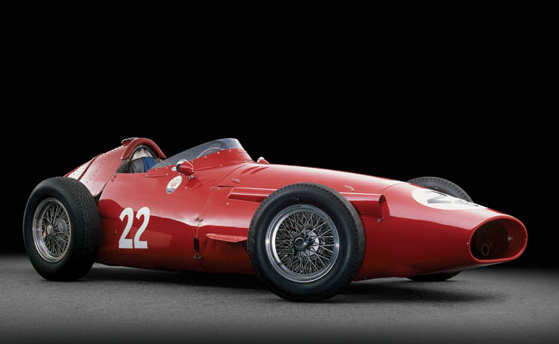 The following generation with engines mounted behind the driver is highlighted by the second of the HGPCA grids for Pre-1966 Grand Prix Cars. The entry includes a fabled collection of BRMs, Coopers, Lolas and Lotus once raced by legends such as Stirling Moss, Jack Brabham and Jim Clark. Indeed the very Lotus-Climax 25 in which Clark won seven grands prix – and the Daily Express International Trophy – en route to his first World Championship in 1963 is among the priceless cars turning back the clocks at the Silverstone Classic.

Fittingly, though, it’s the aggregate winner of the weekend’s two Grand Prix Masters races who will receive the Daily Express International Trophy. Run for Formula 1 cars from the epic Ford DFV era, these grids put the focus on the machines largely from the Seventies and early Eighties. This year’s line up embraces a superb array of single-seaters representing teams such as Arrows, Ensign, Ferrari, Lotus, McLaren, Penske and Williams as well as two revolutionary six-wheeled F1 cars from March and Tyrrell. Adding to the magic, all entrants will race in period liveries – including tobacco sponsorship where appropriate.

“We are delighted that the Daily Express is rekindling such a fine Silverstone tradition by re-introducing such a revered part of British motor sport history,” said Nick Wigley, event director of the Silverstone Classic. “For so many of us the Grand Prix Masters races always evoke such strong memories – doubly so now that they will be competing for one of the most illustrious prizes in F1 history, the Daily Express International Trophy.”

The pair of Daily Express International Trophy for Grand Prix Masters races are scheduled for 1.20pm on Saturday 21 July and 2.20pm on Sunday 22 July. Points will be awarded by the traditional 9-6-4-3-2-1 scoring system as employed in F1 between 1961 and 1990 with the aggregate victor being presented with the prestigious piece of silverware.

You’ve missed out on our competition where we give away 5 pairs of tickets.  So if you want to go to this wonderful Classic Car Show, you’ll have to buy tickets.  Adult tickets for 2012’s Silverstone Classic powered by the AA (20-22 July 2012) cost from as little as £35 and special two- and three-day weekend tickets are also available with savings of up to 20 per cent if purchased in advance. Full details are available via the event’s official www.silverstoneclassic.com website.