The Ferrari 599XX Evolution was unveiled at the Bologna Motor Show with even faster track results than the previous 599XX. It can lap the Fiorano test track in 1:15, 1 second faster than the 599XX and 11 seconds quicker than the road car! 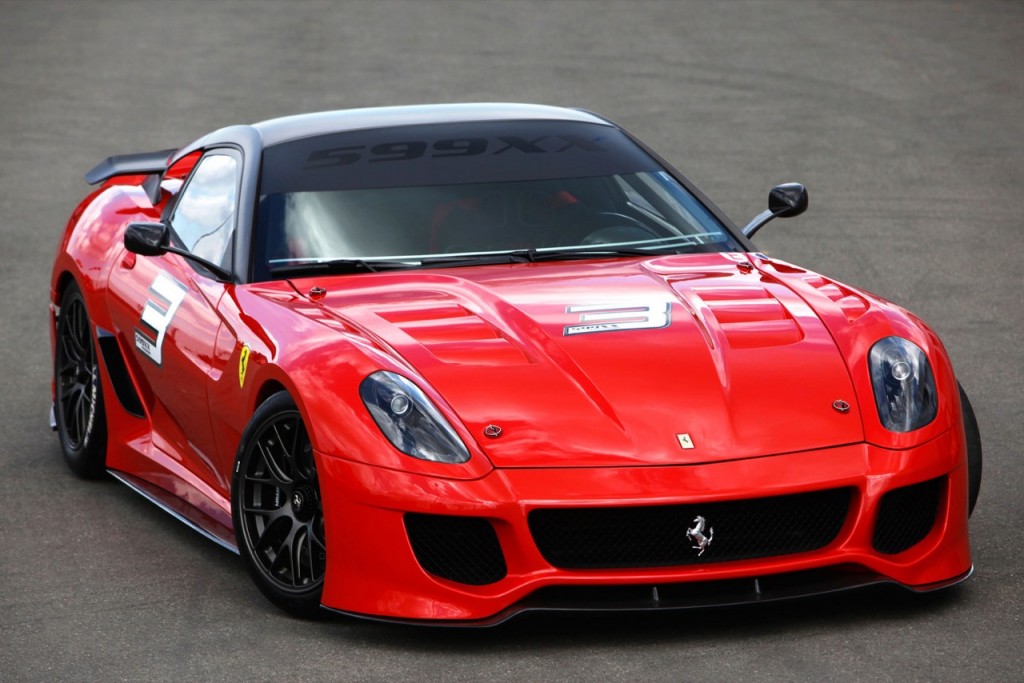 However, this is a track car and only even rarer people can purchase this car.  The 599XX Evolution has a maximum output of 740bhp!

The Evolution features a F1 derived rear wing, where two flaps rotate forward and back depending on the current speed and steering input of the car, derived from Maranello’s F1 programme.