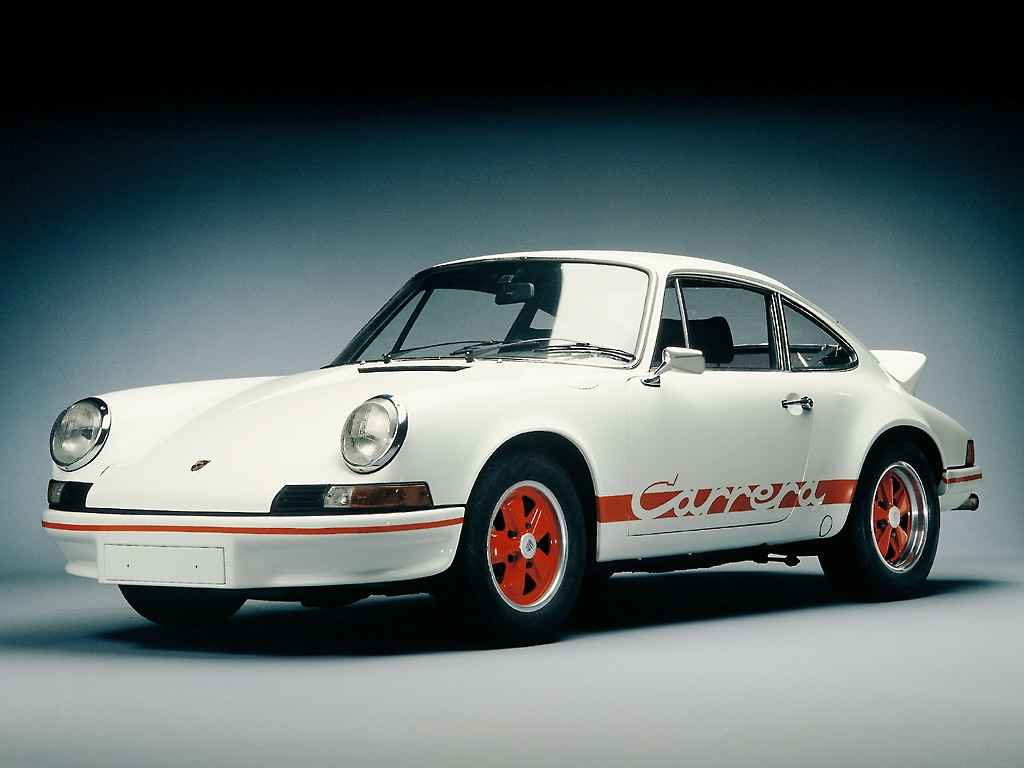 Now, I’m not a massive Porsche fan, especially after the Cayenne and the Panamera (Elephant man of a car).  Porsche is a sports car company and should take on Ferrari with its sports car range, not build cars for everyone, what next a city car, a hot hatch!

Porsche is probably best known for the 911, which without doubt is the most successful sports car model of all time.  One of the very best 911’s and best driver’s cars is the Porsche 911 RS 2.7.  Why?  Well, this 911 is involving and high in purity, more so than the newer versions that have come after it.

One of the best things about the Carrera RS (RS for Rennsport) is that it will work for you, but also demands plenty of driver input.  Driving the Carrera RS you really feel you are contributing, and involvement is what great sports cars are all about.

Even the Porsche factory engineers have conceded, off the record (off course), that Porsche has never built a better 911 than the 2.7 litle Carrera RS.

The Carrera RS  was developed for Group 3 homolgation, which required a production run of 500 units, but Porsche’s marketing department was skeptical that enthusiasts would pay a premium for a back-to-basics 911.  They couldn’t have been more wrong and the first run was sold out before the car’s official launch in September 1972.  As a result, production continued until July 1973, with 1580 cars built.

In conclusion, if you buy cars for pure driving pleasure, the Porsche 911 RS 2.7 is up there as one of the very best drivers’ cars.  If you want your car purchase to appreciate, well these cars have been getting more expensive for some time, and are likely to continue, so if you car afford one, buy one.