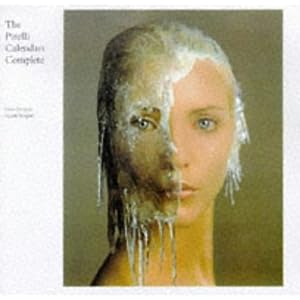 The Pirelli Calendar has adorned the walls of every self-respecting car mechanic since its inception in 1964. Ever since, it has courted controversy with its fixation on naked women, but, in the current climate of post-feminist sexual revisionism, Thames and Hudson have seen fit to produce the lavishly illustrated Pirelli Calendars Complete. All 24 previous calendars are included in the 388 illustrations, 363 of which are in colour, which certainly makes this a handsome book.

As for the photography, there are of course some interesting images from the distinguished list of photographers responsible for the Calendars, including Norman Parkinson, Herb Ritts, Terence Donovan and Sarah Moon (the only woman to have overseen a Calendar, in 1972). But rather than transcending their history, these photographs are imprisoned by it. While some of the photographs from the 1960s have an interesting cinematic, snapshot feel, much of the work produced in the 1970s simply looks tacky, whilst Norman Parkinson’s lush but vacuous shoots from the 1980s are a reminder that not everything that glistered at that time was necessarily gold. Ironically, the best shots come from the 1998 Calendar, which features men for the first time. Perhaps the Pirelli Calendar has finally come of age.

This collection features every page of the 24 previous Pirelli calendars between 1964 and 1997, showcasing famous models aswell as male stars from music, art and sport. The book features the work of famous photographers and includes previously unpublished outtakes.

The Pirelli Calendar: 40 Years Complete. What a book!