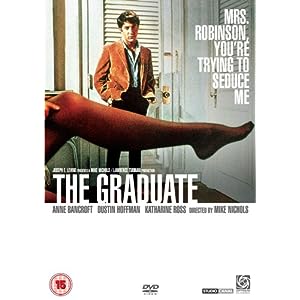 Few films have defined a generation as much as The Graduate did. The alienation, the nonconformity, the intergenerational romance, the blissful Simon and Garfunkel soundtrack–they all served to lob a cultural grenade smack into the middle of 1967 America, ultimately making the film the third most profitable up to that time. Seen from a later perspective, its radical chic has dimmed a bit, yet it’s still a joy to see Dustin Hoffman’s bemused Benjamin and Anne (more…)