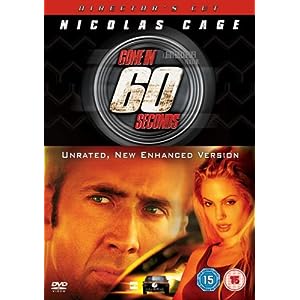 Memphis Raines (Nicholas Cage) is a former car thief who is forced to come out of retirement when his younger brother, Kip (Giovanni Ribisi), is unable to deliver 50 expensive cars to dangerous smuggler Raymond Calitri (Christopher Eccleston). With his brother’s life on the line, Memphis must enlist his old car-stealing partners for help in order to pull off the ultimate crime. His team includes his mentor, Otto (Robert Duvall), and an old flame (Angelina Jolie), plus a (more…)