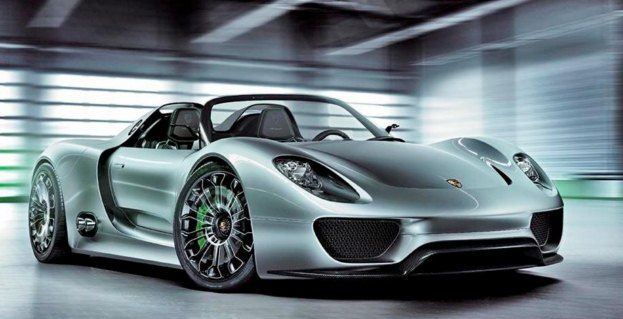 The sporty Porsche 918 Spyder mid-engined sports car with plug-in hybrid – clearly demonstrates not only the great bandwidth of this new drive technology, but also the innovative power of Porsche as a genuine pioneer in hybrid drive. It is the first plug-in hybrid car from Porsche 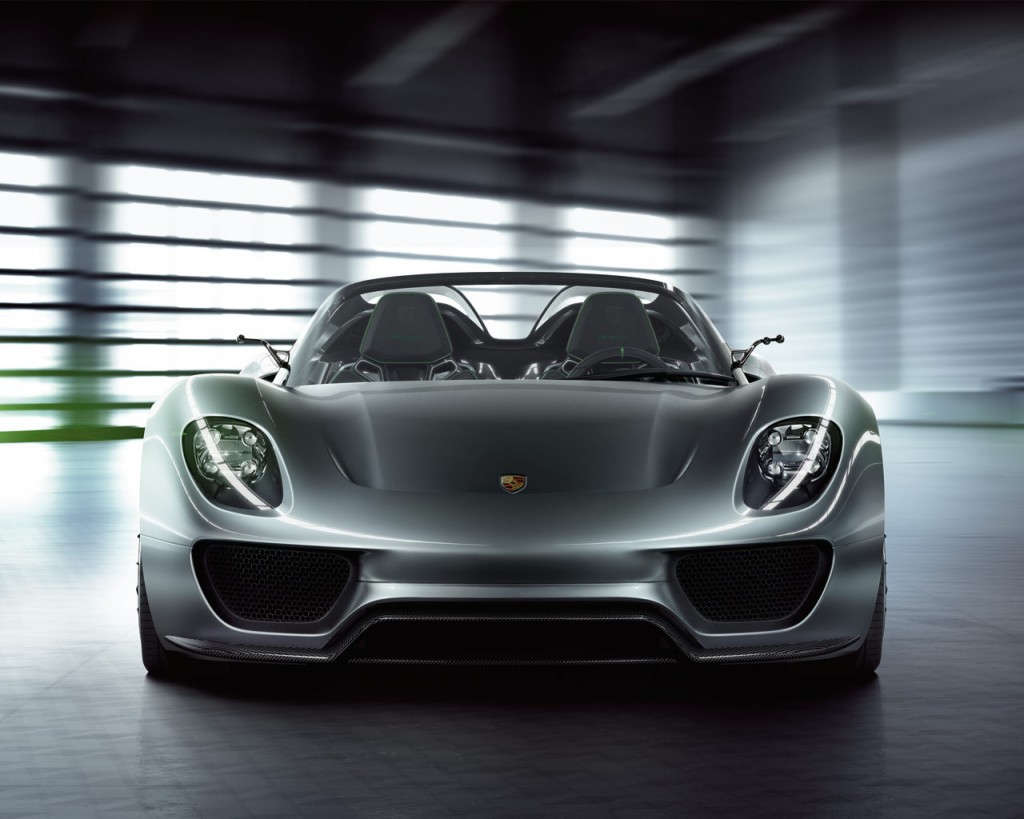 The front-wheel electric drive powers the wheels through a firm transmission ratio. The Sport Hybrid mode uses both drive systems, but with the focus on performance. The hybrid system becomes a push-to-pass system in Race Hybrid mode, helping to boost power for overtaking. 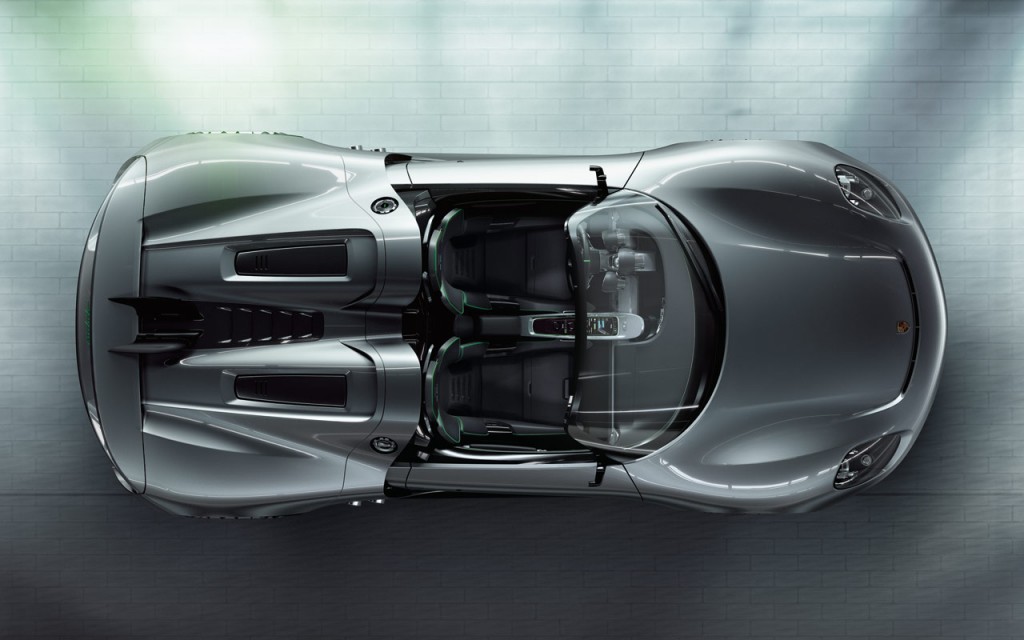 The 3.4 litre V8 engine (500 hp/370 kW) is a development of the engine used in the RS Spyder Le Mans Prototype racing car. This is supplemented by three electric motors delivering an additional 218 horsepower (163 kW). The transmission is a 7-speed gearbox coupled to Porsche’s own (PDK) double clutch system delivering power to the rear axle. 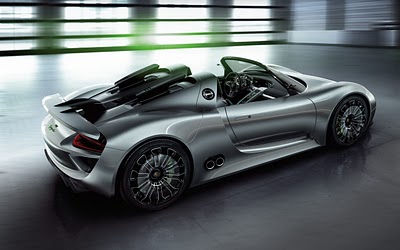 Two electric motors drive the front wheels directly through a fixed ratio while a third electric motor is connected to the transmission and gives additional power to the rear wheels. This gives the 918 Spyder a 0–100 km/h time in just under 3.2 seconds and a top speed of over 320 kilometres per hour (200 mph). 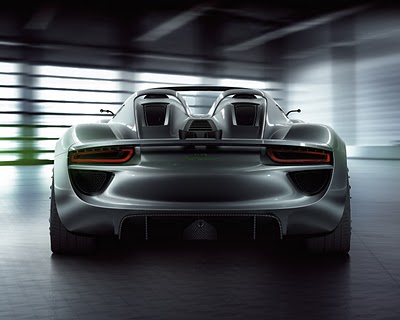 On July 28, 2010, after 2000 declarations of interest, the Supervisory Board of Porsche gave the green light to development the Porsche 918 Spyder. The 918 will be produced in a limited series.  Hopefully a concept car that becomes a reality, we will all have to wait and see. 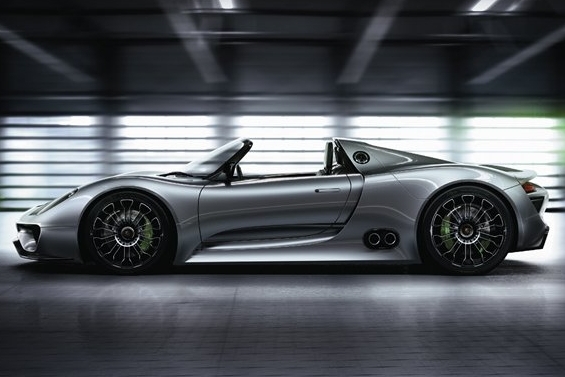