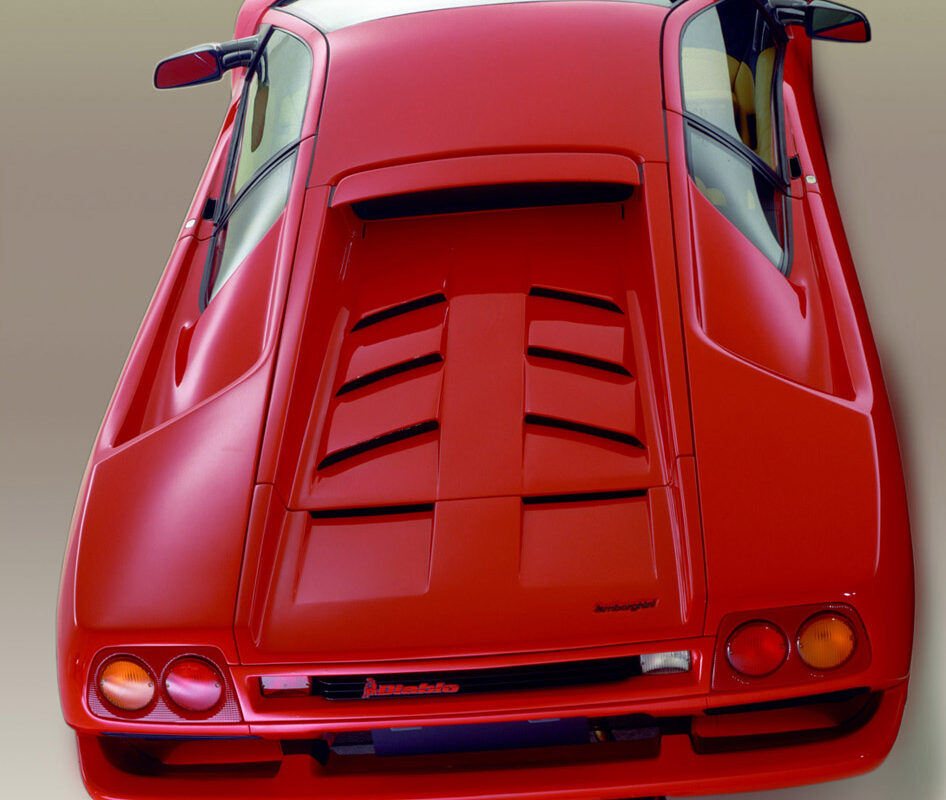 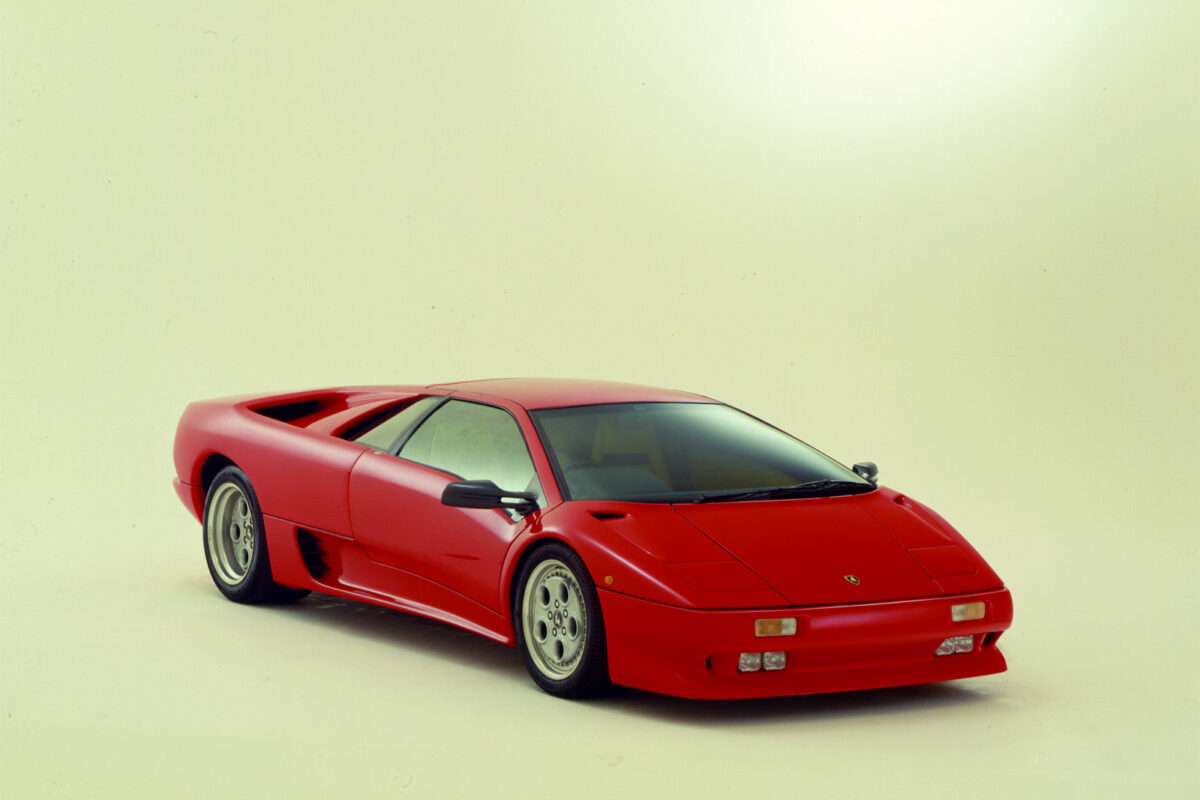 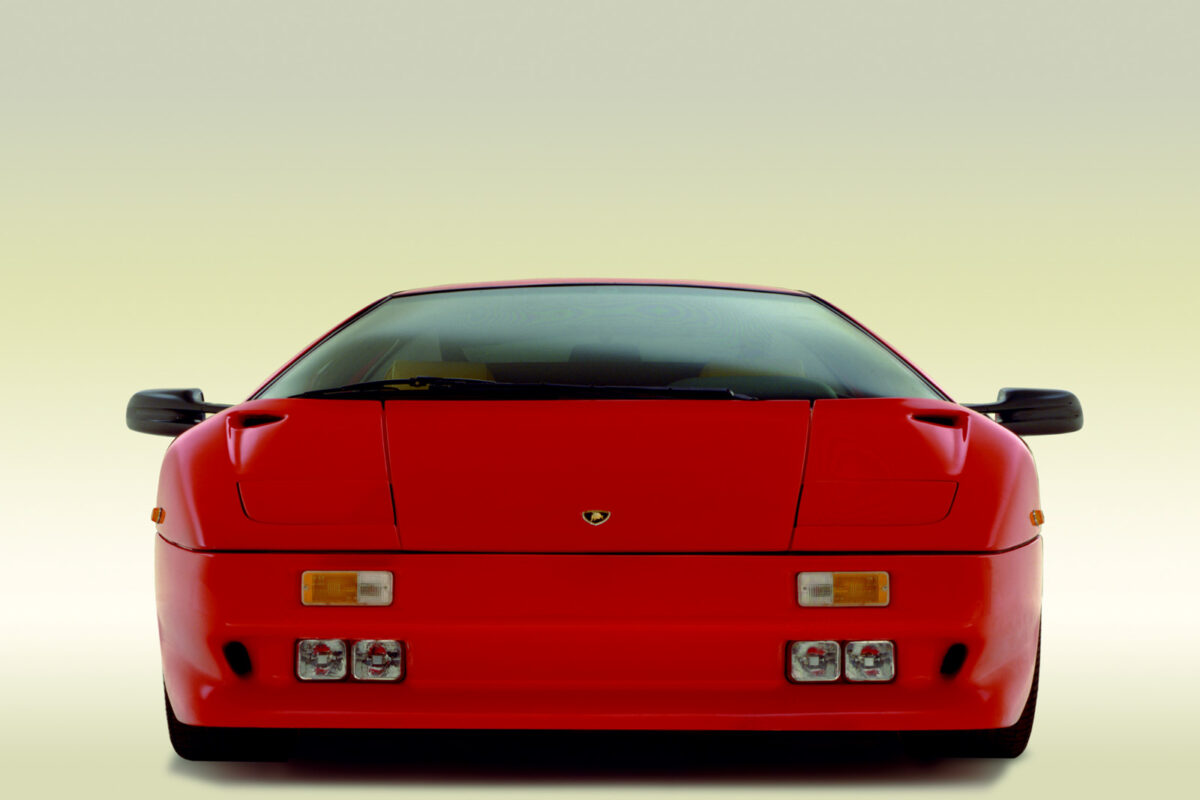 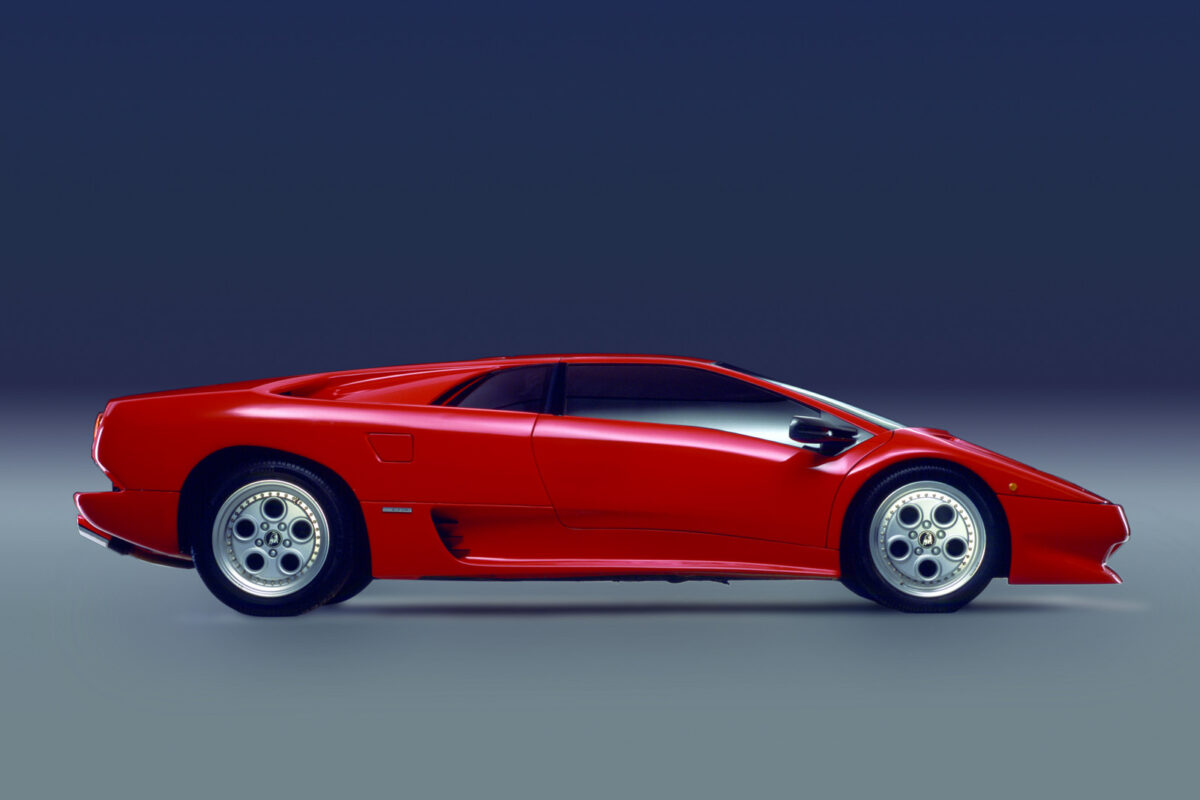 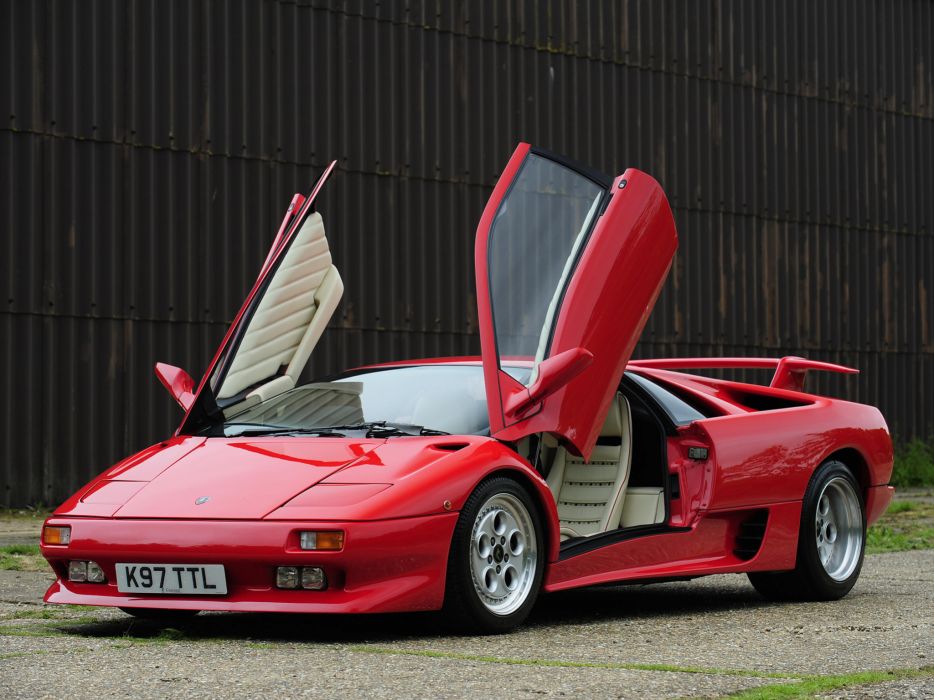 The Lamborghini Diablo was unveiled to the public on January 21, 1990. The Diablo had a tough act to follow. It was a replacement for the Countach, brought up to date, and suitably scaled up for the 1990s.

The Diablo came better equipped than the Countach; standard features included fully adjustable seats and steering wheel, electric windows, an Alpine stereo system, and power steering from 1993 onwards. Anti-lock brakes were not initially available, although they would eventually be used. A few options were available, including a custom-molded driver’s seat, remote CD changer and subwoofer, rear spoiler, factory fitted luggage set (priced at $2,600) and an exclusive Breguet clock for the dash (priced at $10,500).

The original Diablo design was penned by Marcello Gandini (who was also responsible for the Miura and Countach), but following Chrysler’s takeover in 1987 the design was changed, causing problems between the stylist and Lamborghini – and the original car becoming the Cizeta V16T.