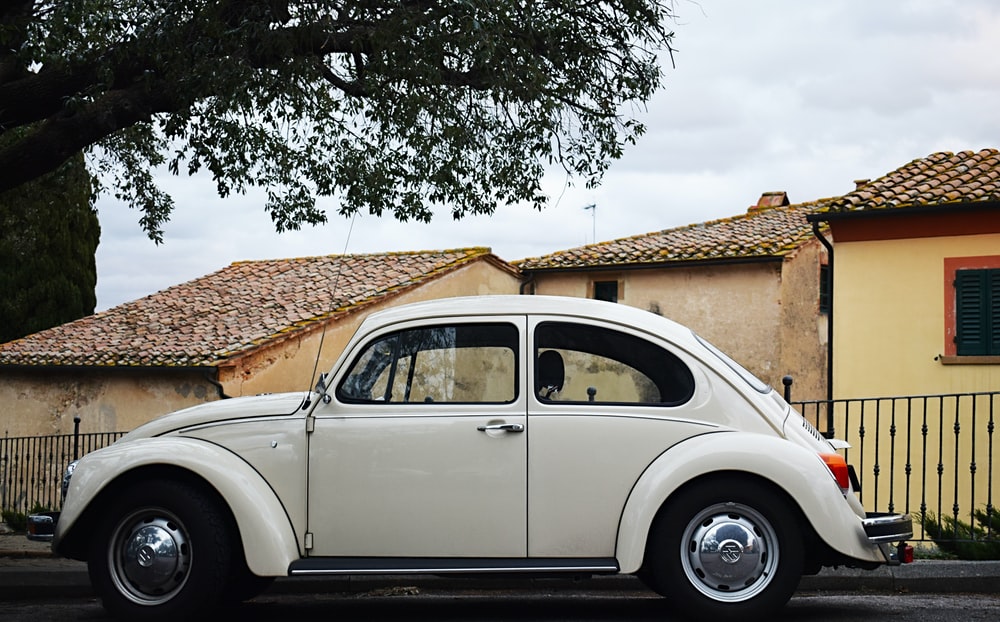 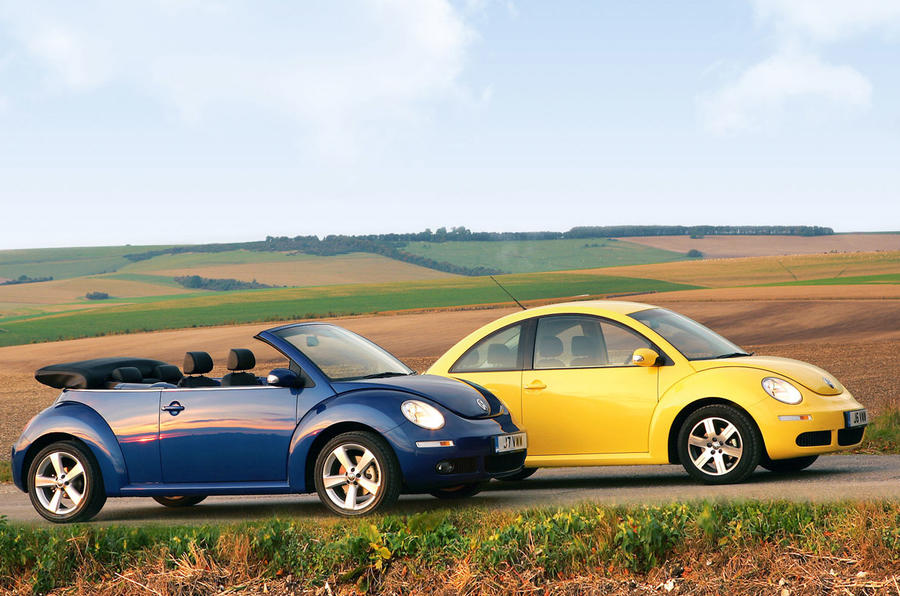 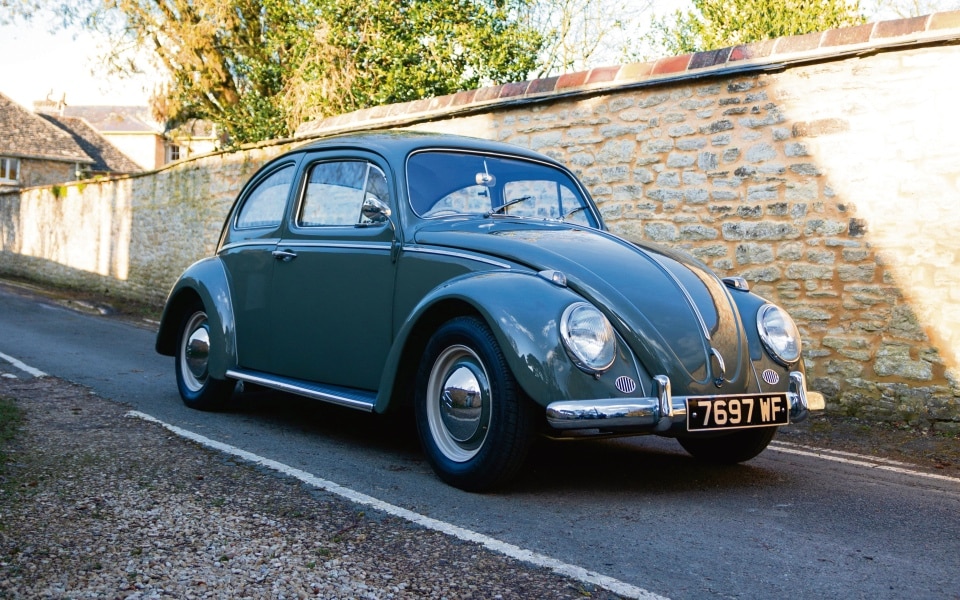 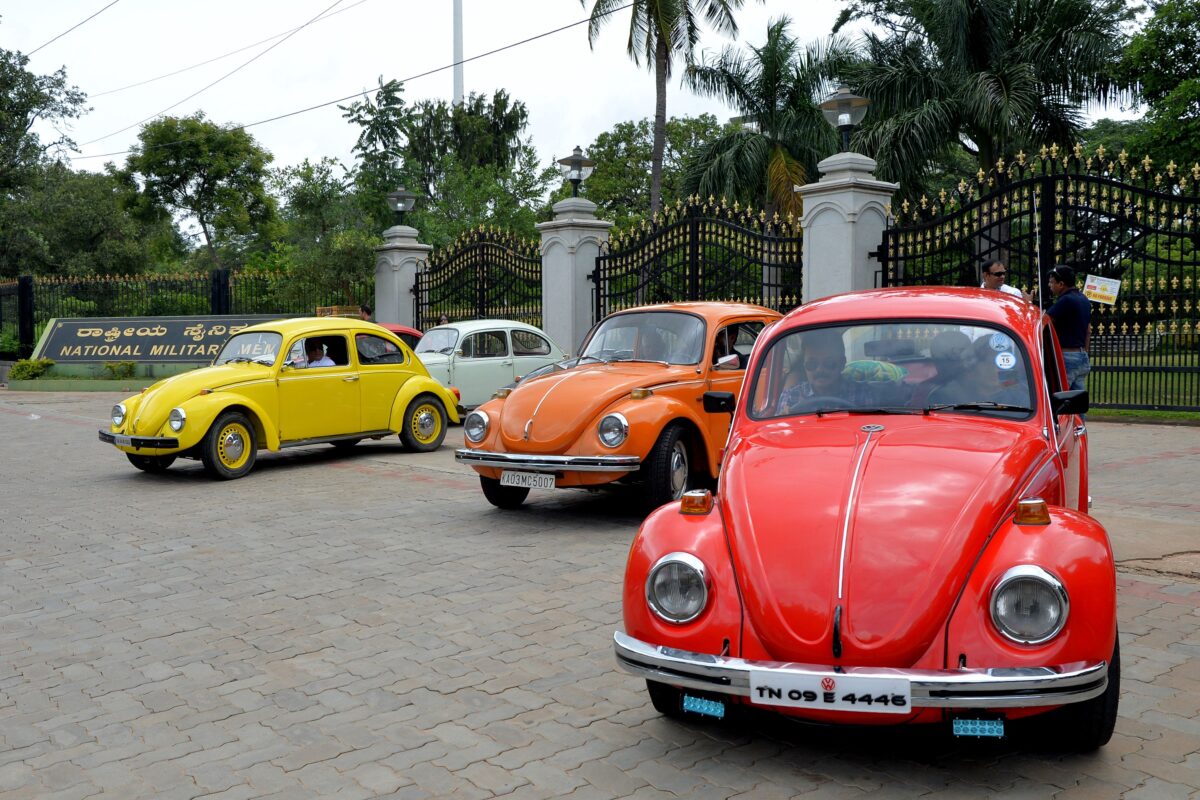 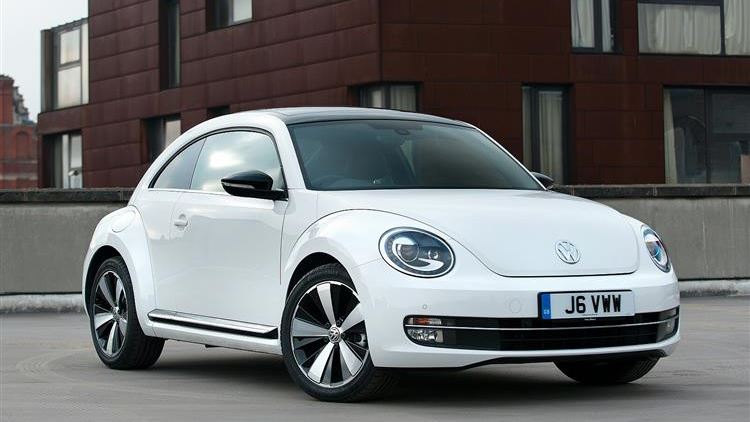 The Volkswagen Beetle—officially the Volkswagen Type 1, is a two-door, rear-engine economy car, intended for five occupants. The concept came from the leader of Nazi Germany, Adolf Hitler, who wanted a cheap, simple car to be mass-produced for his country’s new road network, Reichsautobahn.

Designed by Ferdinand Porsche, the Type 1 was affordable, practical and reliable. Three decades later, the type 1 affectionally known as ‘the bug’ became a symbol of the 1960s.

The old Beetle didn’t consider safety a top priority, as the car didn’t come with rear seatbelts, airbags or any of the clever safety features we consider a necessity today. The classic bug was unable to reach speeds over 55mph, considered more of a city car, happy to drive around town at low speed. There is also no power steering, as most of the weight is on the back wheels, so the wheel is very light to turn.

Simple to fix with mass-produced interchangeable parts, easy on petrol, adorable design, and brilliantly advertised through campaigns like ‘lemon’ and ‘think small’. A million Type 1s were being made each year by 1971 and the car was so adored that The Love Bug had grossed £39 million at the box office. If you wanted a small, cheap, reliable car to bum around California in, the Bug was it.

Although less powerful than other cars in its class, the VW Bug engine was simple, economical, and easy to repair. Air-cooled engines do not have water pumps, thermostats, hoses, or a radiator, and the dry weight of an air-cooled engine is lighter than a comparable water-cooled engine.

The Beetle of the 1950s, 60s and 70s looked much like the Beetle of the late 1930s and 1940s. It had a front hood that came down between the headlights, relatively low bonnet and tapered back end with a pointed trunk that gave the car its Beetle-like look.

However, the Beetle underwent many changes in the sixties, pull-type outside door handles replaced the push-button type. Engine size increased to 1200cc in 1961. The fuel pump was relocated to right of distributor and the generator was now separate from the block.

The modern VW beetle that we usually see on the streets today is more Golf than classic beetle. The interior’s includes aspects of the retro styling – there’s a slab upper dash reminiscent of the original’s, complete with tiny glovebox – but otherwise it’s just functional. Although the modern Beetle obviously resembles the classic, it hasn’t quite struck the same chord as the Type 1 or the ’98 car.

One thought on "Classic vs Modern: Volkswagen Beetle"

Gifts For Car Lovers This Christmas